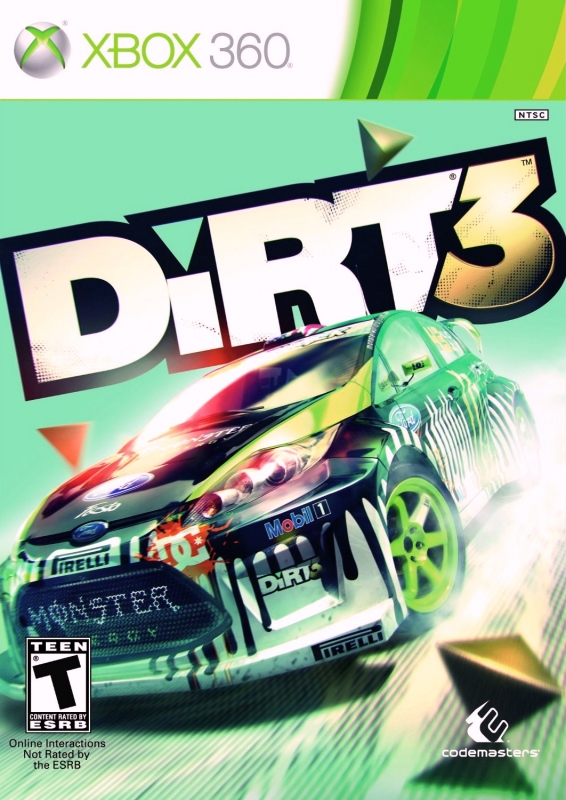 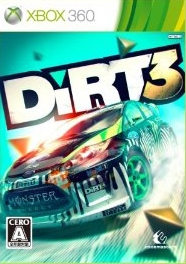 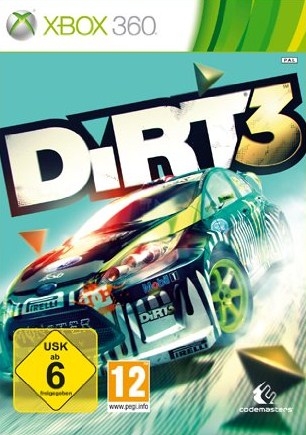 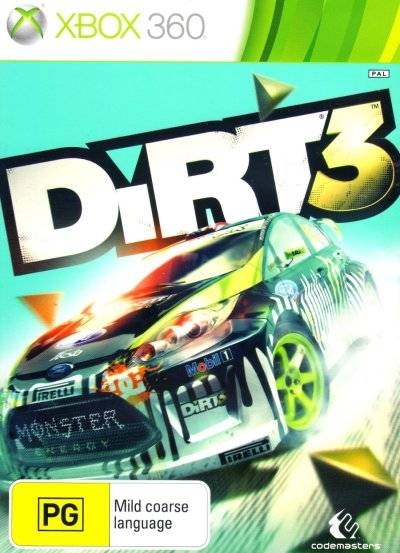 No one matches Codemasters when it comes to making excellent racers year in year out like clockwork. They’re truly in a class of their own. And when the racer in question is from the DiRT franchise you know you’re not going to be disappointed. The same is true of DiRT 3, which combines all that was successful in DiRT 2 with all-new Gymkhana segments and party game multiplayer modes, along with the advances in graphics that we’ve come to expect from Codemasters’ racers.

The main tour structure has changed slightly. The trailer/RV has been replaced by a more simplified menu structure reminiscent of the original DiRT). In all, you’re looking at a minimum of 15 hours of campaign gameplay, but more likely 20 or so... which ordinarily could have the potential to become a tedious grind, but the DiRT series, with its mixture of different race types, has always excelled at offering varied racing experiences. DiRT 3 sees the return of classic modes: Rally, Trail Blazer, Head 2 Head, Land Rush and Rally Cross, and adds new ones which can all be grouped together under the title of Gymkhana; events that are all about performing ‘tricks’ and stunts (i.e. showing off).

Eventually, you unlock the DC Compound; a Gymkhana mode which takes place on the grounds of the old Battersea power station in London. This acts as both a practice ground for the honing of your Gymkhana skills as well as its own self-contained mode, where you can complete missions and discover hidden packages at your own pace. It’s like a playground for cars, and offers up something a little outside of the norm.

All of these different activities feature in the DiRT Tour mode, which is one of the main reasons DiRT 3 is able to hold your attention longer than most racers. Bored of plain Rally? Well opt for a Rally Cross event next where you race against other vehicles. Bored of standard races? Hone your Gymkhana skills in the DC Compound or compete in one of the freestyle Gymkhana events. 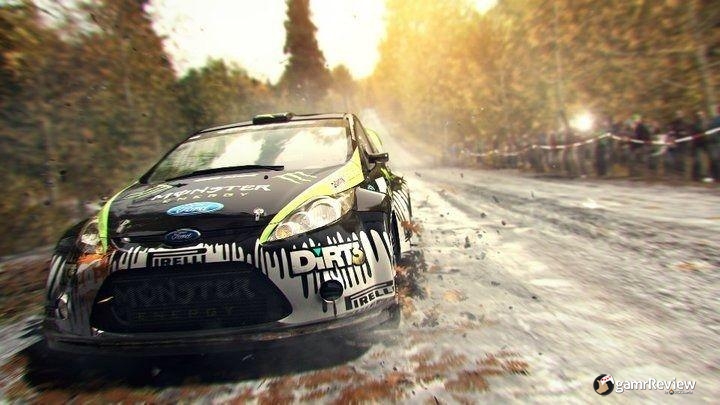 That’s not to say there aren’t times where you’ll grow weary. Whilst everyone will find race types they enjoy, they will likely end up disliking a couple of them as well. Such racing types then come to feel like filler in between the good stuff. The number locations can also feel quite limited (though nonetheless diverse, including the likes of London, Kenya, Aspen, Monaco, etc.), and so track variety is introduced by offering up a plethora of alternate routes, backwards versions and different weather conditions. It means things can start to feel repetitive, even if this is mitigated somewhat by the gradual introduction of variations.

Gameplay is traditional DiRT fare – an addictive mix of simulation and arcade racing styles that’s both enjoyable and challenging. As you would expect, there are plenty of options to adjust settings, assists and difficulty. New to the franchise is the ability to specifically tune the AI’s difficulty level – a very welcome addition. Instead of purchasing cars, as you used to, you unlock the ability to race in them (a minor change; the end result is very much identical), and there’s now a specific division between the decades, so you’ll find yourself racing in vehicles from different eras.

DiRT 3 continues Codemasters’ reputation for making absolutely stunning racing games; the graphics are exceptional. It’s a cliché to say that you were so distracted by the visuals that you crashed out, but this truly happened to me towards the end of one of the Finnish tracks. I can’t help but feel the vista was positioned there for that precise reason. Landscapes are lush, all of the tracks absolutely beautiful and stunningly lit, and the plethora of weather settings – snowy, windy, rainy, dusty, rainy, sunny – are a sight to behold. The more extreme ones – like snowstorms, or night time races – are marvellous and introduce new challenges thanks to the way they obscure your vision. 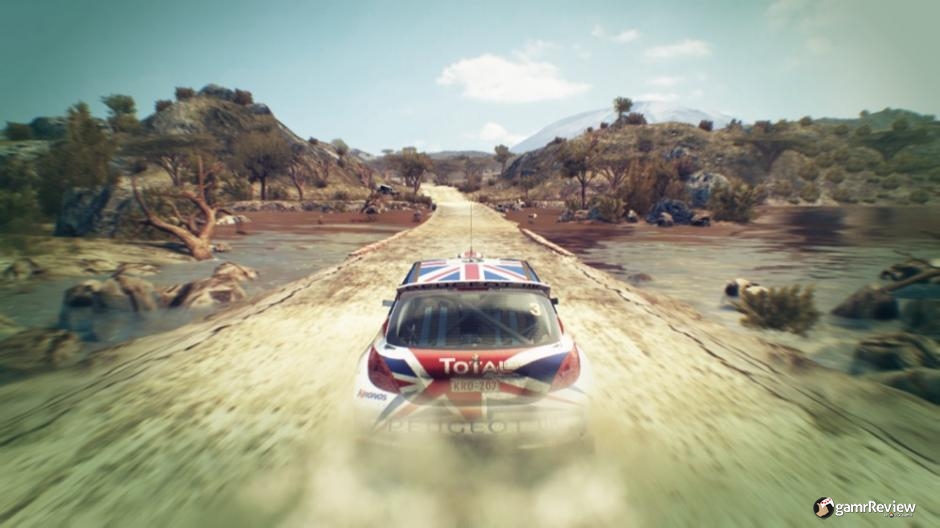 Damage physics and modelling, which the EGO Engine is famous for producing, feature in all their glory. You’ll lose tires, doors, windows, bonnets, and scraps of your car; dent, mark and deform your vehicle, and truly enjoy the game all the more for it, doubly so if you’re using the superbly detailed in-car view. The flashback feature also returns, which allows you to watch those fatal, glorious crashes over and over again (and you will, trust me), before restarting at a point of your choosing sometime before your demise. Twinned to this, you can also upload clips to YouTube, if that’s your kind of thing.

‘So it’s perfect, right? Why haven’t you given it a 10 for presentation?’ Trust me, it would’ve been a tempting proposition, one that I would have agitated over for some time. Unfortunately, sound design and certain areas of menu presentation are so frustrating that they made it any easy decision not to give it top marks in this department. In-game, everything is great; engines roar, purr and whine appropriately, tires screech, and there’s a great licensed soundtrack which plays when you’re working your way through the menus.

The negatives are all outside of the gameplay. Unfortunately, Codemasters have sought to introduce the dreaded beginnings of a story, or at least characters and dialogue, to the series. You have a team, you see, of advisers and annoyances, and they see fit to hold your hand through every new section of the campaign, as if you’re too stupid or dense to figure anything out for yourself. These portions of unnecessary, tedious and slightly cringe-worthy dialogue are, alas, entirely unskippable, so as soon as you’ve finished playing a personal game of ‘guess the horrific accent’ you’ll be more than fed up of waiting. Note to Codemasters: less hand holding, peddle back on story elements, only introduce dialogue if it’s absolutely necessary and let us skip the tutorials, thanks. 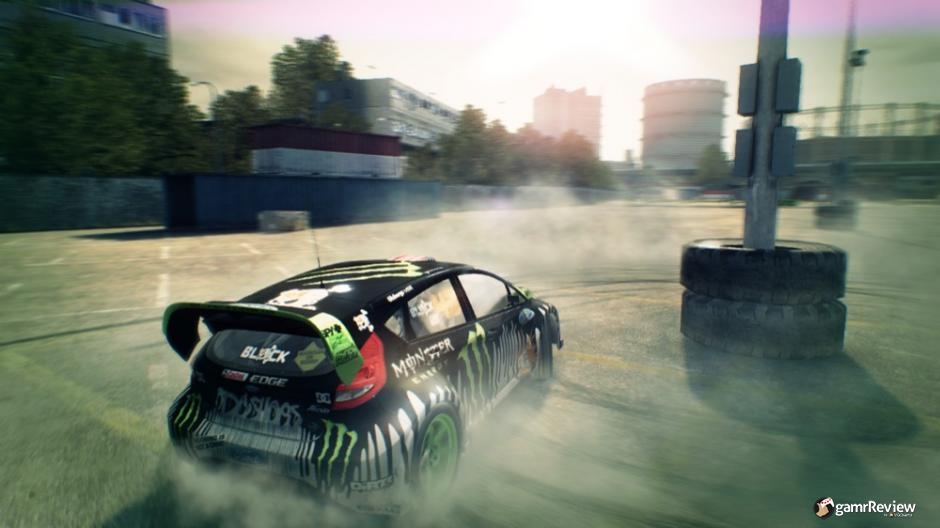 The DiRT franchise was a bit slow off the mark when it came to online gameplay this generation; DiRT’s online multiplayer can be neatly summed up as glorified real-time time trials. Not fun. Now Codemasters have come full circle - DiRT 3 comes bearing zombie cars, cats and mice. Fun. They’re part of a new collection of online multiplayer modes drawn together under the title of party games. They’re mostly fun diversions (diversions being the key word here). Not entirely fleshed out (only a handful of limited maps) or balanced (rarely will the uninfected win in a packed zombie game, for example), but fun and bursting with potential. A stepping stone to greater things in the future, I hope, be it in the form of DLC or in their next hybrid racing title (give us GRID 2 already). I can even see Top Gear’s rendition of car football slotting perfectly into the mix.

Infection (zombies) is initially the best of the lot, but grows old much faster than Cat and Mice, where the Cats chase down the Mini Cooper Mice and attempt to hold up the opposing team’s mouse so that theirs can get to the finish line first. Transporter (capture the flag) is also enjoyable, though I would have preferred the team version of Transporter to have been a more classic version of ‘capture the other team’s flag whilst they go for yours’, with a large map and each team based at either end, rather than the ‘hectic free for all on a tiny map’ that it is at present. Invasion is easily the worst: hit robot cut-outs for points, avoid the cityscape cut-outs which deduct points. Meh. 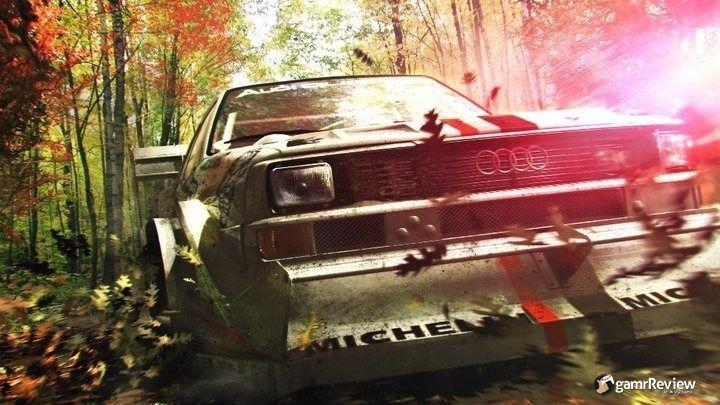 All of the single player racing types can be played in multiplayer – even the DC Compound and Gymkhana - both competing solo or as a team, with up to 8 players, online multiplayer or offline split-screen. There’s also a non-HUD, assists-free and forced camera ‘Hardcore’ mode. My only value complaints rest on the number of locales – a few more would’ve been great – and the way the party games don’t yet feel fully fleshed out.

Always a joy to look at and enjoyable to play, thanks to its superb visuals and tightly honed gameplay, I highly recommend DiRT 3. This is, without a shadow of a doubt, Codemasters’ most packed racer ever; from the single player (campaign, time trials, single race, DC Compound and stats galore) to the multiplayer, it’s brimming with content and adds more than enough to the franchise to justify a third entry this generation.