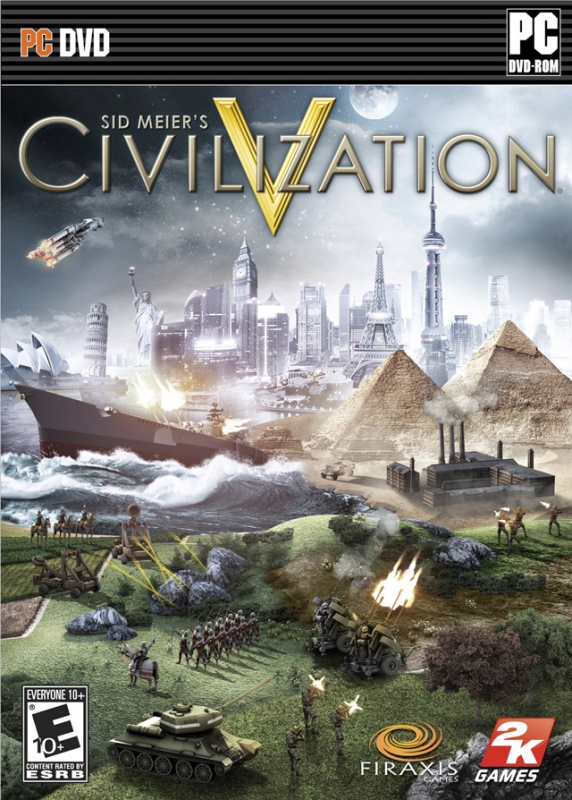 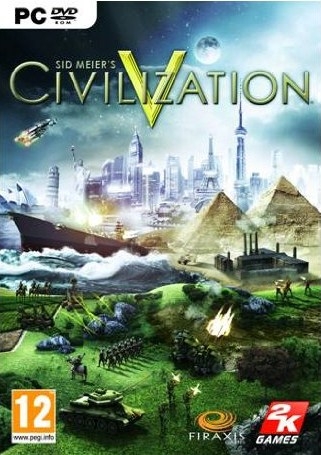 Civilization 5 put a hex on me

Perched on my throne, I take a moment to absorb the wonders of my empire. Notre Dame, Statue of Liberty, Eiffel Tower, too many to count, all built for my glory. Out of the corner of my eye I spy an unpleasant sight: Greek Bomber planes. Apparently Alexander has finished with Russia and set his sights on my Egyptian capital. Unfortunately for him, I have a sky full of jet fighters and a ground covered in anti-air cannons. As sure as my name is Ramses II, I will not lose this fight.

If that sounds good to you, then you either need to check your history books or you play Civilization. In the genre of turn-based strategy games, full of battle simulators and worms shooting bazookas at each other, the Civilization series has always stood tall as king. Civilization 5 is not only looking to maintain its crown but convert a fair deal of new followers into its kingdom.

You take the role of one of eighteen great leaders from history and compete against other leaders all trying to prove that their civilization is the best. You will settle new cities, provide for your citizens, and build your military, all while trying to keep one step ahead of the other guys. If you are looking for a story then you had best bring your imagination. The only stories in Civilization 5 are the ones you craft yourself.

I have never set mouse to any Civilization game before this entry. This likely puts me exactly in the demographic the developers were aiming for. New players will find that Civilization 5 provides a very informative in-game “Civilopedia.” This is full of descriptions of every element in the game and some nice tutorials. The tutorial scenarios introduce you to the most important basics and concepts of the game, in the vein of learning by doing. In these tutorials you will notice that the level of micro-managing is completely up to you. The game will strongly recommend what you should build on any tile. If you want a unit to move from one point to another, it will do the heavy lifting and figure out the fastest way for that unit to get there. You are allowed to set up your workers and cities on autopilot, allowing you to focus more on getting your war on. Now, a seasoned Civilization player might fear this “casual” approach, but fear not - you can control everything down to the smallest detail if you so choose. While much of the action on the field will involve your military, it is important for you to keep an eye on your tiny little citizens. Happy citizens mean more money. Money is the easiest way to gain more territory. While your city will naturally expand its borders due to your population, you will find yourself an ant in a world of giants if you don’t regularly purchase more tiles to expand your land. If you ignore your citizens or forget to grow your cities then don’t be surprised when your competition gains the upper hand.

Speaking of your competition, there has been much work done to make it feel as if you are dealing with the living person. There is a complex AI system under the hood that is constantly at work, attempting to steal victory from you. There are five possible scenarios of victory in the game and each civilization leader will play to their strengths. While Alexander and Napoleon are powerful military leaders, if you start to show signs of out-doing their militaries they will turn on the defensive and begin to focus on the cultural victory. While diplomacy is an option, the AI tends to be quite illogical and will demand more than anyone would ever think fair. Diplomacy just isn’t a useful option and thus will tend to be one you don’t use much. If this is starting to sound like a bit too much to handle on your own, don’t worry, your advisors have your back. They will recommend ways to improve your civilization, either through advice or by placing their seal of approval on what you should build next. This can be very useful for new players needing guidance or seasoned players late in the game when their attention is being spread thin.

On top of other civilizations, new to Civ 5 are smaller city-states that you will find around the map. These are more generic cities; you can befriend them or conquer them, much like regular cities. They will not buy tiles and can safely be ignored in most cases. However, they can be powerful allies when it comes to setting up trade in resources or for voting in your favor for a United Nations-style victory. Another new feature is the ability to spend your cultural points towards adopting social policies. This replaces the previous system of defining a government and religion. These work as civilization-wide bonuses and can really help in customizing your empire to fit your play style. Social policies are the pathway to a cultural victory. If you are itching to make stuff ‘splode, there is plenty of action to be had with your military. Taking control of all the other civilizations’ capitals will result in the domination victory. All cities have the ability to bombard marauding troops, making the phrase “fools rush in” especially true in Civ 5. No longer are you allowed to stack military troops in a giant tower of death. Instead, they must be placed strategically on the map. Knights and men who employ really large sticks go at the front while it would be best to put your archers and other ranged units at the back.

There are many factors that go into how a battle will play out, going well beyond just who is stronger. Are you attacking in a group? You get a flanking bonus. Is your enemy in a forest while you're on open terrain? They get a defensive bonus. These factors are not simply placed in front of you while the game waits for you to get out your special Civ 5 decoder ring. It gives you the Vegas odds of how your attack will most likely go down before you act. When you do attack, enjoy watching your little virtual men fight and die for you. Units visibly atrophy when damaged, while the survivors gain experience and level up.
One of the greatest joys to be had playing this game is advancing your technology faster than the other guys. I actually laughed out loud when I sent a unit of riflemen against an opponent’s knights. Never bring a knight to a gun fight.

Say you are inclined to win without war. Civilization has a victory path for you. You could put more resources into science and be the first into space, winning you the Nerd… uh, Science Victory. You could build numerous world wonders and try for a cultural victory. Or you could simply run out the clock and survive till the year 2050, when the game ends and whoever has the most “points” wins. There are occasional sections of a session that will feel like you're waiting for something to happen. There were times I found myself contemplating warring with another civilization just to pass the time while I waited for my civilization to discover plastic. It is this occasional feeling of waiting for the good stuff that keeps the game from being truly engaging from beginning to end.

The developers have been quite proud of their choice of the new hexagonal tiles over the square ones of old. After spending some quality time with the game I can see why. Thanks to the round world we live in, squares are just an awkward way to display a map outside of a city. A soccer ball – for instance - is not covered in squares. The art department took the hexagonal set up and made a world that feels very natural and alive. Not only do the landscapes flow into one another smoothly, but just wait until you see the animals. Elephants, horses, and whales are animated just enough to seem alive, but not so much that you question why the whales always live in exactly the same tile for centuries. Your human units animate well enough that after a few hours of play you could actually become attached to these virtual people. Speaking of virtual people, the AI leaders are modeled after real historical figures and much has been done to ensure they look and sound like them as well. When speaking directly with a leader, you will get a full screen visual of them in their natural setting and language. You will find yourself treating them as people, instead of machine-coded bosses. You should plan for the inevitable moment that you find yourself flipping the bird towards your computer screen when negotiations with these immortal leaders go south. The menus could have easily been a cluttered mess given how expansive the game is, but it is all very clean and modern. The “Civilopedia” is easy to navigate and search through, making it a very welcome addition. One exciting feature is that “Mods” is a section on the main menu. At the time of reviewing it is hard to judge the outcome, but one can safely predict that a devoted fan base will keep the game fresh and interesting via these mods.

Finally, the sound design is practically perfect in every way. Both the voice acting of the AI leaders and the ambient music are excellent. Depending on what civilization you are hovering over, you will hear culture-appropriate background music. Little touches like the sound of workers toiling, the roar of the ocean when over water, and the trumpet of elephants all help to immerse you in this tiny world in your computer. The game is fully playable without sound if you would rather attempt to conquer the world while listening to your Ke$ha station on Pandora (hey, I’m not here to judge).

My first play through of the game (tutorials aside) gave me around 15 hours of play. Then you can go through the game with different map types, 18 different civilizations, and multiple difficulty levels. That’s just the single player. There is already DLC available, with more promised in the future. Don’t forget that the mod community will surely start to step in and deliver even more content. You will need a decently powerful rig to be able to get the most out of the game, but that is par for the course gaming on a computer. I see this game having a long life, with many reasons to play through again, which is great value no matter how you look at it.

Civilization 5 is quite similar to being in a relationship. At first - when everything is new - you are full of questions. Soon, you get used to the quirks and feel like you can really begin to get beneath what’s on the surface. When you aren’t playing, you are thinking about playing. You make a couple mistakes and have to fight some other guys off, but your quick thinking pays off. Somewhere, near the end of the game, you look back on what you did early on, swearing you’ll never make those mistakes again. Eventually, win or lose, you want to play again.