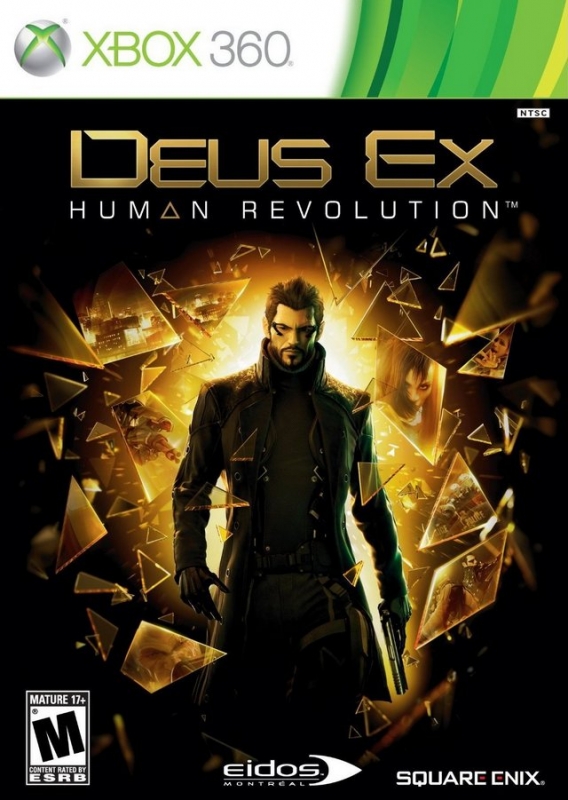 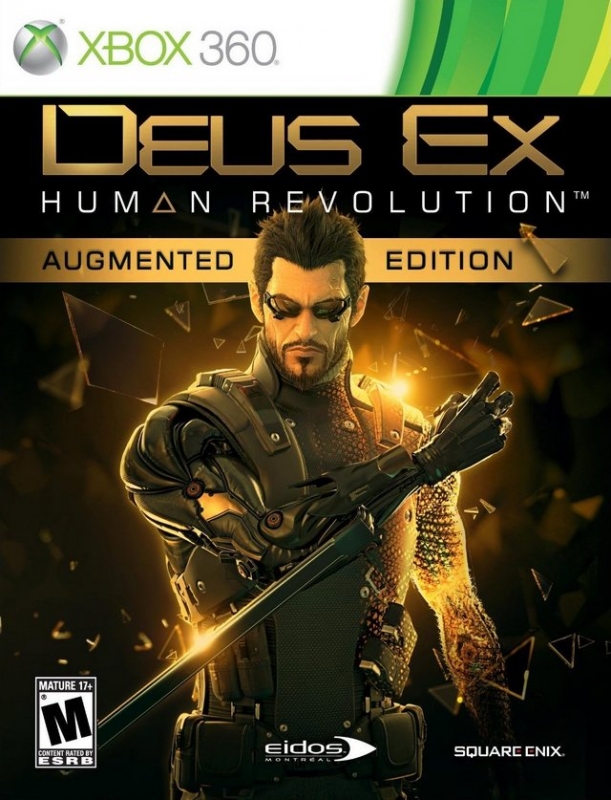 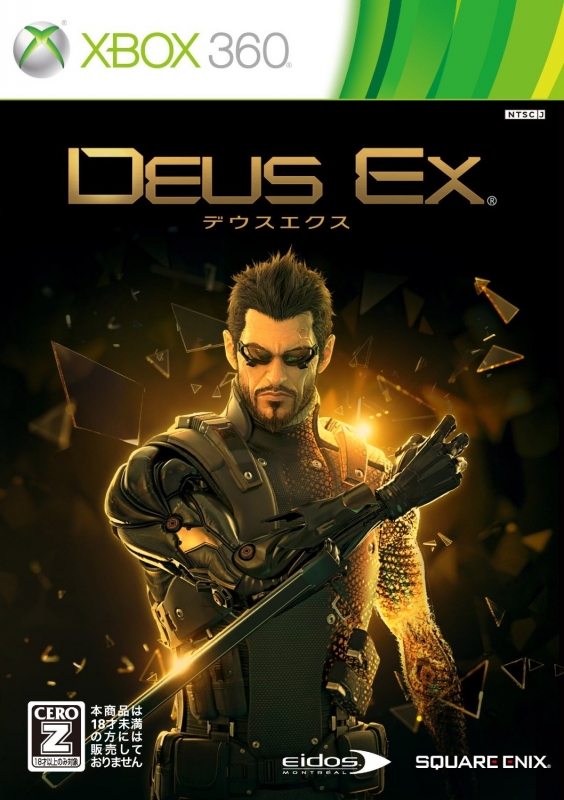 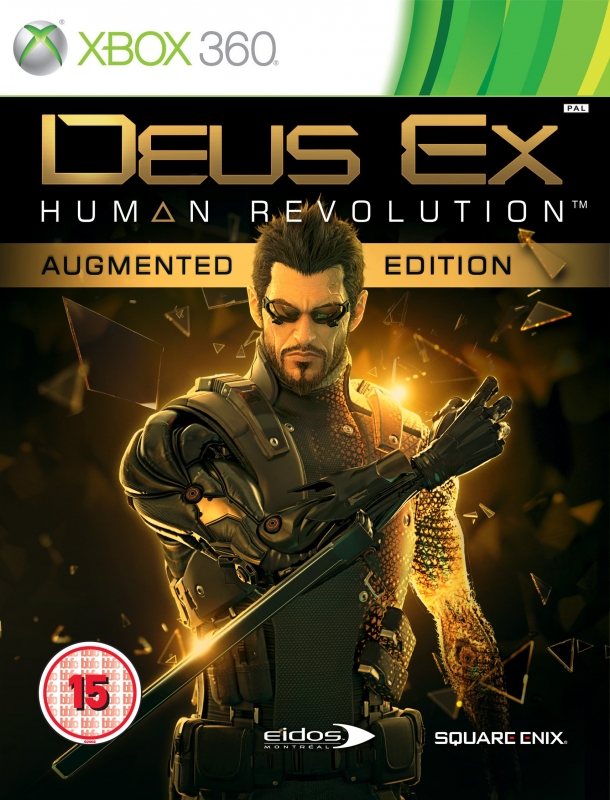 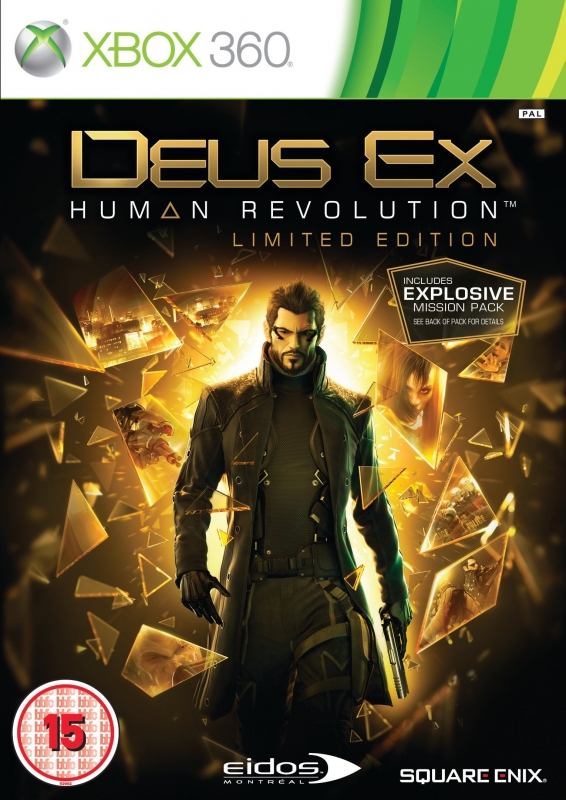 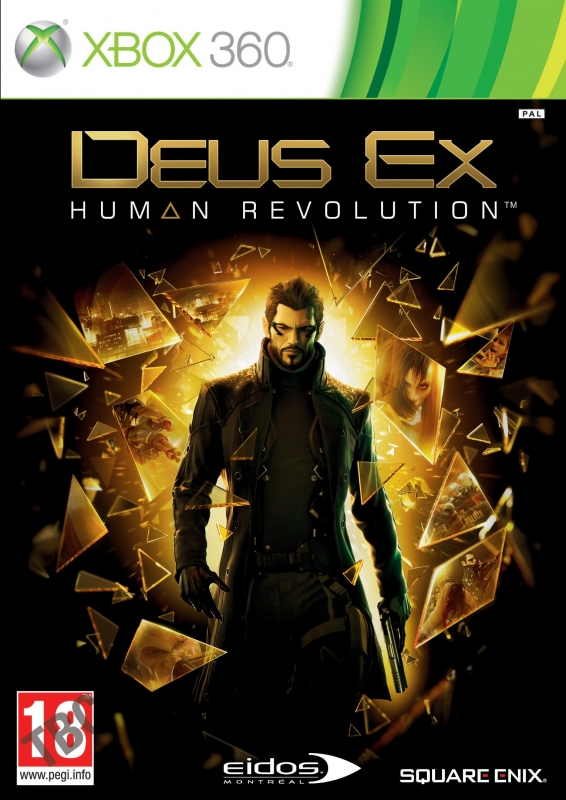 William Gibson will be proud.

Cyberpunk is one of my favorite sub-genres of science fiction. Authors such as Neil Stephenson (Snow Crash), Phillip K. Dick (Do Androids Dream of Electric Sheep?), and of course William Gibson (Neuromancer) have captured my imagination time and time again with their tales of cybernetics, big corporations, and bleak future Earths. Needless to say, that made me a fan of such cyberpunk games as Shadowrun, System Shock, and, of course, Deus Ex. It's been eight years since the last Deus Ex game and more than ten since one people actually liked, so all those new trailers hit the gaming world like a typhoon of awesome. The question is: did the game live up to those gorgeous trailers?

Deus Ex: Human Revolution is set in 2027, making it a prequel to the original Deus Ex by about 25 years. You play as Adam Jensen, an ex-cop who was fired from the force under ambiguous circumstances, then hired on as the chief of security for Sarif Industries, one of the leading biotech companies behind the recent human augmentation market. It didn't hurt Adam's chances that his ex-girlfriend, Megan, is the head researcher at Sarif Industries. Then things go horribly wrong. Some highly augmented mercenaries come in and trash Sarif Industries, apparently kill Megan, and put a bullet between Adam's eyes after throwing him through a wall. What does Sarif do? They take a page from Robocop and rebuild Adam with top-of-the-line augmentations for every part of his annihilated body. Now he's bigger, badder, and ready to find the people who tried to kill him.Primarily, Deus Ex: Human Revolution plays like a first-person shooter with third-person shooter elements. Walking around and some gunfighting is done in first-person, while dropping into cover shifts the game into third-person perspective. These mechanics are tight and work very well. Cover can be taken pretty much anywhere and the game doesn't feel like some other cover-based shooters do, where you walk into a room and know there's going to be a firefight due to strategically placed cover. Rather, all the environments in Human Revolution feel authentic and organic. Cover makes itself readily available due to the objects that would normally appear in a room. Enemy AI is good, for the most part, but can be fairly predictable and is prone to occasional glitching.All the cover and shooting works well, but you rarely have to fire off a round if you choose not to. Deus Ex: Human Revolution is all about choice. In any situation, you can go guns blazing and kill everyone in sight, or you can sneak around and find alternative routes. Hacking into locked rooms or finding air ducts can get you around large groups of enemies. If faced with a turret or dangerous robot, finding the control terminal and hacking it can make it docile or turn it against the hapless human enemies that surround it. The choice is entirely up to you. Supporting this system of choices is the upgrade system. As you gain levels, you gain Praxis points. These points are then used to purchase upgrades for Adam's augmentations. You will never have enough points to purchase all upgrades, so it's important to choose upgrades that support your playstyle. Want to plunge headlong into the battle? Upgrade your dermal plating, aiming, sprinting, and unlock the Typhoon; an area of effect explosive weapon that decimates everything around you. Want to make Adam do his best Solid Snake impression? Put your Praxis points into walking and running silently, a cloaking device, and seeing through walls. Feel like being Mr. Anderson before he swallowed the red pill? Put all your dots in hacking so you can unlock doors, gain extra XP, and turn those nasty turrets against your foes. There are even some abilities like punching through walls and the Icarus System that allow for additional ways to go through an area. Therein does lie a drawback, however. You DO have to fight and kill a few bosses in the game. If you're like me and focused on stealth and hacking, you'll be in for a rough ride with the boss battles. So while it seemed like much of the game favored my version of Adam that could hack anything and move invisibly, these powers were for naught against a powerful foe.Weapons are similarly upgradeable in Deus Ex: Human Revolution. Weapons range from small handguns like the 10mm pistol and Stun Gun up to heavy artillery like the Plasma Rifle. Any weapon can have up to three upgrades added to it. These can be ammo capacity upgrades, cooling, silencers, damage upgrades, etc. Those favoring stealth will like adding silencers to their smaller weapons or rifles, while damage dealing players will go for bigger magazines and better damage. The assortment of weapons was also fairly impressive, with each weapon having its benefits and drawbacks. There was no one gun that beat all the others for all situations, but rather different guns to fit different styles of play. Similarly, the grenades and mines could be used to either kill or stun just like the guns.I did mention hacking, didn't I? If you like hacking (which I did), there are many opportunities to use this skill in Deus Ex: Human Revolution. It plays like a mini-game in which there are nodes in the computer system. These nodes take longer to hack and have a higher chance of discovery by the local tracing program if they are higher level. These nodes are configured in such a way that you have to hack several of them to unlock the computer. Along the way are nodes that can hinder the local tracking program or nodes that give you bonus XP or viruses once you finish the hack. Speaking of viruses, you can employ the Nuke Virus or Stop Worm as you're hacking. The Stop Worm temporarily halts the tracing program while the Nuke Virus hacks a node with no chance of discovery. This minigame is very difficult at first, but certain upgrades make hacking a fun, challenging task all throughout the game. There is a fourth style of gameplay that comes in the form of a sort of social kung-fu. These are rare, well-honed explorations of character in which Adam engages in what is essentially a conversational boss fight with an opponent. You choose responses based on what you know about the character and how they react to what you say, but you can also purchase social augmentations in which Adam observes eye dilation, heart rate, and perspiration to gauge how a foe is reacting to what you're saying. While these are great conversations and explorations of NPCs, they're also very rare and very easy. Visually, Deus Ex: Human Revolution is quite beautiful. The level of detail that has gone into every nook and cranny of the various environments is astounding. You can really tell the developers took the time to think about everything. If you enter someone's office, even if you haven't met them and never will, you can see what sort of person they were by the cleanliness of their office and what they had sitting around. The areas are all well designed with lots of hidden places and alternative paths to explore. Most of the game is spent on missions, with large, often multi-building facilities standing between Adam and his objectives. However, there are a few times when you get to wander one of the city areas of Detroit or Hengsha. These are sprawling areas with plenty of exploration, though they felt a bit empty to me. There were people wandering the streets, but not nearly in the numbers I would expect from a major city. Nevertheless, the people there could be interacted with and there are even some side quests that can only be found by speaking with NPCs on the streets. Where the visuals falter is in the pre-rendered video. While the in-game graphics are crisp and bright, the pre-rendered videos are too dark and seem to have a filter over them that blurs the details, a problem particularly pronounced on the console versions. Sometimes it's even hard to tell who the characters in the videos are without context.Other than the pre-rendered videos, the presentation is flawless. The voice actors are great, even if Adam sounds eerily similar to Christian Bale's gravelly Batman. The art direction feels very much like other cyberpunk settings and yet sets itself apart with the focus on contrasting black and yellow tones. The story is one of the best I've played in years, even rivaling movies and television shows for depth, cohesiveness, unpredictability, and flow. Even the little side-quests were all worthy stories of people doing their best to live in a world being torn between augmentation and what it means to be human. That speaks to how well Eidos Montreal built the world of Deus Ex: Human Revolution. I was sucked into the world and the conflict they were drawn into. It made me think about where I would stand in such a crisis of faith and technology. It brought transhumanism into question without bashing me over the head with it. Human Revolution can be run through in eight to ten hours if you're trying to speed run, but that would miss out on the value that's really in the game. I lost hours to exploration, finding hidden areas, speaking with people, and attempting side-quests. While I wish there had been even more side-quests, generally the game has good value. It took me about 15 hours to finish the game, but every main story mission or side-quest can be played through in a variety of ways, adding enormous replay value to what would seem like either a very short RPG or a very long action-adventure game.Deus Ex: Human Revolution is one of the best games I've played in recent memory. It is one of those few gaming experiences that delivers the whole package: gameplay, story, graphics, and the choice to play the game in multiple ways. It then goes beyond all that with a story which, despite its very Robocop-style beginning, comes off as original and poignant, making you care for the characters and the world at large. It left me wondering what will happen to that world in torment (even though I know, since this is a prequel) after the credits roll and I leave that black and yellow masterpiece behind me. Human Revolution is a true successor to the Deus Ex name.