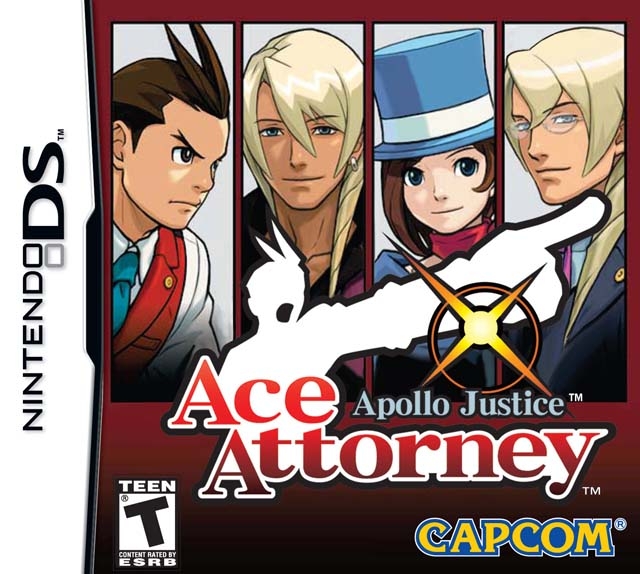 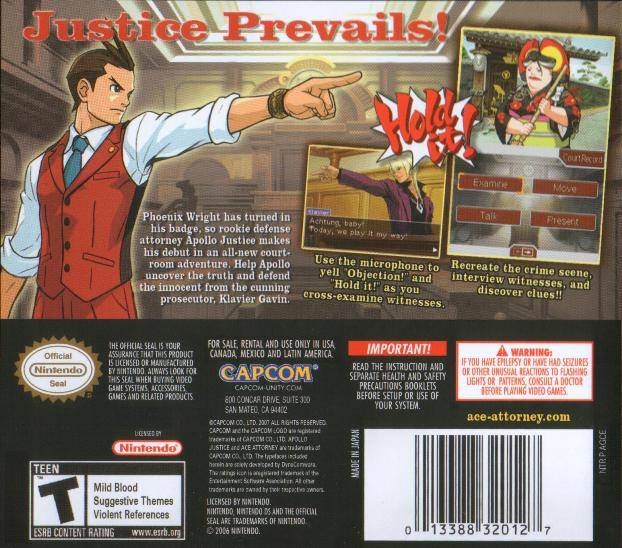 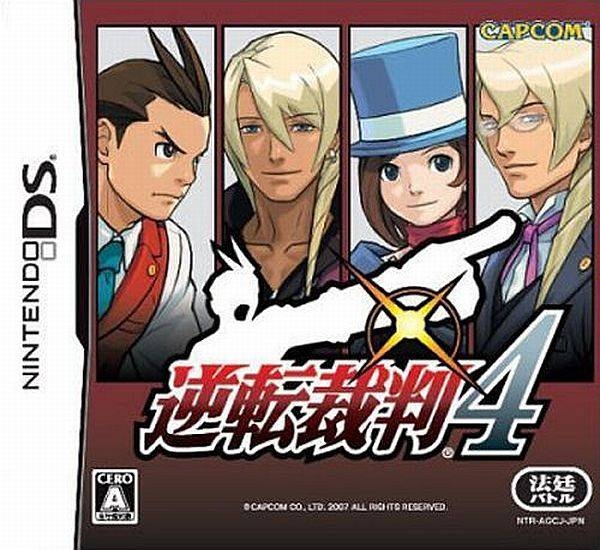 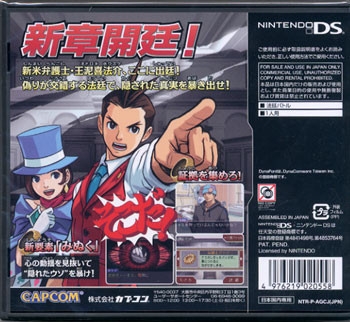 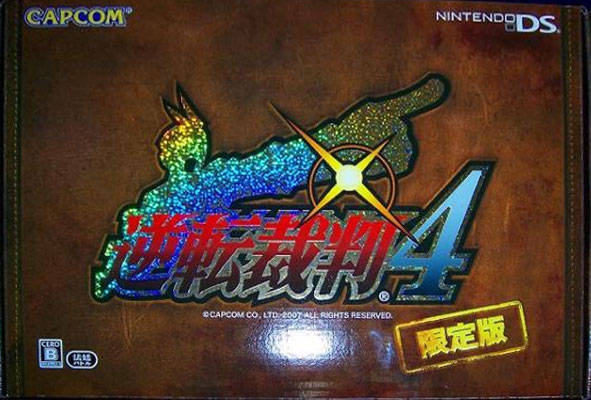 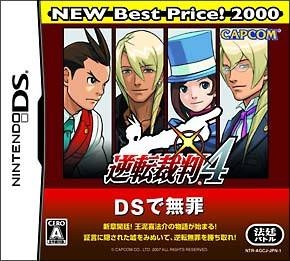 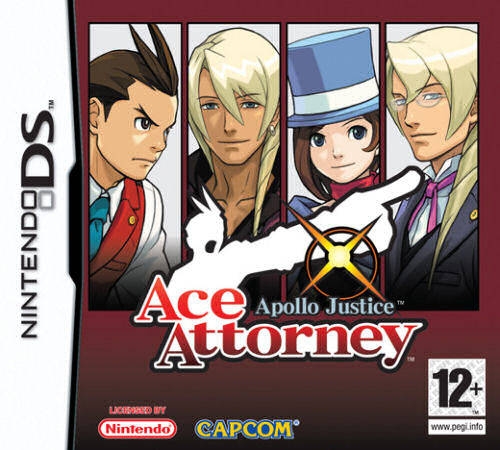 Phoenix takes a backseat in the latest Ace Attorney effort from Capcom.

Rarely do visual-adventure games receive much hype and attention in this day and age, but don’t tell that to Capcom and its incredibly popular Ace Attorney series. After originally releasing and porting the first three entries of the series on the GBA and re-releasing them on DS a few years later, Apollo Justice: Ace Attorney, the franchise’s fourth title, has launched exclusively for DS. At this point, fans have an idea of what to expect from the series; whether it be cross-examining witnesses in a heated courtroom battle, snooping around dozens of locales for evidence, or taking part in the plethora of conversations with all of the zany characters that each game possesses. And while Apollo Justice throws in a few new concepts that aren’t particularly satisfying, the game still manages to accomplish what it’s supposed to, which of course is to still please returning fans.

Like its predecessors, Apollo Justice puts players in the role of a budding defense attorney. Only this time, instead of playing as the titular Phoenix Wright, you play as up-and-coming defense attorney, Apollo Justice – hence the game’s title. That’ s not to say that Mr. Wright is absent in the game, as he may be more integral to the game’s plot this time around than ever before. Apollo Justice actually takes place seven years after the third Ace Attorney title, and in that time players discover that Phoenix has actually lost his defense attorney badge. In the course of four new cases, your task is to discover what caused the famed defense attorney to lose his badge while solving and “beating” each case by successfully defending your clients in the process.

Once again, there’s just about nothing missing on the narrative side of the spectrum, a feat that every Ace Attorney title thus far has executed profoundly. Interacting with the colorful cast of characters never feels forced or too lengthy. Comical scenes are almost always laugh-out-loud worthy, and much more dramatic scenes will no doubt have you at the edge of your seat. Of course, with the dialogue returns every other aspect of gameplay that players have come to love with Ace Attorney games, including searching for and examining countless pieces of evidence that eventually lead you to the fast-paced courtroom action that has made the franchise what it is today. It is a little odd doing it all with a completely different cast of characters that aren’t quite the as engaging as prior Ace Attorney mainstays, but you can’t blame Capcom for attempting to change things up a bit before things went too stale.

What you can blame Capcom for however, is the new Perceive gameplay gimmick that falls flat on its face in a hurry. Taking the place of the Psyche-Lock power that Phoenix was able to do in previous games, Apollo’s ability to Perceive derives from a bracelet that notices a small habitual shift in a hard-to-break witness. If you are unable to spot a contradiction in just testimony alone, the bracelet will let Apollo stop time and search for the witness’s bad habit via a zoomed in version of the said witness on the touch screen, whether that is a small twitch or irregular mouth movements while talking. Unfortunately, these instances are all much more frustrating and time consuming than need be because the nervous habit could be just about anything on any part of the body at any given time of speech. The good thing is that the game isn’t watered down with these moments; they just appear here and there throughout each of the four cases.

Most of the other added gameplay features are much more subtle yet much more welcomed, and maybe even familiar if you’ve played the fifth case in the first Ace Attorney title. You can now fully examine an item on a fully 3D plane thanks to the added horsepower of the DS, making each item that much more interesting to examine and even more important to the case at hand. Also available in the game are plenty of “forensics” instances that also make use of the new DS functionality. Whether you’re filling a shoe print with plaster or dusting for fingerprints to find your culprit, all of it works well on the touch screen and makes nice diversions during investigations.

One of the high points of any Ace Attorney game is the usual top-notch art, sound effects, and lively music that accompanies you along each and every case. Apollo Justice is no exception, and once more Capcom made great use of the DS horsepower that the GBA lacked. Characters are as vibrant and as anime-esque as ever, with many showing off fluid animations that look better than ever before. Beautiful cutscenes recreate crime scenes or pivotal plot moments that look fantastic and bring the game’s charm to life in an explicit way. All of the fun sound effects and DS mic support that allows players to yell the now famous statements like “Objection!” are all present as well. The music isn’t quite as great as it’s been before, but that’s not to say it’s bad; you’ll still find yourself humming a few of the tunes well after you have turned off your DS.

As expected, you’re getting a lot of content (at least 20 hours worth) that’s great while it lasts, but offers nothing special for gamers who decide they would like to replay the game over again. That’s alright though, because usually with these types of games one play-through is going to be enough for most people, as only the most hardcore of fans will decide that they want to replay through the game again, especially right after they have just beaten it. Whether you consider yourself a hardcore fan or just a fan of the franchise, it’s all but guaranteed that you’ll enjoy almost every minute of it. Sure, at this point the gameplay isn’t as groundbreaking as it used to be, but that likely won’t matter much if you’ve enjoyed what you’ve played so far. Just like if you have been watching a certain TV show for a while and you know what to expect but you still watch and enjoy nonetheless, it’s the same situation with the latest Ace Attorney outing. As stated before, even if the cast isn’t quite as great as it was previously, and even if some of the gameplay isn’t up to par, Capcom knows how to please its fans with a few surprising cameo appearances and a final case that may be one of the best the series has ever seen.

I don’t mean to beat a dead horse, but as I’ve said throughout the whole review, if you have liked the previous Ace Attorney games, you’ll like this one as well. Consequently, you’ll still despise the game if you’ve despised previous titles. Apollo Justice isn’t the greatest game in the series, but it creates a satisfying blend of new experiences with a tried-and-true formula that works well in most cases. It’s that formula that will leave you longing for more from the series, whether or not it stars Apollo and the new cast or not.