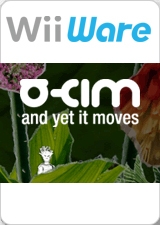 And Yet It Moves (WW)

And Yet It Moves

Is the room spinning for anyone else?

And Yet It Moves (AYIM) is an endearing little puzzle platformer, developed by the independent developer Broken Rules. Originally released over a year ago on the PC, it’s now made its way onto Nintendo’s WiiWare service, where it’s priced at 1,000 Wii Points ($10).

AYIM is refreshingly devoid of story, and any pretences of one. You’re simply thrown straight into the thick of things, learning the controls as you go, with only a handful of little notes stuck around the levels to provide you with some pointers during those first few minutes. The platforming controls are as simple as they get: the D-pad/analog stick moves our anonymous protagonist and the Z button on the Nunchuk makes him jump. But, of course, that’s not all there is to AYIM; it’s not even the main part of it. Much as in LocoRoco, the only way to reach the end of each level is to manipulate the environment. To do this, you press the A button, which pauses the action and allows you to twist and turn the world around by rotating the Wiimote. It’s an intuitive control system that soon becomes second nature, despite finding yourself contorting your arm to its limits at times. 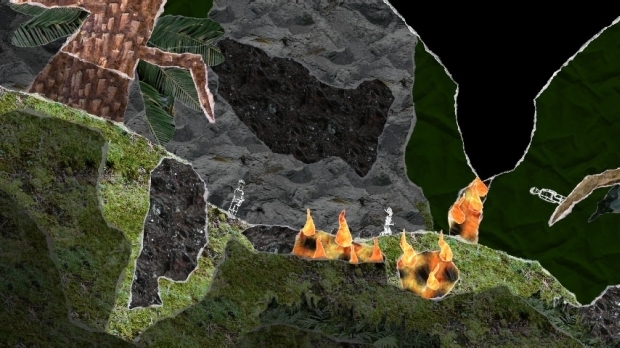 When you rotate the world, everything in it moves, except for our paper cut-out hero. With gravity remaining constant, this allows you to launch him off of platforms, pause the action and rotate the world, and then watch as the laws of physics take over. A seemingly insurmountable wall in your way? Simply pause the action, flip the world on its side and turn that wall into the floor beneath his feet. Or jump, flip the world and then use his momentum to reach your goal. That’s the concept at its simplest, of course, and things certainly get more challenging than that. It’s never actually puzzling though, despite sometimes being tricky, although it certainly takes a page out of Limbo’s book when it comes to the breadth of trial and error (read: death) involved.

Death comes in a number of ways; fall too far and the character will shatter into tiny pieces, touch flames and he’ll catch on fire, touch the blank ink that blotches some of the levels and he’ll spiral into oblivion, and so on. These aren’t on a par with the spectacular, gruesome and impactful deaths of Limbo, but they’re well in tune with the art style and the details in the environment. Since you’ll be dying a lot, it’s a relief to know that there a plenty of checkpoints scattered throughout the levels, often just before particularly tricky segments, so you can jump straight back into the game with minimal delay. 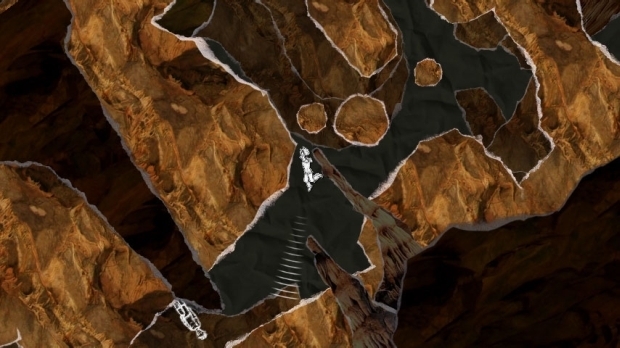 On a technical level the graphics might not stand out, but the art style certainly does with its papier-mâché collage effect. Everything in the world looks as though it’s made out of ripped-up pieces of paper, including the character you control, which gives the game a unique and attractive visual appeal. AYIM is divided into three main segments, with the epilogue effectively forming a fourth (and, in many ways, best) segment. Each has a distinct theme, backdrop and colour palette, which helps to keep the game engaging throughout.

Aside from random but serious bouts of slow down, the main criticism I’m left with from a presentational standpoint is of the sound design as a whole. There’s no real soundtrack to speak of. Instead, there are a wide variety of background noises, which are often unpleasant and unusual sounds that wouldn’t be amiss in an episode of The Clangers. 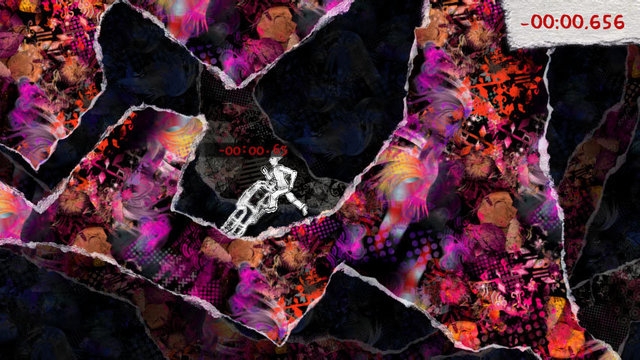 And Yet It Moves took me three hours to complete. Despite perhaps sounding short – it can easily be completed in just one sitting - it actually worked out to be about right. You’re unlikely to be left feeling as though it overstayed its welcome, nor that you’ve been short-changed. There are also a handful of extra modes to explore; from Survival (where you’re only given a set number of lives in a given level), to Limited Rotations (where the amount of times you can pause the action and rotate the world is restricted), to Time Trial and Speed Run. These bonus modes don’t include any new levels or environments though - they’re just variations on the way you play the levels from the main game. AYIM also includes a set of achievements to collect. None of this really adds enough to make most people come back for more though, so unless you’re really enamoured with the game then you’ll probably get the most out of it within three or so hours. 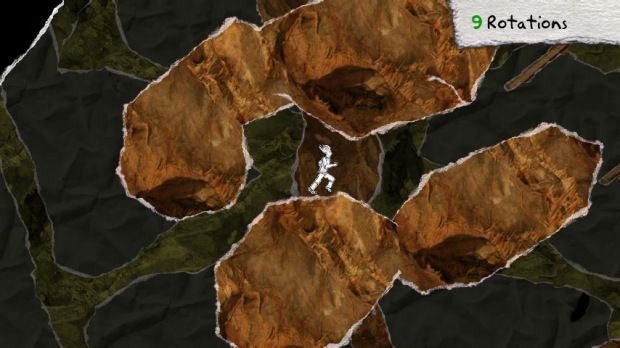 In hindsight, my introduction was a little misleading. Describing And Yet It Moves as a ‘puzzle platformer’ really doesn’t accurately represent what makes AYIM enjoyable; the puzzle elements will never tax your brain, although the challenge of overcoming various obstacles using good old fashioned trial and error is pretty compulsive, and the standard platformer staples of running and jumping aren’t all that strongly represented either. And Yet It Moves is all about its quirky art style and a clever gameplay mechanic which Broken Rules have put to great use, creating an addictive experience for the length of the main game... which isn’t long, so saviour it.