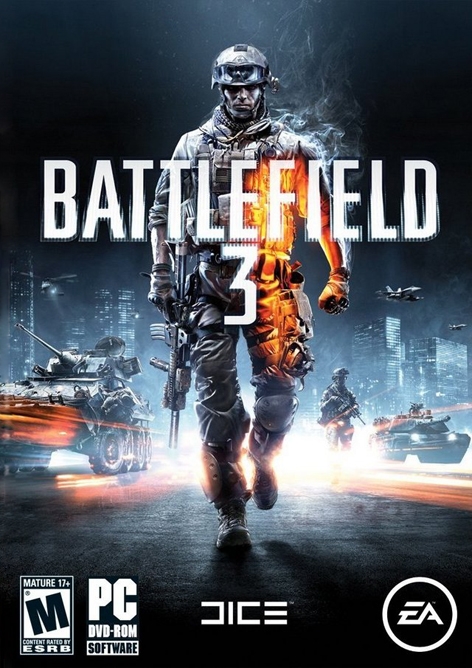 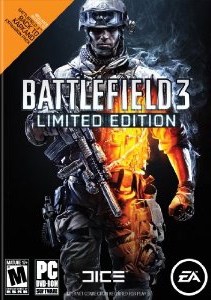 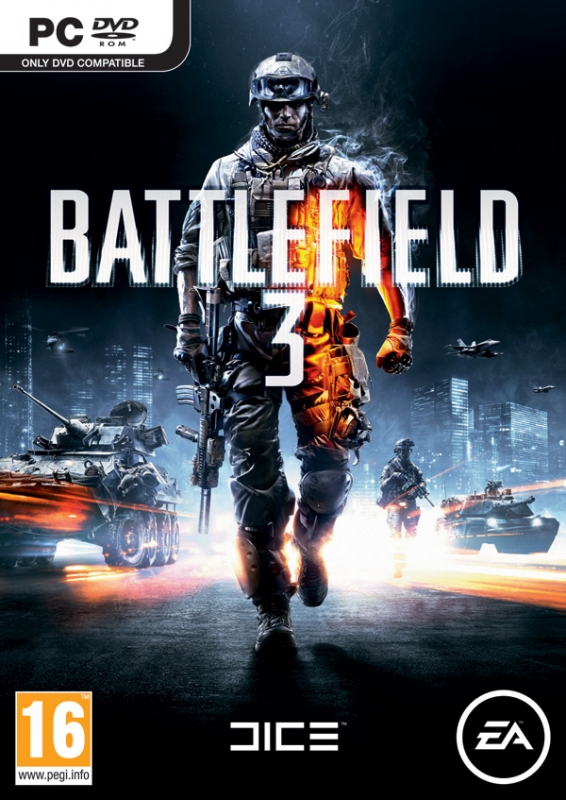 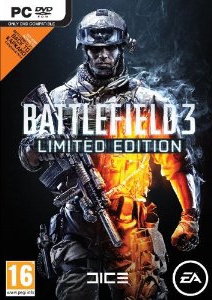 In the world of military shooters, there are few franchises that really set the bar and attract a devout following from game to game. Battlefield is one of these veterans of the genre, known for large maps allowing numerous tactics, large-scale destruction, and a plethora of vehicles. It's been six years since the last numbered Battlefield game, though the Bad Company portion of the series has carried on the Battlefield tradition, albeit with a bit more black humor than the series has generally seen in the past. Now Battlefield has returned with Battlefield 3, and fans of the series or fans of great online multiplayer will not be disappointed. Gamers looking for a great campaign, however, will find this game wanting.

Online multiplayer is the main draw for any military shooter, and Battlefield 3 seems to recognize that very quickly. The number of modes in competitive multiplayer is a bit disappointing, with only six (but really just three) different multiplayer modes. Conquest and Conquest Large are like capture the flag with three different flags. Team compete to control any and all of the positions for as long as possible. Rush and Squad Rush use points to defend and destroy, advancing to new points if and when the first ones are destroyed. Finally, the old and always great Team Deathmatch and Squad Deathmatch make their return. Any of these modes can take place on one of nine very well-designed maps. These vary in size and atmosphere, but all offer great opportunities for ranged combat and close quarters, as well as the trademark destruction of the franchise. Buildings and cover can be demolished if applied the appropriate amount of prejudice (and ordinance), dramatically changing the layout of the map and the tactics used therein. Vehicles are also featured on nearly every map. Some smaller ones may only offer a Humvee or an APC, but larger maps will also offer up tanks, helicopters, jets, and more. The most impressive aspect of Battlefield 3's online multiplayer is the way the game rewards you for teamwork without shoving it down your throat. Laying down suppressive fire on enemies will blur their vision and decrease their accuracy, even if you're not hitting them with a single bullet. If your teammate kills that enemy while they're in this befuddled state, you'll net yourself a nice XP bonus. Assists are granted based on how much damage you did to the enemy before their demise. Even spotting an enemy for your teammates will grant you a benefit. Each multiplayer class in Battlefield 3 also has gadgets that can be used to support your teammates such as throwing down med kits, reviving fallen comrades, or repairing damaged vehicles. Military shooters can't usually walk the line between going all commando on your enemies (Call of Duty) and working as a team (MAG), but Battlefield 3 really finds the balance, making players of either orientation feel like they're competitive and having a good time. If you're tiring of the competitive multiplayer, Battlefield 3 also offers a cooperative multiplayer, though it's rather limited. There are only six cooperative missions, all based in campaign areas and loosely tying into the main campaign. Some may be as straight-forward as repelling an attack, while other require some stealth or even providing air support for infantry from a helicopter.These missions are significantly harder than the campaign, however. The enemies are smarter and tougher than in the campaign, even on normal difficulty. A partner that doesn't communicate well will also harpoon a cooperative mission very quickly. Completing cooperative missions will unlock weapons and other unlocks for the competitive multiplayer and will require multiple playthroughs at varying difficulties to unlock them all, but still the limitation of only six missions is acutely felt. Speaking of that helicopter, it's only during the cooperative and competitive online modes that you can actually pilot a flying vehicle, making the learning curve rather steep when you have real humans trying to shoot you down or getting angry when you keep crashing.Finally, Battlefield 3 does offer a campaign, though it's nothing to write home about. The story is derivative and generic, if very well acted. It's framed through an interrogation and flashbacks as Sgt. Blackburn recounts his missions, a storytelling tactic already used in last year's Call of Duty: Black Ops. The campaign is about six hours long, which is fine for a shooter, but it's very linear and fails to show off the trademarks of Battlefield. There are some nice setpiece moments, but everything is very scripted. Even the destruction is all pre-planned. "Here's an RPG. Shoot it here." Most disappointing is the one jet sequence in the campaign. You don't get to play the pilot, just the gunner using a heads-up display. The sequence is on rails. The campaign also takes itself too seriously. Completely gone is the black humor seen in the Bad Company series. While this may not be a Bad Company game, soldiers just aren't serious as a heart attack 24/7. This made the campaign feel oppressive and heavy-handed in addition to tedious. Probably the most touted innovation for Battlefield 3 is the Frostbite 2 engine. It is truly impressive, to say the least. The lighting effects, particle physics, wind blowing through the trees, debris effects and more are all tremendous. It is truly one of of the best-looking games to come around ever. These effects even add to the difficulty at times in very realistic ways. When a wall blows up, the ensuing dust cloud makes it difficult to tell left from right, let alone plant your cross-hairs on an onrushing enemy. What are truly striking in Battlefield 3's visuals are the imperfections. I'm not talking about the VERY rare bugs like occasional color swaps or some rarely missed bullet detection. Oftentimes, games are too pretty, too shiny, and appear to be hermetically sealed. To get round this, many games may simply resort to filling the world with kipple: random piles of generic refuse to make the world look dirty. Battlefield 3 takes no such shortcuts. Weapons look like they've seen their time in battle. Tank treads and bullet holes riddle war-torn areas. Attention is paid to the smallest details to lend realism to every area. The sound design is no less impressive. Bullet fire reverberates off varying surfaces realistically, taking on the muffling qualities of going inside a concrete building or the deafening echo of running through an empty metal cargo container. Calling Battlefield 3 the best-looking and best-sounding game ever made wouldn't be unfair qualifications.The entire game is handled rather oddly, but not badly. Battlefield 3 requires Electronic Arts' new digital distribution and game-launching software, Origin. While not as fully-featured as more established Steam, it performs admirably in the task. What's odd is that launching Battlefield 3 from Origin opens a browser window. This window shows your stats and progression, checks for driver and plug-in updates, and is the home base for launching all three of the game's modes. While rather odd and very unique, it is easy to use and means you're not using as many resources until you actually launch one of these modes, though for computers on the lower-end of Battlefield 3's requirements, running a browser window in the background could be taxing. DICE knew what the majority of their players would gravitate towards and obviously focused their efforts accordingly: delivering a lackluster solo campaign, but an uncompromising multiplayer masterpiece. The Battlefield multiplayer isn't for everyone. It's more realistic, the bullets have more punch, coordinated efforts mean more than running and gunning, and knowing how to use vehicles and destruction can be just as key as accurate aiming. These things that may make it not for everyone are what make it great, though. The varied maps, vehicles, and destruction make for changing tactics every match, even if you're replaying the same map with the same people over and over again. Battlefield fans, the game you've been waiting for has arrived in truly rare form. If you've never played a Battlefield game, Battlefield 3 is certainly the game to pop that cherry on.*Note: at this time, the 3D support is not currently functioning, but DICE has promised a patch is inbound to enable it. A hands-on evaluation of the PC 3D support will follow once this patch goes live.