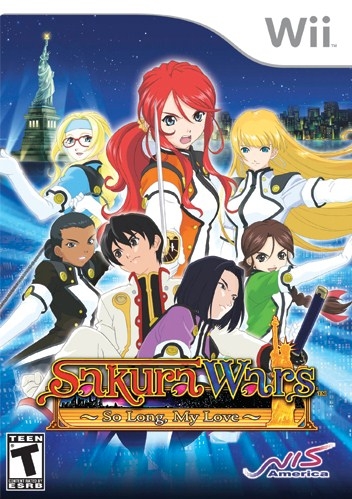 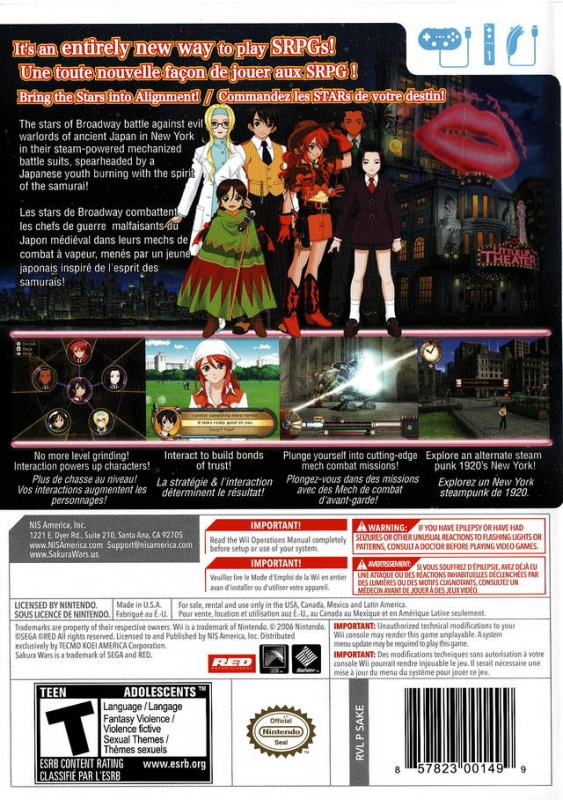 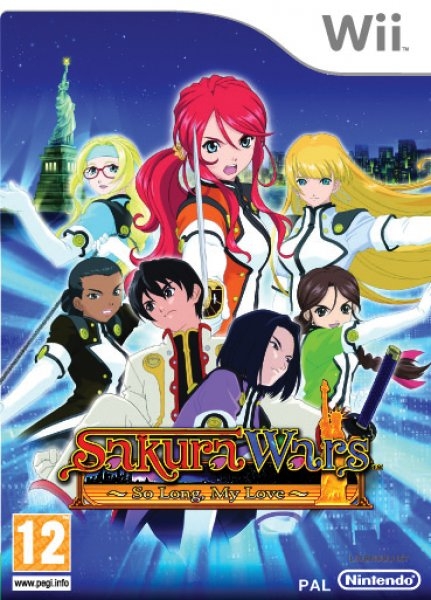 If only the STARs could come together to make one giant robot. Sigh....maybe one day.

Sakura Wars is one of those games where you feel like you're playing an anime, specifically in this instance it’s like playing Voltron squished together with Tenchi Muyo. You pilot giant robots trying to save the world while working together with a large group of women who can all act as love interests. Does Sakura Wars: So Long My Love instill me with that wonderful sense of nostalgia I get from watching lion robots all coming together to form a humanoid robot with a weird sword, apparently pulled from the void, or is this a game series that needs to get with the times?

You play as Shinjiro Taiga, a new recruit sent to New York by your Uncle to lead a task force of robot pilots in protecting the city. Taiga quickly learns that he isn’t what the New York Combat Revue (as they call themselves) were expecting and they dismiss the idea of someone new to combat becoming their leader. Your job is to prove yourself as a capable leader while simultaneously working out the various emotional problems of your crew. The story has a fair few classic anime clichés and even includes a mandatory scene where the pilots get into their robots (called STARs) complete with a zip line and a slide ala Voltron. Once you delve deeper into the personalities of your crew members you find that they aren’t nearly as two dimensional as they at first appear.

While the story has some outdated elements that could have been dropped entirely, such as the aforementioned robot entering scene which I was forced to watch around six times, it was nonetheless largely enjoyable and funny. Sure, you get a teeth-grindingly awful moral about the power of love and friendship as written by a writer who seems to have no shame, but you also get a lot of hilarious moments when interacting with your female co-workers. If you can ignore the more cringe worthy parts the story is definitely something worth seeing to the end and is at least fun if not remarkable.

Gameplay in Sakura Wars is similar to the Persona series where the more common genre of RPG is combined with the niche genre of a dating simulator. The difference is that whilst Persona is probably a half and half split between the two, Sakura Wars leans much more on the side of dating sim. Most of your time is spent interacting with the other members of your team in one way or another, and most of the story’s chapters are specifically centered on the problems of a single female co-worker. After about two hours of walking around New York, talking to random people, and working through menus to figure out the best way to respond to a lady, you are given a battle to fight against an enemy that threatens the peace of New York.

During the more peaceful relationship sections of the game you are often given choices in how you respond and depending on your answer the girl will like you more or less, which is important in determining which ending you get to the story and certain special moves that are part of the battle system. One addition to this tried and true formula that I appreciated is that not all of the responses were symbolized by menu choices, instead sometimes you were given a spectrum which would change the emphasis or mood with which you responded, instead of just picking a particular phrase. My only problem with how this works is that sometimes the options you are given aren’t indicative of the results you’ll achieve, so you might pick something with the best intentions only to find that you actually hurt your relationship. There are also some quick time events interspersed in the story sections that require you to perform different actions with a left and right analog stick which were pretty difficult with a wiimote/nunchuck set up, but the controller was far better adapted to other sections that required you to point and click on objects in a scene in order to get more information. Another issue I have with these sections of the game is that you can’t save nearly as often as I would prefer. Each save point is separated by about 20 minutes or more of story, which can be annoying.

Battles in Sakura Wars all play out like your common SRPG except that there is no grid on which to move. Instead, your character has a meter which allows him/her to move a certain distance from where they start, but which is also used to perform all of your attacks and special abilities. So while you may be able to run all the way to the furthest enemy on the field, it’s usually best to run to the closest one so you can get the most swings in for maximum damage. Below each character’s health bar is an SP bar which is used for all of the character’s actions other than basic attacks and is replenished by taking damage or using some of your movement meter. This utilises Special Attacks, which do large amounts of damage but which also eat up almost the entire bar of SP, as well as healing and team attack moves which do damage based on how close the two people teaming up feel to one another.

Making the team attack damage dependent on how friendly two characters are with one another works great and makes sense within the story when the team attack is between you and one of the girls, but the apparent relationships between the girls themselves sometimes don’t match up with what the story is showing you. I had two characters that seemed to be best buddies in the storyline but according to the relationship meter they were the least friendly combination in the group. Now either this means the game is trying to teach me something about the duplicitous nature of friendship between two females, or the story and the relationship meter have little to do with one another when it comes to the relationships between the women.

I like how each battle in Sakura Wars feels unique, and most of them have mission objectives you have to contend with beyond the simple “kill everyone that isn’t in a color-coded suit” strategy. You have a lot of tactical possibilities to consider during certain fights, and the orders you can shout as leader to affect the stats of your troops makes it obvious that this was the predecessor of the battle system I loved in Valkyria Chronicles. Sadly, this aspect of the game is limited; it seemed that for every two hours I spent mending the feelings of one of the girls, there was only an hour or so of combat. There are also absolutely no customization abilities for your team members.

Anyone who has read up on this game knows that it is a port of a PS2 game that released in Japan almost five years ago, however, even if you didn’t know that beforehand, it soon becomes very obvious the second you start the game. While the still character images are well drawn and have enough variety in them to convey a good amount of emotion, the backgrounds meant to depict the scenery behind them are needlessly pixilated and it’s hard to make out details in them. The 3D graphics while running around the city and during battles are also quite poor, but the most jarring graphical blemish for me is that even with these uninspiring visuals there are actually framerate problems directly after quick time events and during some of the flashier super moves in battles, and this results in the audio and visuals falling out of synch with one another by 3-5 seconds. On a positive note, there are some hand drawn anime cutscenes that should be a treat to anyone who is a fan of the old fashioned anime style of animation.

Sound design is a similarly mixed bag because, whilst most of the voice acting is very well done, there are a few notable exceptions that sound totally misplaced. Additionally, for some reason the main character’s lines are only voiced during the anime cutscenes. There are some pretty catchy songs in Sakura Wars, but sadly about three of them are overused as they account for some 90% or so of the noticeable music.

Sakura Wars took me about 20 hours to play through from start to finish, which is somewhat short for the genre, but when you consider that the price is only $30 this becomes much better value for money. There are also multiple endings depending on the girls you form the best relationships with, so there is at least a bit of replay value.

If Sakura Wars had been given a bit more love in its presentation I think it could easily qualify as a great game. As it is, you have a game with great value and an interesting combat system that is marred by graphical blemishes and a story which is just a bit too clichéd. Wii owners who want to play a good RPG should definitely still pick up Sakura Wars: So Long my Love, just be prepared for the fact that it's a five year old PS2 game with framerate problems.