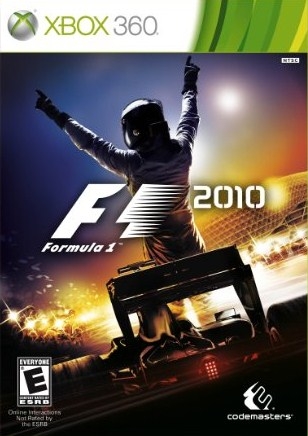 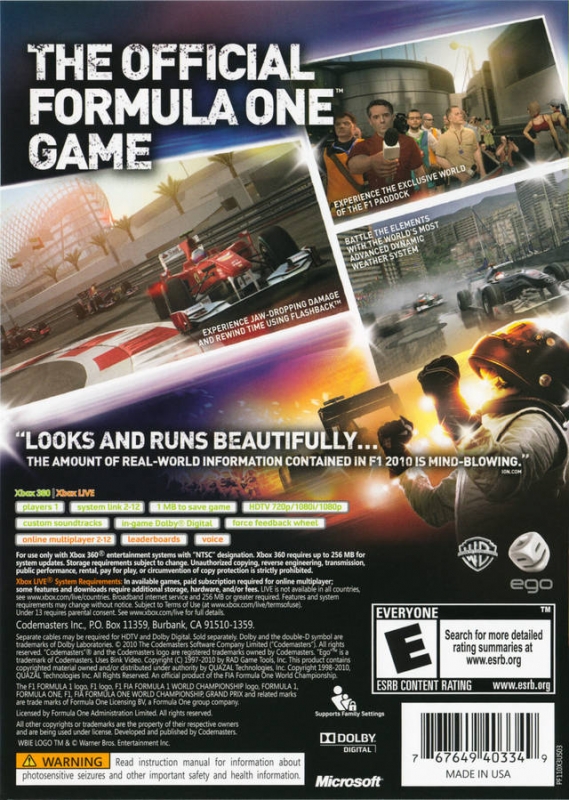 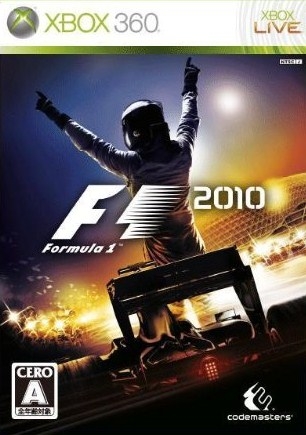 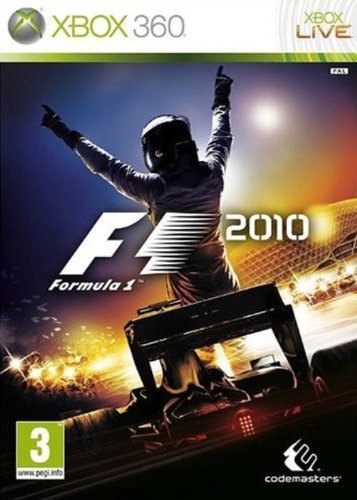 Codemasters have clearly established themselves as one of the world’s leading independent developers, and above all other genres the racing one seems to be their true forte. A pattern has begun to emerge of Codies releasing one premier racing title each year to universal positive critical reception. This year that racer is F1 2010, the first F1 game to feature on both HD consoles and the PC, but does it live up to the quality we’ve come to expect from Codemasters after the success of DiRT 2 and Race Driver: GRID?

If you’ve played either of those two racers then you’ll feel right at home with F1 2010. You’ll notice straight away that the loading and menu screens are near identical, although they now have an F1 theme and styling. Codemasters have pushed ahead with the ‘behind the scenes, off the track’ aspects that they tested the waters with in DiRT 2; aspects which have been taken a few steps further here, with the expansion of the paddock area and the inclusion of a visible (though graphically disappointing) agent and press interviews.

Much of this is still very much throwaway novelty, but there are signs of real progress. In particular I would point towards the entire race weekend set-up as evidence of this. It takes place almost entirely in the pit lane, with you sat in your car accessing menus from the interactive monitor that slots in and out of the car. It adds touch of realism to the experience that the other aspects, like the agent, currently don’t, although it does in a sense distance you from the racing because it takes a lot longer to get to the meat of the game: the actual racing. 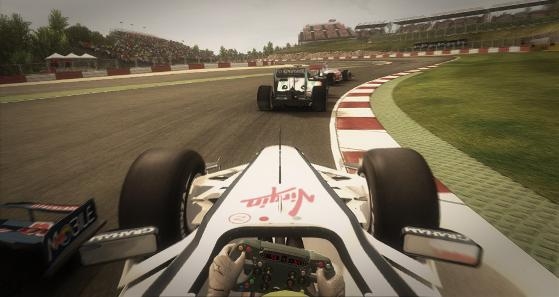 Talking of which, there’s familiarity for Codies fans on the track as well. The trademark gameplay blend of sim and arcade racer is fully present, though I would say that the commitment to F1’s rules and regulations makes the actual races much more sim-like than in their other racing franchises. For example, in both DiRT and GRID, you aren’t penalised per se for contact with other cars. Heck, you can ram full speed into the back of the main pack heading into a corner, causing utter carnage in the process, and escape without so much as a stern warning, though you’ll probably have to limp around the rest of the track like a wounded animal. That’s part of what makes those two racers so thrilling, but attempt to replicate that in F1 2010 and you’ll find yourself being given a series of 10 second penalties and eventually being disqualified.

So, if you’re looking for a fun, carefree arcade-style racer then F1 2010 is unlikely to fit the bill. F1 2010 really is one for fans of the sport, rather than fans of the developer. This makes for a more authentic racer, but I also found it less compelling and enjoyable than Codemaster’s previous offerings as a result (and by extension I doubt it will have the same kind of lasting appeal either) – a fault on my part rather than the game’s, perhaps, but something that’s well worth keeping in mind if you’re coming to the game from a similar perspective.

F1 2010 is full of options which allow you to tailor the game’s difficulty and settings to your own liking. My one gripe with this is that an option to turn off certain rules and regulations is disappointingly absent. There is an option to tone them down a bit, but you’re limited to either ‘full enforcement’ or ‘slightly more liberal enforcement’; there’s no option to select some rules whilst discarding others. In short: given the wealth of other difficulty settings, those related to rule enforcement are disappointingly thin on the ground. 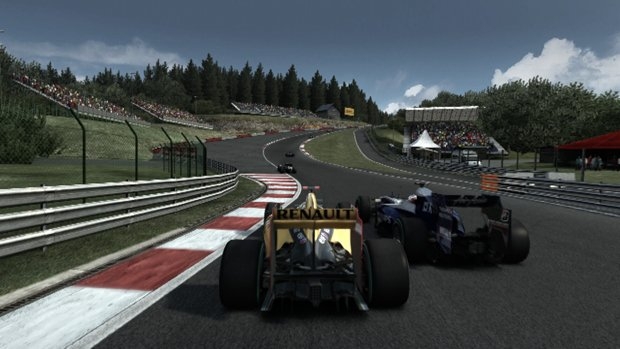 That’s good news for F1 enthusiasts though. With all of the 2010 season’s 24 drivers, 19 circuits and major rules and regulations, you’ll be getting all of the authenticity from this title that you could ever crave from an F1 game. If you want, you can even set up proper racing weekends, with lengthy practice sessions, properly tiered qualifying events and full race lengths. For the less hardcore among us there’s the option to compete in a short race weekend, with simple practice and qualifying sessions (both of which can be skipped altogether if you so wish), and races varying from 20% of the real race distance to the full length.

The level of depth and difficulty applies to the cars themselves as well. You can tweak your car to your heart’s content, adjusting everything from the engine to the gears to the tyres, and so on. Or, you can be lazy and leave it all to your engineer to sort out. Similarly, you can use a driving line in-game, with automatic breaking, pit stops and gear changing. Or you turn options like these off and make your life hell. Whatever your ability level and tastes, then, you should be able to create a game set-up that appeals to you.

The rewind feature, which was brought to the fore in GRID, feels almost essential in F1 2010. It’s the first time I’ve felt that this feature is elevated to more than just a handy gimmick. When you could, potentially, be competing in full length Formula One races, to know that the rewind option is there in the event of a catastrophic mistake is the very definition of reassurance. Another handy, albeit slightly more understated feature is the way in which you can give orders to your pit crew and switch up tactics on the fly using the D-pad. Say, for example, that you want to switch to a different tyre type outside of your scheduled pit stop. You can prepare the new tyres using the D-pad and then instruct the pit crew to expect you in at the end of the lap using the Y/Triangle button. 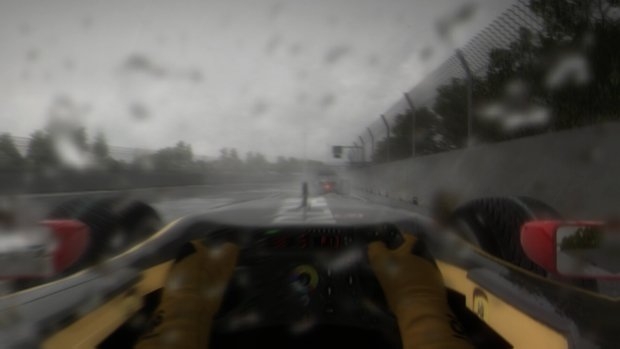 As expected given the developer’s pedigree, F1 2010 is a great looking game. All of the tracks and cars have been painstakingly recreated. In fact, they’re often more attractive than their real life counterparts as some of the scenery has been made more vibrant and varied, though never at the expense of accurately replicating track details. The real time weather effects are particularly impressive, especially during wet races where the rain is pouring down, the track is given a beautiful wet sheen and water sprays out impressively from the cars. The way in which wet track conditions affect the handling of the cars is also noteworthy.

There isn’t quite the same visual flair or polish as there was in GRID or DiRT 2, perhaps mainly because there was an emphasis in damage physic and modelling in those racers, and the tracks were much more lush and vibrant, but it’s also because there are a few graphical hick-ups and bugs in F1 2010 which detract from the otherwise excellent presentation. First up, there is some slowdown on certain parts of specific tracks. For example, there is a section on Monte Carlo where the framerate momentarily (but still very much noticeably) dips as you drive through it. There’s also a strange innovation in the area of game freezing, thanks to an odd bug that I’ve experienced twice so far, where the game will randomly freeze up for a few seconds. Then, just as you’re about to give up hope and reset the system, it ‘un-freezes’, with the game having automatically paused shortly before the freeze so that you can continue where you left off. Finally, the HUD is somewhat basic, and there's a distinct lack of split time updates throughout the race, which leaves you feeling left in the dark when the field becomes fragmented after the first few laps.

The music which plays during the menus is pleasant. There’s no commentary, instead your engineer will sometimes inform you of race progress over the team radio, with pit alerts, updates on the status of your teammate and the race leaders, and so on. It’s more realistic than a commentary team and plays into the idea that you are the actual driver, and not just a spectator. Having never been to an F1 race I can’t attest to the accuracy of the car’s sound effects as you’re racing around the track, or the overall atmosphere that’s created with the sound, but it all seems to be in perfect order. 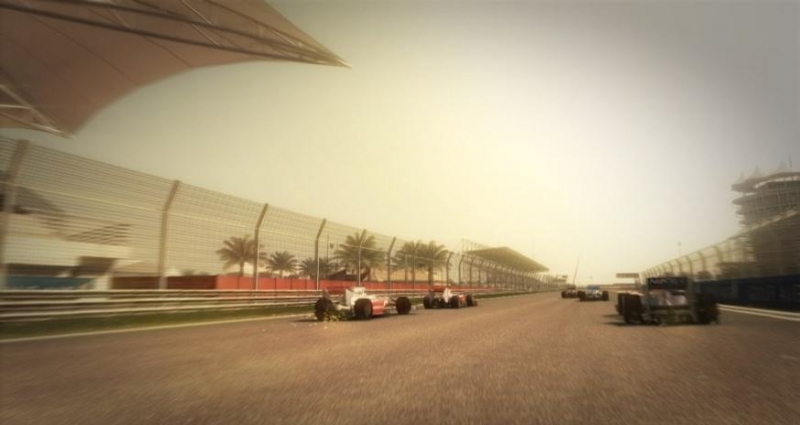 Aside from the Career mode, there’s also a Grand Prix mode, which is essentially a free/quick play mode, where you can enter a single race with the car, driver, track and settings of your own choosing. Time Trial also makes an appearance, with online leaderboards and downloadable ghosts (I’m happy to report that this aspect works perfectly, in stark contrast with DiRT 2). There’s also a Time Trial Party option, which allows you to compete against friends on the same console. Something tells me this will do little to compensate those who wanted proper split screen multiplayer though.

The online multiplayer experience is fully fledged, with an online experience system, party lobbies, and, crucially, it’s lag free and easy to access. You can select from custom or ranked matches. There are 4 key ranked modes: Pole Position (essentially 20 minutes of qualifying), Sprint (a simple 3 lap race), Endurance (a single race consisting of 20% of the full length) and Grand Prix (15 minutes of qualifying, followed by a 7 lap race with at least one pit stop). One sour point is the lack of a detailed statistics page. You do have a career profile, which lists your nationality, team, number of podiums and wins, etc., but it only covers your career and isn’t very detailed at all; there’s no mention of total distance travelled, the number of crashes, or the sum total of your time penalties, for example.

There’s no mistaking that F1 2010 is one for the F1 enthusiast, and although any Codies fan is ensured a fairly good time with the game, there are aspects to it that make F1 2010 a tough sell for those after some quick racing fun. It’s another great racing game from Codies, make no mistake of that, but it’s not one for everyone.