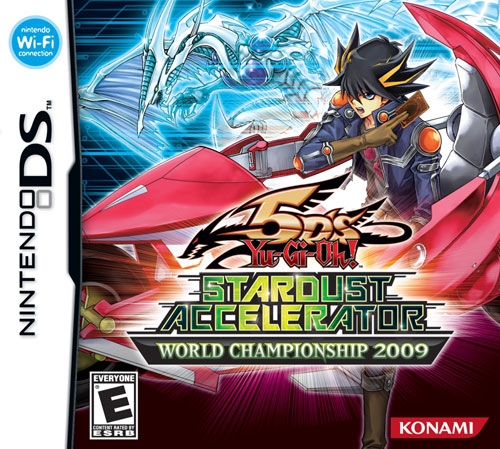 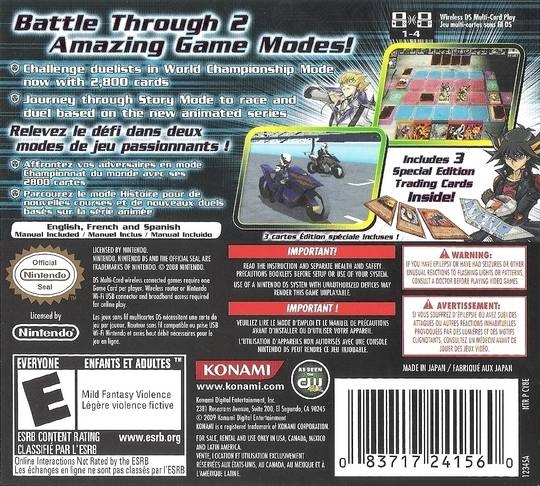 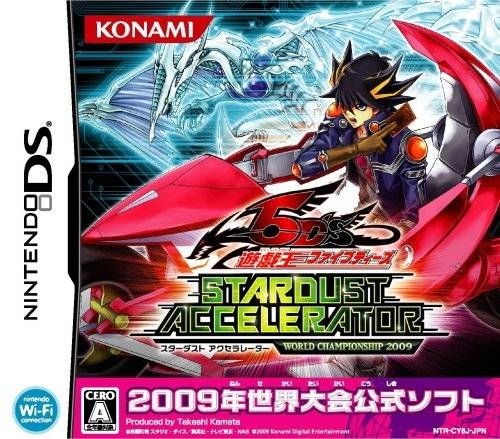 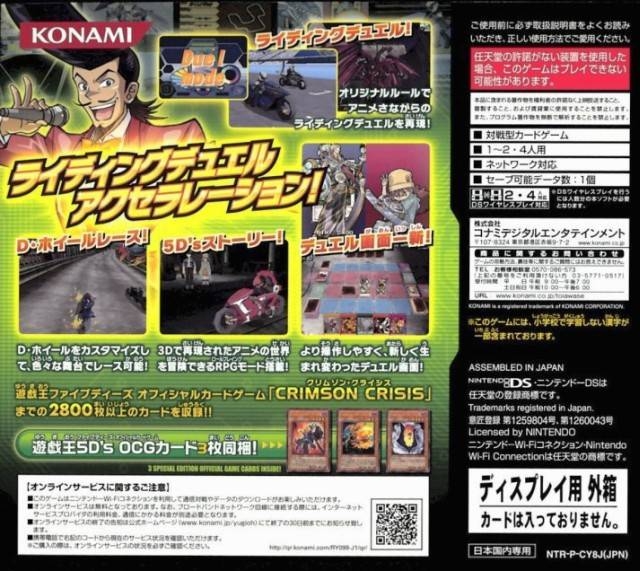 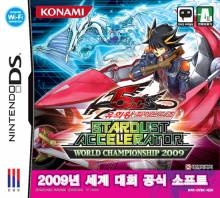 If there was a contest for longest video game title ever, I feel that this game would be a strong contender, but sadly lose the Devil Summoner in the finals.

Five or so years ago, I was asked to participate in running Sunday Yu-Gi-Oh! Tournaments at the retail store I work at. The logic was that I was about the nerdiest person there, and I used to play Magic: The Gathering, so I would seem to be the obvious choice. Next thing you know I was smack dab in the middle of a sea of sugar fueled kids and pre-teens, tossing down cards like old men at a casino. Immediately I respected the game, as it took the basic idea behind most collectable card games, and simplified it to a more manageable level, so that even a total novice could pick it up. On the flipside, the game was very deep, so you could come up with all sorts of crazy combinations. The days of weekend Yu-Gi-Oh! Tournaments may have come and gone, but every once in a while I long for the fun I had without the obscene expense of cards. With the advent of wi-fi and a Nintendo DS, Yu-Gi-Oh! 5D's Stardust Accelerator: World Championship Tournament 2009 is the closest thing out there!

In Yu-Gi-Oh! 5D's Stardust Accelerator: World Championship 2009, players can experience the most robust offering in the World Championship franchise to date with nearly 3,000 playable cards. The title features multiple gameplay modes. The primary of these is the Story Mode, where players journey from Satellite to Neo Domino City and duel with characters from the animated series in various situations. In this mode, you play as an amnesiac character that you get to customize to your liking. You can also compete in the World Championship Mode, where head-to-head battles take place against Yu-Gi-Oh! gamers around the world using the Nintendo Wi-fi connection. Aside from these two modes, there are also a handful of new items in this game including Turbo Duels, a new game style that changes everything you know about Duel Monsters, Tag Duels, and a few scattered motorcycle racing segments.

The aforementioned story mode is a nice touch for this game, as the older games in the series were desperately lacking in that department. While the story mode isn’t too deep, it does offer a bit more to do than just dueling constantly. This mode is very similar in nature to story modes in games like Pokemon XD. Basically the Duels are broken up by small segments of dialog and character interaction which serves to make the game more interesting, and to make you want to know more about the characters in the television show.

Most people reading this review are already fans with an intimate knowledge of the basic mechanics of the card game, but I will say this: all of the rules are intact and the game works very well. The only problem I really had with the game in the gameplay department was that your cards flip while in chains way too fast.  What I mean by this is that an opponent might use a spell of some sort that causes a trap to go off, which makes a monster summon etc. all in about three seconds.  I had a hard time keeping track of why I suddenly lost multiple cards, or something similar.

One word of caution for any new gamers to the series - Stardust Accelerator has an immensely steep learning curve. I started the game in Story Mode, but later had to back out because the tutorial is on the World championship mode only. Since I had not played the game in a number of years in card form, I felt as if I needed some kind of refresher course on the basics of gameplay. Thankfully this game delivers in spades on the tutorial mode, and will get anyone from total newbie to a duelist in no time at all.

The one new aspect of the game that needs explaining is Turbo Duels. These are different from the racing segments that happen sporadically in the game, and are not in fact related at all to Stardust Accelerator's companion game on the Wii, Yu-Gi-Oh! 5D's Wheelie Breakers's version of Turbo Duels. Turbo Duels incorporate speed counters and speed spells into your dueling repertoire. Basically the duel plays almost exactly like a regular duel except there is an animated road underneath the playfield and a few other cosmetic changes like pictures of the characters on bikes. The game places restrictions on deck construction to only allow certain speed spells, and the duels seem to be a bit faster. At the beginning of each players' turn, both players gain 1 Speed Counter. If you heal your Life Points, you receive 1 more Speed Counter per 1000 Life Points you healed. If you take damage, you lose 1 Speed Counter per 1000 Life Points lost. In order to activate a Speed Spell, you must have an appropriate number of Speed Counters (stronger Spells tend to require more Counters). Other than that, the rules are the same as in a normal duel.

The graphics in World Championship Tournament 2009 are pretty good and really show off the power of the DS. While the cards on the field are pretty small, you can almost make out the text and images on them by themselves which is pretty cool, this just shows how much more detail this game has over the last. Don’t worry though as you still have large pictures of the same cards on the top screen that you can actually read. All spells have particle effects and spell effects that show you exactly what is going on. As I mentioned above, the action can move pretty fast, so these little visual flourishes really help you out in knowing what the heck is going on. In the Story Mode, you are presented with a pretty decent engine for a 3D RPG that they should use for all future DS World Championship Tournament games. While not the best graphics on the DS, This Yu-Gi-Oh game is very impressive.

The sound in the game gets the job done, but never really impresses (although I never really expected the sound to be anything other than standard fare). One notable thing in the music department is that when you are either winning or losing the music either becomes more epic and grandiose or somber and desperate depending on your situation. This really keeps the game’s tone in line with the established themes of the show.

One of the biggest pluses to this game is the online mode. In World Championship Mode, you can take your skills and cards learned form the story mode and really tests your skills as a duelist. One word of advice, though, is that the online competition is oppressive at best, with people being able to win in a tiny amount of turns. I was never angered by this, but never felt that I was in the same league as some of these guys and gals. Unless I wasn’t paying attention, and missed the feature, it would have been nice to have an experience system to match you with similar players.

The overall value of this game really stands out, whether you are a fan of the series or a total novice. The major problem with making video games from a standing franchise or series is how to make it fresh and new. In the past, Konami has put out good games year after year for the Yu-Gi-Oh franchise, but usually they were the same thing over and over again just with different sets of cards. This year things changed, and Konami has a hit. The game is great for seasoned veterans due to its Story Mode and new duel types, as well as a new presentation. The game is also fairly easy to get into for a novice.  The game even has a few bonuses like a pack of real cards, which is the norm for games like this. You also have the ability to import those cards into the game itself. If you have physical cards in your possession, you can key in the 8-digit code on the bottom left of the card in a special shopping area to add those cards to your virtual deck.

Depending on your commitment to the game, you could end up spending tons of time with it. According to the time needed to unlock certain cards, you supposedly need to play the game for over 350 hours in order to unlock everything, which is intense for just about any game. For the less masochistic crowd, you can expect a good 10-15 hours from the Story Mode, then a great ride with the online. It really depends on how much you like the game. So there you have it, if you are like me and want to experience that is the thrilling world of customizable card games minus the huge money sink that is keeping up with the psychical cards themselves, this game is beyond the perfect solution.  I would dare to say that Yu-Gi-Oh! 5D's Stardust Accelerator: World Championship Tournament 2009 is the ultimate card game on a handhed system.