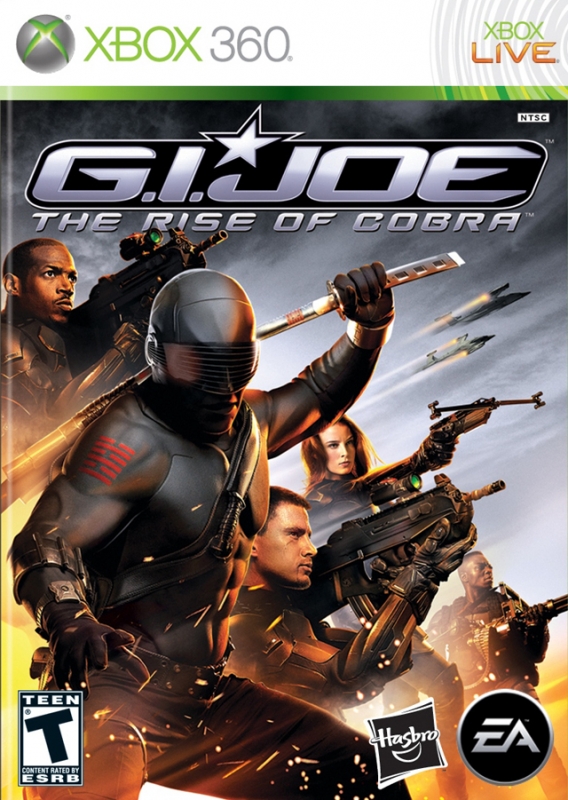 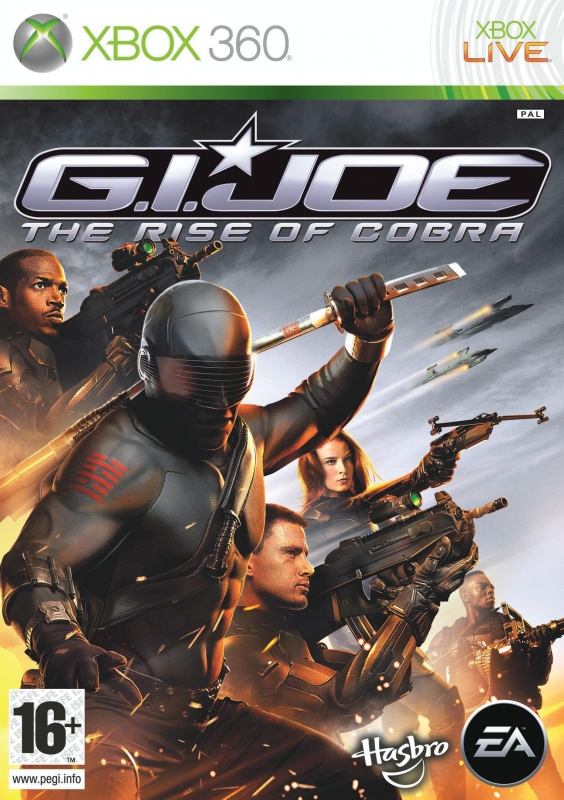 Better viewed as a 'Joe' Wiki than a video game.

Note: parts of this review have been copied from our review of GI Joe: The Rise of Cobra for the Nintendo DS.

Every so often I get a game to review which, when I play it, it's clear that while I may not like it, it likely wasn't designed with me in mind. When this happens, I do my best to try to figure out who it was meant for, and to put myself in that audience's mindset. Such was the case for GI Joe: The Rise of Cobra. I expected it to simply be another licensed movie tie-in designed specifically to sell more tickets. Well, that's true, and the game is awful (technically speaking), though I could see it finding itself a nice niche among hardcore Joe enthusiasts and little kids who run around shouting "PEWPEWPEW! I SHOT YOU! NO YOU DIDN'T!"

Not that the story matters in a game like this, but fans may be interested simply because of how different it is to the movie's plot. As the game opens, Heavy Duty is guarding a captured Baroness, who unlike in the movie has not switched sides. Suddenly, tons of enemies teleport in and, despite the Joes' resistance, manage to recapture her. The driving force behind the game has the Joes following a steady path of clues as to who's behind the teleportation technology (somehow, they've not heard of COBRA at the start), in an attempt to find a way to stop them before real damage can be done. There is also a bonus mission unlocked at the end where you play as COBRA.

The gameplay attempts to mix Gears of War with Contra. More specifically, it tries (and fails) to transplant a focus on using cover into a game where enemies constantly rush up to you and the camera stinks. Hoo boy, the camera... In a move meant to make sure you always get a cinematic view, the camera is not player-controlled and attempts to always frame the action in the best possible way. Unfortunately, it usually fails, especially when you want to go back the way you came or fire at an off-screen enemy. The aiming is another problem entirely. In lieu of letting the player maneuver a cursor with the right analog stick, the game implements a lock-on system, meaning you'll automatically fire at the closest enemy. Unfortunately, the game will often force you to fire at the closest destructible object or power-up instead, leaving you open to attackers. It's possible to switch targets by flicking the stick, but after a couple of seconds it goes back to the original. Very frustrating. Since the levels are littered with different power-ups and pieces of intel, it's an exercise in frustration just to aim at your target. It's usually much simpler just to run up and deliver a melee attack.

Most levels have you running in what's basically a straight line, and killing every enemy that gets in your way. This gets very repetitive, since the roughly 20 levels take about 45 minutes on average, for around 10 hours of total playtime, and little is done to change up the gameplay throughout. The vehicular-based sections had potential, but are marred by sloppy, loose controls that are based on whatever direction the constantly-swinging camera is facing. Pacing is non-existent, to the point where you laugh out loud when the Joes seem surprised when they encounter resistance. Don't even get me started on your so-called ally, who comes with you into battle when playing in single-player; they are invincible but are also incapable of doing any damage, so they basically amount to a distraction for the enemy. Thankfully, the game gets at least a semblance of fun when playing in local coop, where at certain points everything comes together to make the game seem passable for a brief moment. The ability to play as any combination of unlocked Joes, combined with the seemingly-random action set pieces, actually evokes the feeling of playing with action figures with your friend when you're five years old, which isn't a bad thing. You know, when you'd be saying, "hey, what if Ripcord and Beachhead had to fight through a COBRA Viper's Nest in the arctic to stop missiles from being activated, then they took out all the guys guarding them, but then guys in mechs came out and killed them, but then they got back up anyway and killed those guys, jumped in a HISS Tank, and killed 200 more guys?!?".

Sound is definitely the high point of the presentation. The music is pretty well composed and suitably energetic. The classic GI Joe theme even plays when players activate their characters' Power Suits. However, the sound effects are very lacking, and most don't even fit the context. A laser sound coming from Ripcord's military-style rifle? Yeah, no... The voice acting is sub-par too, though there are some funny lines of dialogue that poke fun at gaming, such as how so many enemies can come out of what turns out to be a very small room. Graphics don't fare much better either. Facial expression is non-existent for all of the characters, you'll find very few polygons here, and textures repeat very often in the small environments you'll be fighting through.

This is probably the most interesting part of the game right here.

As bad as the gameplay is, it's in the extras and respect for the Joe universe that the game earns some semblance of a right to be owned by hardcore Joe fans. There are 32 unlockable 'Joe' characters, including a few from the evil side, most of whom did not appear in the movie. Throughout, the missions are scattered with various pieces of intel, ranging from further information on the Joes (including the non-playable ones), to the agents of Cobra. Digging deeper, players can find character art from the original cartoon, a video on the composition of the game's soundtrack, and even a few of the original Public Service Announcements. Arguably, the extras are more fun, and provide better value for money than the main game.

So, as I said before, the gameplay in GI Joe is horrible, not worth a rental for even the most desperate gamer. However, if you're a 'Joe' enthusiast looking for a lot of nostalgia in one place, the myriad extras may just win you over if you can find it for $10 in the 'used' bin.