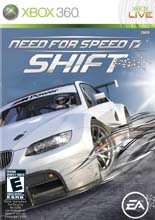 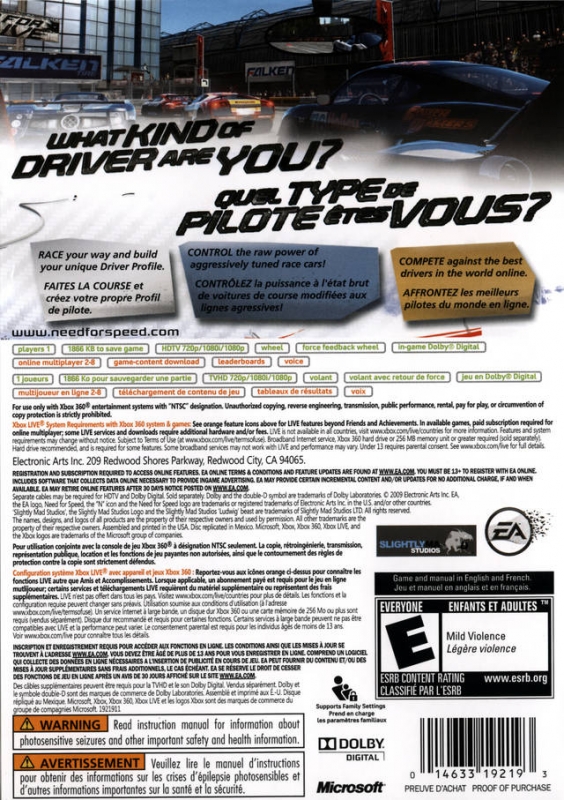 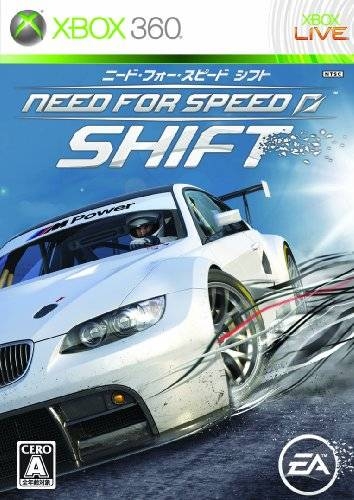 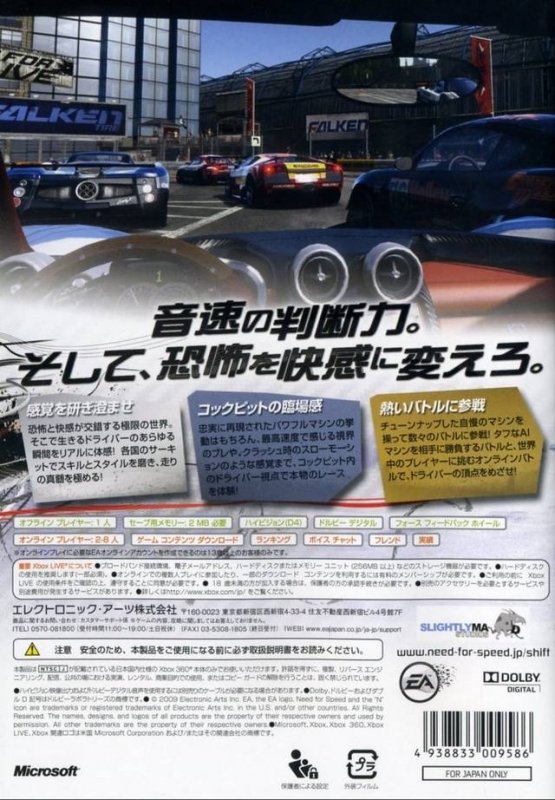 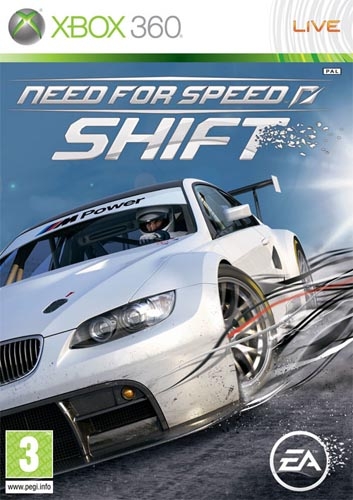 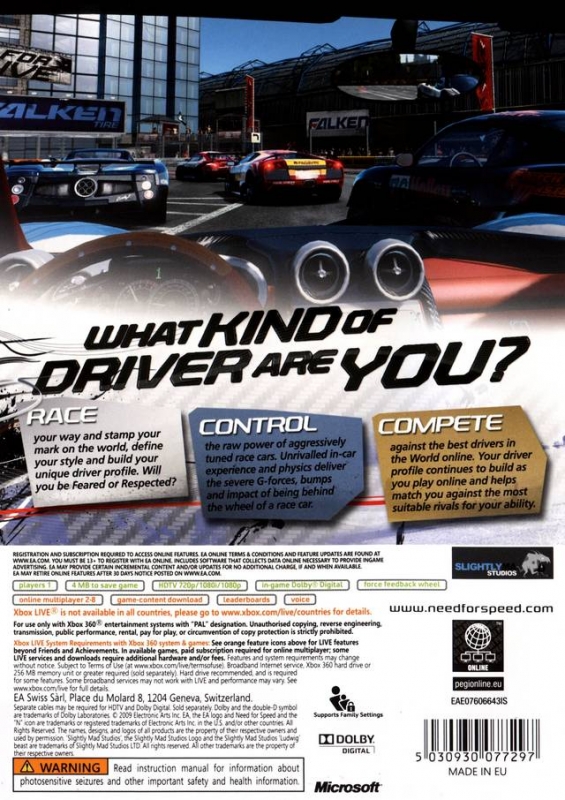 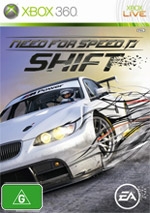 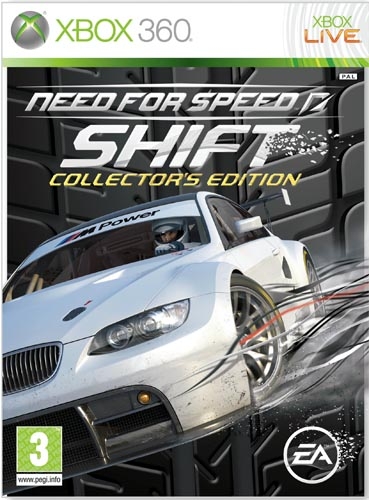 EA shifts it into high gear this year with a new Need for Speed!

Another year, another Need for Speed from EA. This year takes the series in a whole new direction, a shift if you will, into the racing sim genre. While this change is drastic compared to the series' arcade racing roots, make no mistake they made the transition almost flawlessly and retained all of the fun. Need for Speed Shift not only has enough realism to satisfy the racing sim fans the series never pulled in before, but it also does a fine job of helping the long time fans - those that might not particularly like the racing sim genre - to get into Shift, so it doesn’t alienate the series' core fans either.

The game starts you off on one of the easier tracks, lets you test out everything, and based on how you perform it gives you settings that it thinks would be appropriate for your driving style; it gives you training wheels as it were. It is highly recommended you do this, as the default settings do have some major oversteer problems that are only fixed with the tweaking. It does its best to be very open to those that are not avid fans of the racing sim genre, from brake assist that can practically do the braking for you, starting off with tracks anyone could really enjoy racing on, and very clear lines that tell you where the best racing line is. Once you get your training wheels fitted it puts you in a race to net you some cash to buy your first car.

With that first car you race in the first tier, gaining experience and stars to unlock more events in that tier, before finally moving on to the next tier. You gain stars by winning the race and performing certain actions during the race, such as reaching a high speed, completing a clean lap, or beating a lap time. You’re also rewarded for how you race in the form of experience and leveling, which nets you unlockables, sponsor cash for new cars and upgrades, and a spiffy new graphic for your profile that represents how you drive. If you follow the racing line, handle corners well, and take positions in a race without touching your opponent you get points for precision. If you knock opponents out of the way, slide around corners, and draft your fellow racers you gain points in aggression. How your profile changes when you level up is determined by how many points in either category you obtain.

Now, while this game has a lot of things to unlock like graphics and such for customizing your cars, it does lack the amount of cars you get from other racing sims, like Forza or Gran Turismo. That’s not to say it doesn’t have a very good selection - most of the cars you’re missing in Shift would be the older classics, and the cars no racer in their right mind would take to a track and expect to win. So while it does lack cars versus its direct competitors, it’s mostly a case of cutting out the clutter. As for tracks, Need for Speed uses real life tracks from around the world and has a lot of variety so you won’t feel like you’re racing at the same track too often, and each track truly feels different.

There are at least a few classics in Shift

There’s lots to do in Need for Speed Shift and all of it feels smooth and polished, from the drift competitions, to tuning up your car, to one on one races, and time trials. The only issue comes up in career mode, where you feel like you’re completing a lot of identical events in each tier. Often you’ll win all the races in an event, unlock a one on one race with a rival, then rinse and repeat. But while this game doesn’t pull any surprises, all of the race types are very fun and really well done. One of the coolest extras is in career mode when you do better in an event than your friends that own Shift, in this case you “own” that competition, and it gives you a sense of community and competition even in single player. Overall the experience should take you a few days of solid playing to beat. Getting all the stars in the events will take a while since a few stars are very difficult to get even on the easier settings.

Online is much the same as the single player. You have all the same modes, but now you can compete against others online in ranked and unranked match ups. Finding a match online is relatively fast with little to no lag. One of the better modes online is the one on one race where you’re both given the same random car. The winner of the race moves up in a tournament style bracket until there is only one person left. Racing in any of the modes will still net you cash and experience points for your profile. You can also specify the rating of the cars you’ll allow racing online, so as to make sure you’re not racing in a Ford Focus against a top tier car that will eat you alive.

This game sports some great visuals. The car models looking really nice, the damage on the vehicles look realistic, the crowds look nice, and the backgrounds are very detailed. One of the more unique parts of the game are the camera effects when you crash. Things black out, your vision blurs, and you really feel like you just had a hard hit - it really gives you the feeling of immersion. The downside is that there is a slight bit of pop-in, and when you watch in your rear-view you see objects just disappear, but this is a slight detraction from the overall presentation. There are glitches every once in a while, once grass rendered on top of the track asphalt, and another time the game froze after winning the race, but these are rare experiences.

As far as the soundtrack, it’s par for the course for the series, all licensed music and fits the theme well. There's even some Kanye - good thing he won’t interrupt you when you win the race to tell everyone that Dale Earnhardt had the best wins of all time, though that would be an awesome easter egg (EA get to it). The car sounds are very well done and the only issue I had was that a few of the American muscle cars didn’t sound very muscular, if you catch my drift, which is a shame since those are my favorite cars. Everything else sounded great.

Shift is really one of the gems of the racing genre this generation. Slick presentation, great graphics, very fun and accessible gameplay, and a ton of things to unlock. You’ll spend hours addicted to the racing alone, but you can also collect cars, customize their performance and look, and then compete with your friends - not only online but in the career mode as well. Racing sim fans should really enjoy this game and racing fans that have never gotten into the sim genre before should find this title to be a great starting point.