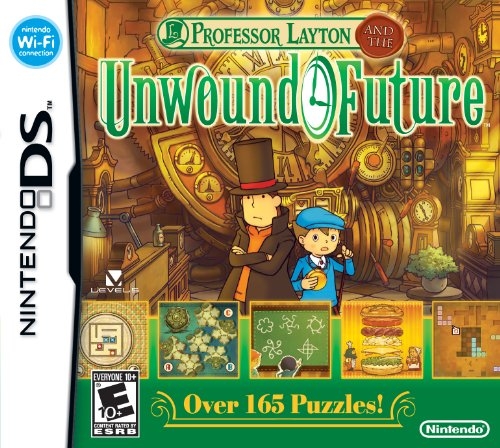 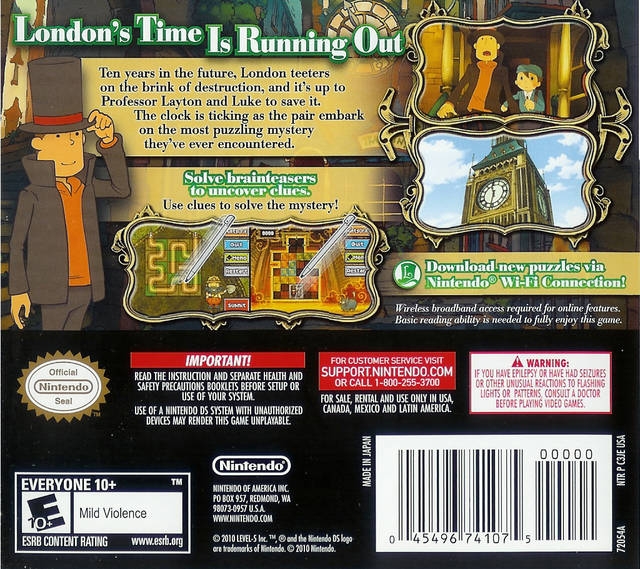 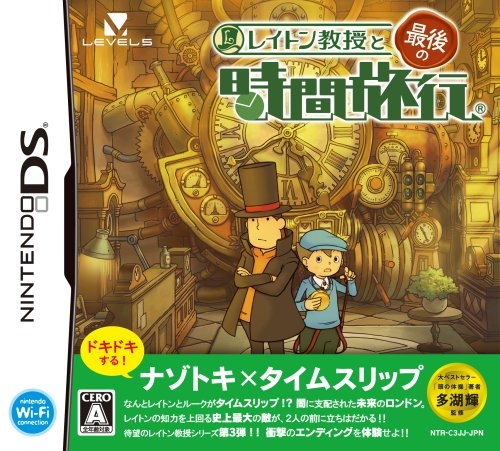 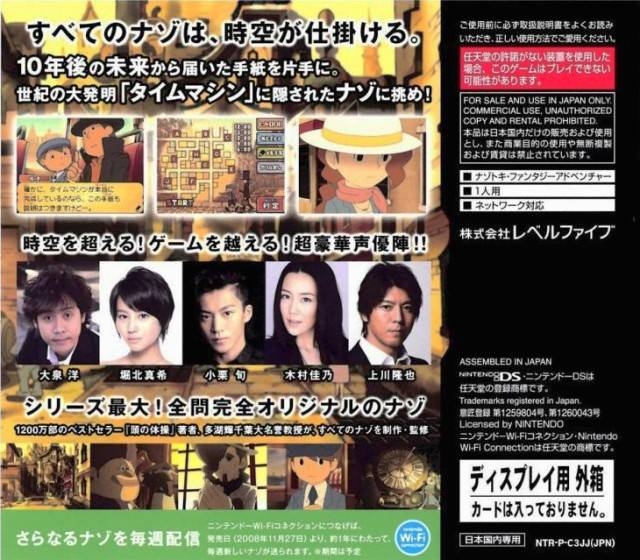 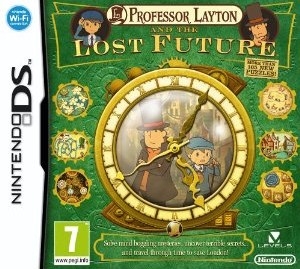 Professor Layton and the Lost Future

Professor Layton and the Unwound Future

The phrase is an iconic one for those who grew up watching adventure movies in the ‘80s and ‘90s. The immortal words of Doctor Emmett Brown in the first Back to the Future, having just witnessed his beloved time-traveling Delorean perform its task for the first time, have fittingly transcended decades. Ever since I first saw the trilogy back in the mid-90’s, I’ve been waiting for a new time-travel adventure to capture my attention and enthrall me in the same way. Little did I know that story would come not to the big screen, but instead, to one of the smallest.

The premise behind Professor Layton and the Unwound Future is that the Prime Minister has been kidnapped by the evil Dr. Stahngun, and taken ten years into the future. Always the gentleman, the professor quickly puts his detective skills to the test and launches himself and his apprentice, Luke, forward in time as well. There they meet up with a ten-years-older Luke, only to find that the true villain is none other than...Professor Layton?

Yes, it seems our friend forgot his gentlemanly training in the future and is ruling over the city with an iron grip. This series has always had heartwarming-but-ultimately-light stories. The franchise has never shied away from dealing with death (in a far more mature manner than most games), but in the end, Hershel Layton and Luke always tie up all loose ends, beat the bad guy, and head off toward their next great adventure. That’s still true to a degree in Professor Layton and the Unwound Future, but this time, the proceedings are much more personal for our beloved archaeology teacher. The professor’s attempts to clear his good name while simultaneously struggling with the fact that he could become so tyrannical give this game a much more serious edge than what’s come before. In addition, we learn about a mysterious woman from Layton’s past, why Don Paolo has it out for him, and even the origin of the famous top hat. Through all this, Luke and his teacher must deal with the inevitability of the young man moving away from London with his parents, thus putting an end to their wonderful adventures together. All this pressure just might cause our faithful tutor to lose his self-control, if only for a few brief moments. If you don’t feel emotionally exhausted by the time the credits roll, you may not have a soul.

Of course, the exceptional voice acting the series is known for adds a lot to the impact. Layton sounds exactly like the kind of reserved and strict, yet loving mentor we all wish we had growing up, making his few emotional outbursts all the more poignant and empathetic. The villains, strangely, all sound about 30 years older than they look, but that seems to be an intentional stylistic choice that began with the previous game in the series. The majority of important events are depicted through richly-animated cutscenes. While there is some noticeable artifacting here due to the compression necessary to cram it all onto a DS cart, the vivid colors and personality shine throughout. The sight of a gigantic machine walking in the ocean around London while the professor’s tiny flying machine soars toward it is something to behold.

Yeah, yeah, I hear what you’re saying: “Sure, the story’s great, but get on with telling me about the real draw to this series—the puzzles!” Well, you got me—I held off on that part until now because, truthfully, it’s actually really hard for me to render a verdict on the puzzles. On the one hand, I’d have to say that the overall difficulty has been taken down a notch in comparison to Professor Layton and the Diabolical Box. There are still some that will make you slam your head against the wall and quit the game in rage (guilty!), but I found that I was easily passing the same types of puzzles that gave me a hard time in the previous game. For instance, in Diabolical Box, the puzzles involving sliding shapes around to move an object from one side of the screen to another often took me a full hour to figure out, whereas I passed similar ones in Unwound Future in ten minutes tops. On the flip side, the last game also had insane difficulty spikes, where you’d get a bunch of easy ones followed by a ridiculously hard one. Unwound Future features a gradual and more comfortable difficulty curve. The puzzles are still dynamic and interesting all in all, and you’ll generally feel a great sense of satisfaction after cracking some of the later ones.

The in-game timer tells me that I took around 20 hours to complete the game, though as mentioned there were a few times when a puzzle just annoyed me so much I turned the game off in frustration without saving. I still have a few puzzles left to find and solve, and like the previous games, a new downloadable puzzle is set to be available every week for the foreseeable future. Besides that, if you couldn’t tell, the story alone makes this game one I’ll be replaying for certain. Unfortunately, the puzzles stay the same on every playthrough, so give yourself some between runs if you want to experience that sense of satisfaction again.

Professor Layton and the Unwound Future is the spiritual successor to Back to the Future that I’ve been wanting since I was 8. It never loses its sense of adventure, but uses time travel as a backdrop to deal with adult themes of love and loss. At the same time the puzzles, while toned down in difficulty somewhat from Level 5’s previous offering, offer a great sense of satisfaction upon completion. This game is required reading for any fan of the franchise (or puzzle games in general). I wish I had a time machine of my own so I could warp to the launch of the next Layton adventure and see how this game affects his character...

Hey, Doc Brown! Got a minute?