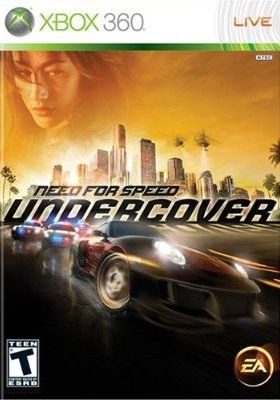 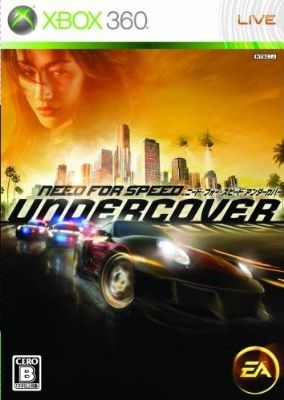 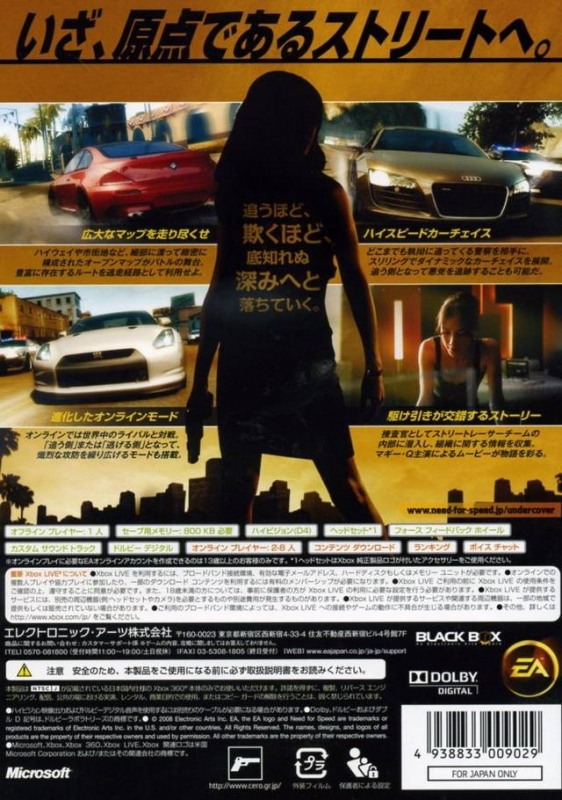 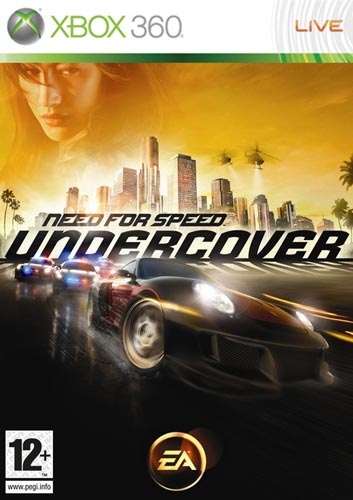 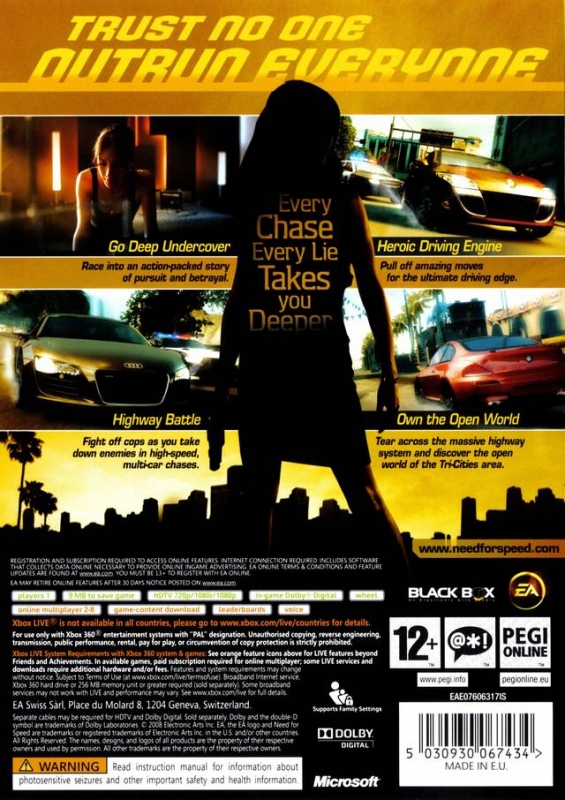 The same procedure as every year: EA’s annual racing series is back and VGChartz reviewed the game for you. Is it as good as the “Underground” titles?

There are some gaming series’ that became popular because of their awesome gameplay and style but somewhat lost their unique feeling after several iterations. The Sonic series would be a famous example of this, although you could argue that the games still hold some value among many gamers, including myself. Another example is Need for Speed. When I first played Need for Speed Underground on Gamecube I was amazed: The fast gameplay, the beautiful graphics, and the precise controls convinced me to become a fan of a series I had previously ignored. After playing Underground 2 (on Playstation 2 this time, because the Gamecube version looked considerably worse) I was sure the big tuning aspect and the overall feeling of the Underground titles was here to stay… but apparently EA had a different idea of its series and so far each new game has gotten a lower average rating than the previous one. The latest instalment is “Need for Speed: Undercover”.

The game features an open city like the one introduced in Underground 2 and let’s you play as a cop trying to blow the cover of a car dealer group. To accomplish this task you have to win numerous street races and tune up your car to impress the dealers and become one of their trusted members. Unfortunately, this is where things become irritating already: I can understand that racing against some of the dealers could in reality help a cop to get them but some of the events in the game don’t even seem to be connected to your mission – why do I have to cross 5 checkpoints in time, for example? Does that really make it easier for me to catch those guys? And why is the task of every fourth event to “escape from the cops”?

In case your answer to this is “why not?” you have to know how Undercover works: Unlike some of the previous games in the series the open city basically has no right of existence. Yes, you may want to explore it and yes, you may even want to know how the pursuits in Undercover feel like but it won’t help you to make any progress in the game. Events aren’t activated by driving to their starting point, instead you just have to push down on the D pad. This makes the game much more linear and destroys most of the open-world feeling, especially as the cops in the game seem to be everywhere: After only 5 minutes of driving you’ll see one of their cars which will cause an immediate pursuit. And although the cops aren’t really clever (most of the time you will have no problem to get rid of them), they are truly annoying as you can’t enter the next event while being hunted by the police and there is nothing more frustrating than a completely senseless pursuit when you have to suffer through exactly the same thing another time right afterwards. Sure, getting rid of the policemen and destroying their cars will raise your criminal level which helps you to get more driver points but that doesn’t really add to the experience as you won’t need them anyway.

Need for Speed: Undercover is amazingly easy. After beating the first dozen challenges with ease I was sure the game would be getting harder later on. Unfortunately I was wrong: While some of the “stay first for one minute” or “have a 300m lead over your competitor” challenges may feel hard at first in reality all you have to do to win a race is make your competitor crash into something and he’ll never catch up to you. Additionally, in those types of events you can freely chose your direction – if the CPU passes you there is always the possibility of just changing your direction and using one of the many shortcuts in the game – and all of a sudden you are leading the race again. The same works when you are in first place as well… unfortunately the CPU will just follow the exact same route you take which makes it pretty easy to drive away from them.

It was also stunning to realise that EA apparently included half a different challenges and lets you play them over and over again – besides normal races there are some classic ones like sprint and checkpoint races and sometimes you have to steal a car and make sure it doesn’t break while the cops (again!) are trying to get you but besides that there is nothing worth noting. Where are my drift and drag races EA?

Another point worth noting is that the game seems to miss the fourth dimension – time. I really missed the fast day and night changes introduced in Underground 2. Whoever started the whole “I wanna race at day in Need for Speed!” thingy should be forbidden to play the series another time. I want to race at night EA, with all the great neon effects and the realistic reflections on the street… you know, streets don’t reflect daylight like furbished mirrors and shadows surely don’t move by themselves while racing by in the world I live, but maybe I just missed something and should go back to physics class instead. Has anybody seen a self-moving shadow, lately? No? Oh, well.

The tuning feature was also downgraded - or to put it more blatantly you won’t really need it. While I was happy about every single aspect of my car I could tune up in earlier parts of the series, I often didn’t even care about my cars upgrades in Undercover. The game is easy enough to be beaten without any emphasis on tuning. All you have to do is to click the “fast tuning” option. The visual upgrades have been reduced as well… but maybe that’s just because you won’t feel the “need” to design a hot car anymore as the game just doesn’t require you to become a true street racer anymore. Tuning just doesn’t really fit the experience.

The game has some strength as well, though. First of all the sense of speed is really good. Driving over a highway with 250mp/h really feels fast. The cut scenes featuring real actors are nicely done as well (they just feel more like a B movie, but hey: what did you expect?) and some of the challenges are really fun. It’s just that most of the game isn’t and really feels like a step backwards compared to what the series once was. Online is well done but it severely lacks some additional modes.

The graphics are a bit of a mixed bag this time: The game definitely has some style and the reflections on the cars and the street are nicely done but I personally really missed the dark setting of the Underground series. It is also a bit weird that EA seemed so fixed on realism in regards to the story but didn’t focus on “realistic” graphics: Most reflections are a bit too heavy, the cars seem to have a bit of a comic look and the shadows… well, the shadows just keep on chugging along all by themselves. There are also some framerate drops in the game which shouldn’t be there.

As you’d expect it in a Need for Speed there are a lot of licensed songs in the game. Some of them are rather good but overall they don’t live up to the songs licensed in previous iterations of the series. Again, some kind of a mixed bag.

Well, on to my personal opinion then. To put it straight: I was highly disappointed. The series apparently takes a step backwards with each iteration (gamerankings reflects that) and I guess I was even more shocked than some of the other reviewers out there as the last game in the series I owned was Underground 2. A worthless open world, annoying cops and a lot of framerate drops make for a good lack of polish in this game. If you are a hardcore fan of the Need for Speed series you may want to give it a try but only then and I can’t promise you that you’ll like it. All others go back to the PS2 games or buy games like Midnight Club. What this series really needs is to find back to what it made it so popular. Unfortunately most of those things are missing in this game. The game is not horrible but it is just average and that is quite a disappointment for a series that was once really great.

Please note this review was based on the Xbox360 version of the game.