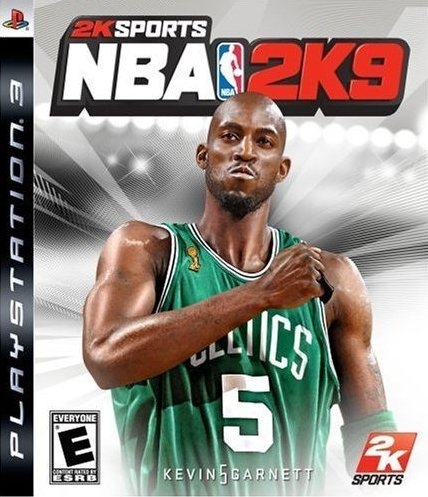 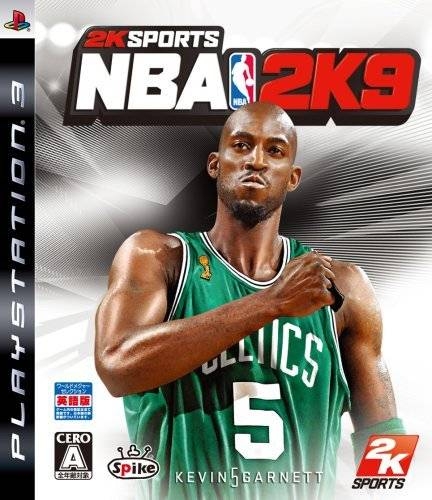 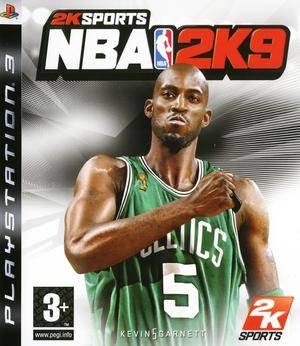 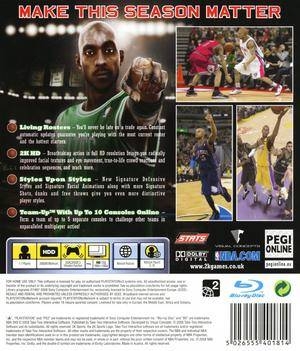 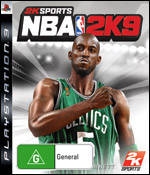 2K's behemoth sports title returns to duel it out with EA and Sony; how does it size up?

If there’s one thing that is agreed about American sports games in recent years it’s that EA generally seems to have the market well under control. Madden is one of the best selling games in the NA region, and with a whole plethora of other titles under the “EA Sports” logo, it can be daunting for other developers to step foot into this relatively uncharted minefield and dethrone the king so to speak. However, there has always been one series of games that for nearly a decade has battled with EA’s NBA Live series for the virtual basketball crown. NBA 2K is that franchise, beginning in 1999 on the ill-fated Sega Dreamcast, the series has since moved onto greener pastures following Take-Two’s acquisition of Visual Concepts and the 2K series along with it. 2K9 is the 4th instalment of the series on the “HD consoles”, and features the same in-depth gameplay that has made the NBA 2K brand so popular, and is also the first title in the series to be released for the PC.

Most gamers will agree that sports games, or more so the developers of them, are guilty of what I like to call the “recoat” policy. You take the last iteration of your chosen sports game, give it a new coat of polish with one or two upgrades and send it back out again in anticipation the fan will buy it despite the relative lack of improvement; and while this may seem obvious to most gamers, we do exactly what the developers expect us to do. So what, then, has 2K done to justify a purchase of 2K8 version 2, so to speak? From the get go it is obvious 2K have really made an effort to improve the game both on and off the court. I emphasise the off the court improvements here because it's always been what truly set Live and 2K apart in terms of presentation; Live, and all EA sports titles are like a really beautiful girl but once you get past the surface, she struggles to spell her own name. 2K on the other hand is the less than attractive girl but with a fully functioning brain. The NBA 2K games have never been ugly from an aesthetic standpoint but they’ve always lacked the finesse and polished veneer that EA sports titles have. This year, all that has changed however. The menus are slick and refined (although navigation still takes a bit to get used to), and you’re even presented with highlights of the team’s star players before a game. The soundtrack is typically what you'd expect to find in a basketball game, a varied selection of artists providing primarily hip-hop tracks; the background music wasn't particularly to my taste but it seemed to suit the game well. The commentary team has been changed with Kenny Smith being replaced by Clark Kellogg as the game's analyst who, 2K claim, combined with sidline reporter Cheryl Miller and Kevin Harlan create one of the "most knowledgable broadcast teams in the game". While the analysis provided is accurate for the most part, it's a simple regurgitation of last year's commentary with a few touch-ups which is slightly disappointing given the attention given to other areas of the game.

Fans of 2K’s “NBA Blacktop” will be pleased as it makes its way back into the game, complete with the Sprite Slam Dunk contest, but the most important feature in terms of game mode this year is the revamp of the immersive Association mode. Basically a standard “season” mode allowing you to control a team, the association mode has been radically changed. New options are available allowing the computer to arrange scouting of college prospects and their NBA workouts, sending your players to training camps at the end of the year and even performing trades in order to improve your roster. I found these new options a real help when going through my association, particularly the automated scouting. In previous 2K titles I'd find that during the season I'd simply forget to scout any prospects more than once and I was left clueless on draft day. But with the computer scouting players for me, I was provided strengths and weaknesses for a variety of players which allowed me to choose just the right one to help my team. Perhaps the most impressive addition to the mode however is the new inclusion of an “nba.com” homepage system, which provides the player with a wide range of information from up to date scores to trade rumours from around your association.
With the off court changes covered, what’s the game like on the court? Well, 2K’s refined gameplay is better than ever; while the core game is the same as in previous titles, but it’s been sped up to create a more up-tempo, fast flowing experience.  Thanks to the introduction of dual control, it’s a lot easier to give orders to your team-mates, telling them to set up screens for example to create easy scoring chances. One of my biggest complaints about last year’s game was that players would miss far too many ‘easy’ shots, especially mid-range jump shots and thankfully this has been rectified. Where am I going Kobe?

The “Lockdown” defense system introduced in 2K8 is back, albeit this time fully working. Whereas last year simply holding down L2 allowed you to “glue” yourself to a player and guard them flawlessly no matter how cumbersome a defender you may have been, this year the R2 button is utilized to allow the player 9 different “zones” to defend the player from, ranging from up close and personal to loose, inviting a dribble inside. This allows for more variation and fundamentally more intelligent defending. Whereas you may want to stick to a talented outside shooter, restricting them, and forcing a pass you may want to back away from an offensive player you know is less than brilliant from the outside and force them to come inside or give up the ball. Secondly, 2K’s revolutionary “shot-stick” system, which allows players to modify their shots in relation to the situation has been upgraded, now enabling the player to modify their shot in mid-air, a la Michael Jordan against the Lakers. It’s a nice touch to an already solid system, but sometimes it can just look a bit silly when your player is in the middle of a 360 dunk and somehow manages to stop his motion and lay the ball into the basket; it just doesn’t quite look right. Other improvements include the A.I which has been vastly improved with 2K’s “adaptive A.I” system; the computer recognizes your preferred playing style and adjusts its own to present more of a challenge, also your own team-mates will change their game, initiating cuts and setting up screens based on how you run your offense. Ultimately, last year's effort was a very accurate representation of basketball with a few issues and now these issues have been resolved, this truly is the most realistic basketball game ever made.

While I may have compared previous NBA 2K titles to a less than attractive girl, this sentiment doesn’t carry over to the actual graphics of the game. 2K games have always looked good ‘in game’ and 2K9 continues this tradition with brand new animations to both the players and the crowd, providing an authentic feel that is second to none. The crowd's reaction to your desperation shot just dropping in at the buzzer is a really nice touch. Players are even more like their real life counterparts with improved faces and signature styles such as dribbles and dunks. Don’t expect this lifelike accuracy with all players though, less popular players unfortunately don’t receive the same attention to detail, and are left looking a bit odd. Your basket, Is my basket.

One final feature that has been implemented is the “Living Roster” system, which tracks players and their performance in the NBA throughout the year and adjusts their stats accordingly. According to 2K, new animations will be unlocked and made available if players go through a particularly hot streak; obviously as the season hasn’t started yet this feature is untested, but it sounds promising.

Yet despite all these improvements there are still a lot of problems. Free-throws have thankfully received an increase in difficulty, but I can’t imagine going from “very easy” to “nigh on impossible” is what players were hoping for. It gets easier as you become accustomed a particular player’s shooting style, but it’s practically impossible to get accustomed to everyone’s. Secondly, you’ll for the most part experience a smooth game, but there are occasional dips, and significant ones at that, in frame rate. I found this occurred particularly often if I’d simulated a stretch of games in the association mode and then gone to play a game, almost as if the game is “recovering” from its ordeal.
The most blatant problem of all remains from last year however; the online play. 2K8’s online was a mess, it was hard to find people to play with and when you did it was even harder to be able to connect to them and it’s no different now. Despite introducing a new 5-on-5, online leagues and “players of the week”, as well as minor touches like customizable avatars, the online experience still falls short of the mark. The actual online gameplay is solid, with little to no lag experienced in my time with it but, just like 2K8, it’s getting into a game that’s the main issue and one that, unfortunately, has not been solved.
Despite these problems however 2K9 is a definite improvement over last year, and provides a fantastic on court experience that you won’t find with either of the two competing titles this year, and the off court portion of the game has improved significantly as well. This is the first time I’ve felt that 2K have offered a complete product, but until the online issues are solved it won’t quite be perfect for me.