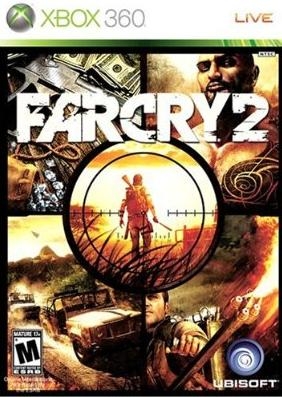 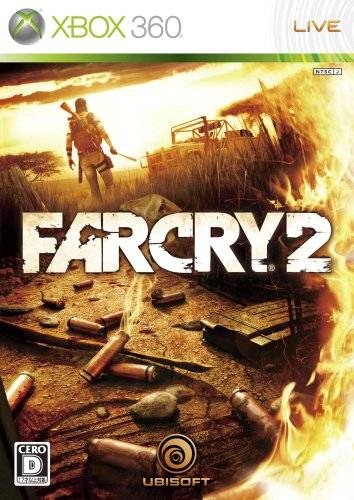 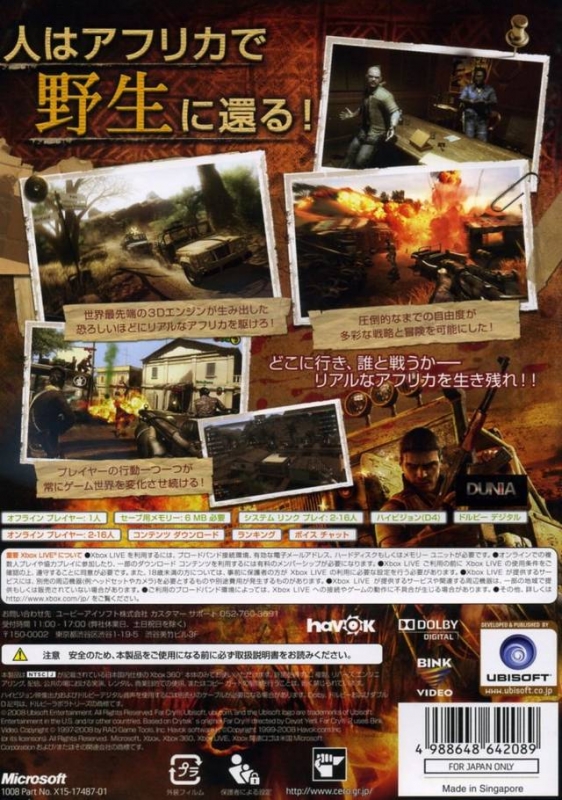 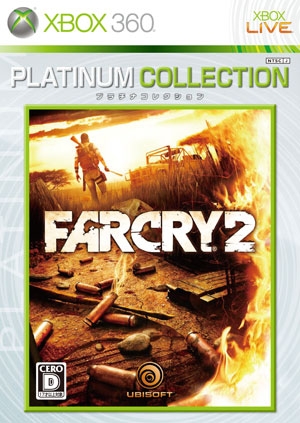 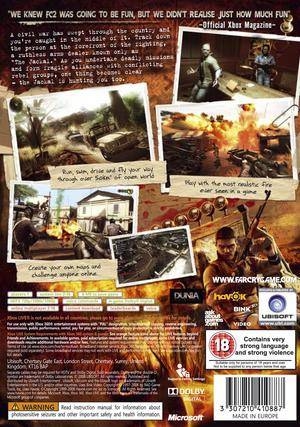 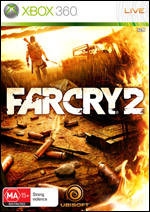 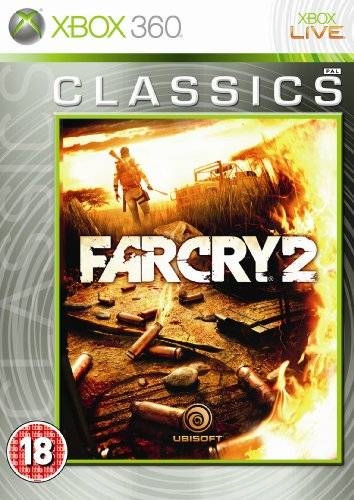 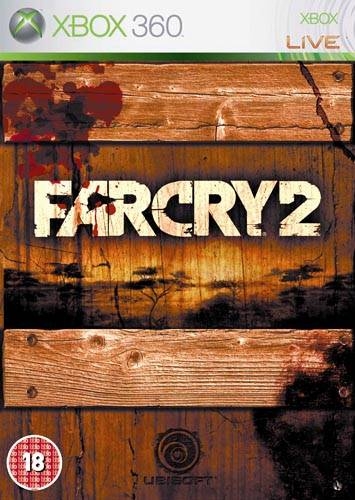 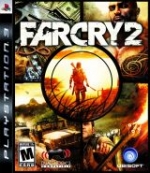 Can Ubisoft deliver the goods with this ambitious and open-ended first person shooter?

Ubisoft’s sequel Far Cry 2 is an open-ended First Person Shooter set in the vast areas of a fictional and modern east African nation. The nation itself has become a battlefield soaked in blood due to the raging civil war that takes place within its grounds. You as the player take control of a skilled mercenary on a lengthy journey in which he aims to locate and assassinate a mysterious and notorious arms dealer named ‘The Jackal.’

The game starts off with the player landing in the northern territory of the game, Leboa-Sako. First off, it is important to mention that the two maps (or territories) in this game are huge. Spacious African landscapes containing jungles, savannas, deserts and swamps are at the player’s disposal here, and there are many ways in which the player can travel around these lands. Obviously, the player can travel around on foot, but he or she can also choose to get around in a selection of vehicles such as trucks, buggies, boats and gliders. Bus stops are also scattered throughout the game giving the player the option to instantly travel between stops, and this brings me to the first negative point I noticed in this game. There are simply not enough bus stops, or fast-travel methods in this game to counter the enormous size of the map. To get from point A to B in this game takes a very long time, and as you progress through the game and carry out missions this becomes apparent. Even though this game is a first person shooter, you spend more time traveling than you actually do firing weapons. A tiny tweak such as tripling the number of bus stops in this title would have made a monumental difference and would have made the game a more enjoyable experience overall.

After arriving in Leboa-Sako’s main town Pala, the player almost immediately has a brief encounter with the Jackal, although since the protagonist is suffering from malaria at the time he is unable to mount an assassination attempt. The Jackal then flees the scene, and the player tries to follow suit. During this time the fragile ceasefire in Pala has broken down and both of the game’s factions (the APR and the UFLL) start plastering bullets at each other throughout the third-world town. During his attempted escape, the player is brought down by either being wounded in the crossfire or fainting due to another wave of malaria. The player is then revived by one of the factions in the area, and he is demanded to complete errands for them in return for saving his life.

After these errands are completed, the player is forced to work with both the UFLL and the APR in Leboa-Sako, each using the player as a deniable agent in order to avoid a full-scale war. While doing his dirty work, the player also keeps all his senses open to any important sources and subsequent information on the Jackal. Along with completing the main story path faction missions, the player can also complete numerous side quests for enhancements and rewards. Underground missions grant the player medical supplies to restrain his malaria, side assassination missions can be accepted by intercepting signals from various cell-phone towers in the area and convoys of weapon shipments can be hijacked in order to gain access to a greater variety of weapons and equipment. Weapons can be upgraded in many ways throughout the game, and there is the standard amount of weapons available to the player that you would expect in a shooting title.

The gameplay mainly consists of the player carrying out the various missions by infiltrating fortified locations throughout the map and of course the frustration that is traveling there and back. Unfortunately it has to be said that the game does not deliver in these important areas. First off, the shooting mechanics in the game could be better as it's fair to say that they aren't the most responsive or accurate. There is too much recoil present and whileunder attack it can be quite a challenge to actually hit the enemy. The second important gameplay weakness is the aforementioned traveling, however there's been enough said on this matter already. Another main frustration and unnecessary feature in this game is roadblocks. Along every road in the game the two factions have set up defended patrols that try their best to stop youfrom continuing along the road. A few of these roadblocks in the game would have been ample, but it becomes extremely frustrating, especially when traveling is such a time consuming element in the game. Once you drive through one of these roadblocks the factions chase and hunt you down in their own vehicles. Due to this you are never alone in this game; you always feel like someone is lurking behind you. These roadblocks turn a peaceful drive to a mission into ride through hell, and in this case it’s not enjoyable in the slightest.

As the plot progresses the player is forced to flee Leboa-Sako and is driven down into the southern territory, Bowa-Seko. This area is largely the same as the last one only it's now in a slightly different shape with more scattered mountainous areas and with a bit more emphasis on river travel. Players can buy a range of weapons in the game from various dealers and can take over safe houses giving a secure place to stay as well as essential ammo and health supplies. The player has a health bar, which obviously decreases when damage is taken and the player can top this bar up using health supplies in the form of injections. The player can also search and collect diamonds in this sandbox-style shooter, and there are plenty to find.

Throughout Far Cry 2, the player will meet various friends as they play quite an important role from start to finish. If you’re ever in trouble or need to berevived, they’ll be there for you. They also offer alternate ways in which to complete missions. Friends, however, are mortal in the game meaning they need to be protected and taken care of just like they do for you. It’s important when progressing through the story that you have a good few friends on your side-they come in handy.

The presentation throughout Far Cry 2 is fantastic. Menus are suitable and nicely displayed and the visuals throughout the game are top notch. This game truly brings the beautiful, diverse and sun-baked locations of East Africa to life with the use of some excellent lighting and detailed textures. The lighting effects become even more impressive as the dynamic and lively setting changes throughout the day. In-game, I actually found myself waking up early just to see the sunrise, which really shows off this shooter's visual glory. Character models are also above average throughout as well as the vehicles scattered throughout the map. At times they may remind you of the vehicles available in some top racing franchises as the heating sun shines its rays on their reflective and metallic body parts. They might not be the Crysis graphics that they were hyped up to be, but that shouldn’t affect the fact that they are stunning. Since this is Far Cry 2, I also have to get a word in about the much anticipated and publicised fire. It looks great and very well detailed and it certainly delivers in terms of its realistic handling. Ubisoft certainly didn't disappoint with regards to this.

The soundtrack is also of a high standard and is appropriate even though it’s very basic and not frequently used. The main soundtrack theme is subtle, smooth, at times clear and crisp and most importantly, it suits this game perfectly.While playing, the pops of gunfire are dominant and satisfying along with the masculine engine noises and the sharp callings from the surrounding animals. However, with all of that being considered, the sounds in the game are not spectacular in the slightest, but they are suitable. The voice acting is consistently at a high standard from start to finish, however there is a lack of variety. There are quite a lot of very similar sounding people to be heard as well, but alongside the visuals, they give this game a good atmospheric feel that suits the setting.

Ubisoft’s title also supports a comprehensive online multiplayer system that features plenty of maps, vehicles, modes and a decent ranking system. All the favourites like Team Deathmatch and Capture the Flag are included in various forms along with an average if not decent amount of weapons to choose from. Ranked and Unranked matches are at the player's disposal, however it's important to note that these two match types don't intertwine. If you reach a high rank and are pleased with your scores in something like Ranked matches, you'll be in for an unwelcome and nasty shock when you go to play an unranked game and find out that all your hard work doesn't carry over. Another crucial point is that this game's multiplayer is built as if it wants to keep you and your friends apart permanently. It can be tricky to hook up and play with you're buddies at first, however, I assure you that there is a way, and it does work. Without doubt the best feature about the multiplayer in Far Cry 2 has to be the map creator available to the public. It’s deep and complex enough for hardcore designers to make high quality multiplayer arenas, but at the same time it’s simple enough to ensure that everyone can jump straight into it and make a map. Maps can be publicly played, downloaded, shared and rated giving a community feel to this feature of the game. While the online multiplayer isn’t the best, it’s certainly worth a look into and is an enjoyable experience on the whole.

Value wise this game is found in the middle of the spectrum. The single player length is greatly affected by how the player plays the game and how many of the side missions and content he or she pursues. On average though, it will take you quite a while, especially if you're going after any trophies or achievements. The online, however, is where this game underperforms value wise. In a nutshell, the multiplayer feels limited and niche, and it certainly won't keep you hooked like Call of Duty does with the rather small and inactive online community adding to this feeling of a short-lived multiplayer experience.

So in conclusion, Ubisoft just falls short with this unique title. Although it has an excellent concept, environment and top-notch visuals, the main gameplay elements could use some work. In all honesty, realism has greatly hindered Far Cry 2. Added extras like gun jamming and malaria are never the less realistic, but they make the game more frustrating and less enjoyable. Obviously Ubisoft have put a lot of their time and resources into creating realistic effects, and although they may be technically impressive, they hinder how much fun this game actually is, and at the end of the day that’s what it’s all about. I certainly wouldn’t recommend skipping out on this title; it’s got many things going for it and is a somewhat different experience that wouldn’t come to mind when thinking of first person shooters. A few good tweaks would of made all the difference, however, it has to be said that Far Cry 2 was just a little too ambitious.