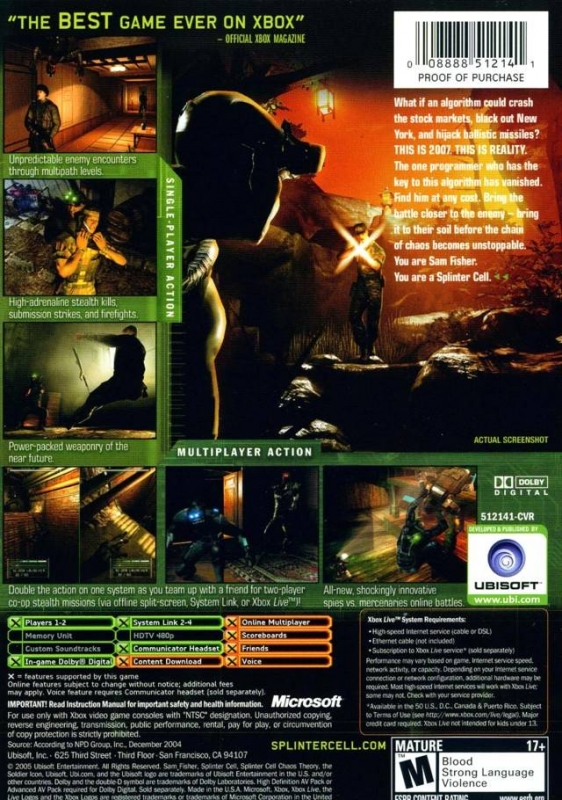 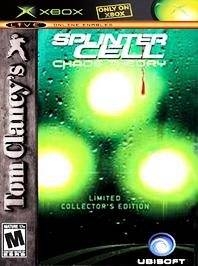 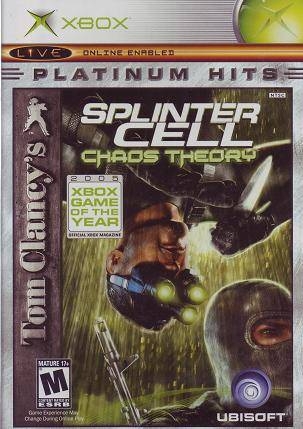 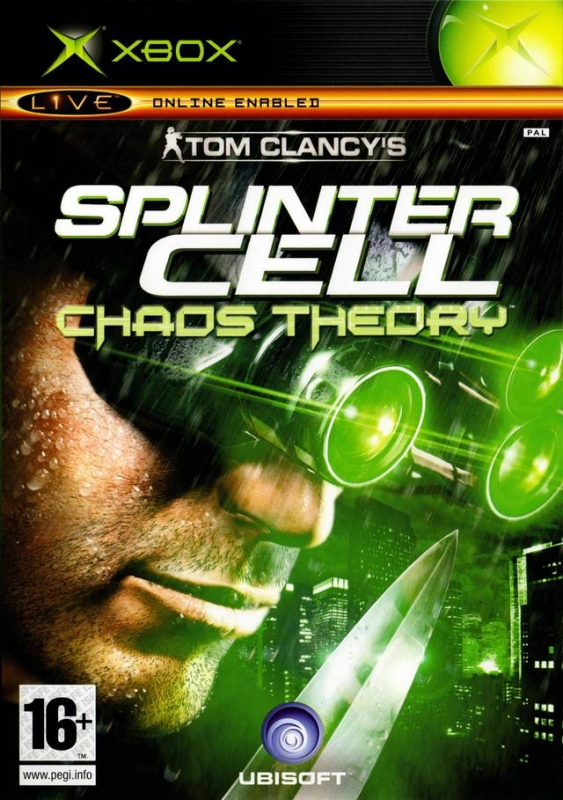 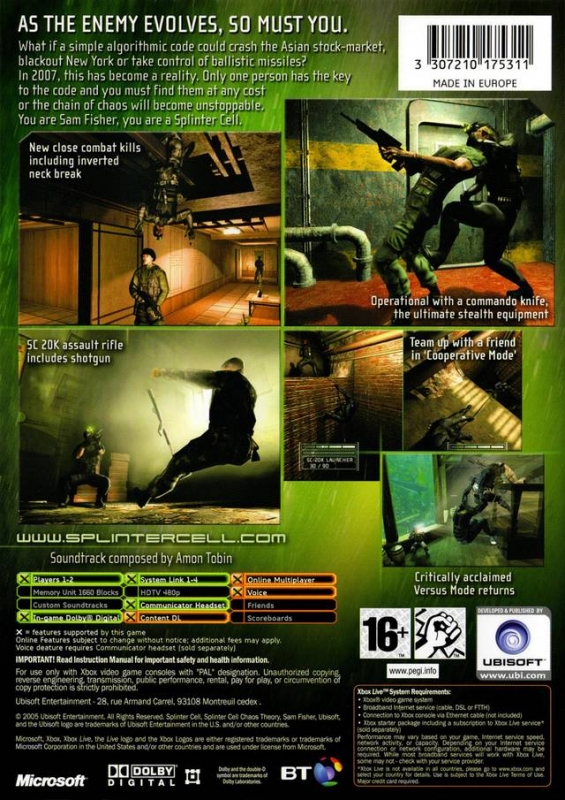 Presentation - 10
Gameplay - 9.5
Value - 10
Fisher's back with more brutal moves than ever. With so many additions and polishes to this 3rd iteration, it's hard not to say this stealth game is so near-perfect.

Sam Fisher is back for his 3rd entry into the Splinter Cell series.  Along with his trusty set of Night Vision/Thermal goggles, he has a brutal array of new attacks he can bring upon his enemies and well as a deadlier arsenal of weapons to choose from if he wants to use them.  With all the hype surrounding this game before released, many would wonder if it's holds up to the previous games.  When considering not only the addition of the new co-op campaign to the series, Splinter Cell: CT (Chaos Theory) put graphical and gameplay refinements in almost all areas it needs to making it not only hold up to the previous installments but surpassing them.

In the 3rd entry into the Splinter Cell series, you're set more towards the information warfare like that of the first one.  The year is 2007, tensions are running in the Eastern Asia region between Japan, China, North Korea, and South Korea.  The result of such high tensions leaves a blockade against all Japanese ships in the Yellow Sea.  The reasoning as to all the high tensions is Japan's formation of the I-SDF which could be considered an army which would be illegal for them to do after signing argeements post-WWII.  To help U.S.'s ally, Japan, they send the most technologically-advanced ship the navy has to offer and along for the ride is Sam Fisher.  While at the beginning Sam's mission is entirely different and doesn't relate to the troubles in East Asia, it's soon shown that Sam's mission has deeper roots then first suspected.

Overall, the story is probably the best out of the 3 released so far.  You get to see an extra layer of storytelling in CT then what you would've in the previous two.  While it's not extra a huge leap forward, it's still interesting to see the progression the player can see in Sam compared to being just a badass secret agent.  While it's hard to say you get to see much of a humanization in him, it's still nice to see Ubisoft taking steps (although baby steps) towards making him a bit more known.

Like that of the first Splinter Cell on consoles, Chaos Theory is able to make ,most noticably, the Xbox graphics shine.  Whether it's from the great lighting/shadowing to the great sound design, Ubisoft did a great job at making the custom engine for the Xbox stand out.  Even to the smallest detail of having a solo bass guitar beat for when you're sneaking around shows how engossing the stealth can be in this game.

The gameplay can be really summarized into one phrase: "Same foundation but a bigger house".  What's so enticing to the series from the previous two games seems to have been multiplied in this game to make you a brutal secret agent if your heart desires.  The new features brought in CT are as following: non-linear maps, ability to knock enemies from all angles, "ledge-grab" enemies, brutal new attacks from melee to new weapons and gadgets, co-op mode, new multiplayer modes, and other subtle changes of small account while still impressive.

What may have came to a shock to some is also the new M-rating for the game and there's good reason to it.  Sam's tactics are more brutal than ever which can vary from interrogating your enemies with a knife to breaking the neck of an unsuspecting guard while hanging upside down (you can also grab him as well).  These brutal attacks come in many forms, both lethal kills like using your knife or knoking him out the difference between the two can be pulled by hitting RT and LT, respectively.

Another great feat. in the SC series is how adaptable the new enemy AI is.  No longer are you safe of just hiding in the dark to enemies not to spot you, this go-around they brought flares to try and find you.   In CT, you don't need to worry about an alarm cap either (on most levels).  Instead what your enemy will do is increase in number and after 3 alarms, they'll bar certain doors and be anticipating you when you come in.  Among that you'll even see enemies react differently to whether you shoot-out a light or temporarily turn it off using your EMP pulse on your pistol.  Although the only quarrel I can really find with the AI is how close you're able to get, it's still amazing to see how much more real they react to the enviroment compared to the previous SC's.

As you can see from the pic above, this is an example of sneaking up on an enemy from underneath to subdue him or "ledge-grabbing".  These brutal attacks listed can all also be found in the series' new co-op mode.  The co-op campaign revolves around the same storyline as the SP one.  While it may not be on the level of iteraction found in the SP, it certainly has it's own perks.  You have moves only found in co-op like the 2-man human ladder which involves one agent hoisting the other to a higher ledge then the other hanging on than ledge will be used to allow the first agent (the one hoisting) to climb up him.  While the overall co-op package seems like it could've done a bit more to reach it's full potential, it's still an amazingly fun new mode to play with a friend.

While you may be familiar with the Spy vs. Mercs mode from PT, Chaos Theory emplores a more varied selection of options to choose from.  While some are new variants of old gameplay modes, it also offers a new deathmatch mode which pits the Spy and Mercs against each other to the death.  Like that of the innovative mode released in Pandora Tomorrow, the multiplayer still holds up to that of it's predecessor and argueably improves upon it in a lot of aspects while staying true to that "hardcore" appeal that it has.

10  Splinter Cell: Chaos Theory adds so many great new ideas into not only the series but the stealth genre itself.  As I've said before, while no game is "perfect" CT is truly one of the closest examples to it.

New Co-op mode is fun and MP as well