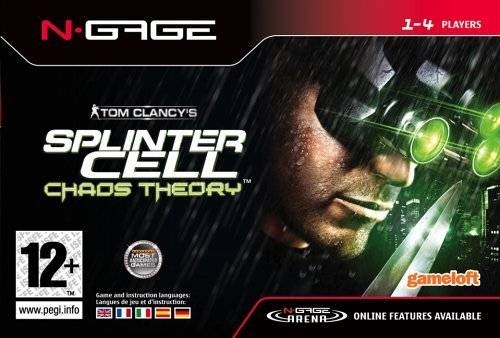 The year is 2008. Information Warfare has evolved into the most dangerous threat to global stability. You are Sam Fisher, Third Echelon's most skilled Splinter Cell operative. You are assigned to execute a hazardous series of operations to investigate and eliminate a new source of information attacks, originating in North Korea. To succeed, you will employ a host of unconventional counterintelligence activities to gather intel, disrupt enemy operations and neutralize adversary targets. As Information Warfare evolves, so must the Splinter Cell. You must penetrate deeper into hostile territory and operate undetected, closer to the enemy than ever before. At your disposal is a lethal array of tactics ranging from Combat Knife techniques, experimental prototype weapons skills, and more radical hand-to-hand techniques such as the Inverted Chokehold. Experience the thrill of acting as a lone operative fighting tomorrow's threats in the field, and of cooperating online with a partner to accomplish crucial missions. Die in action, and the free world dies with you. [Ubisoft] With Tom Clancy's Splinter Cell Chaos Theory, the Gameloft development studio continues to push the interactive and technological possibilities of mobile gaming, adding full-3D to interactive features and multiplayer options via Bluetooth wireless technology and the N-Gage Arena.