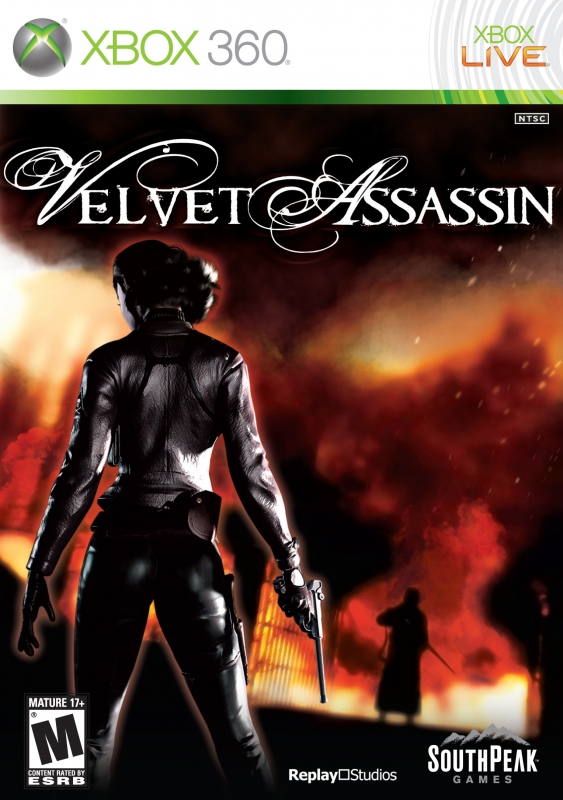 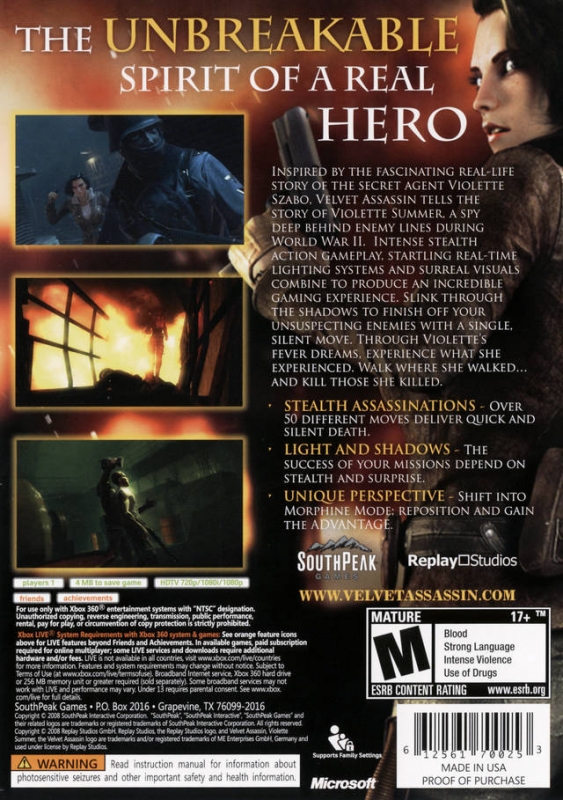 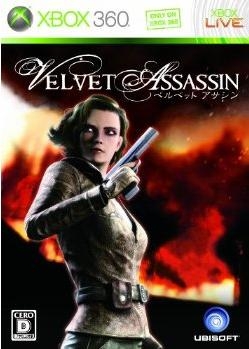 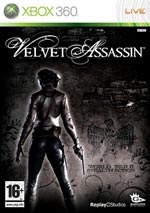 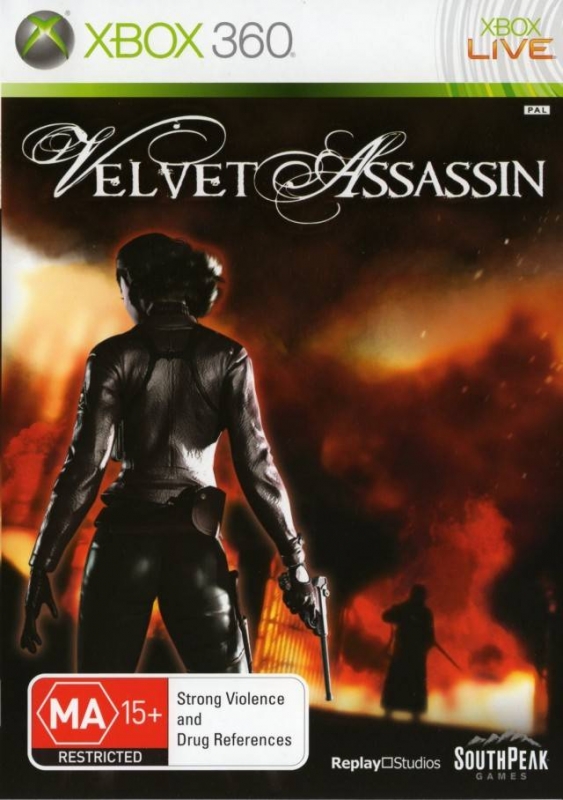 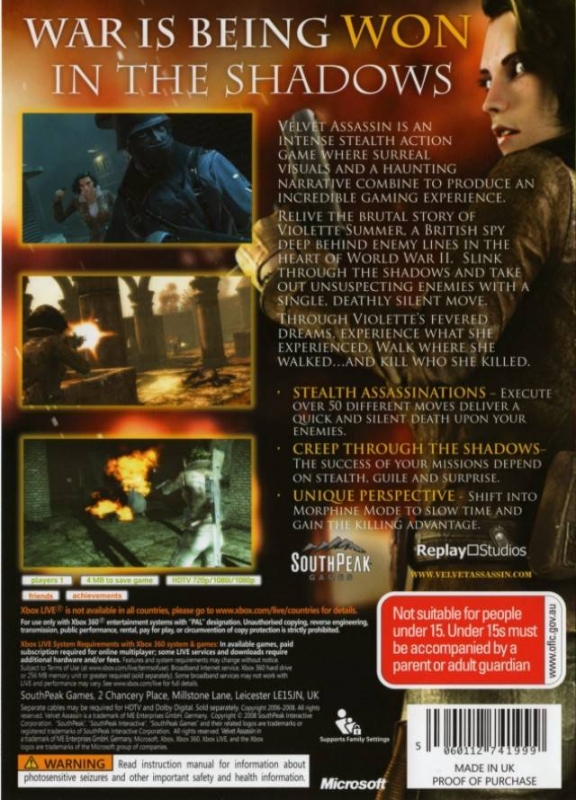 This game of assassination was brutally executed.

You’re a highly-trained British assassin sneaking around in the shadows inside a Nazi bunker in World War II, searching for your mark. A guard stands leaning against a post on the other side of the room with his back to you. So you crouch and stealthily creep up behind him – or so you intended. Somehow, the guard in the next room who you couldn’t see (and who turns around at lightning speed) is already shooting you, causing his comrade to turn around at the last second and deny you the stealth takedown. No problem, you say, you’ll just light him up with your machine gun. Well, 'no problem'; that is, until you realize that the guards must be wearing bulletproof vests, as they barely react when shot unless hit in the head. You try to stab him with your knife, but you realize that the only way you know how to use it is to hold it as if you were stabbing, but instead go for a slice and miss the target that’s a foot in front of you. You have the idea of shooting out the lights to make your escape, but then you realize that the bulbs must also be bulletproof, as you are unable to shatter them. You try to run out of the room and hide, but the guards have perfect accuracy and seemingly-endless clips. You die.

“Not a problem – I’ll know where the other guard is and take it into account for next t… wait, what happened to my saved file?” Yes, Velvet Assassin has some serious problems.

Such five-minute blasts of glitches and cheap game design pervade the entire fifteen or so hours it takes to complete Velvet Assassin, a game with an intriguing concept that could have greatly benefited from another six months of development time. You play as Violette Summer, based on the actual WWII assassin Violette Szabo, and take on missions that task you with killing important Nazis. Basically, what Replay Studios has attempted to create is a wartime version of Splinter Cell. The primary game mechanic, for the most part, is hiding in the shadows, watching your foes, and waiting for the time to strike.

This has got to be the most bug-ridden game I’ve ever played. As mentioned, the game deletes your saved file at its leisure, but that’s not all; plenty of smaller things add up to one completely unpolished package. Most gamers are familiar with the unfortunate truth of movement lag in some online-enabled multiplayer games, where characters will appear to be moving but will be running on the spot and then they’ll eventually appear several feet away. While annoying, it’s understandable to have these problems in an online multiplayer game, as it has to communicate data over very long distances with varying connection speeds. On the other hand, it’s completely unacceptable in a single-player affair. In one scene, a guard was standing at the end of a bridge doing a walking motion, and I was sneaking by the other end. All of a sudden, he warps right in front of me and kills me. I was lucky, the game decided to let me keep my saved file that time. Add to that the guards that can sometimes see you from across the building despite you being completely covered in shadows, and you have a recipe for extreme frustration.

Unfortunately, even when you get past all of the above glitches, the actual game just isn’t much fun. Almost all entertainment value is mitigated by some absolutely terrible design decisions. First of all, I do not truly consider this a ‘stealth’ game. A stealth game generally gives you an open environment and several different pathways and options. No, the sneaking in Velvet Assassin is much closer to the scene in The Legend of Zelda: Ocarina of Time where there’s a clearly-defined path that you must take in which guards continually move in one specific pattern. There is often only one real path you can take if you want to pass the room without using all your ammo or taking a large hit to your health. While it’s more involved than simply timing when you move to the next spot (sometimes you’ll have to flip a switch that electrocutes the idiot standing in the water with a nearby live wire, for instance), but there’s really no room for improvisation. Violette can’t even climb over things unless doing so is part of the intended path. And if you die, checkpoints are given out so sparingly (and the game erases your saved file so often) that it’s going to be a long while before you get to try that section again. I could give fifty examples of how rigidly-defined your path is, such as how Violette is forced to sneak across a heavily-patrolled bridge when the water underneath it looks ankle-deep, but you get the point.

By far the most enjoyable segments of the game are the few times when you are given a nice big weapon and told to eschew the shadows and run in guns blazing. When these rare moments pop up, it genuinely feels good to just line them up and knock them down; a great stress reliever after all the tedious work you had to do to get there. But even these moments aren’t without a lack of polish. Say you’re letting loose with the machine gun and mowing down Nazis and you empty your clip while some are still bearing down. You reload, and as soon as the clip is in the gun you get out of aiming mode so you can get to a better position up close to them. You go to fire, only to realize that there’s no ammo in your clip. You see, you didn’t wait for Violette to finish the entire reload animation, even though she had clearly put the rounds in, so you’re about to get a face full of that Nazi’s buckshot. There’s no way to quickly switch to your other firearm either, as it takes two presses of the D-pad to even start scrolling through your items. A few seconds later, you’re dead and hoping that your save file is still there.

Some of the objectives in the game are completely pointless, too. In one mission, the two objectives were to find a weapon cache and escape. Following the linear path laid out for me, I came across the escape vehicle first. Violette mentioned that she'd better find some weapons first, as she may need them. After sneaking around for way too long and then working my way back to the car through a very long gunfight, she simply got in and drove away. So, in reality, there was no need for me to find the guns at all, since she could have easily escaped by simply getting in the car in the first place.

One of the few design decisions I have no negative comments about is the use of Morphine. Dotted throughout the environments are syringes full of this powerful drug, which, when activated send Violette into a dreamlike state in which the world around her slows down and she has a limited amount of time to run up and instantly kill one target, even if he’s already spotted her.

In order to spice things up a bit and allow for a bit of RPG-lite customization; Replay littered the twelve missions with various collectibles, each giving Violette between a hundred and a thousand experience points when found. For every thousand points gained, you earn an upgrade star, which can be used to increase either the amount of Morphine you can carry, the speed at which you walk while sneaking, or the amount of damage you can soak up. Each can be leveled up five times, for a total of fifteen stars, or fifteen thousand experience points. Fair warning: don’t spend too many points on increasing the Morphine stat, as you can more or less get by with the default number of one, and for reasons I won’t disclose, the stat becomes completely useless in the final two levels.

The graphics in Velvet Assassin aren’t jaw-dropping, but the game can be quite pretty at times. Violette animates smoothly, though she admittedly doesn’t have a ton of different animations. The same goes for the enemies when they aren’t plagued by the movement lag glitch. The lighting is decent, though there’s little in the way of self-shadowing going on. The visual highlights are definitely the assassination animations. These are very context-sensitive and satisfying to pull off. For instance, Violette may go with an execution-style shot to the head if she’s holding a silenced pistol, strangle the enemy using her sniper rifle, or toss them on the ground and brutally stab them several times using the scissors that serve as the second-last mission’s only weapon. Unfortunately, a lot of objects in the game that should be 3D models are merely textures, such as unimportant doors or piles of leaves. What is there though can be very effective at communicating a given tone. The final level has you sneaking through a Warsaw-like ghetto as the Nazis are ‘cleansing’ it with their flamethrowers, and it was quite unnerving to be stepping over dozens of bodies of dead Jews.

The sound is very hit-and-miss. It’s admittedly very nerve-wracking when, after you’ve snuck around in silence for so long, a guard you didn’t notice shouts far more loudly than you’d expect and sounds an alarm. However, many sounds repeat incredibly often throughout the game. There are two sound effects for opening doors; a metallic creak and a wooden creak. And that’s to say nothing of the fact that your enemies only seem to know how to whistle one song, which you’ll be hearing at least a thousand times before all is said and done. The music is suitably dark and sparse, but nothing special.

As I said, the game’s clock told me my entire play time was around fifteen hours on the Normal difficulty, with about 75% of the collectibles found. Keep in mind that I used a strategy guide starting from halfway through in order to expedite finishing this review. So, it’s fairly lengthy for a game of this type. However, I can’t think of any reason anyone not playing the game for review would play past the first hour of their own volition.

Velvet Assassin was a great idea, in theory. Make a game about an assassin in World War II who goes around killing Nazi leaders. However, even if you make it through all that torturous gameplay, the ending is completely unfulfilling. Nothing is accomplished, and you actually feel like you’ve made part of the world even worse (seriously, guys – that’s the OPPOSITE of a reward). I always try to end the review with a bright spot or saying who the game would be well-suited for. Unfortunately, unless you absolutely must experience WWII from a non-first-person-shooter perspective, if you’re looking for a stealth game, you’ll be much better served just playing Splinter Cell again.