Hindsight occasionally harmonizes mechanics with meaningful themes, but the overall impression feels hollow the more I look back.

Disregarding any sort of main menu, Hindsight opens straight into its main conceit: rotating the world through your fixed perspective.  When you’ve spun around to the slim clearing between some obscuring trees, a brief audio-visual queue indicates you can float through.  Now you see a middle-aged lady, named Mary, standing by a shore & contemplating some of her regrets. Similar to Cloisters Interactive’s A Memoir Blue – also published by Annapurna Interactive, Team Hindsight (with director Joel McDonald and writer Emma Kidwell in front) wants to explore important themes through non-intensive mechanics.  Although that endearing goal occasionally hits a rhythm, there’s a distinct hollowness to it the more I look back.

After Mary’s time-lapsing reverie on this mysterious shoreline, you’re transported back to her present day.  On the cusp of her restaurant's grand opening, a goal she’s ceaselessly toiled to reach, her mother passes away.  Being as her mother was the only living person in the quaint family townhouse, Mary has to return home and pack her valued belongings.  Within each room is a collection of freeze-frame vignettes for her to explore with – dare I say it – hindsight. 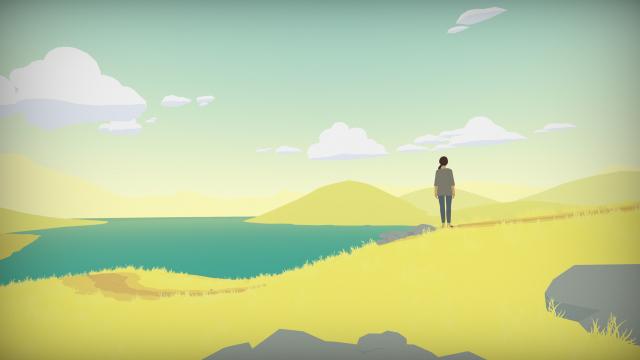 It’s a wonderful idea, thematically speaking.  How often do we see moments of our life as subjective snapshots?  Here, grabbing a specific object, entering a 3D environment frozen in time, and angling it in just the right way will lead to a series of reminisces, almost like a rush of other dormant memories springing to life.  A random tube situated at the right angle, and with the ever-so-annoying controller cursor UI lighting up, will transport Mary and her dad to the backyard building a wooden fort; find the next super-imposed image while out there and now she’s star-gazing at night.  Similarly, as she continues to disinter her mom’s stuff, she can appreciate those moments from a new angle, enabling Mary a newfound appreciation of what those actions were trying to instill in her.

Needless to say, they had a semi-tense relationship.  As you assist Mary in moving to pre-designated spots, she reveals more and more about her interpretations behind past actions; how she’d dissimulate her honest thoughts about missed piano recitals, the strict household, and so on.  Some of Hindsight’s best interactive moments tap into exploring her Asian-American identity, such as losing playtime with friends to focus on learning to write kanji.  The actions are rudimentary, but it provides important context as to why this divide ultimately happened. 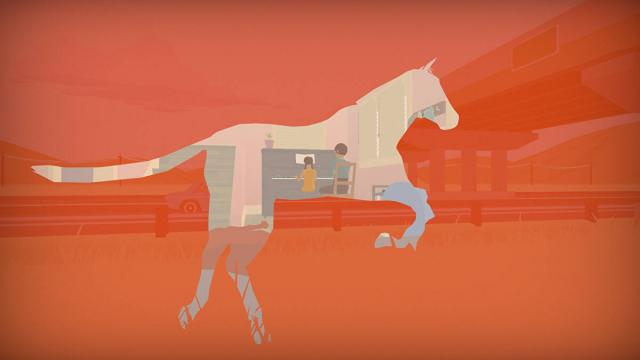 Those more culturally-inspired & interesting moments occur too sporadically for their own good, however.  What ultimately tamps that otherwise neat concept is simply how mechanically and narratively repetitive everything ultimately feels.  Voice actor Reiko Aylesworth adds a euphonious tenor, but she can’t distract from such vague lines.  There’s something so… by-the-numbers and insipid about it:

I hate to sully Kidwell’s writing, especially since her being half-Asian takes on an autobiographical quality, but I just couldn’t shake this sense of Oscarbait.  It often relies on the safest clichés about immigrant families without thoroughly pursuing something more unique or dynamic.  The somber poetic touches mixed in with Mary’s testimony are too much surface and too little substance.

There’s always a case for stripped-down mechanical simplicity, particularly with indie games capturing a specific concept.  Is the choice of making players ‘click’ (or button-push) where Mary goes next preferable to free movement seen in a walking sim?  Well… given the house’s compressed size and the dialogue’s slower delivery, there’s enough justification in having the camera gingerly move for us.  While you’re not just limited to rotating the camera around – maybe you’ll paint a wall or clean some windows to uncover the next superimposed memory - the argument is tougher for keeping to this one central mechanic.

Again, the idea makes sense: disinterring a greater truth by viewing your memories from a new angle, how remembering one thing can catenate to several other memories, viewing the frozen expressions of Mary and everyone else in the frame.  But after sticking firmly to that script for two-ish hours, it eventually feels like an automated emotional conveyor belt than a fleshed-out mechanic.  Never mind some of the little tactile annoyances.  Team Hindsight certainly has an eye for pretty shots (complimented by the pleasant soft-texture art style), but occasionally that can lead to confusion about what to do next; sometimes the character’s direction and expression will mislead you towards the next memory.  There were also a couple of times I thought I was soft-locked from progressing, as I had to brute-force the controller-cursor’s UI into acknowledging that I was clicking on something. 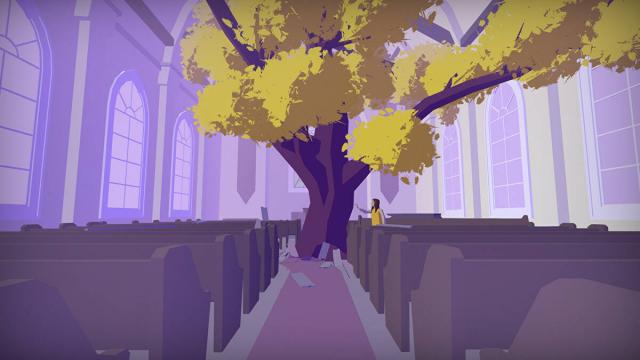 While I try to emphasize quality of time versus quantity, a $14.99 price point is too much of a distraction to ignore.  If you drink in the sights and go for all the missable achievements, maybe your total playtime can be stretched out to three-ish hours.  Beyond crunching numbers, I’m also drawn back to comparing Hindsight to another Annapurna-published title: I Am Dead.  While that was a true-blue puzzle game, the way you had to thoroughly investigate the world felt more meaningful and unique.  Cool little gameplay nuggets, such as fast-forwarding time by manipulating a candle wick, or selecting what memorabilia you want to put in Mary’s suitcase, can’t overshadow the majority of these plain tasks.

What’s left is a quaint, pleasant-looking title with one neat mechanic wrestling with important themes like regret after familial loss or appreciation for the everyday experiences that fundamentally shape our lives.  I can mentally follow how some can hold onto those meaningful ideas and how they might carry the experience, but too often I felt like I was going through the motions.  “Oh, here’s where the finale comes in…” or “Oh, this trick again…” were prevailing thoughts during several emotional moments.  Who knows, though?  Maybe with some distance and re-evaluating what it’s trying to convey could put everything in a new light.  After all, Hindsight is 20/20.