Afterlife is truly the best possible subtitle for the new-and-improved Death's Gambit. For one, it applies in the literal sense, since the entire game takes place in the space after death, and involves resurrected souls and immortal champions. For another, it applies in the figurative sense, in the way it grants the 2018 Souls-like title a new lease on life. Indeed, with ten new levels, six new bosses, 22 new weapons, mechanical tweaks, and an expanded world, Afterlife represents Death's Gambit reborn — the ultimate version of developer White Rabbit's love letter to Dark Souls. So, how does it fare in an increasingly crowded market of Souls clones?

Afterlife takes place in Siradon, a medieval kingdom that holds the source of immortality. Neighboring domains, desiring the power of everlasting life, have launched wave after wave of expeditions into Siradon in a vain effort to wrest the power for themselves. You are Sorun, a soldier on one of these failed expeditions. After your untimely demise, your soul is retrieved by none other than Death himself, who binds you to a contract in order to wipe out the source of immortality and restore the natural order. 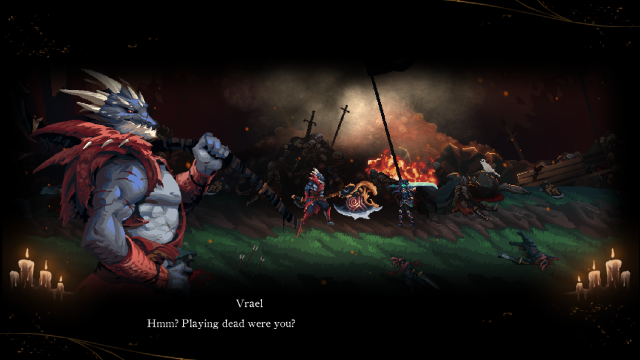 The story in Afterlife is one of its better features — to a point. The premise and setting are convincing; the atmosphere appropriately gloomy and forbidding; and the personal journey of Sorun rich in pathos. Things start to get a little problematic in the final hours, particularly as the story stretches on past its original ending. Just as the narrative is building to a climax, it takes a couple of left turns and detours, spoiling some of the momentum. In general, Afterlife overstays its welcome.

Afterlife, and vanilla Death's Gambit before it, is interesting in the way it's simultaneously slavish to the Souls formula — and thus overly familiar — and experimental, throwing all kinds of unusual themes and mechanics into the mix. You'll immediately see the trappings of Dark Souls: statues where you can save your progress, replenish healing items, level up, and respawn all rank-and-file enemies in the game; limited healing items called plumes; a restrictive stamina gauge; shortcuts aplenty; strange NPCs that congregate in a hub area; etc. Heck, there's even a giant fire-breathing bird that spits flames across a bridge. Developer White Rabbit certainly doesn't shy away from the comparisons. Early in the game, Death tells Sorun, jokingly, "you must toll the two bells of Ascension..." 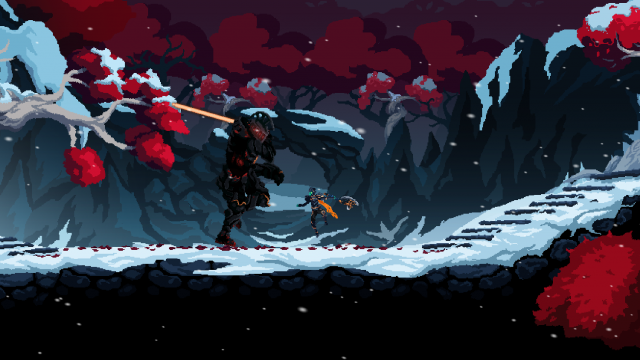 At the same time, Afterlife tries a lot of atypical things. For one, the penalty for failure is a little different from the typical Souls sentence. Instead of dropping all your accumulated shards (souls) upon death, you instead drop one of your plumes (estus flasks). This is, at first blush, a far more disastrous loss, but it turns out you can spend shards to reclaim a lost plume back at a statue (bonfire). Another way in which the game is more forgiving is how it allocates partial shards for doing heavy damage to a boss without defeating it. If you bring a boss to half health and then die, you'll earn half credit. You can then use those shards to level up and try the boss again. It's an interesting way to make what remains a very punishing game just a little more accessible.

It doesn't stop there, though. The game experiments with different themed regions, including a high-tech futuristic zone that's more The Surge than Dark Souls. It also plays around with locomotion options: double jump, air dash, limited flying, crash down, etc. Finally, the game tests out a lot of mechanics. At one point, you need to change your character's polarity in order to deal damage to reverse-polarized baddies. At another, you have to answer trivia about your exploits in order to proceed. Not all of these oddities hit the mark, and some are introduced and then discarded almost immediately, but White Rabbit's experimental mindset is appreciated nonetheless. Would Afterlife be a stronger game if it stuck more closely to the Souls-like formula? Probably. The experiments with platforming, puzzle-solving, and backtracking ultimately don't add very much to the experience. 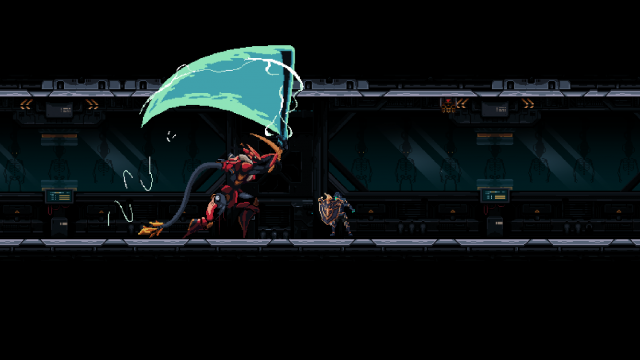 Regardless of some underdeveloped mechanics, the bread-and-butter of Afterlife — risky combat, dangerous exploration, and the addictive Souls-like loop of two-steps-forward-one-step-back — is very reliable. Combat is both smooth and substantial, and very flexible, thanks so several weapon types, dozens of talents, and seven character classes. If you're into slower and more strategic melee gameplay, go for the soldier or sentinel class. If you want to bombard your foes from a distance, elect wizard class. And if you want to hack and slash your way to success, give the blood knight a try. No matter your class, talents, and preferred weapon, though, you will face a hard road ahead.

That road will snake in and out of Siradon, across blood-soaked dungeons, snowy tundra, musty sewers, and crumbling ruins, among other biomes. Each area is filled with monsters, secrets, shortcuts, and treasures. In typical Metroidvania format, you'll revisit old areas armed with new skills to snatch previously-inaccessible power-ups. Since Siradon stretches out horizontally, it's sometimes tiresome to travel back and forth between the far ends; you'll probably find yourself riding your horse back and forth through the Aldwynn Sewers more often than you'd like. Sorun eventually earns a fast-travel ability, but only at the very end of the game.

When it comes to the layout of each region, Afterlife is mostly fine. Some areas, like Gaian's Cradle and Central Sanctuary, are interesting and fun to explore; others, particularly Magister's Labyrinth, are more tedious to traverse. 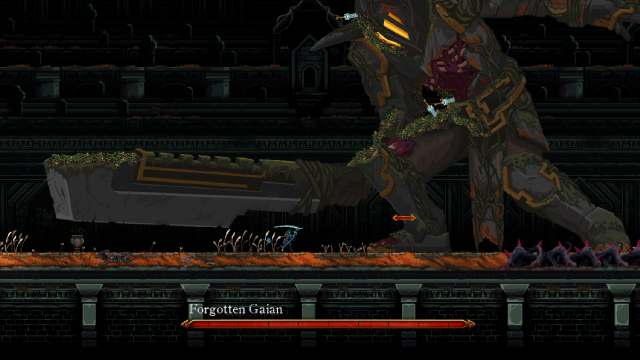 No matter the region, it will probably culminate in a boss battle. Afterlife features a commendable collection of monstrous bosses that play out in very different ways. There's Forgotten Gaian, a hulking giant that seems pulled from Shadow of the Colossus; Tundra Lord Kaern, who fights on a tilting platform like Iggy Koopa; and Origa, who attacks from afar with a sniper rifle; plus over a dozen more. One of the game's most interesting features is the ability to participate in a harder "heroic" rematch with any defeated boss, with more advanced loot on the line.

In terms of content, Afterlife is no slouch. It took me 25+ hours to achieve ending A, the "true" ending. When you consider there are seven playable classes, multiple endings, and a new game +, you could conceivably play and replay this Souls-like for dozens of hours. 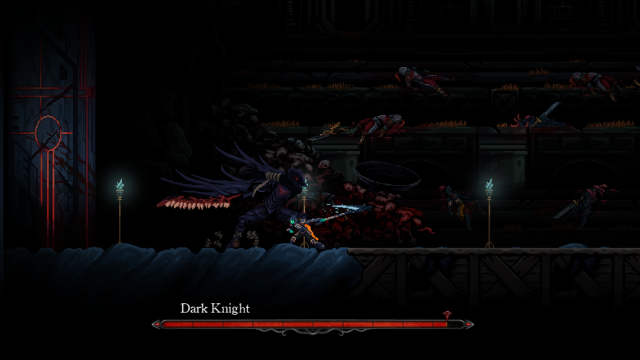 You won't mind logging so many hours due to how lovely the game looks and sounds, in spite of its dark subject matter. The game boasts smooth animations and attractive pixel and portrait art. It helps here that Afterlife adds a wider field of view to capture all these details. The audio side of things succeeds as well, thanks in part to brand new voice work for each NPC and in part to a soundtrack by Kyle Hnedak that alternates between melodramatic in the quieter moments and bombastic during more epic battles.

Overall, Afterlife is a solid entry in the Souls-like sub-genre and the very best version of Death's Gambit you can own. It's packed with content, both old and new, and features engaging combat, dangerous exploration, and varied boss battles. Its narrative runs out of steam towards the end, some of its mechanical experiments don't stick the landing, and exploring can be tedious at times, but in general Death's Gambit: Afterlife provides everything you'd expect from a 2D action-RPG in the Souls mold.

This review is based on a digital copy of Death's Gambit: Afterlife for the NS, provided by the publisher.