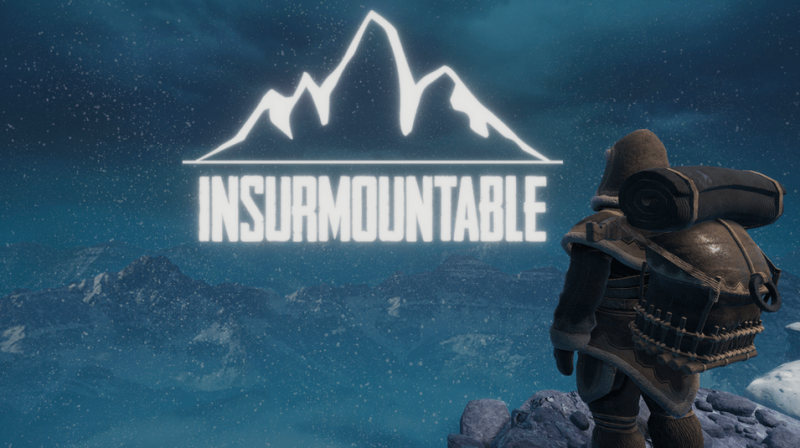 A novel rogue-like point and click rock-climber that feels a bit too passive.
It's always nice when a game tries its best to give players new and unique experiences that you won't commonly find in other titles.  Insurmountable is a rogue-like point-and-click strategy game that does its best to be that type of experience; however, it doesn't quite hit the mark. 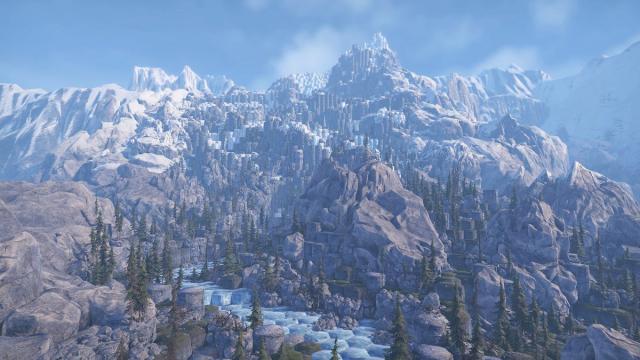 In your quest, the goal is to reach the top of three mountains of varying difficulties on a single life, then climb back down and reach base camp alive.  Each new session features a randomly generated playfield on a hexagonal grid.  You need to find the safest path to the summit, dealing with potentially fatal environmental-related critical events as they happen.  You also need to be mindful of your energy, body temperature, sanity, and oxygen, as these must all be maintained if you're to move safely through the hazardous environment.   Should any of these status bars reach zero you'll begin facing critical events in relation to the drained status, such as frost-bitten toes when your temperature gauge hits zero.
To improve your chances of survival there's a level-up system, where you can acquire different skills, such as losing less body heat during the night, or consumable items restoring energy as well as sanity, and things of that sort.
Although there appears to be a lot of thought put into the game's systems, the gameplay aspect of Insurmountable is almost non-existent.  Most of the interaction comes from simply clicking on the various different hexagons on the grid. 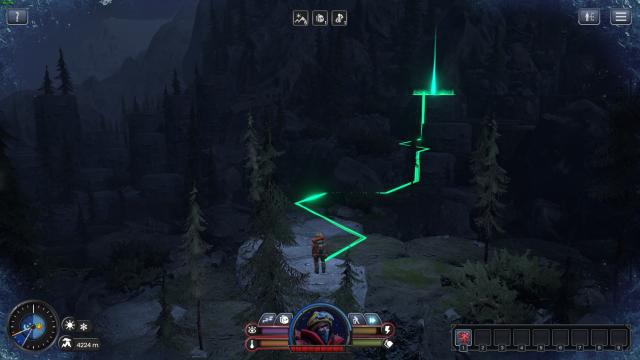 Riddled throughout the play area are icons that trigger events, which are presented via text and illustrations.  With these events, you're given a selection of choices of how to deal with the situation.  But after seeing the same events play out multiple times in the same session your immersion will break, and you'll begin to wonder if any of your choices matter at all.  Is someone being attacked by a cougar?  Well, that's fine - search his bag. He won't see you, and you'll probably be presented with the same event again further up the mountain, where you can select a different outcome.
It's like playing a classic board game, such as Monopoly, but you're missing two-thirds of the community chest cards; you're inevitably going to pull out the same cards over and over again. This, combined with the slow-paced nature of the game, leaves it feeling like a chore to play - almost like those old computer games played in grade school that you only tolerated because they were more fun than doing more school work. 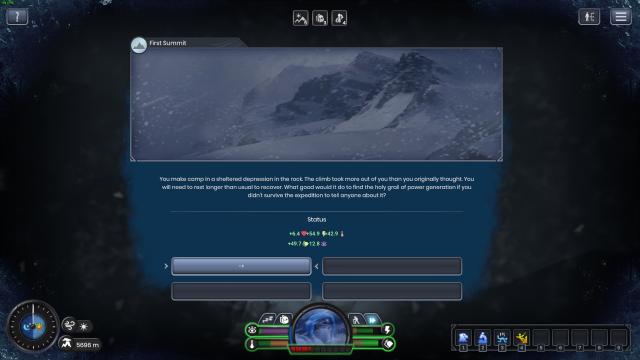 With this in mind, the game seems to have a bit of an identity crisis; some of its functions seem like they would be far more suitable to a board game rather than a video game. There are no moving obstacles, or NPCs, nor any wild animals on the playing field, or anything that discourages you from staying still, and all of the action and excitement is text-based.
Issues regrettably extend to the sound design as well.  The music for the most part is the same tune on repeat, but it cuts out briefly when there's a critical event playing out.  The only sound effects you'll hear are footsteps and metallic clanging, which doesn't do much for the game's atmosphere, leaving it feeling like a lifeless void - the total opposite of what you're supposed to feel based on reading through the events (which also have no sound effects, nor voice acting, both of which would help immerse the player). 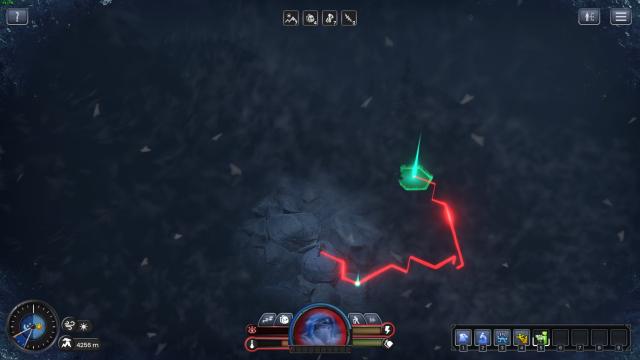 The visuals are arguably Insurmountable's strongest asset.  The environment looks great and is complimented by hazardous weather effects. At first glance, however, the character models smear the otherwise good first impression, consisting of 3D renders that look like clay.  The details on these models, from the jackets and pants to headgear, all have a sheen of wetness to them that doesn't look good.  The still images of characters are even worse - they have a creepy, unsettling vibe to them that's reminiscent of pre-rendered 3D humanoids from the PlayStation One era.
What hurts Insurmountable the most though, and to raise this point again, is that it's trying to decide rather it wants to be a computer game or a board game.  It's so slow-paced that there's even a time-lapse button to make the character walk and climb faster - and due to the game's naturally dragging pace, there's never a reason not to play with it on. This, plus the limited number of events and animations, as well as everything resetting upon death, makes it extremely hard to stay invested. 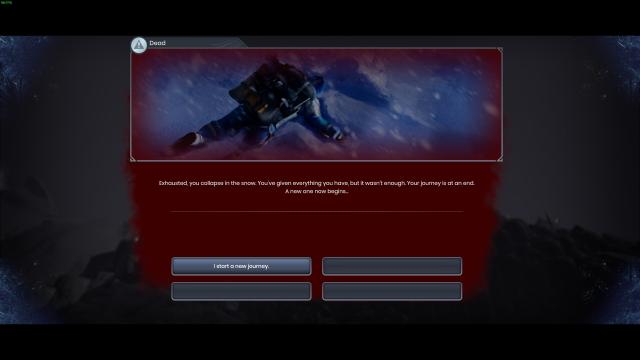 There may be some good ideas and systems at play in Insurmountable, such as inventory and meter management, but the title is only remotely enjoyable when those meters are almost completely drained and you're near the end of the level. Up until that point there's no sense of danger or urgency, and you're left gathering items at the mercy of a drawn-out random number generation.