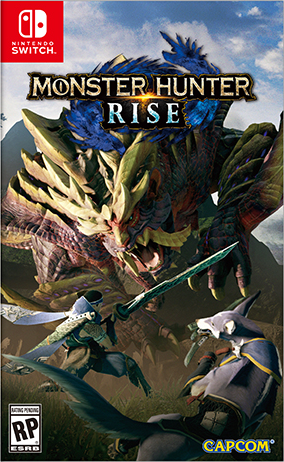 Rising to the occasion.

Arguably the most high profile Switch title since Super Mario Odyssey, Monster Hunter Rise has a lot of expectations to live up to. After Monster Hunter World brought the series’ popularity in the West to new heights, Rise has the somewhat unenviable task of catering both to newer players from World and long-time veterans. In response, Rise brings a number of significant alterations to the general gameplay loop, looking to improve upon past titles while also making newer players and veterans alike happy. So just how well does the Switch’s first big time release in over a year hold up? 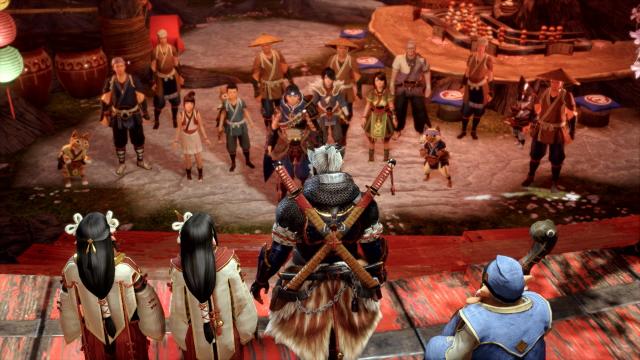 One important change that you’ll notice right off the bat involves the amount of tutorializing. Rise is probably the most accessible Monster Hunter yet, which is both a blessing and a curse. It's certainly good to see Monster Hunter put more of an effort into helping new players get a grip on the general gameplay flow and the importance of things like resource gathering (especially after World basically ignored that). However, for series veterans, Rise’s early game can feel like a drag, as it re-explains a seemingly endless number of old mechanics. Some option to indicate whether you’ve played a Monster Hunter game before wouldn’t have gone amiss.

After Monster Hunter World integrated single player and multiplayer quests into a single list, Rise returns to series tradition by having separate quests for single and multiplayer. Before you get too excited about a deluge of content, they’re practically the same quest lists with the same monsters to fight, only with the single player ones toned down significantly. Honestly, I’d almost consider the single player quests not worth your time, as they’re pitifully easy and stop giving you worthwhile materials pretty quickly. 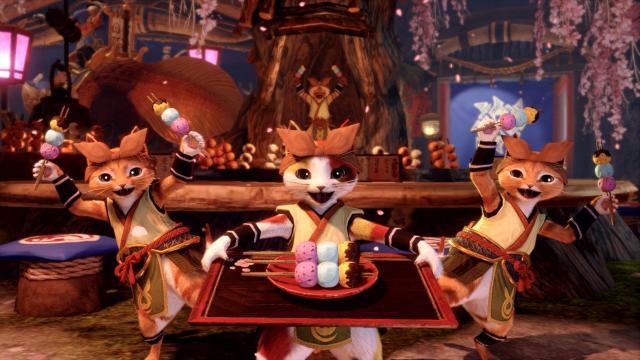 Unsurprisingly, this means that the bulk of the Monster Hunter experience is found in multiplayer, which brings up the inevitable conversation of the netcode downgrade going from more powerful consoles to the Switch. Perhaps the biggest disappointment is that online lobbies are now locked to four players, which means that if you want to get a large group of friends together and swap members between hunts, then there’s a lot more work to be done. The netcode also seems to have taken a hit from World, with monsters occasionally briefly freezing in mid-air and players lagging around the map.

Get past the technical nitpicks, though, and you’ll find that Rise has made a number of substantial changes to the general monster hunting rigmarole. The biggest one by far, I would argue, is the game’s speed. Rise does everything it can to make its general gameplay loop faster. Item pick-up animations are cut down substantially, the need to bring harvesting tools with you is gone, and the game provides players with a very helpful dog (or Palamute) that allows for quick traversal of each map. All of this helps to trim the fat of the experience and ensure that as much time as possible is spent on fighting monsters, which is much appreciated. 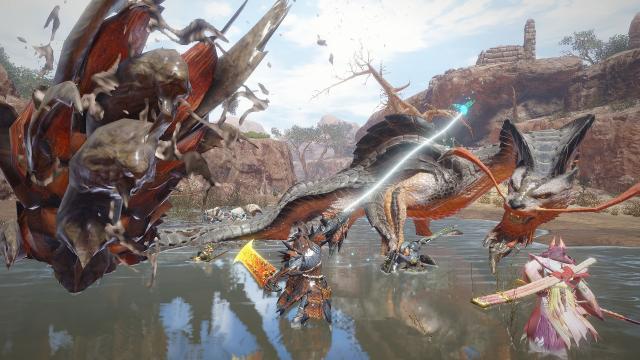 Another significant improvement is the increased focus on player mobility. Along with the aforementioned Palamute, players are now given access to wirebugs, which function as all purpose tethers that can be used to ascend walls, dodge attacks, pull the player towards a monster, and get around the battlefield quickly. Each weapon type also has a couple of specific wirebug skills - dual blades, for instance, allow players to embed a kunai in a monster which briefly explodes, or perform a quick dodge move. It’s a good way to make player characters feel a bit less like slow tanks.

A more questionable addition is the inclusion of rampage missions, which basically function as a suped-up tower defense segment, calling upon players to place various turrets and obstacles to slow monsters down and eventually kill them before they can make it far enough. It’s not... bad, by any means, but I can’t say it was ever particularly fun; I don’t play Monster Hunter for the chance to sit in a turret and plink away at monsters. Admittedly you can set up AI controlled turrets and jump into the fray yourself, but some flying monsters hover out of reach and will make a real pain of themselves until they’re dealt with, so you’re likely winding up in a turret sooner or later. 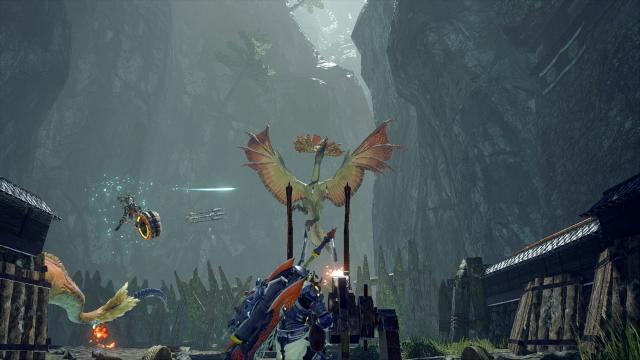 Where Monster Hunter lives or dies, though, is with the quality of the monsters in the individual hunts. For the most part, Rise does succeed here. There are a number of stinkers (in the case of Volvidon, both figuratively and literally), but on the whole Rise has a strong showing of monsters to fight, feeling both unique and generally not relying on annoying mechanics. There is still very much an addicting feeling to the flow of Monster Hunter; once you get a few buddies together and start bonking monsters, it’s hard to stop.

That said, despite the prior improvements, there are still quite a few sticking points that Rise fails to address. At times, enemy hitboxes can be very sloppily designed, and wind up only having a very casual relationship with the actual attack animations. Aerial hitboxes seem to be especially awful, and it doesn’t feel particularly justifiable for a series with Monster Hunter’s sales numbers to still struggle with making hitboxes that consistently match attack animations. 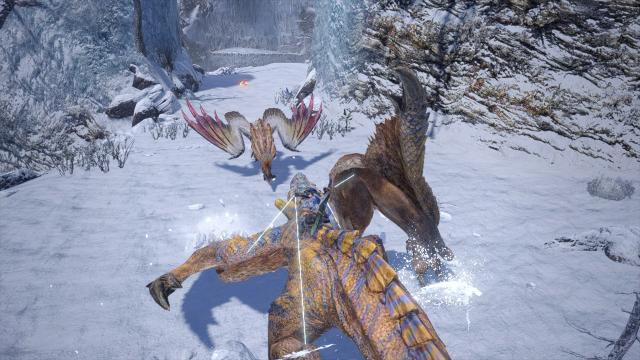 Another issue that holds over from prior titles is that Rise does tend to rely pretty heavily on reusing the same enemies to pad out high rank quests. A significant chunk of the mid game is spent refighting the same monsters that have already been fought in low rank quests, albeit they’re buffed to have more health or you’re required to kill two (or even three) of them rather than one. Again, for a game that I presume had a sizable budget behind it, this seems like rather lazy design.

Those issues aside, Monster Hunter Rise is certainly still fun. The quality of life improvements are welcome additions, as is the greater focus on mobility and speeding up the game. I can’t say that I personally view Rise as the ultimate culmination of years of Monster Hunting progress as some reviewers seem to, but if you’ve enjoyed previous hunting outings then you'll absolutely feel right at home here.

This review is based on a digital copy of Monster Hunter Rise for the NS, provided by the publisher.