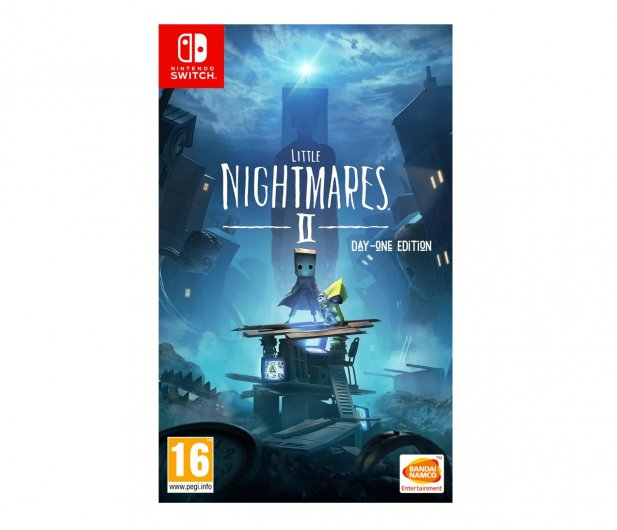 Fans will be pleased with Little Nightmares II, but others might not be convinced by the premium entry fee and low replay value.

Those wearing gunny sacks or paper bags over their heads always have a reason for doing so. The progeny of Al Bundy use them to hide their shame, Drs. Jonathan Crane and Baldhead had more personal reasons we'll file under 'medicinal purposes', while the chainsaw wielding madmen from Resident Evil 4 wore them for safety as they ran. Even horror movie icon Jason Voorhees donned the old onion bag for his debut as series antagonist. Regardless of their background, if you ever run across these chosen few, one fact remains a timeless truth: that things are only going to get worse before they start to get any better.

Anyone unfamiliar with Little Nightmares won't be given any sort of exposition or primer before jumping right into the sequel. Fans will be able to interpret what they're seeing, but its minimalist design tells the rest of us that Little Nightmares II won't be offering much explanation as to what is being experienced concerning its gloomy world. Unravel (a similar style of game from 2015) was able to distribute a consistent backstory using only its environment, and it feels like a missed opportunity here. Capitalizing on such an expertly crafted in-game universe with some more recognizable lore would go a long way to giving the adventure the reinforcement it deserves - especially for how seamlessly it can be integrated. 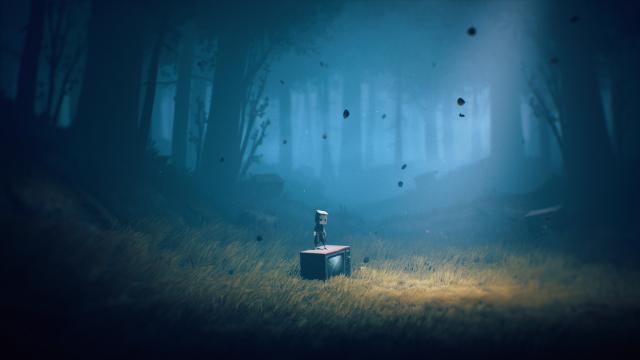 Upon emerging from a TV, our bag-wearing protagonist (named Mono in promotional material, but never called such in the game) ventures through a lonely forest. What might initially come across as a fast-paced platformer quickly shows its true colors as a slower, more thoughtful puzzle/platform hybrid. The tutorial area serves its purpose, but is quick to assume that players know what they're doing as it introduces them to some unforgiving difficulty early on. Recklessness can lead to failure in LNII, but is often encouraged by its enticing allure.

The situation improves dramatically with the introduction of Six, raincoat-wearing protagonist of the original Little Nightmares and CPU-controlled ally of Mono. Occasionally the classic damsel-in-distress, but always the source of benign reassurance, Six's mere presence emboldens while providing vital assistance and hints on how to proceed. From a boost to a properly timed crouch, her simple guidance reacts to the environment almost immediately, making her one of the better computer allies to be saddled with. Puzzle-solving becomes a vastly more manageable task when Six is around; very rarely will players ever be put in a position where they have no idea about what to do next. Outside of the atmosphere, Six and her integration into the gameplay is the greatest aspect to celebrate about LNII - though it invites discussion about what to criticize. 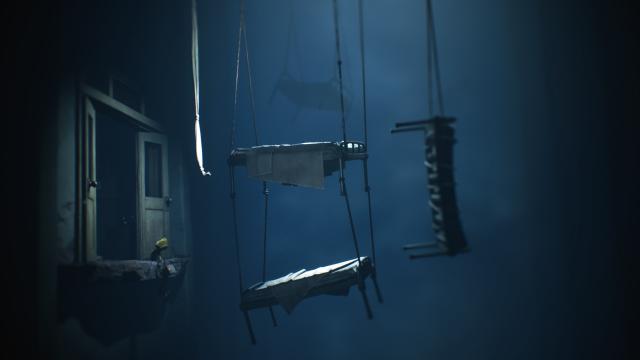 As much as it succeeds, LNII stumbles in a few ways that hold it back more often than they should. The lower framerate helps to establish the game's moody atmosphere at the cost of the controls, especially in relation to combat and platforming. If having to hold ZR for Mono to grab a weapon wasn't cumbersome enough, the fact that there's almost a second of delay from when the attack button is pressed to when the blow lands is tough to overlook. This is particularly noticeable in Chapter 2 when enemies start using feints, before delivering life-ending attacks of their own. It also adversely affects the platforming elements, where a jump must not only be perfectly lined up but properly spaced for Six to help. The amount of precision is higher than one might typically expect from this genre, and oftentimes for the wrong reasons.

At times, LNII can be difficult. Much of this is the result of its relentless trial-by-error philosophy, where just as often as not the answer comes from brute force rather than legitimate problem-solving. This leads to its biggest flaw - LNII is a puzzle that ultimately has one answer. Coming off a generation with games like The Talos Principle or The Witness, where outside of the box thinking was encouraged, finding the way forward in LNII is more akin to following a script, which occasionally makes it feel less rewarding. The replayability is harmed by this, with two sets of collectibles and a secret ending being the only incentives to play again. 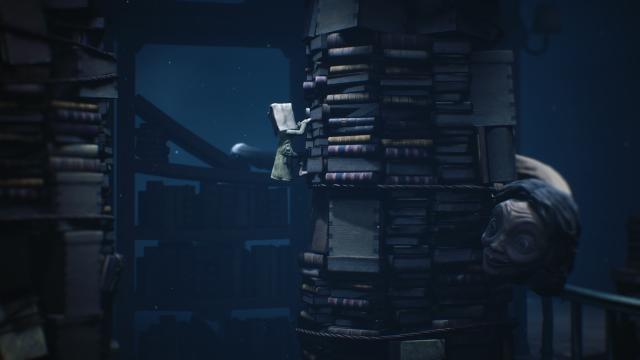 Little Nightmares II is very easy to love. The game world has a unique flavor and its main characters are likable. Fans of the original will cherish the final battle and enjoy speculating about the ending until a third entry arrives, but others might not be convinced by what they see. $40 is a steep asking price for a 5-7 hour game with low replay value; the Switch version being $10 more expensive for little reason other than to exploit the system's popularity is a practice that's becoming far too commonplace. Some strong DLC linking the first and second games together could really help round the package out, but as it stands right now, Little Nightmares II might not have enough content to win over as many new fans as it could have. However, those already in love with the original will be grateful to have something else to shower with their adoration and dream about. The only way out is the way in.