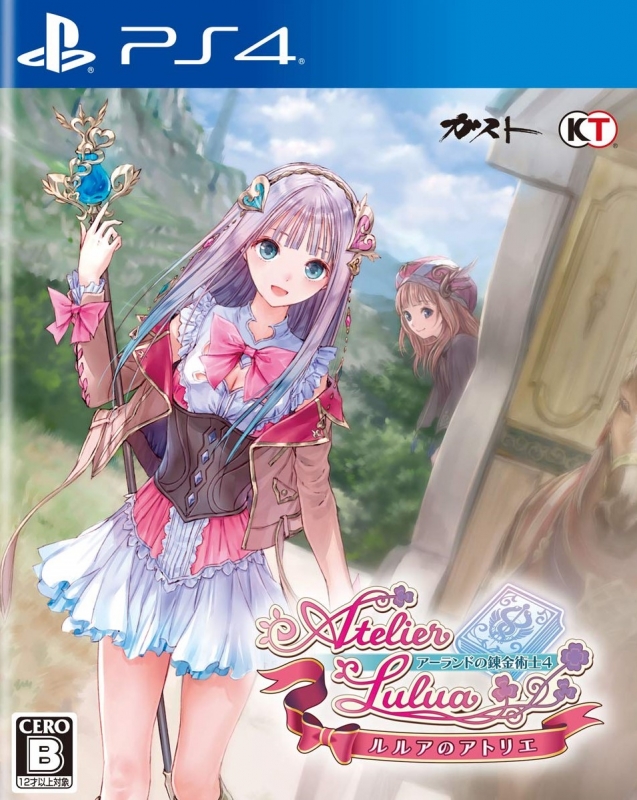 Gust has been rather productive this year. In less than two months the developer has delivered a quite enjoyable Nelke and the Legendary Alchemists and now it's produced a new installment in the main series, called Atelier Lulua: the Scion of Arland. It provides the traditional mix of role-playing, management, and puzzle elements thanks to its extensive alchemy system. This time, Gust is trying to appeal to old Atelier fans, since the game is connected to the very popular Arland trilogy which ended seven years ago. 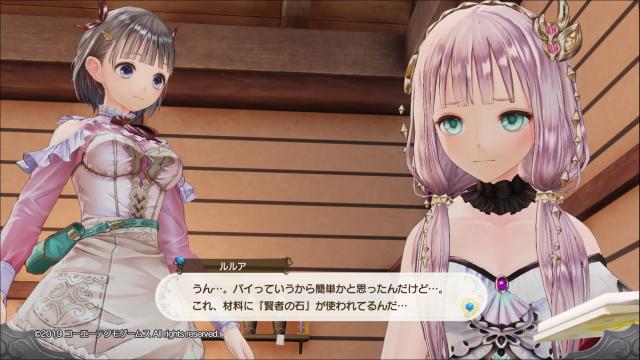 This fourth Arland game tells the story of Lulua, who happens to be the daughter of Rorona, the heroine of the very first game. An alchemist just like her mother, Lulua makes progress at an astonishing pace thanks to an alchemy book that fell from the skies. Veteran Atelier players will immediately link it to Atelier Sophie, which opened in exactly the same manner. But while you'll sense some other similarities with Sophie's adventure, this entry is definitely its own title. 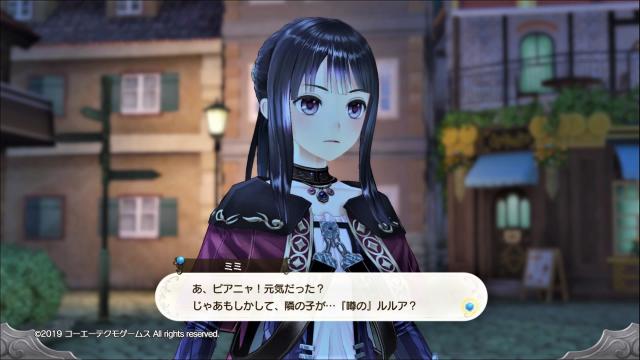 So what does it feel to be back in Arland? Honestly, I have very mixed impressions about that. Although you do meet a couple of returning characters from Atelier Rorona to Atelier Meruru, most of them don't get much screentime nor are they given much emphasis, certainly not considering I expected this title to be a celebration of Atelier's greatest trilogy.

Characters like Lionela, Mimi or Keina have very secondary roles and consequently aren't playable either. Cordelia is vaguely mentioned once and Esty sounds like she doesn't exist any more. My dominant line of thought is that we lost some great characters in order to welcome others that aren't remotely as fun or charismatic. In terms of betting on nostalgia, Nelke and the Legendary Alchemists arguably did much better. Rather than playing The Alchemist of Arland 4 (the official subtitle in Japan), it felt more like I was starting a new trilogy that only happened to take place in Arland. 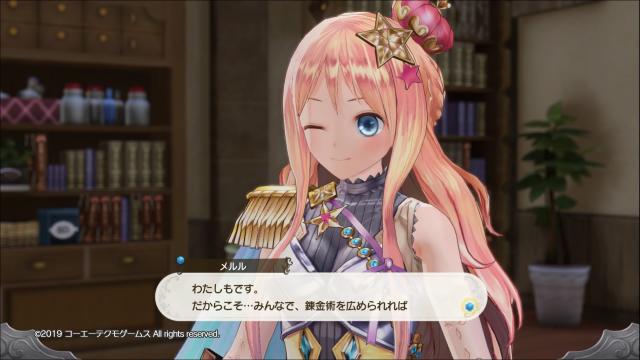 The worst example involves Totori and Meruru, the heroines of respectively the second and third games in the Arland series. The two aren't all that connected to the main story, nor to the main characters in Atelier Lulua: The Scion of Arland, but Gust announced two weeks after the game's release in Japan that both hyper popular alchemists would become playable characters as DLC. They're not cheap either (each costs €10), so it feels like Atelier Lydie & Suelle all over again.

I think Gust has crossed a red line here. It has always been a tradition in Atelier that former alchemists are fully part of the adventure in later entries. That's why Totori and Rorona are playable in Atelier Meruru, Sophie and Firis in Atelier Lydie & Suelle, and why Logy and Ayesha were eventually added to Atelier Shallie Plus. Putting Totori and Meruru behind a paywall means breaking with that tradition, lowering the amount of content available at launch, and not living up to years of customer trust. Publishers can delay games, or set them at a higher price point if necessary, but gamers should have access to complete versions of games at launch. 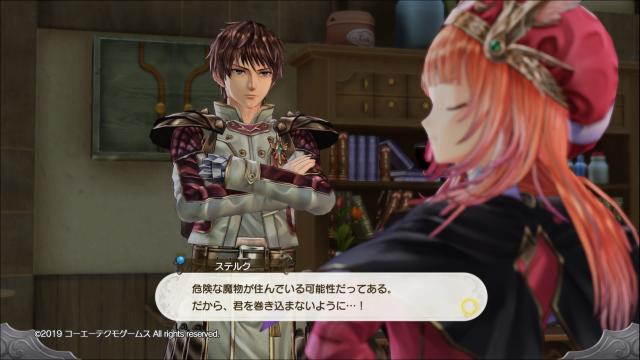 In terms of new characters, Lulua is rather good in the role of new main alchemist. Fun and mischievous, she's the perfect mood-maker for the team. On the other hand, almost all of the other new characters are shallow; even after 70 hours of playtime I haven't learned much about their back-stories or personalities.

Piana, the surprise guest from Atelier Totori, isn't bad in the role of the frivolous mentor, but my general view is that Gust has ended up with too many characters to manage and as a result only managed to slightly flesh each one out. Throughout the game, I never felt like I was managing a true party of JRPG characters, since almost nothing links them together. It's a pleasure to have Rorona and Sterk back (the latter being as classy and hilarious as ever), but that's not enough to deliver on my expectations for the series. 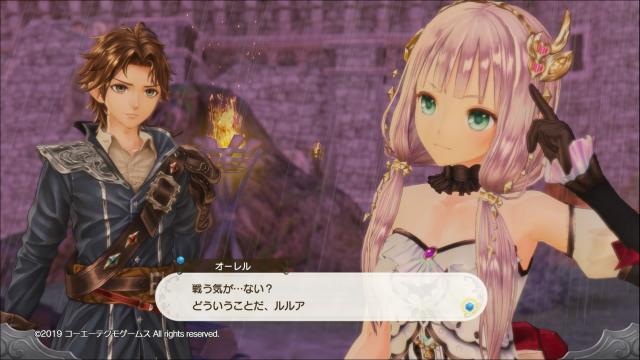 I also think there's a major problem with Atelier Lulua's writing. The main chapters are awkwardly connected to one another, as if they're a series of side-quests. They're always more or less linked to Lulua's book, called Alchemy Riddle, but never manage to form a compelling narrative. The main starting objective is to renew Rorona's alchemy licence, but then the party goes to explore some old ruins, and then Lulua spends a chapter wondering about her goals in life.

The story takes a completely different direction with nearly every chapter and fails to become a coherent adventure. Even worse, all the main quests are drowned out by the many small errands you're tasked with, which artificially lengthens the game. Lulua's moral questioning feels off, and so too does her sudden affection for a character she's only just met later in the game. The quality of the writing isn't even remotely close to that of the first Arland games, which all had one major objective to strive for. 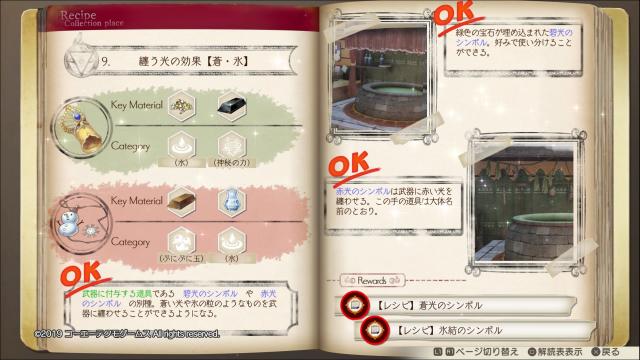 Fortunately, Atelier Lulua has a solid basis in terms of gameplay. Still centered on a delicate balance between alchemy and combat, the game's progression requires you to create all your gear, including weapons, armor, accessories, attack, and healing items. You need to make everything from scratch with materials you can pick up outside of the towns.

But Atelier Lulua's world is quite disappointing. It consists of a very classic world map, composed of tiny areas you generally visit and explore in less than a few minutes. The sense of exploration and discovery have sunk to new lows with this entry. 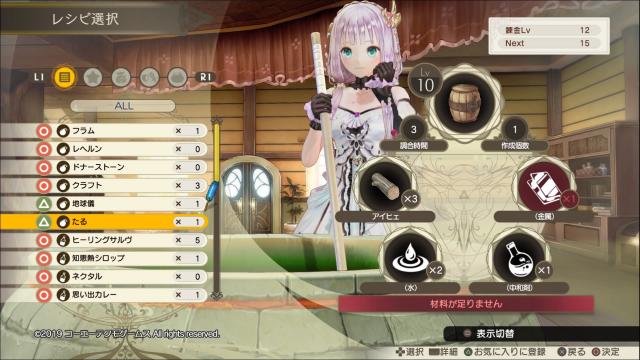 Alchemy recipes are to be found in reference books sold in shops, but most of the time you have to clear a number of alchemy/fighting challenges by following Alchemy Riddle's hints. There are no big surprises here - the system has been around for four years or so. On the other hand, the return to Arland brings with it a lot of changes to the alchemy system. The grid that was the base in the Mysterious trilogy is gone, and natural elements are the new focus. Every material you pick up and every object you make has more or less affinity with water, fire, earth, or lightning.

Choosing the right combination of elements can dramatically improve the quality and properties of your output. For example, an ingot made with fire-related material will be better and increases the stats of whichever equipment you make with it. Similarly, try to make dynamite with water-related material and the synthesis will fail, leaving Lulua with nothing but ashes.

In order to achieve the best possible quality, catalysts still play an important role but you now use them at the end of the process (they can make up for whichever element your materials were lacking). Another interesting new thing is the option to change the category of alchemy items. Coal is considered "combustible" by default, but you can make it an "ore" with adequate materials. Such items can be used in more recipes and potentially carry powerful skills. In short, Alchemy is as compelling as ever and includes plenty of innovation and subtleties.

The only drawback is the PP cost. As a reminder, you can set up to three passive skills on an item or piece of equipment. These have an extremely wide range of effects, like boosting various stats, improving healing power, or changing the level of the target. But in Atelier Lulua, every one of these skills costs PP (tokusei points). PP is limited (no more than 60 at maximum alchemy level) and it's sometimes annoying that you can't create the dream-like accessory you had envisioned. For example Iyashi no Hex, which is used to revive party members, costs 40 PP, and therefore doesn't leave much room for anything else. Of course, there are ways to extend the number of PP close to 100, but was it necessary to hinder the player when the whole system is already very complex? 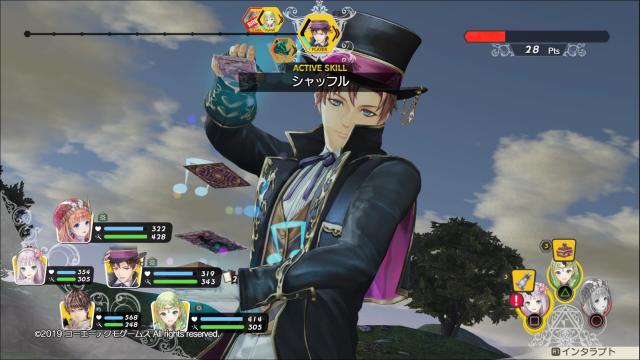 Battles are very similar to the previous entry, relying on cooperation between characters on the front and back row, just like in Atelier Lydie & Suelle. By meeting certain conditions, fighters on the back row can be a big help in dealing more damage or healing. For example, Sterk can strike up to three times when placed behind an alchemist and Rorona can heal MP in the same way.

Fix the magician is certainly the most intriguing character - he doesn't use MP but cards, and has to reshuffle his deck from time to time. His support skills are bizarre as well - he can fill the special gauge (which is used to perform super attacks later on), but consumes everyone's MP! He's somehow the joker of the game but his complex gameplay perfectly illustrates the overall quality of the battle system. 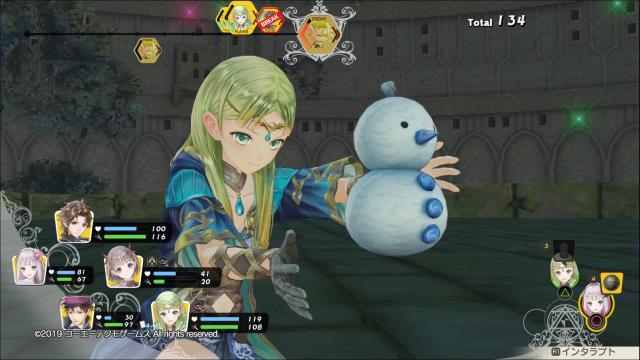 As each Atelier must have its little innovations, Atelier Lulua introduces the Interrupt system. It means that any alchemist in your party can act before her turn, using a preset item. This is very handy in the way you can deal even more damage or healing before the situation gets out of hand. Preset items are refilled after every encounter, which is very much appreciated as well (items in the basket must still be refilled in the atelier).

There are many strategic possibilities in this entry and your wits will be put to the test given the exponential difficulty of the main story. The final boss is level 100, can wipe out your front row anytime, and can also incapacitate your characters as well. Earlier bosses aren't as tough but they become increasingly more challenging as you progress through the game. You need to learn quickly and use all of the alchemy/battle features efficiently to get through certain chapters. The result is that it feels quite rewarding to progress through Atelier Lulua. 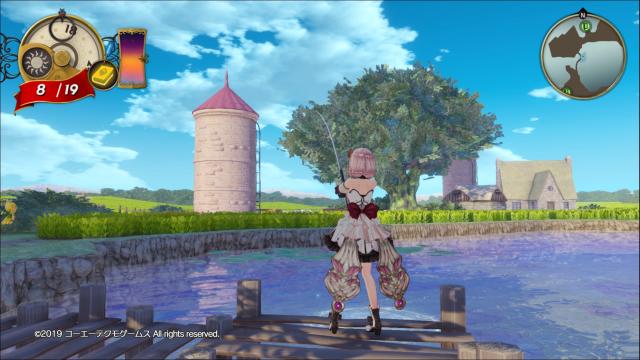 In terms of graphics, some improvements are noticeable. Character models look even prettier than before, towns are given more lavish decorations, and facial expressions are starting to look more convincing also, even though this is mainly limited to Lulua's numerous funny faces. Sterk by comparison lacks expressiveness. There are also some weird things like Mimi looking younger than in Atelier Meruru and Rorona maintaining the exact same tone as before, despite being something like 30 years old in this title. Animations also have a feeling of deja-vu as a lot of gestures are imported directly from Atelier Lydie & Suelle. 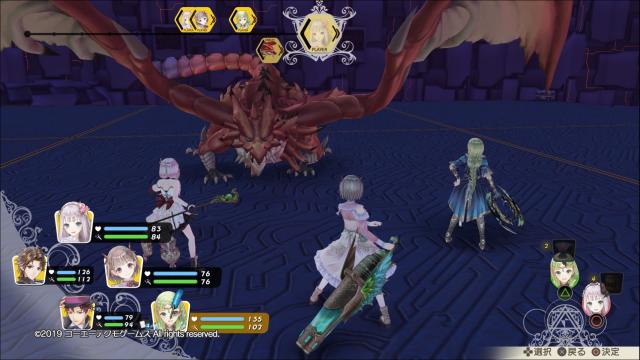 One thing I had hoped for is that Atelier Lulua would do something about the bestiary, but there are no improvements in this respect. For example, you fight the exact same dragon during the whole game. Atelier Meruru had much more varied, original, and spectacular boss monsters... and that was seven years ago! Nevertheless, battles are entertaining enough to be enjoyed in the long term, and they feature plenty of great or funny moves.

Crippled by disappointing writing, Atelier Lulua also fails to deliver enough nostalgic content for veteran fans of the Atelier series. Little interaction between and with popular past characters, on top of late and expensive DLC, shatter the Arland dream, and the substitute characters fade in comparison. However, Atelier players will still enjoy the rich and deep gameplay, as well as the impressive level of challenge with this entry.

This review is based on a retail copy of Atelier Lulua: The Scion of Arland for the PS4