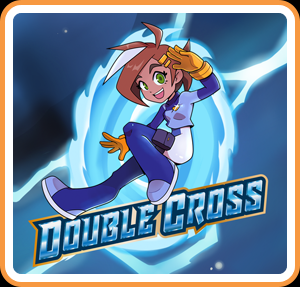 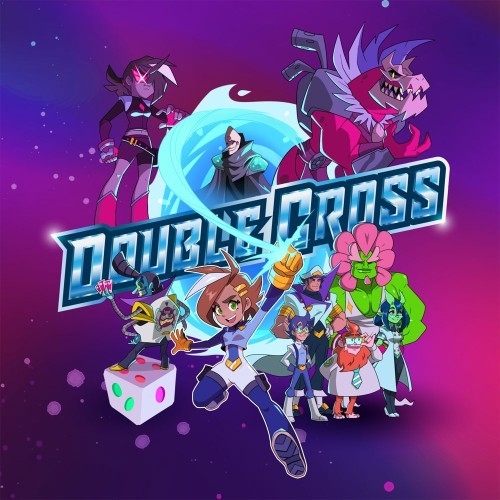 From the makers of Runbow comes Double Cross, an usual mix of action-platforming and detective work. While not nearly as imaginative or lively as 13AM Games' freshman effort, it's an adequate genre hybrid with inventive platforming, a colorful cast of characters, and an absorbing sci-fi mystery plot. Unfortunately, some of its features, namely combat and adventure-style crime investigation, are undercooked.

In Double Cross, players control Zahra, a young, talented agent of RIFT (Regulators of Interdimensional Frontiers and Technology). Established in the Extraverse, a dimension outside of time and space, RIFT monitors traffic among countless parallel Earths, preventing smuggling, tracking the use of portal technology, and preventing advanced civilizations from "contaminating" less evolved planets—a multi-verse Prime Directive, if you will. When a masked figure infiltrates RIFT headquarters and absconds with dangerous tech, Zahra follows the trail, which leads her to three alternate versions of Earth. On each world she collects clues that will eventually lead to the unmasking of the mystery villain. 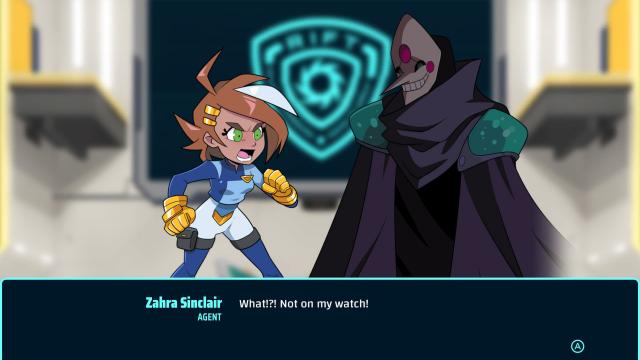 The science fiction ideas and environments in Double Cross are genuinely interesting. The notion of an extra-dimensional police force that moderates inter-dimensional travel and commerce is particularly provocative and makes for a great premise. Bringing that premise to life is a motley cast of RIFT agents, each with a unique backstory, personality, and biology, and three alien worlds with very different evolutionary paths. Reptarria is an Earth variant where dinosaurs never expired. Gootopia is a primeval, swampy planet bubbling with—you guessed it—goo. Finally, Funderdome is a gambling and pleasure hub for travelers across the multi-verse.

Sitting atop this outer space mythology is a smaller-scale mystery story, where a disguised villain—potentially a rogue RIFT agent—seeks to topple the interstellar police force. While the narrative in Double Cross is surprising and engaging, its preeminence in the title's gameplay loop is a miscalculation. What could easily be articulated in a quick title card or cut-scene is drawn out in a weird case file system, whereby Zahra collects clues from each world, presents them to co-workers at RIFT HQ, and finally submits evidence to Commissioner Valery Wiseheart. It's a shallow, half-baked system that doesn't add much mechanically to the experience. There's no penalty for showing the wrong item to the wrong person, and there are no intricate puzzles to solve. You're really more of a clue delivery service than a detective.

When the game focuses on its strength—platforming—things improve sharply. As it did in Runbow, 13AM Games dreams up some clever, creative platforming challenges in Double Cross. Almost every level sports some inspired gimmick, many of which revolve around Zahra's trademark "Proton Slinger." In one level on Reptarria you'll leap and sling across a moving convoy, in a Mad Max-esque dusty wasteland. In another level on Gootopia, you'll race breathlessly across slick goo (Double Cross gives Portal 2 a run for its money in terms of goo usage) as a giant wall of jelly pursues you. In yet another episode on Funderdome, Zahra must rank among the top six scores in a variety of arcade games, one of which is inspired by the Bowhemoth in Runbow.

Interspersed among platform segments are combat areas, but, because of some stiff fighting mechanics and boring enemies, they're more of a chore than anything. Players can equip Zahra with different perks and unlock new offensive moves by collecting "Upgradium" hidden throughout each level, and thus make enemy encounters a little more dynamic, but the basic combat, much like the case file system, is underdone. Boss fights come off a little better. The final boss battle, a multi-stage brawl that increases in complexity as it goes, is probably the best. 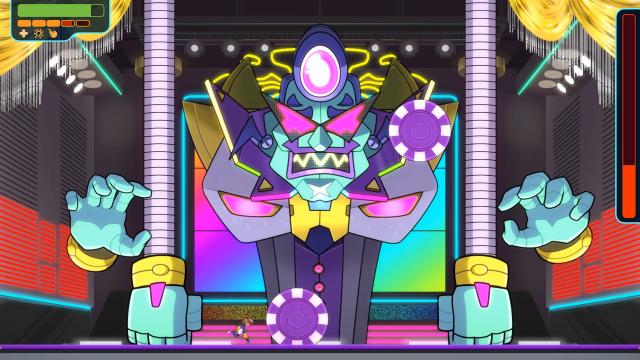 Basically, when Double Cross operates in 13AM Games' platforming wheelhouse, it's really good. When it wanders into action and adventure territory, it mostly stumbles. Had the studio decided to make a pure platformer, and invested its resources into perfecting and expanding the game's inventive jumping, sliding, slinging, and bouncing mechanics, it could have been a rival to Runbow.

13AM Games could have also used those resources to improve the game's flat graphics and lifeless environments. There are some recycled assets and barren landscapes that make the wild sci-fi settings less spectacular than they could be. That said, character models and portraits are a highlight. 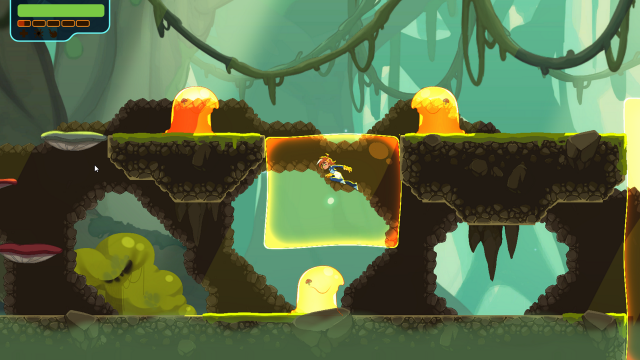 Although players can probably topple Double Cross in a weekend, there are a couple of things that boost replay value, including commendations—in-game achievements awarded for speed runs, carrying on conversations with NPCs, and clearing other optional, extra-curricular benchmarks—and "Upgradium" pieces spirited away across the multi-verse. Moreover, once you've beaten the campaign, you'll unlock a music player and an art gallery with concept art.

After the brilliance of Runbow, Double Cross is something of a disappointment. It's a decent action-platformer with big potential that's let down by some clumsy fighting and unnecessary adventure-style case management mechanics. The setting and characters deserve a sequel—indeed one is teased in a post-credits scene—with a greater focus on what 13AM does best: platforming.

This review is based on a digital copy of Double Cross for the NS, provided by the publisher.