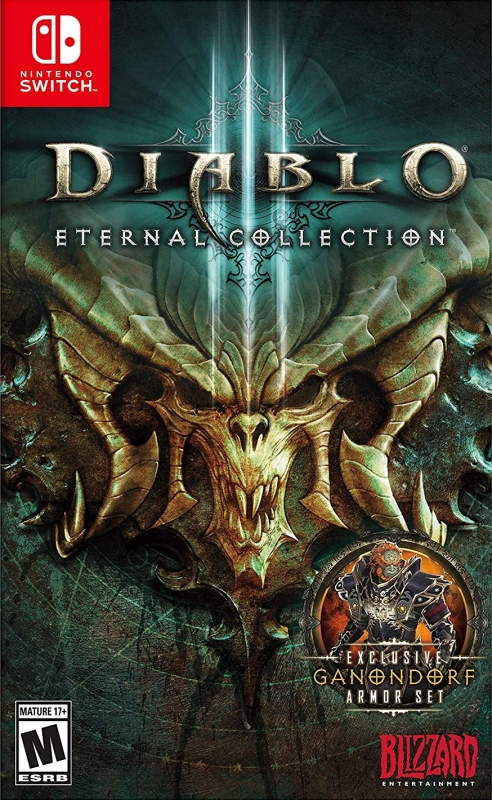 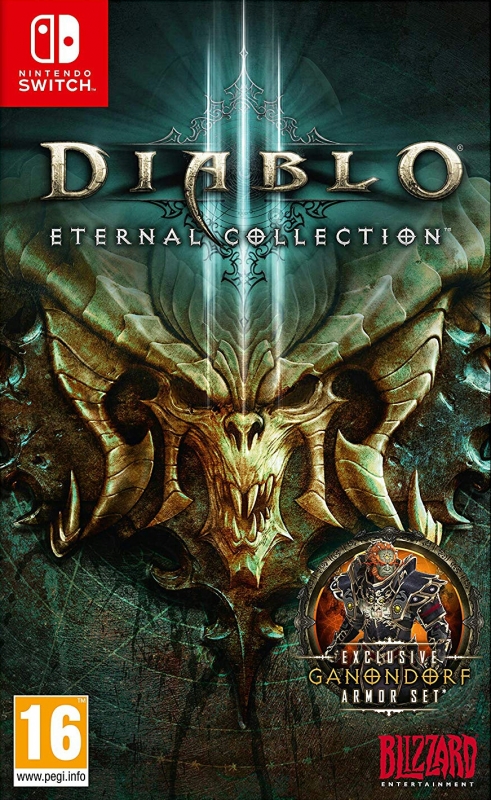 Timing is everything in relationships. In 2012, when Blizzard Entertainment first released its action-RPG Diablo III and Nintendo was preparing to launch the albatross that was the WiiU, it certainly seemed like those two companies, operating according to wildly different priorities, would never find common ground. Fast forward six years, and Diablo III, updated and complete in the Eternal Collection, is now on the latest Nintendo platform, the Switch. With all the content and quality-of-life features introduced to the game since 2012, a few Switch-exclusive cosmetics, and flexible control and multiplayer options, Diablo III: Eternal Collection on Switch might be the best console version of the game—as long as you don't mind inferior resolution.

Fundamentally, this Switch port, ostensibly the final version of the game, is everything you've come to know and expect from Diablo III. It features the same addictive isometric dungeon-crawling and looting—whereby your custom hero dives into monster-infested locales, attacks hordes of demonic enemies in real time, and finds rewards in the form of powerful weapons, helms, greaves, rings, etc.—online and offline multiplayer, polished graphics, breathtaking cinematic cut-scenes, and high fantasy storyline. Also included are the Reaper of Souls expansion, which introduced a Crusader class, the replayable Adventure Mode (accessible right away in this version), and random Nephalem Rift dungeons; and Rise of the Necromancer, which brought back the fan-favorite Necromancer class from Diablo II. 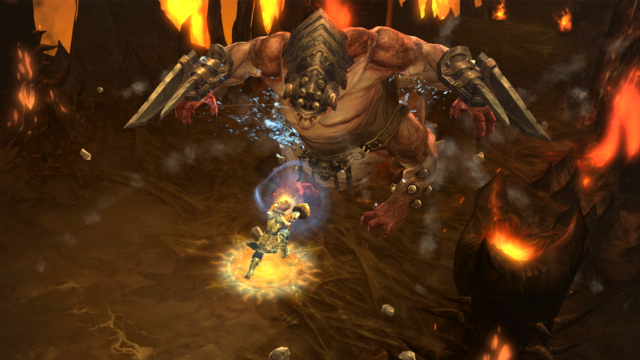 All of this arrives on Switch in a professional port job by Iron Galaxy, which previously brought The Elder Scrolls V: Skyrim to Nintendo's hybrid system. Hovering somewhere between the seventh and eighth-gen versions, Diablo III: Eternal Collection on Switch loses some of the fancier features found on PS4 and Xbox One—bloom effects and ambient occlusion—and manages only a competent-but-unspectacular 900p docked (720 undocked), but enjoys a buttery 60 frames per second throughout.

Resolution downgrades are offset somewhat by a host of flexible connectivity and control options. Players can fly solo through the hellish landscapes of Diablo III, of course, but might discover more enjoyment with a friend or three in tow. Switch owners have several avenues for multiplayer gaming: an offline couch co-op session; an online assemblage; a local wireless connection with up to four Switch systems; or some combination thereof. Players in the same room can even huddle around a Switch screen, and use single Joy-Cons to rampage through Sanctuary. 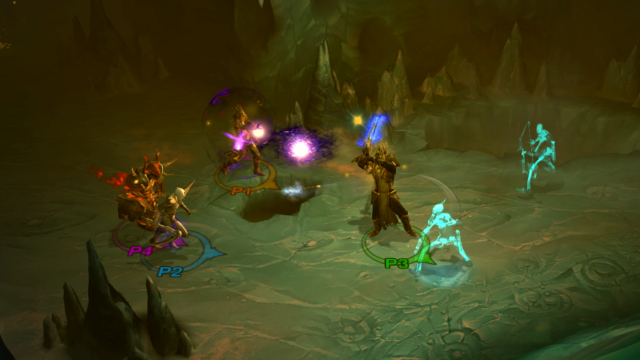 Iron Galaxy managed to re-map controls meant for a gamepad to the tiny Joy-Con by deploying the clickable analog stick and taking advantage of motion sensors. Depressing the stick allows the face buttons to function as the d-pad on a Pro Controller, and flicking the Joy-Con performs a dodge move, typically reserved for the right analog stick on a more traditional controller. While this is far from ideal, it's a fantastic option in a pinch.

Apart from the flexibility and portability inherent to Switch hardware, this Nintendo-specific version of Diablo III boasts a few exclusive cosmetic items, based on The Legend of Zelda. There's a Cucco pet, a Triforce-themed character portrait, a pair of purple wings inspired by Majora's Mask, and, best of all, a Ganondorf transmog, which allows players to reskin armor pieces to resemble the big bad of Hyrule. While welcome, these inessential items pale in comparison to the kind of meaningful, meaty content—a new dungeon, quest, or NPC partner—Blizzard and Iron Galaxy could have added to this incarnation of the game. 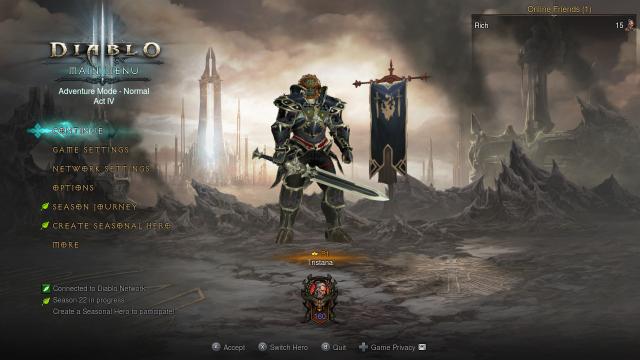 Still, it's not like Diablo III: Eternal Collection is wanting for content. This is one of the most content-rich, replayable pieces of software on Switch (which is saying a lot). With seven distinct classes, multiple modes, randomized dungeons, online leaderboards, and four-player multiplayer, this is a game that will most likely stick in your regular rotation for months after launch.

Six years ago, Blizzard and Nintendo were on different paths but now, in 2018, with Nintendo more solicitous of third-party content and Blizzard eager to take advantage of portable console-quality gaming, titles like Diablo III: Eternal Collection make total sense. Despite inferior resolution and the lack of substantial exclusive content, The Eternal Collection is an excellent port of an ever better game. It's the console version of Diablo III, made portable and more versatile.

This review is based on a digital copy of Diablo III: Eternal Collection for the NS, provided by the publisher.