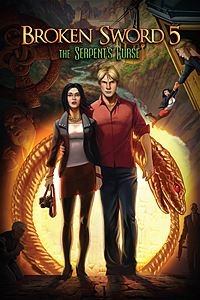 A fluid piece of art.

Although this version of Revolution Software’s Broken Sword 5: The Serpent’s Curse has plenty of added features that make it worth considering, it never strays far away from the type of experience that makes the series unique to the gaming industry. For those unfamiliar with the game on previous systems, it's a point and click Nancy Drew-like mystery detective game. You essentially navigate through a variety of scenes, interacting with different objects and people to further the investigation and plot. Because this is a review of a game we already reviewed on the site back in 2015, this article will mainly be focussed on content and features that have been added or tweaked for the Nintendo Switch release. 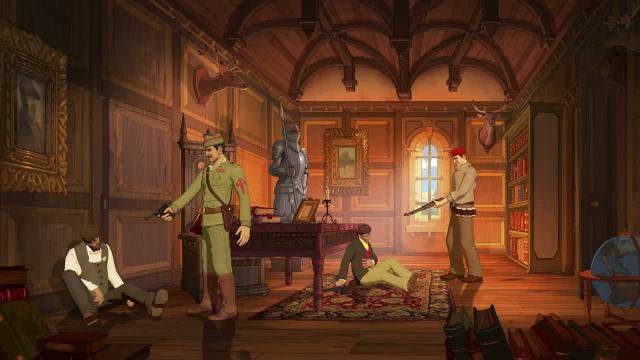 One of the best parts of titles like this - ones with such strong, artistic visual styles - is that they look fantastic on a wide range of devices with varying technical capabilities. Indeed, Broken Sword 5 looks absolutely stunning on the Switch, despite having originally released all the way back in 2013. I couldn’t help but just marvel at the hand-drawn scenery - something the game itself encourages you to do by adopting a very deliberately slow pace.

Seeing characters move about, how their body language changes when you interact with them, and how they will go about their ordinary tasks in the background when you're not engaging with them makes the game really feel like a living, breathing painting. Furthermore, I was delighted to see the same strikingly beautiful world on the go as I did on my projector.

The voice acting has also aged superbly. The game features some of most shockingly impressive voice actors I’ve heard in any title, with the cast's vocal fluctuations, enunciations, and pronunciations really bringing characters to life, and the accents and humor making the story all the more captivating, especially considering the wide range of locations featured. 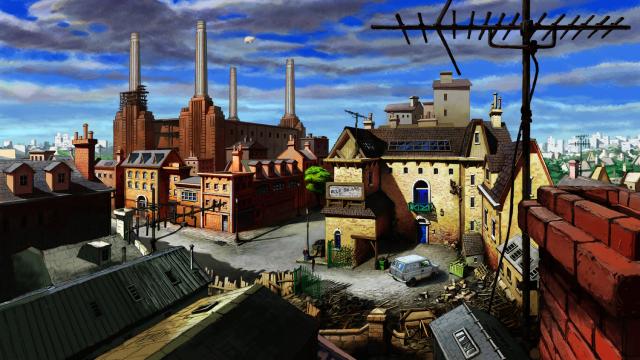 Added background videos make for an interesting bonus feature. I suspect the same type of people who pay more for versions of movies that feature behind-the-scenes clips and commentaries will appreciate this more than most, and it's a nice touch that provides some added incentive for picking up a game so many years after it was first made available. For fans of most things, seeing the real people behind the product or concept talk about the creation process is the sort of fan service that goes a long way to making a purchase (or re-purchase) value for money. Also making this version more unique is the ability to use the touchscreen display for the point and click aspect of the gameplay - a natural fit with the genre.

The one major downside of the original game (at least to some) remains in place, namely that it moves at a snail's pace and requires a lot of  precise, minute exploration unless you're willing to rely on hints. If you’re like me, then you're loathe to resort to hints, and hate it even more when you feel it's almost necessary to do so. If one was so inclined you could use the hints system to blaze through the game very quickly, but that defeats the point of solving this beautifully calming murder mystery on your own. 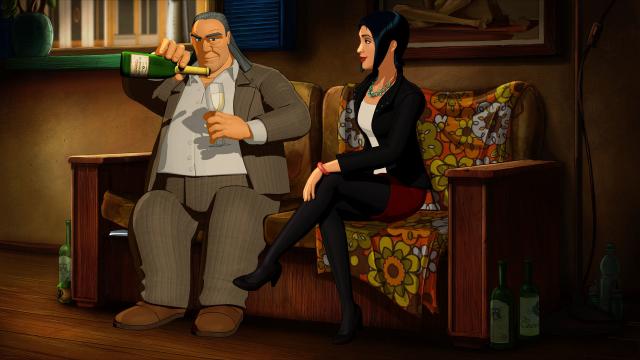 In the end, Broken Sword 5: The Serpent’s Curse on Switch is very much the same game it was back when it originally launched in 2013 on PC, but with the ability to take it on the go, use touchscreen inputs, and view added background videos, all of which are nice sweeteners that make it well worth playing if you haven't already done so. If you already own it, however, then whether it's worth double-dipping for really depends on how much you love the game and want to know more about the thoughts of its creators. Either way, the bottom line is that this intentionally slow, character development-centered, and fluid piece of art is worthy of admiration.

This review is based on a digital copy of Broken Sword 5: The Serpent's Curse for the NS, provided by the publisher.