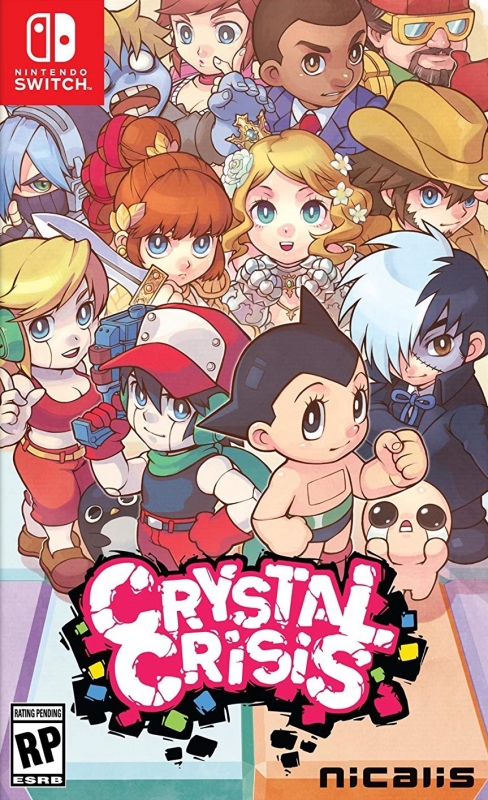 It feels like slowly and quietly publisher Nicalis is building a video game cinematic universe in the style of Marvel and Disney. Blade Strangers, with its roster of crossover fighters, was the first sign, and puzzle game Crystal Crisis, which pulls together characters from many Nicalis-published titles—including Cave Story, The Binding of Isaac, and 1001 Spikes—is yet another. It even introduces playable characters from Nicalis games in development (the video game equivalent of a backdoor pilot). With lots of familiar faces, plenty of content, and some clever puzzle-fighting mechanics, Crystal Crisis is a nice diversion that unfortunately doesn't take full advantage of its all-star cast.

Crystal Crisis is closest in DNA to Super Puzzle Fighter II Turbo. It's a color-matching puzzle game where Nicalis mascots duke it out in the background. Players drop crystals in sets of two, lining up identical colors to form square and rectangular clusters that double attack power. At certain intervals a spark crystal will appear. Drop a green spark crystal on a green cluster, for example, and it disappears, filling your rival's display with unbreakable "countdown crystals" that revert to normal after several moves. Chain together spark crystal combos and it'll soon be game over for your opponent. 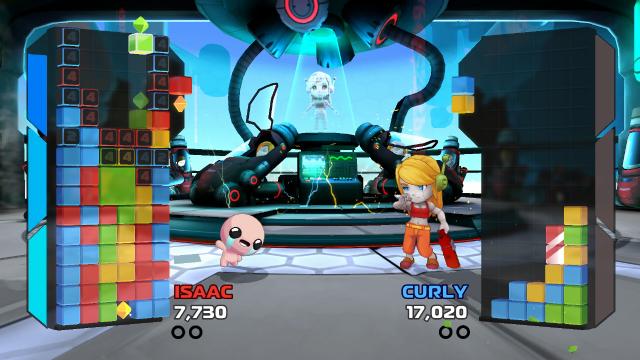 This is well-worn territory, but Nicalis infuses a couple inventive wrinkles into the formula to make Crystal Crisis stand out. The first is a wrap-around grid. If you rotate a two-crystal block horizontally and push it toward the left or right wall, it will split—so you can drop a blue crystal on the far left side and a red crystal on the far right side. This adds a new strategic layer to traditional puzzle mechanics. Equally strategic are burst moves, powerful offensive and defensive moves unique to each of the title's 20 playable characters. Princess Solange's offensive burst move, Deluxe Countdown, changes opponents' regular crystals to countdown crystals and increases them to 9. Astro Boy's defensive burst move, Atomic Rotation, allows players to rotate sections of their grid to create clusters and set up chains.

The drawback of burst moves is that they're hardly balanced. Akuji (Akuji the Demon), for example, has a devastating offensive burst called Demon Reflection, which swaps all the crystals on your grid with all the crystals on the enemy's grid. Now, some of the more powerful bursts require a full energy meter where lesser maneuvers require only one third of the meter, but even so something like Demon Reflection is a total game-changer. It's no coincidence Akuji sits at the end of arcade mode. 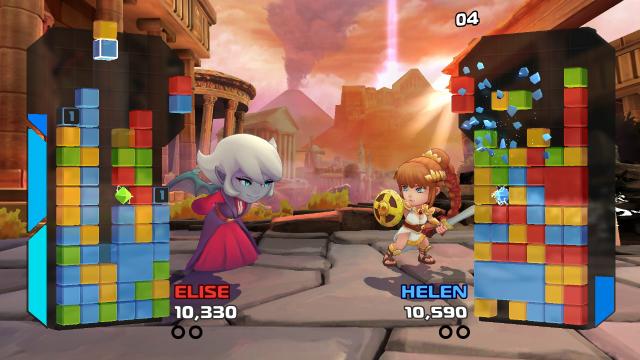 Arcade mode comes in many different flavors and difficulty levels. There's a standard puzzle mode; survival, an endless gauntlet filled with increasingly-difficult enemies; inline, a variant where players must match colors in lines of three; tag team, where you swap between two characters; and memory, a challenging mode where you'll need to memorize color combinations as each crystal's identity is obscured once it lands. Inline is perhaps the best mode, despite (or perhaps because of) its simplicity. A pared-down match-three game, it strips away the randomness of spark crystals and momentum-killing burst moves and focuses on skill-based matching mechanics.

Most modes are available in local and online multiplayer, so you can pick your poison with buddies at home or with players from around the world. Online you'll choose ranked or unranked matches, play with friends, or set custom rules. There are also leaderboards to track your progress (or lack thereof). You may end up spending most of your energy in multiplayer matches, as the game's AI, even in the "normal" arcade modes, can prove daunting. 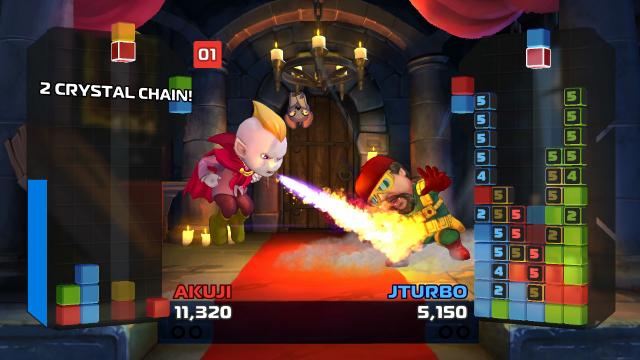 The big draw alongside arcade mode is story mode, which ends up being disappointingly bland. It's just a sequence of 1v1 battles tied together with some character introductions and an unexciting plot about a powerful red crystal. Essentially it's arcade mode with a MacGuffin. It's a shame, really, in light of so many crossover characters and fan service opportunities. There is some replay value—choosing certain characters will create branching paths—but apart from that there's no reason to return, minus narrator Peter Cullen's dulcet voice.

In addition to multiple modes, Crystal Crisis includes lots of special artwork, several unlockable characters, and many in-game achievements that will keep you coming back to achieve 100 percent. 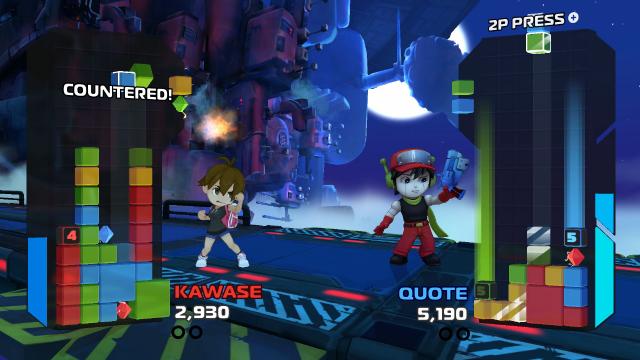 Artistically, the game won't win any medals, but its clean graphics, meaty character models, and unobtrusive UI go a long way. The only technical quirk: weirdly long loading times. It can sometimes take 20 seconds to boot up story mode, enter an online bout, or wait for the next match in arcade mode. It's hardly the end of the world, but it's still a constant, nagging feature of the game—strange because it's not like Crystal Crisis is pushing the technological envelope.

For folks who've enjoyed Tetris and Puyo Puyo games on Switch, or for those who've longed for a return to Super Puzzle Fighter II Turbo, this is the game for you. It's not as refined or as well-paced as some of the stalwarts of the genre, and its story mode is a let-down, but it's still a clever puzzle-fighting hybrid with many different modes and lots of fodder for fans of games like The Binding of Isaac, 1001 Spikes, and Code of Princess EX. It'll be fun to see where the Nicalis initiative goes from here.

This review is based on a digital copy of Crystal Crisis for the NS, provided by the publisher.