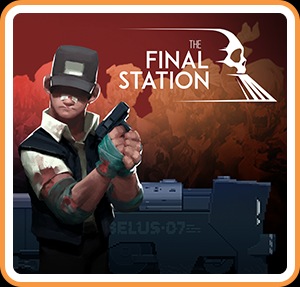 As the first of six tinyBuild-published games due out on Switch this year, The Final Station makes a strong first impression. Packed together with its DLC campaign The Only Traitor, The Final Station is a nice little package that combines light management elements with survival-horror gameplay. While the former is a tad under-developed, the latter is great fun; it's impressive how scary and nail-biting developer Do My Best Games made this title, with relatively simple 2D assets.

The Final Station follows an unnamed train conductor on his daily routine. While running his regularly-scheduled route, he hears whispers of disaster in the south. Soon enough, it's clear that things have gone to hell; entire settlements are destroyed and people transformed into mindless zombies. As the conductor of the only working train within miles, the game's anonymous hero is recruited by the military to transfer precious cargo to fight back against the mysterious epidemic. 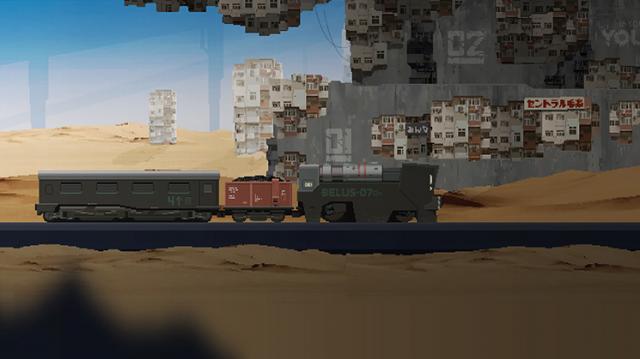 It's a mighty impressive science-fiction story, part Snowpiercer, part Metro 2033. Even better, much of the game's narrative is absorbed indirectly, through visual hints and left-behind journals and logs, or — in the case of its cryptic final act — left intentionally unexplained. The world-building and environmental story-telling on display here is outstanding. The lack of a clear, satisfying conclusion may be problematic for a portion of fans, but there's something to be said for an ambiguous ending with multiple, viable interpretations.

Gameplay in The Final Station is divided neatly into two main camps: train management and survival-action. While riding the rails, our intrepid conductor will need to monitor the train's life support and mechanical systems and manage the well-being of any survivors he finds along the way. The interior of the train features several consoles, which spark or beep when in unsafe conditions. Bleeding or starving passengers will also throw up warning signals. It's up to players to run back and forth, fiddling with controls and attending to survivors long enough to reach the next station.

This part of the game is a little under-cooked. Yes, managing the train makes for a more immersive experience and, sure, delivering surviving passengers to their destinations yields tangible rewards, but mechanically the process of keeping things working and people breathing is somewhat shallow. Players repair failing train systems through simplistic mini-games, and prevent riders from expiring by delivering health kits or food at regular intervals. 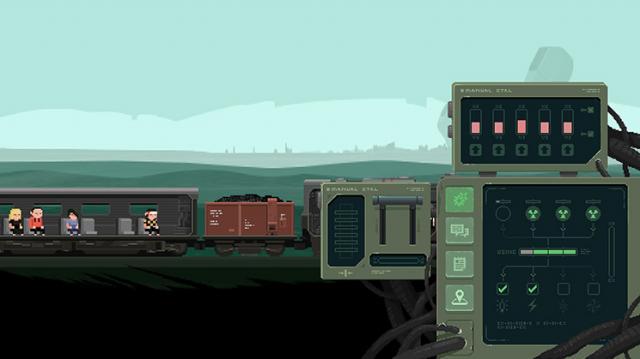 When the train pulls into a station, however, things improve dramatically. Here, The Final Station transforms from a light simulation to a nerve-racking survival-horror adventure. Armed only with a melee attack and, at first, a pistol with scant ammunition, the conductor must find his way through ghost towns and ruined bases, looking for supplies, survivors, and the code to access the next stop on the line. In his path are dead bodies, leftover notes, and lots and lots of zombies. In true survival-horror fashion, players will need to conserve ammo; scavenge for pills, rags, and food; and weigh the risks and rewards of direct combat. This is where the game is at its best — a solitary man in a lonely town, surviving the post-apocalypse.

Perhaps Do My Best Games thought the same, as the add-on DLC The Only Traitor ditches the train management simulation entirely and focuses on exploring and surviving a series of monster-infested locales. Taking place concurrently with the main campaign, this DLC follows a random survivor on his way to the last open fallout shelter. At each town he visits, he must find water, food, and gasoline before moving on. It represents the best and most visceral parts of the base game and, at times, surpasses it in quality. Alas, much like the ending to The Final Station, the add-on's denouement introduces more questions than answers. 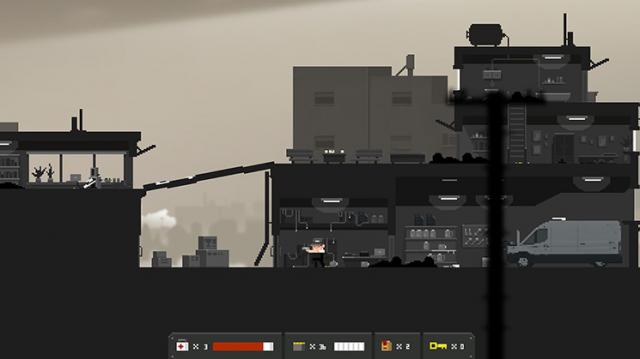 Constructed with some basic 2D building blocks, The Final Station won't set the world on fire in terms of graphics. Yet its pixel art, particularly its backgrounds, are impressive, conjuring up visions of a world vaguely familiar but still alien. The towering, boxy city of Metropole, complete with a multi-story Soviet-inspired statue, is particularly majestic. Less impressive is the game's script, which suffers from some conspicuous translation issues.

The Final Station is surprisingly good. Its DLC campaign, included in this release, might be even better. Each delivers excellent world-building, survival-horror gameplay, and art direction. Both suffer from some translation problems and the lack of a satisfying ending, but the journeys within are worth taking nonetheless.

This review is based on a digital copy of The Final Station for the NS, provided by the publisher.