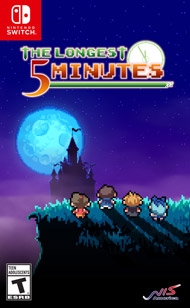 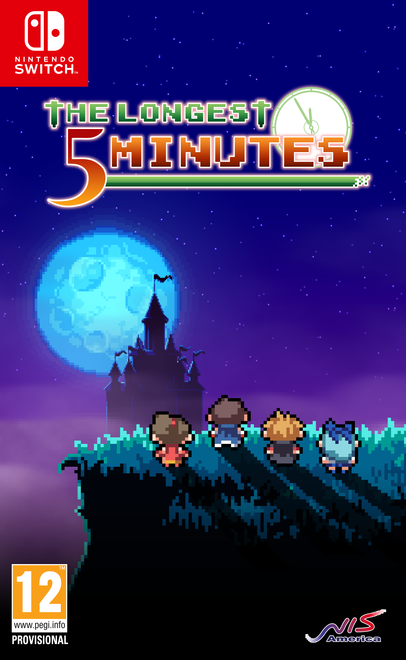 A small platter of bite-sized appetizers.

What would it be like to experience a game that started you at the end boss? And what if your hero didn't even remember who they were when facing said boss? Developer Nippon Ichi Software and NIS America seek to answer these questions with this quirky retro-style RPG, The Longest Five Minutes. It's a game that takes the typical RPG formula and turns it on its head; well, in some respects anyway.

The Longest Five Minutes is, on one level, a nostalgic homage to the 8 bit RPGs of yesteryear with its colorful pixel art and basic mechanics, yet it paradoxically adds some innovative elements that provide a breath of fresh air. Unfortunately though, the game never quite excels in either of these aspects. It offers little of substance outside its memorable narrative and interesting characters, and its basic retro aesthetic comes off more as stock than nostalgic or charming. 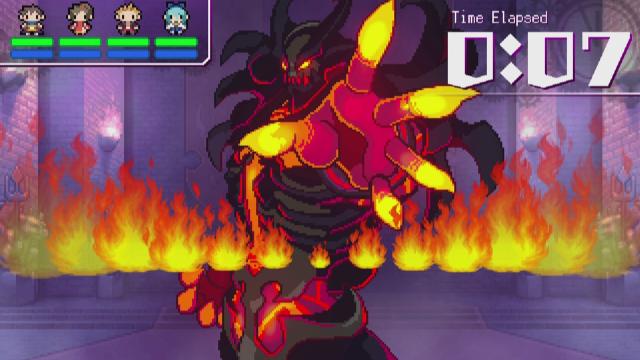 As simplistic as the visuals look, the gameplay is even moreso. The Longest Five Minutes in fact goes so minimal on the gameplay side that it verges on being an interactive visual novel, albeit an decent one. The battle system is even simple enough to essentially play itself, as you can select pre-determined styles of automatic moves, emphasizing attacks, spells, or healing. Then it’s a matter of holding the “a” button during the brief, randomly generated battle as the game does its thing.

The Longest Five Minutes is so easy that you rarely have to worry about fighting manually and implementing real strategy. As long as you grind a bit and buy a few decent upgrades to equip, it's smooth sailing, since you typically overpower your foes by a wide margin. In fact, I only died a couple of times during my entire run, one of which was a particularly difficult boss fight that I somewhat rushed to get to. There were quite a few moments like this during my playthrough in which I couldn't help but ask, “well, what’s the point?” 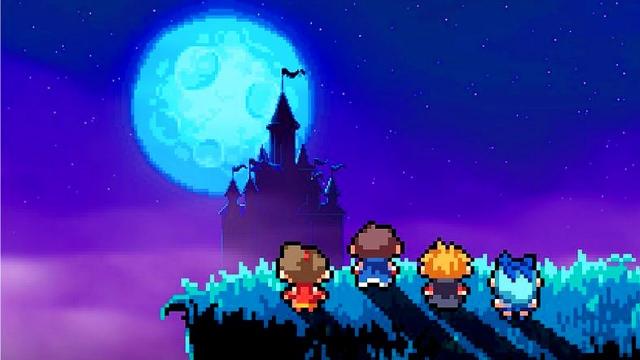 To its credit, the game does provide some more appeal and depth to its story. It embraces a unique and interesting formula in terms of its narrative and progression that defies traditional linear structure. You essentially begin at the end boss - the Demon King - and play your way back in the form of a drawn-out stretch of 5 minute flashbacks. You find you have no memory of who you or your friends are, how you ended up here, or why your going blow to blow with this menacing demon. You eventually come full circle and remember the events and circumstances that led you to this climax.

These memories take the form of a few dozen bite-sized segments which range from 5 minute fetch quests to half hour dungeon crawls, many of which contain watered-down versions of those Pokemon Gameboy puzzles. Each flashback contains a main objective and sometimes sprinkles in a couple of basic sidequests for bonus xp, reeling you back to the final boss battle upon completion. You'll occasionally be posed choices as to how you go about attacking the boss with text prompts, like a choose-your-own-adventure.

This formula certainly makes The Longest Five Minutes an ideal fit for the on-the-go Switch player, who may only have, say, a 40 minute train ride to burn through a couple of quests and take out that miniboss atop the tower. It can also be a liberating experience to zip across completely different scenes of the game and gain power so quickly. Yet these bits of gameplay tend to feel disjointed, as they jump you around to so many different points in the story, and there isn't much that connects them. This is true in terms of progression as well - as the game resets your cash, weapons, and armor at the start of each memory. You'll find that you've often leapt 10-20 levels higher and have been granted additional spells too. 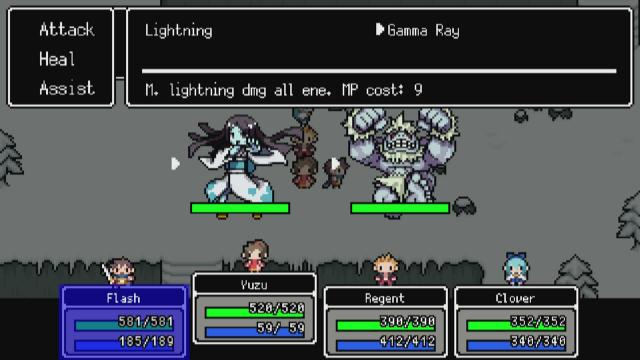 Thus, despite the interesting plot, I struggled to be fully invested in many of my trips down memory lane, as I was essentially "fast forwarding" through my hero's experience. It’s also tough to be motivated to really deck out your character because their gear is going to be completely changed during the following memory anyway. The only real consistent element of progression is what’s referred to as “re-experience points,” which carries over from one memory to the next.

To be fair, these odd dynamics do make sense within the context of the story - and I did enjoy the narrative overall, despite my relative indifference to game stories as a whole. There is plenty of drama, suspense, and humor throughout, along with some neat plot twists and revelations to keep you at least curious enough to press on. As you progress, you learn more and more about who you are, your true purpose, and the origin of the Demon King, along with a malevolent fog which plagues the lands and turns all in its path into demons.

Even inanimate objects aren't safe from this fog, which makes for some amusing battles as you go head-to-head against the likes of possessed wine barrels and killer trains. As you might expect, then, the game never takes itself too seriously despite some profound and dark moments. On top of some comical baddies, our heroes speak plenty of quips and engage in whimsical exchanges you might find in your typical light-hearted anime. 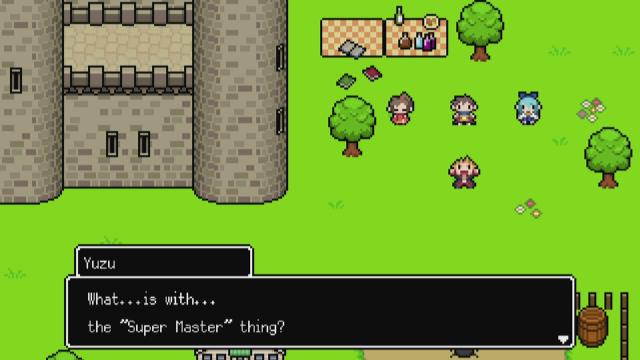 The plot certainly keeps you somewhat engaged with its likable cast of characters, and the fact that we're uncovering details right along with our protagonist allows us to connect on some level. With all this said, there is an abundance of mindless chatter among both our heroes and a majority of the NPCs that contribute little, if anything, to the plot. Even by RPG standards, the amount of pointless text can be excessive. Still, the game at least hints at some enriching world building and cool fantasy themes in the background that invoke the imagination.

As a whole, I quite liked the The Longest Five Minutes’ themes and concepts in theory; the idea of rediscovering ones self through memories, “the past affecting the present” through in-game choices, and the dark fantasy overlay. It’s just that all this potential feels largely unrealized and hardly fleshed out in the way it could have been. There isn’t a large diversity of choices that impact play during your battle with the Demon King, or in general for that matter. There also aren't really notable instances of memories directly affecting this battle, which the game seems to imply. Still, if you're fond of oldschool 8 bit JRPGs ala Pokemon, Dragon Quest, and Earthbound, and enjoy a relatively rich story with your games, you might get more out of The Longest Five Minutes. Just don’t expect a rich and hearty RPG meal - this is more of a small platter of bite-sized appetizers.

This review is based on a digital copy of The Longest Five Minutes for the NS, provided by the publisher.