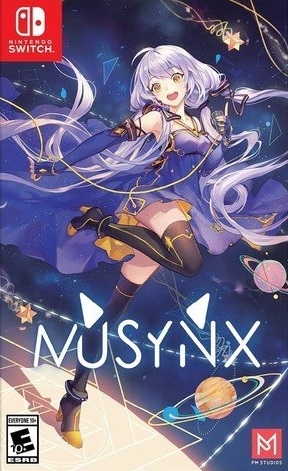 A J and K pop-tinged music game in the vein of Guitar Hero that can be played with the touch screen.

The rhythm and music genres have seemingly taken a bit of a hiatus in recent years. They've certainly fallen off the radar in comparison to the heyday of the Guitar Hero days of years past. And while PM Studios’ MUSYNX doesn’t exactly look to raise the genre back to prominence, it does provide plenty of bite-sized fun and reminded me why these games can be so enjoyable. This mobile game turned Switch port offers up an impressively extensive list of songs - over 90 to be exact - from a wide range of styles. It also allows for a large degree of customization, ensuring that just about anyone can enjoy this one.

The game uses a similar formula to the one that Guitar Hero established - press various buttons at various times to the rhythm of a song as the tab cues whiz by. You can choose to either trigger the major tones and rhythms yourself by turning off the “sound enhancer,” or for a more laid back experience, you can have the melodies play regardless of whether or not you’ve hit the correct notes. Either way, the game will quickly flash up blurbs informing you of whether or not you’ve hit your mark, and how accurately. 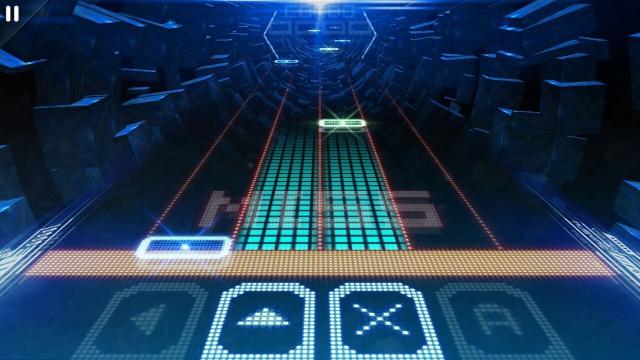 By default, the buttons are mapped to the left, up, X, and A buttons on the Switch joycons, which may sound odd, but after a little trial and error it tends to click. You can also up the ante by dialling the difficulty up to a 6 button configuration to incorporate the right arrow and Y buttons. This admittedly makes things feel noticeably more convoluted, even with some of the slower, easier tracks. To the game’s credit, though, you can remap the buttons to your liking. Each song is branded with a difficulty level from 1 to 10, and I quickly found my sweet spot to be in the 3-5 range for most tracks, though you can also crank up the speed at which the notes fly by, which also jacks up the difficulty.

If this weren’t enough, every track also comes with a hard mode and its own separate score attached to it. Songs played on this difficulty often crank out an onslaught of notes that nobody but the most seasoned and/or caffeinated MUSYNX player could ever hope to keep up with. Let’s put it this way - completing a song will earn you ranks from EX to C, and should you try to scramble through a level 10 song on a high speed with 6 buttons, you’ll be lucky to even sniff that B rating without tons of practice.

One neat feature to help mitigate some of this trickiness, however, is the touch screen functionality. This allows you to cut out the middleman and directly touch the notes as they pass by. This begins to feel not unlike playing a digital piano simulator, making for a smoother, more intuitive and enjoyable experience. Whether opting for button mashing or screen tapping the mechanics are simple but appealing, and this works just fine for MUSYNX. In fact, the entire interface and input provides a very sharp, satisfying, and palatable experience, while rarely venturing into repetitive territory. 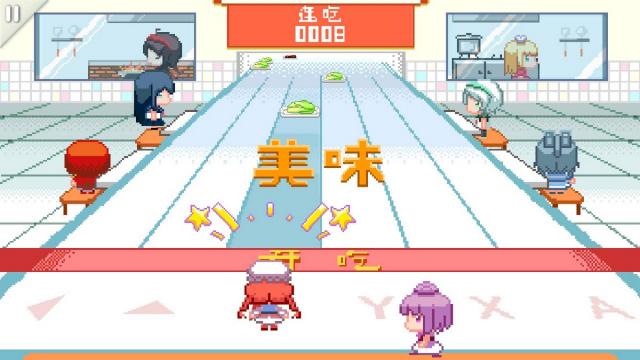 This relative lack of dullness and repetition is primarily thanks to the diversity of both the rich soundtrack and the pretty visuals that decorate the stages. I didn’t expect a ton from an aesthetic standpoint, considering the game emphasizes music and simple button pecking, but I was mostly proven wrong, starting with a palette of some gorgeous and appealing illustrations acting as title cards for each song. These add some character right off the bat and entice you to jump in and give the track a spin. There are also a handful of overarching environments within the stages that color the backgrounds. These range from cutesy rainbows and serenading skylines, to intense, psychedelic displays, and even a charming retro backdrop with 8 bit tunes.

As you’d imagine, then, these themes usually somewhat match the tone of the songs being played within them. The trippy sci-fi stuff, for instance, comes with a variety of thumping techno and trance mixes, which tended to be my personal favorites overall. The more bright and cheery environments, on the other hand, tend to contain more upbeat, light-hearted tunes. But while the techno trance stuff tends to dominate, along with some poppy Korean and Japanese songs, there is a surprising diversity of track styles. 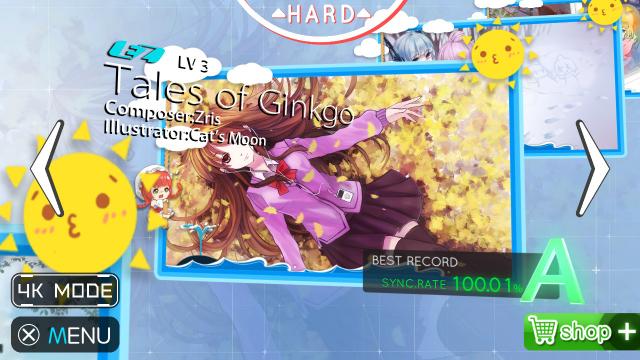 These include classical music, more stripped-down acoustic jingles, and even some crunchy rock riffs that verge on metalcore, which I was pleased to stumble upon as this is a preferred genre of mine. I even caught a few dubstep-y tracks in there. Remember when that was a thing? Being partial to both melodic trance music and rock/metal, some standout tracks for me are LALALA Refrain, Next Far Place, Beyond the Horizon, Terminated Protocol, Platina, Annihilator, and Twinkle Star. Yeah, as this is a Chinese game featuring mainly Korean and Japanese tracks translated to English, you’ll naturally see a lot of odd titles like these. Oh, some of the 8-bit stuff was amusing too, but more in a nostalgic sort of way, not in an “I can see myself listening to this while working out” kind of way.

MUSYNX proves to be a solid rhythm game overall, and a joy both to play and listen to. Its rich atmosphere and catchy, thumping tracks, coupled with a simplistic control scheme, will draw you in almost hypnotically. At the same time, there are a few caveats to consider. The big one is that most of these tracks and themes contain an odd style that a significant portion of a Western audience may not dig. It’s all very cutesy and somewhat anime-inspired. Also, despite the massive list of tracks and endless degrees of customization, there isn’t much content elsewhere. Multiplayer is non existent, as is any sort of leaderboard for gloaters to show off - though seeing as the point system is rather simple, it perhaps makes sense from this standpoint. Some sort of currency and unlockable system could have fleshed out the game more. While I did notice there was a shop in the song menu, it’s empty at the time of this writing, and will be until future updates are released. 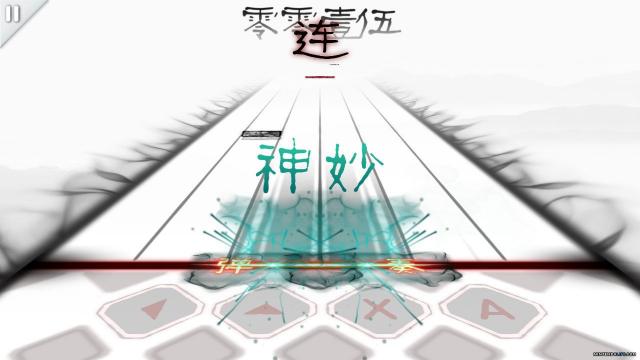 Still, the developers do promise some DLC, including even more songs to enjoy, all free. That’s pretty impressive considering the game is already chock full of 90 plus tracks, each with both an easy and hard mode, multiple speeds, and more complex button configurations. If you are into basic music/rhythm games of the Guitar Hero ilk, this is an easy recommendation, especially if you’re keen on K-POP, J-POP and/or trance music. Those expecting more of a Western-tinged set list or craving more in-depth gameplay may want to give this a second thought however.