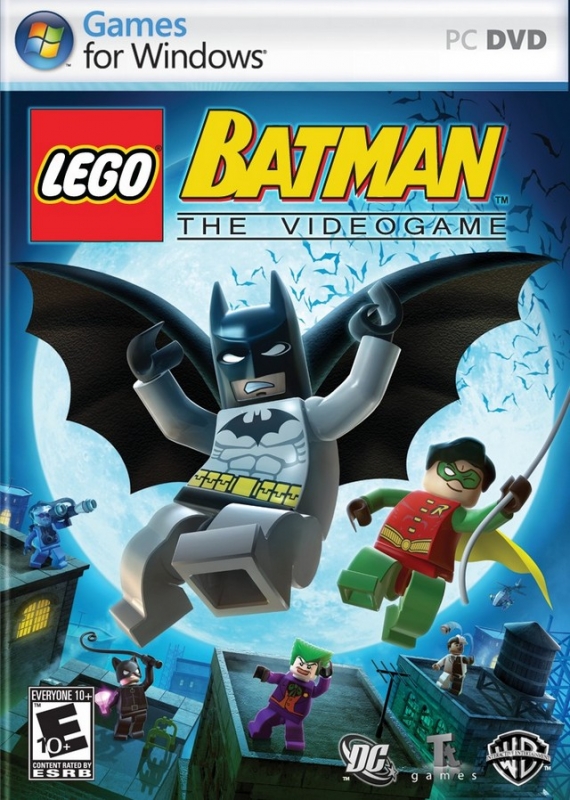 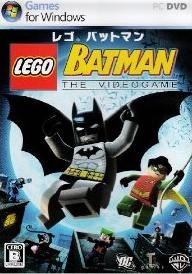 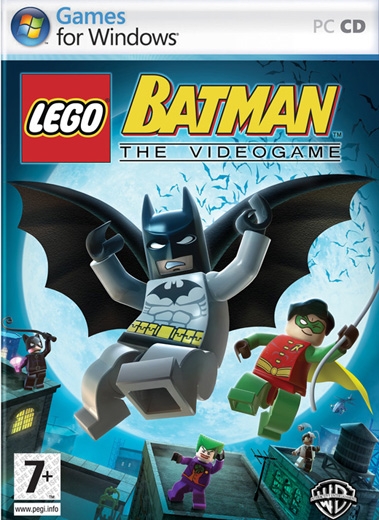 Traveller's Tales releases the third franchise to get the Lego treatment. Does Lego Batman hold up to the previous Lego series, or is it just more of the same?

Batman is the third franchise to undergo Lego-fication, and the first to do so with an original story. That right there leads into the first criticism of the game. As with Lego Star Wars and Lego Indiana Jones, Lego Batman tells its story entirely by pantomime, without even any text bubbles to help you figure out what's going on. As a result, you only get a pretty basic plot of the villains escaping from Arkham Asylum, and Batman and company having to go track them all down. The finer details of what the villainous gangs are up to are hard to grasp in the Hero missions, but in the Villian ones you get a page of text describing what's going on during the loading screens before each mission. Unfortunately the Villain missions are only accessible after you've already beaten the corresponding Hero versions, so you're forced to play through as Batman and Robin once without any real idea of what's going on.

Fortunately, while they're not much use for narrative, the cut-scenes do provide some humor. The Lego characters are pretty good caricatures of who they represent, though as usual the female characters look a bit odd when forced into Lego shape - particularly Poison Ivy. The environments are a bit drab (and usually not made out of Legos, either), and while you could say that Gotham City is supposed to be drab, there's just rarely any personality put into it. Combine the rather simple story with the uninteresting levels, and you're pretty much left with playing the same old Lego gameplay with just a different cast of characters. There are lots of characters, particularly villains, including favorites such as Mr. Freeze and Two-Face and ones most have never heard of, such as Man-Bat and Killer Moth. For the heroes, you get Nightwing and Batgirl in addition to the dynamic duo, a handful of minor characters such as Commissioner Gordon and Alfred, a collection of generic policemen and security guards. Most of the character designs are based off of the comic books, rather than the movies (and that's probably a good thing).

There are three storylines in the game, with a different set of villains trying to pull off some kind of caper in each one, led in turn by the big three of The Riddler, The Penguin, and The Joker. Each storyline can be played from the Hero or Villain perspective, giving you six total chapters with five missions in each. The Hero missions are kind of dull. You can only play as Batman and Robin, though each has a handful of different suits that they can obtain to gain some different powers, complementing the puzzle-solving parts of each level. Also, since the goal of each mission is pretty much always to find and defeat the villain, and after the first chapter you are pretty much beating up the same enemies and solving the same puzzles over and over again, there isn't much variation. The Villain missions are much more interesting, as you'll typically have a different villain in each mission, and most of them have unique powers that change up the gameplay as you progress through the chapters. The goals of each of these missions are more specific and varied, having to do with the villain-leader's overall plan. The only downside is that the Villain missions never really have a climactic ending since they obviously end up losing to Batman and Robin in the end, so their missions always end just before the big fight.

If you're not familiar with Telltale's previous Lego games, the gameplay formula is pretty simple. Take two characters and run around a level beating up enemies, breaking up objects for studs (which act as cash) and building blocks for puzzle solving, and jumping around with some light platforming. None of these gameplay aspects are all that satisfying or well-done on their own, but combined they form a passable system that can be pretty fun, especially when you're playing with someone else. If you're alone, your partner will be AI-controlled, and as with a lot of AI it's not always reliable or helpful, even often failing to recognize puzzles that require both players to solve. Puzzle solving typically consists of breaking everything in sight to uncover some Lego blocks that you can put together to form some kind of switch, platform, or vehicle, and sometimes requires you to interact with environmental elements in ways that you wouldn't even think of trying. This method of puzzle solving can, however, lead to frustrating moments where you get stuck, and when you figure out why, the randomness of the solution just makes you more frustrated rather than leaving you feeling accomplished. The platforming is a bit loose, and it's sometimes hard to judge the distance of your jumps because the camera isn't very responsive. The combat is pretty much just button-mashing action, with some puzzle-solving elements thrown in for bosses, and you'll be mashing the attack button to break up the destructible objects for studs and puzzle pieces a lot as well. One out of every five or so missions is a vehicle mission, which basically turns the combat into a button-holding shooter instead and removes the platforming elements entirely, but serves as a nice change of pace. There are a lot of problems in the gameplay, and most of them have existed for multiple games now. Fortunately all of the frustrating elements don't severely detract from the overall experience, because death has almost no penalty - you simply lose some of your studs, and unless they fall off a cliff you'll have a few seconds to re-collect them. The lack of a real death mechanic transforms the Lego games from a frustrating, mediocre game into a fun, arcade-like romp through the levels.

Some may say that the inability to really fail at a level makes the game too easy. While it's true that completing the main storyline is more an exercise of patience than skill at times, one of the big draws of the Lego gameplay is the sheer volume of collectibles in each level - many of which aren't at all easy to find. You'll have to go back into a level after completing it once so that you can play it in Free Play mode, where you can use any character you've unlocked in the level (and their special powers), thus accessing areas that you couldn't reach before. A neat trick that Traveller's Tales pulled off is that in Free Play mode, you'll go in with every character you need to unlock every hidden item and area, rotating through them on the fly as needed. Thus you can collect everything by only beating a level twice, rather than having to go back into the level over and over with a different character each time. In total, each level has a hidden power brick (for unlocking special gameplay modes and cheats), 10 hidden canisters (to assemble into a trophy for extra studs), a 'total studs collected' goal (to assemble a big trophy and unlock a secret level), and, in the non-vehicle missions, a prisoner to rescue. In addition, you can use your studs to purchase new characters, vehicles, and even trivia. If you're a completionist, there's a lot to do, and it'll be very difficult to find and unlock everything in the game without the use of a guide.

The controls are pretty simple, with an analog stick for movement and buttons for various actions. On Wii you can swipe the Wii Remote to attack, but there's no reason to do so with the sheer amount of time you spend mashing the attack button. The visuals are pretty much the same for all versions, with higher resolutions on the HD systems and lower ones on the handhelds. The music consists of a single soundtrack from the original Batman movie, which sounds cool but doesn't always fit in with the missions and eventually does get repetitive. The sound effects are pretty much the same Lego sound effects that have been in every game now. As previously mentioned, there's a two-player co-op mode, but it's local only, with no online support on any system (including PC), despite it being there in some systems in previous Lego games. On PSP, for some reason there's no co-op at all - not even ad-hoc - which really lessens the experience. Breezing through the storyline can take anywhere from 10-20 hours, depending on how much you stop to explore along the way. Getting to 100% completion, since you have to beat each level twice, will take you about double that.

Lego Batman suffers from the same problems as the other Lego games, along with some new ones in the narrative and the lack of online co-op. Hopefully at some point Traveller's Tales will make some real upgrades to the series, rather than just re-skinning it over and over again, but in the end Lego Batman is still a fun experience.