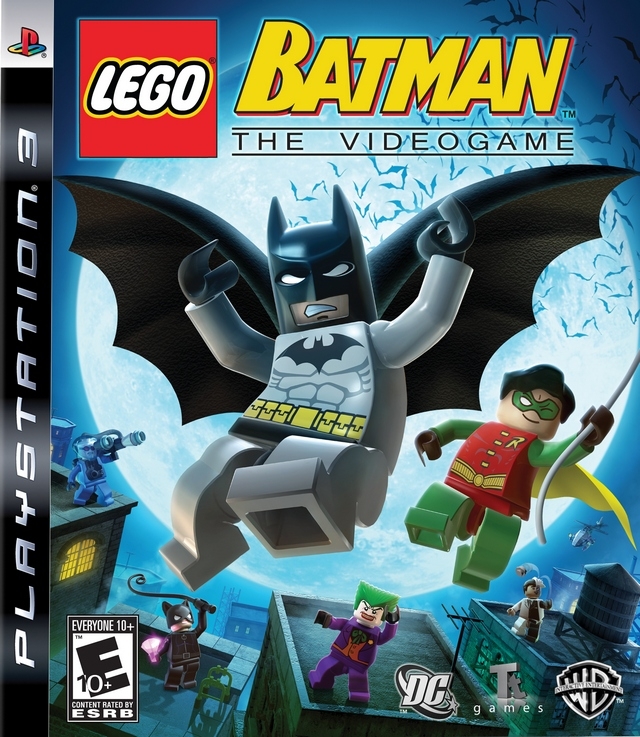 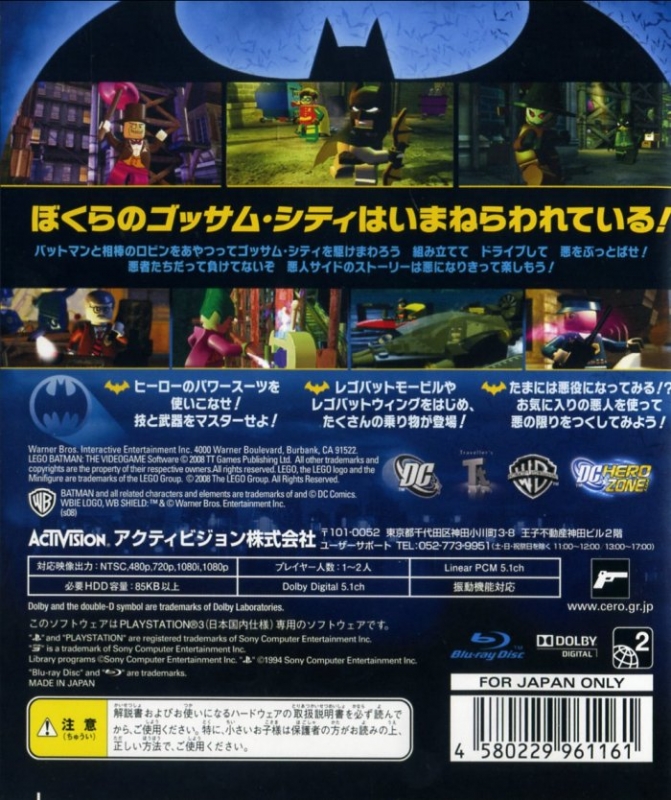 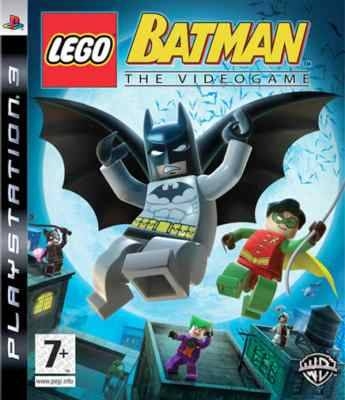 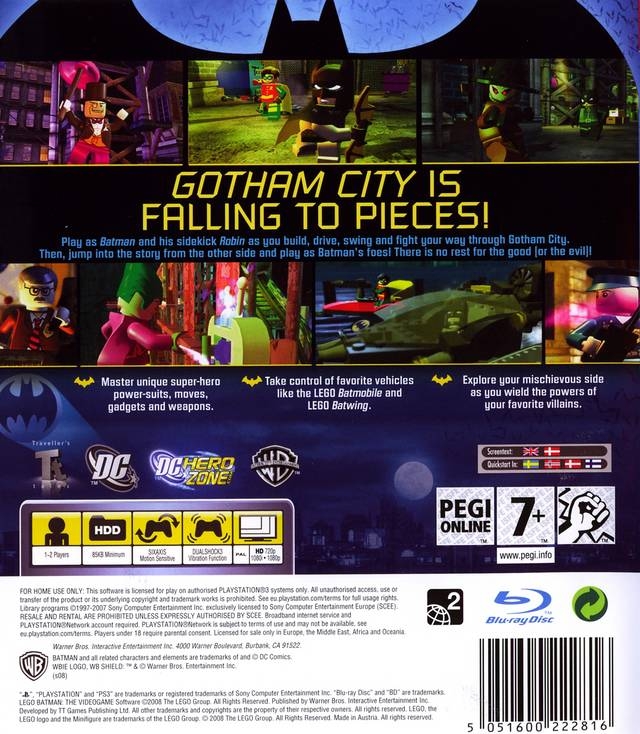 Explore the world of DC Comics' Caped Crusader as never before in an interactive LEGO Gotham City. Join Batman and Robin as they track down and capture infamous villains - and then take control of the villains themselves.

Batman's greatest foes have escaped from Arkham Asylum and are creating mayhem throughout Gotham City. To capture master criminals, such as The Joker and The Penguin, you will need to employ Batman's fantastic gadgets as well as build and operate vehicles in one or two player co-operative gameplay.