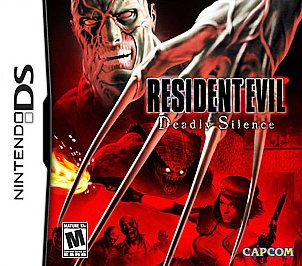 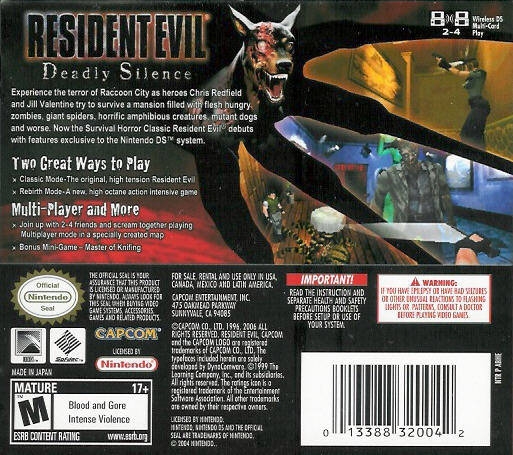 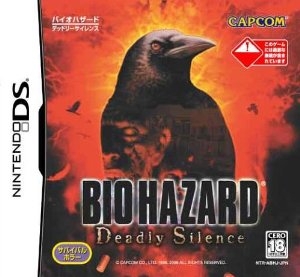 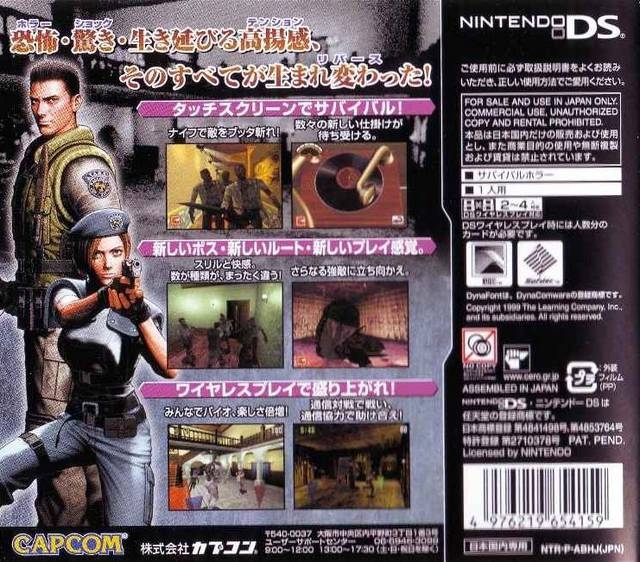 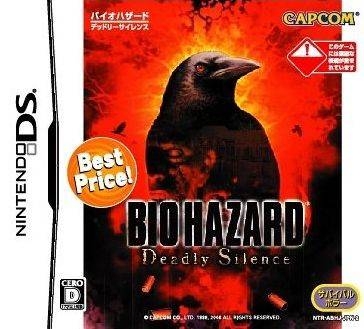 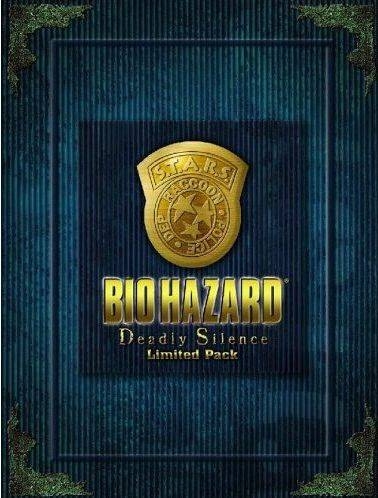 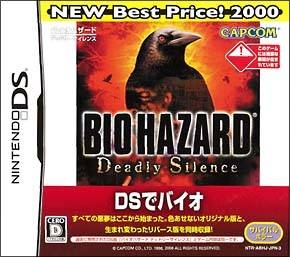 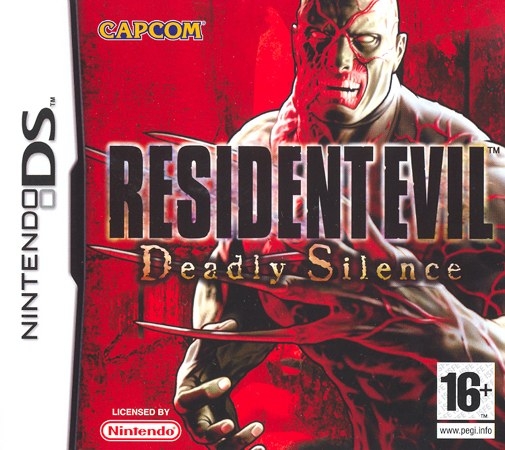 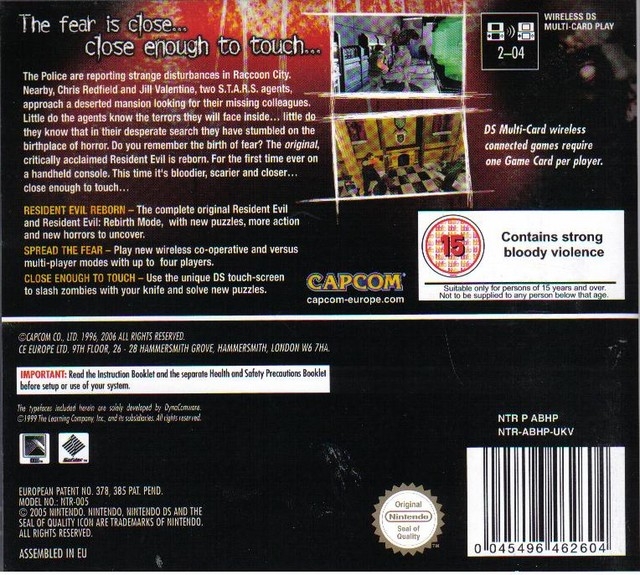 A decade after Capcom first unleashed hordes of zombies into our homes, Resident Evil returns, travel-sized.

I'm going to be brutally honest here: when I first started gaming on the DS, I wasn't too impressed with the technical achievements of most of the games. Granted, something really amazing looking would come along once in a while, but few games really pushed the hardware back then. When I first heard that they were porting Resident Evil to Nintendo’s cash-printing machine, I immediately wondered what would be changed to make it run as a handheld game. Imagine my surprise, then, when I found that not only did Capcom add loads of new features to the game, but actually made the graphics better than the original Playstation version.

Deadly Silence is a remake of the first Resident Evil game with the DS's unique feature set in mind, as you work your way through the now classic storyline involving Jill Valentine, Chris Redfield and that well-known mansion that introduced the world to Resident Evil back in 1996. The story follows the disappearance of the STARS (Special Tactics and Rescue Squad) Bravo Team, who were lost while investigating cannibalistic murders in the mountains near Spencer Mansion, outside of Raccoon City. The STARS Alpha team has been sent into these mountains to find their comrades, and they are immediately chased by mutated dogs into the mansion of horror.

Resident Evil is known as one of the forefathers of survival horror games, using a unique approach to the old-fashioned adventure puzzle games like Myst. The game plays on your fear with odd camera angles that hide what's lurking around the corner, minimalist music, and loud, sudden noises. Another cornerstone of this series is the extreme lack of resources you have, whether they be bullets or health. What Capcom ultimately put on the DS was an exact port of the original Playstation and Saturn versions of Resident Evil, complete with the terrible live action opening and bad dialogue. To be honest, I wouldn’t want it any other way. The Resident Evil Remake for the Gamecube was great, a classic if you will, but who can forget the classic dialogue between Jill and fellow STARS member Barry Burton:

That dialogue will live on in my mind as long as I can live, and having these classic corny moments fully intact on my DS made the game feel even more complete.

Resident Evil: Deadly Silence is presented in two flavors: the standard, vanilla, direct-from-the-Playstation version, and a minty new flavor called “Rebirth Mode". This new take presents the game in a slightly easier form, with more saves, more ammo, and a few nifty touch-screen minigames. These minigames take place when you first enter certain rooms, and pit you against ravens, zombies, or zombie dogs in a first-person view with only a knife to defend against them. These segments are fairly easy and recognize diagonals, horizontal, and vertical slashes against your foes. These extra skirmishes have their rewards, too, as you will constantly be awarded with extra bullets for your trouble. Rebirth Mode also contains reworked puzzles that use the touch screen controls in place of the older puzzles. These usually involve turning something a certain way or other similar changes.

Aside from the touch-screen control, Deadly Silence uses a few more DS-specific control types found in both modes, such as using the top screen for your map and the microphone to perform CPR on fallen comrades, and to blow poison back at things that would like to poison you. These additions are nice, and not tacked on like they are in some other games. Better yet, the map is displayed on screen at all times, so unlike before, you don't constantly have to bring it up using the pause screen. When you take damage the top screen also flashes. Another nice addition is the 180-degree turn, originally introduced in Resident Evil 3, along with the knife button and tactical reload from Resident Evil 4.

The A.I. has been slightly altered for the better. Zombies now walk out of doorways, and can turn corners - things they couldn't do in the originals. These may sound like minor details, but these additions make the game a lot more fun, as you can’t escape your enemies by simply running behind a chair. Tension-wise, this makes the game feel and play a lot more like the later games in the series, especially Resident Evil 2.

On the technical side, Deadly Silence looks, sounds, and plays very well for a handheld game. Although the archaic tank-like controls from the original games rear their ugly heads. Moves are easy to perform, even without analog sticks. The graphics look really good, and the character models actually look to be a lot more refined than the original version's.

On the sound front, every creepy cello piece and thundering crash have been recast in this version of the game, but one thing is unfortunately lost in the transition. Unless you're wearing earphones, the sound does not shock you as much as it originally did ten years ago. Remember the scene where you're walking down the hall and dogs suddenly break through the windows? That one scene scared the living daylights out of me in the original version, but the DS' tinny speakers don't do it justice here. Then again, it may be because I was expecting it, so players new to the series may still get the same chills.

The only truly disappointing thing I found with this game is the inclusion of the "classic" typewriter saving method. Using this method, the player can only save progress by locating a typewriter and using an ink ribbon to save gameplay data. Ink ribbons are available in a limited quantity, forcing the player to think carefully about whether they have made enough progress to justify saving the game. Some may scoff that it is a necessary inclusion, and sure, it ups the feeling of tension, but when I play DS I am not usually able to play it for long periods of time. Not having some kind of "quick-save" function on any DS game is disappointing. The last thing you want to happen is play the game for thirty minutes, get lost, and have to backtrack 30 miles across the mansion just so that you can save.

Resident Evil DS also has a multiplayer mode, but sadly, as all players need a copy of the game, I was unable to test it. I would have loved to try this out with single cart play, but alas it was not meant to be. This mode features a race to a goal inside a blocked off section of the mansion. You can duke it out against three of your friends, or race as a team to the finish.

Resident Evil: Deadly Silence is a very solid game, and stays very faithful to the original game in the series. Unfortunately a few nice perks with the DS weren't enough to shake the fact that I was playing the same game that I had played countless times before. With so few major additions, it's hard to recommend the game to anyone who already owns a previous version. If you want to play Resident Evil on the road, or you have never played the original game, this is a must buy. If not, the price may be a little too steep for an old game.