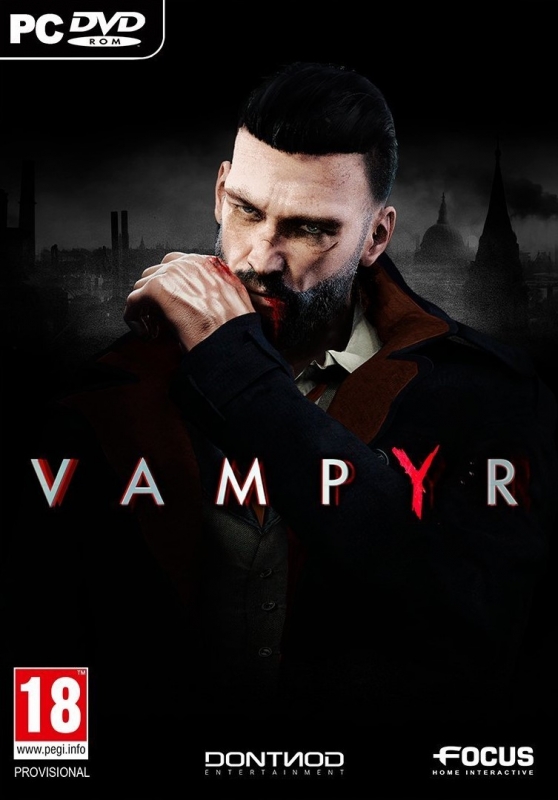 Vampyr will satisfy fans of the genre.

In Vampyr, you play as Dr. Jonathan Reid as he comes to terms with his otherworldly powers. Freshly turned, Jonathan navigates the challenges of his transition and London’s deadly streets while unraveling the mystery of the city’s recent outbreaks. The citizens attribute the epidemic to the Spanish flu, although, as you can imagine, the reality is far more complicated. I was surprised to find that the game’s narrative is fairly strong, despite the occasionally heavy-handed writing and sloppy voiceover work which distract from it. This double-sided critique is representative of my playtime with Vampyr. It doesn’t always shine, but it delivers enough quality and twists to warrant a second look.

You control Jonathan as he battles foes, interviews the city’s inhabitants, and explores the various districts of this scaled down, open-world London. Combat plays out like a clumsier version of the Arkham games and adds gunplay, meaning that players tango with enemies until they find the rhythm that leads them to victory. Attack, dodge, attack, dodge, and repeat. Its execution is adequate, and it certainly works, yet Jonathan rarely hits with the necessary oomph to make you feel like a mythological being. Luckily, enemies come in several varieties, both supernatural and otherwise, and I enjoyed studying their attack patterns to chart a path to victory. The intersection of satisfactory enemy types, combat style, and ability upgrades sufficed to create a real sense of gameplay variety. 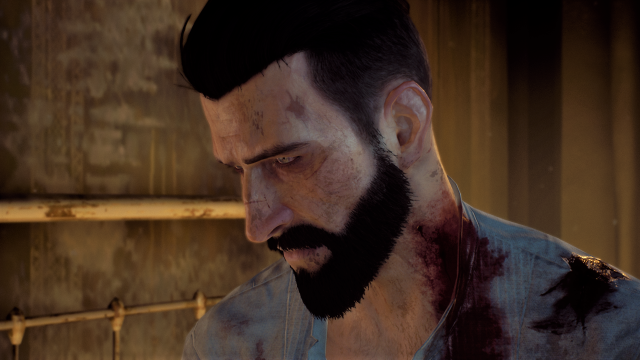 Generally, I was impressed with the RPG elements, including the game’s upgrade system and means for accruing experience points. Players earn experience points through in-game events (e.g. defeating a boss) and mesmerizing and attacking the city’s NPCs. These NPCs provide the fastest route to leveling up and upgrading Jonathan’s abilities but kill too many citizens and you jeopardize the integrity of the district. If the district’s instability escalates to “hostile,” enemies increase in number, indoor locations become inaccessible, and players can expect a much harder time traveling from Point A to Point B. This system feels balanced and is a clever method for delegating the game’s difficulty level to gamers.

The upgrade system is robust and offers players plenty of choice in how they improve their powers. Jonathan’s abilities and skills, on the other hand, are only passable. My primary complaint is that Jonathan’s vampiric powers lack any real punch, and since I never felt the impact of his flashier moves, I viewed them as only an effective system for reducing enemies’ health bars. In short, these powers felt like safe and efficient additions without contributing much fun to the base gameplay. 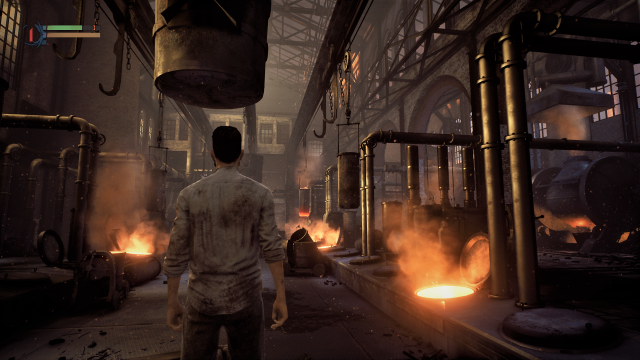 Disappointingly, Vampyr constitutes a rather sterile application of Unreal Engine 4. London is well-realized, but the world and its inhabitants lack visual charm. Vampyr needed stronger art direction to truly distinguish itself from modern counterparts and attain status as a memorable visual showcase. At best, the game demonstrates its technical prowess in areas other than art style, such as immersive heat distortion and lighting effects. At worst, NPCs appear even ghostlier than intended due to their stiff animations and inconsistently detailed character models.

Vampyr’s visual style is unimpressive yet, ultimately, inoffensive. Much like its gameplay mechanics, DontNod leaves something to be desired on this front, although there is no single feature (or lack thereof) that constitutes a deal breaker. Despite these occasional weaknesses, the strengths of the setting and the game’s narrative create a cohesive whole. I felt consistently intrigued by Jonathan’s character arc and the balance of his compassion and the physiological necessity of feeding on others. Crafting a likeable and nuanced protagonist seems like no easy task when there have already been so many popular takes on vampire stories. 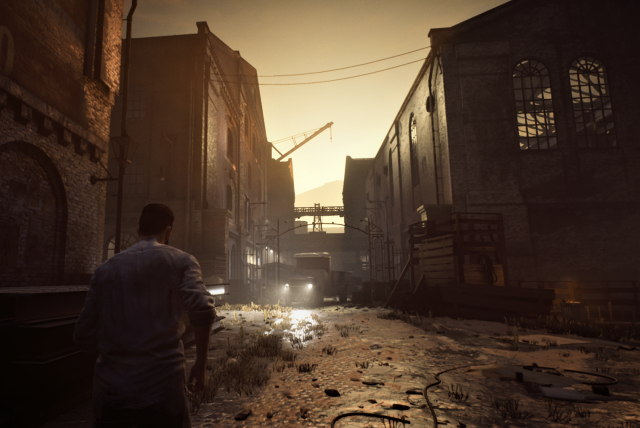 I commend the developers at DontNod for revisiting vampire lore and the sincerity with which they nod to the classic horror subgenre. Their take on an early 20th Century London is sufficiently compelling, and I enjoyed exploring the world and meeting all the strange and mysterious faces along the way. Vampyr unabashedly travels down a well-worn path, and it mostly works in an era in which game developers are prone to crafting crossovers (e.g., blending the historical past and science-fiction) rather than spinning straightforward genre tales. I only wish Vampyr had arrived in a more refined package. It will satisfy fans of the genre, but if you weren’t convinced just by looking at the game’s title, Vampyr might be a tough sell.

This review is based on a digital copy of Vampyr for the PC, provided by the publisher.