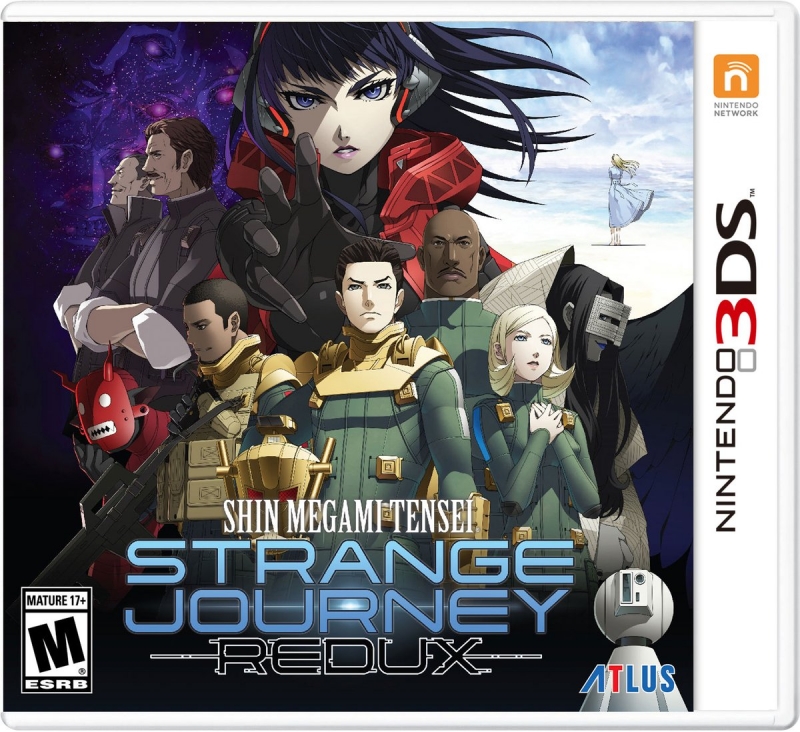 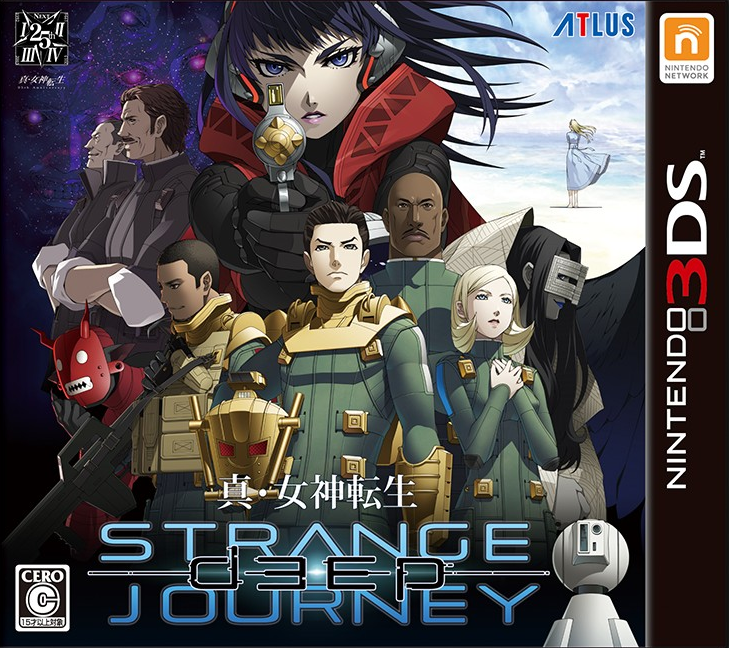 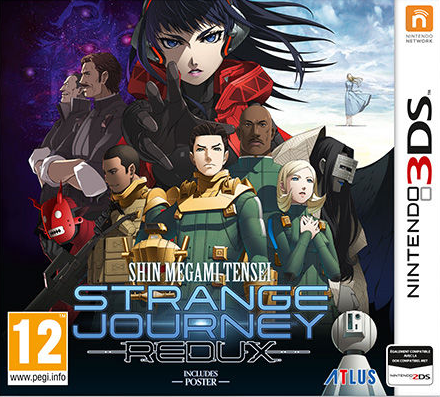 What a long, strange trip it's been.

Shin Megami Tensei: Strange Journey Redux might be the only 3DS game you need in the front half of 2018. It's an incredibly deep dungeon-crawling RPG, with an addictive demon collecting/fusion mechanic, six different endings, and an abundance of optional side content. It's also amazingly long, with a barebones run taking around 50 hours, and a complete run — with all side quests completed, demons collected, dungeons mapped, and dialog options exhausted — landing north of the century mark. The base game, which arrived on Nintendo DS in 2010, was already substantial; this remake, with an added dungeon (with unique side quests, items, and applications), a mysterious new NPC, and three additional endings, makes Strange Journey a cornucopia of content. Expect to be glued to your 3DS for weeks, if not months.

In terms of setting, Strange Journey Redux is a bit of an oddball within the Shin Megami Tensei series. Set in Antartica, the game follows an elite investigation team attempting to breach a space-time anomaly that's expanding outward aross the globe. Once inside, the team discovers twisted, grotesque versions of real-world environments — battlefields, shopping malls, red light districts, etc. — populated with mythical creatures, both angelic and demonic. Trapped and outmatched, the "Schwarzwelt Investigation Team" must determine the nature and purpose of the anomaly and endeavor to escape back to Earth. 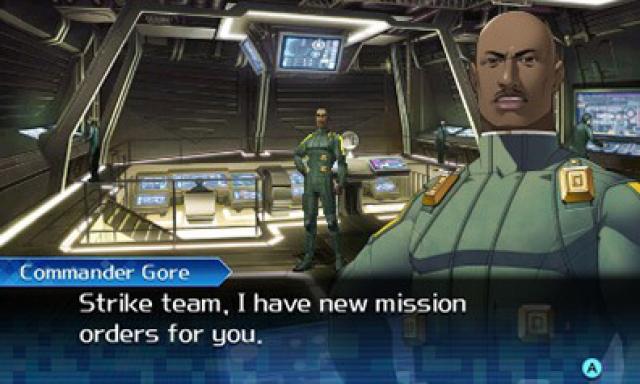 All of Strange Journey's gameplay loops, demons, and labyrinths are available in this Redux version, alongside a new character named Alex, a new sprawling dungeon called Womb of Grief, new sub-apps and commander skills, audiovisual upgrades, and a host of quality-of-life improvements. The title's core game design — first-person dungeon crawling, turn-based battles with monsters, demon recruitment/synthesis, and item crafting — is as stellar as always, but made deeper and more substantial with the aforementioned additions.

Alex and her corresponding dungeon, Womb of Grief, adds a narrative twist to the already surprising and expansive story. Moreover, inside Womb of Grief players will find demons, EX Mission side quests, and sub-apps not found in the original release. Complete the dungeon and gain access to three brand new endings, on top of the three available in the original release. 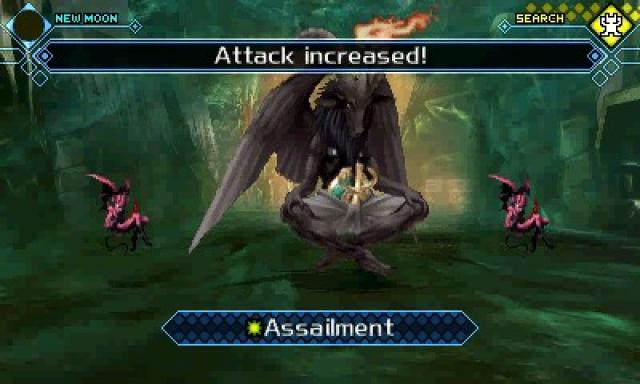 Womb of Grief and its accompanying extras are together worthy of a double dip for current Strange Journey owners, but the novelties don't end there. Redux offers up several new sub-apps — passive bonuses that regenerate health or lower enemy encounter rates — and brand new commander skills. The latter are abilities that the main character triggers in battle, e.g. increase the attack potency of the group, or null any status ailments. Most of these operate according to a five-turn cool-down, but others, so-called Auto Commander Skills, will trigger at random during a fight.

Apart from new content and mechanics, Redux provides a complete audiovisual overhaul. The artists and programmers at Atlus introduced tweaked character designs, more detailed and animated character portraits, and redone field graphics with noticeably superior textures and anti-aliasing. Dialogue is full-voiced this time (in Japanese), which brings the game's many cut-scenes to life. Rest assured, Strange Journey Redux is no mere resolution bump; it's a comprehensive remaking and refinement of assets. 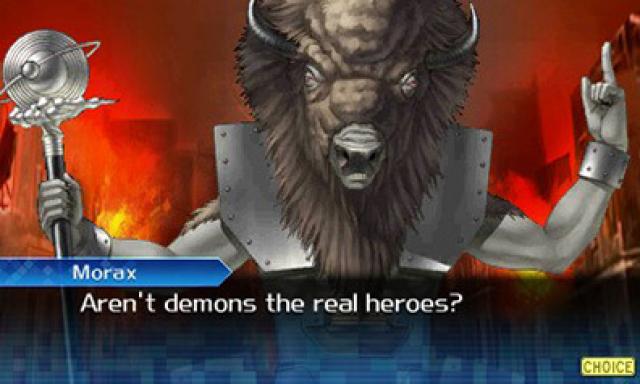 Finally, this revival includes several quality-of-live advancements, including, but not limited to: a field save slot, which allows players to save anywhere on a map; three difficulty options that can be changed at any time during the play-through, and a fourth unlockable "impossible" difficulty level; a larger reservoir of recruited demons; and the ability to equip more than one sub-app at a time.

While most of this original content makes Redux more accessible, more attractive physically, and more robust in terms of play time, it doesn't erase a few irritants from the original game. Strange Journey is a chatty game, especially in its early hours. As a result, there are more than a few occasions where you as the player will want to return to demon collecting, exploration, and item crafting, but find yourself stuck in a lengthy, verbose exchange between NPCs. The game treats its story, characters, and subtext very seriously, and consequently takes a lot of time to develop and unpack them. 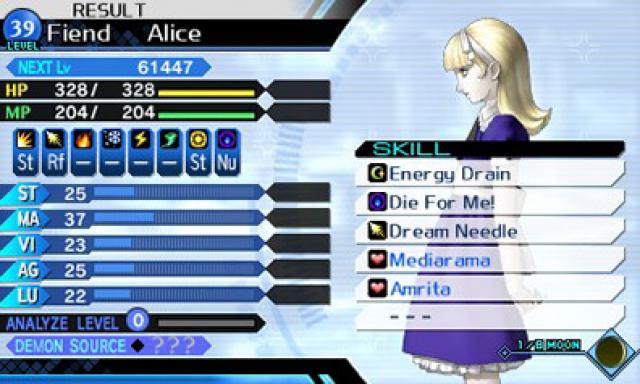 A second annoyance is a collection of trial-and-error dungeon layouts late in game. In the final three dungeons, the game introduces a bunch of warp points, hidden doors, and one-way slides that require a great deal of experimentation. There is one especially cruel section in Eridanus with a couple dozen warp points, many of which lead to dead ends or return you to the start. An unpracticed player could spend hours lost in the maze.

Even with a few overlong story segments and some disorienting map layouts, Strange Journey Redux is a masterclass in first-person dungeon crawling. The setting is unique, the story bold and topical, the base mechanics and gameplay as satisfying as ever, and the modern conveniences and new content more than sufficient to justify either an introductory playthrough for newcomers or a second or third playthrough for Shin Megami Tensei veterans.

This review is based on a digital copy of Shin Megami Tensei: Stange Journey Redux for the 3DS, provided by the publisher.