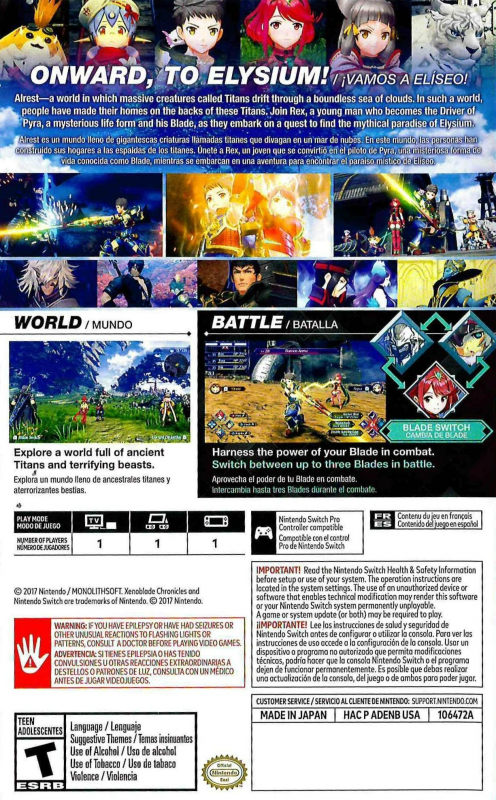 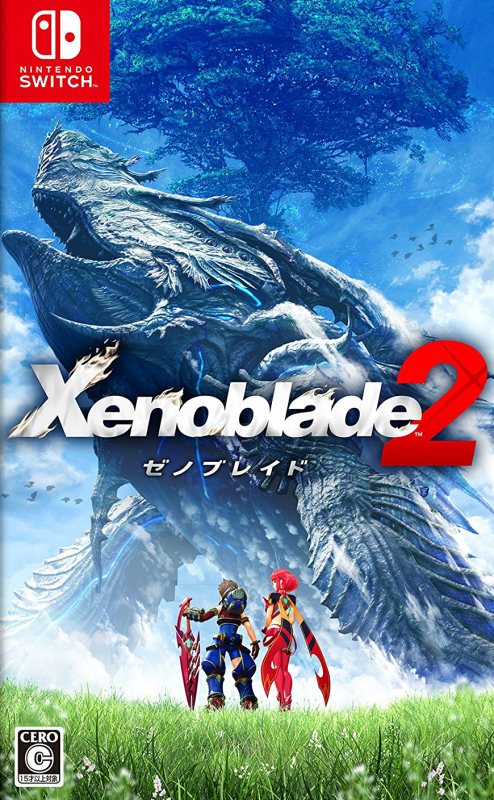 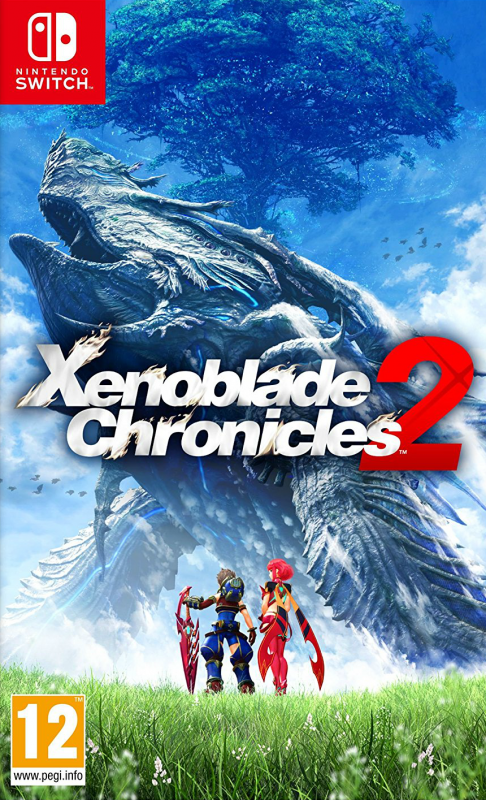 This game high highs, but very low lows. Let’s start with the positives: The sidequests are genuinely great for the most part, the streamlined controls are pretty great and need very little tweaking, and at least half of the playable characters are great. Morag? Good. Zeke? Great! Nia? Absolutely Fantastic! The pre-rendered cutscenes are extremely well-animated, and the gameplay gives a lot of options.

However, this game is severely held back by a lot of negatives. The main story, while having its moments, is just not very good. It has a surprising amount of plotholes, contrivances, and generally poorly-explained moments. If you pay attention even a little to the main story, you’ll be very confused very quickly. You’ll notice a lot of inconsistencies, and about half of them are never explained while the other half are explained at arbitrary points in the story. How did Pyra recover her memories after Malos erases them? The story certainly never explained that. Why did Tora risk his life and freedom by attacking the military after seeing Rex and the party being arrested by the Flamebringer general Morag herself? He thinks the military are “big meanies…” No, really. He had no reason to assume they were innocent, or even good people that didn’t deserve to be arrested. And then we have Rex “forgiving” Pyra for DESTROYING TWO TITANS (their world’s equivalent of destroying all of Europe and Asia) seconds after that information being revealed to him. He never even asked her a single question about it. Not. One. Question. And the rest of the characters…? Tora? Bad. Rex? Worse. Pyra? Unsalvageable (get it?). Mythra? Pretty good… but only in the DLC. She’s a generic Tsundere in the base game.

Overall, the game is totally worth playing for any Xenoblade fan as long as they’re willing to look past some very weakly-written parts. If you play it with your brain turned off and don’t think about the flaws too much, it’s a perfectly acceptable game to play!