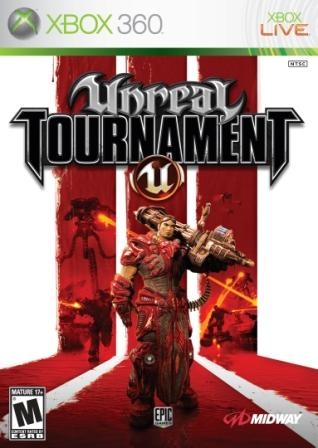 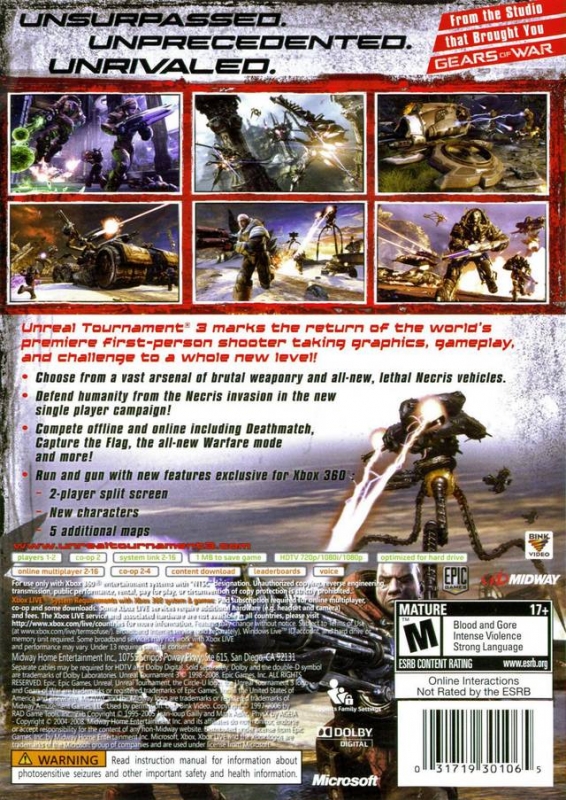 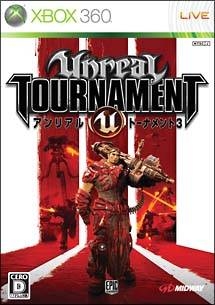 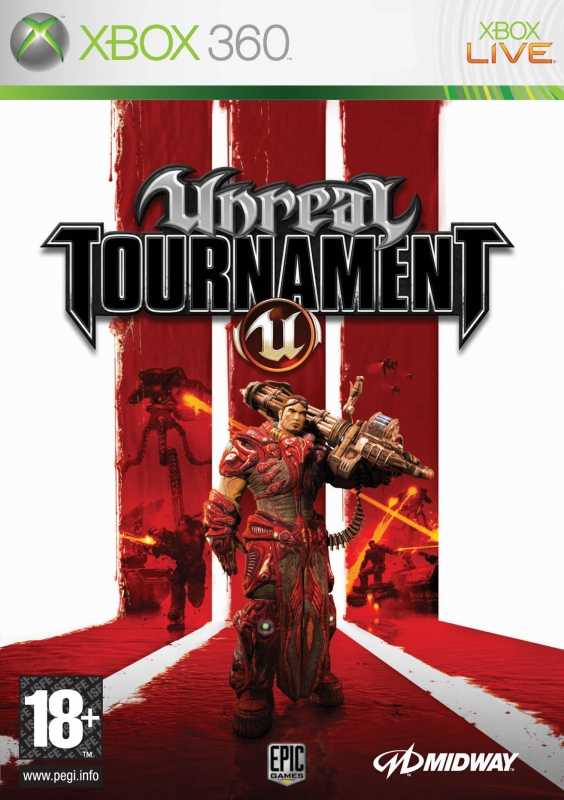 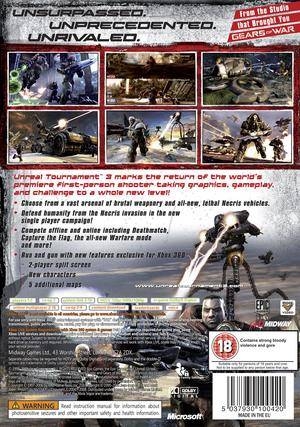 Reader Note: This review contains parts used in reviews for Unreal Tournament 3 for the PlayStation 3 and PC. There are vast differences between each review due to design variations between platforms and franchise history.

After the release of Unreal Tournament 2003 on the PC, Epic Games decided to port the game over to the Xbox while changing the title to Unreal Championship. The game was relatively successful and merited a sequel. What came after was a side story in the Unreal universe, which centered on love and respect. Unreal Championship 2: The Liandri Conflict follows the story of Anubis as he tries to regain respect for leaving the tournaments and impress his girl Selket. This story seems to fall just after 'consensual murder' was legalized and the tournament is brought out to the mass as a major sporting event.

Gameplay has always been a staple of the Unreal Tournament franchise and Unreal Tournament 3 is no exception as it features fast and vicious combat that will keep a player on their toes. Unreal Tournament 3 keeps the base style of gameplay the same as all previous entries, the single-player is training for the multi-player. Generally it is not recommended to join an online match without at least playing a few rounds of single-player to get a feel for the game's speed and controls. It should be noted that the console ports are roughly 20-30% slower than the PC version.

Multiplayer has always been the heart of the Unreal Tournament franchise. After playing and training in the single-player campaign, jumping into a multiplayer match is a lot easier and limits the chances of first timers from royally getting owned. There are no game-type differences in multiplayer as they were all present in single-player. The only major difference is that online is a whole new battlefield because if anyone believes the Godlike difficulty setting is hard in single-player, it is only an uphill battle in multiplayer against opponents who can briskly beat the Godlike difficulty as if it's the easy setting. Since strategy and human thought are vastly different then pre-installed AI, the multiplayer can almost be called a different game in itself. Xbox 360 owners have a bonus feature for multiplayer gaming-the ability to play split-screen with their friends. Who doesn't enjoy fragging people locally?

Epic Games has thrown in some good support behind this game, which is good for all gamers. Of course, Epic Games' support hasn't stopped with the mod community. They still have fantastic support with updating the game with new features. They have even released the add-on pack, Unreal Tournament 3: Black, which adds brand new game modes and maps. There is also some basic support for mods thanks to Epic Games' commitment to bring over what's available on the PlayStation 3 and PC to the Xbox 360 community. While mod support and availability isn't as high as on the other two platforms, it is a welcomed sight to see.

Unreal Tournament 3's presentation is top-notch thanks to the power of the Unreal Engine 3 and insane amount of polish Epic Games put into the game. Menus are clean while giving friendliness to console users. Graphically, the game is stunningly beautiful. This is expected due to UT being Epic Games' poster child for their engines. Unfortunately, there are some slowdowns and some rough textures, but there isn't enough there to complain about. Slowdowns occur mostly where large scale battles are taking place with loads of explosions. Still, the game looks great.

Overall there is about 25 hours of single-player to beat with 8 different difficulties to try your hand at. With a near unlimited amount of content available in multiplayer to play due to constant support from Epic Games and the mod community, there is no time to get bored playing. This game has its flaws and isn't the best of the franchise, but that still doesn't stop this from being an incredible shooter. Just like all previous entries to the franchise Unreal Tournament 3 is successful at cementing itself as a first rate shooter. As always, there is some unreal audio to enjoy and fun to be had. Unreal Tournament 3 on the Xbox 360 isn't as good as its counterparts, but it is still highly enjoyable.