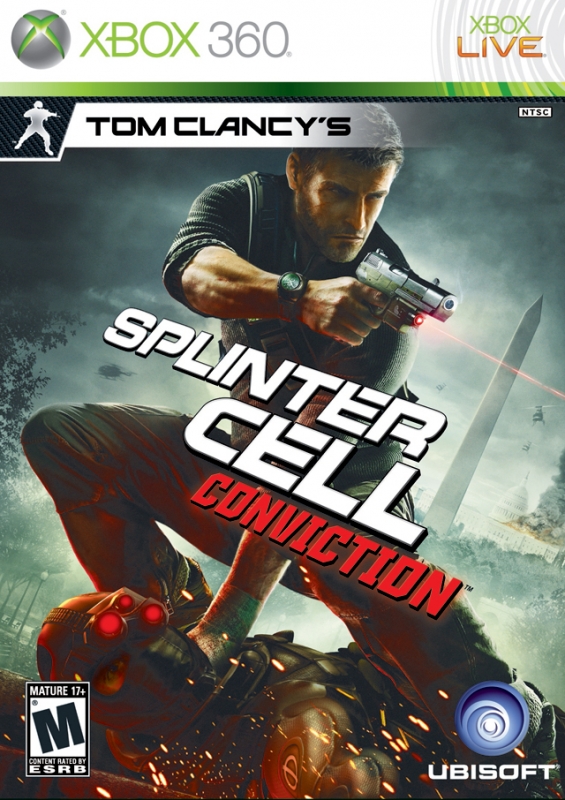 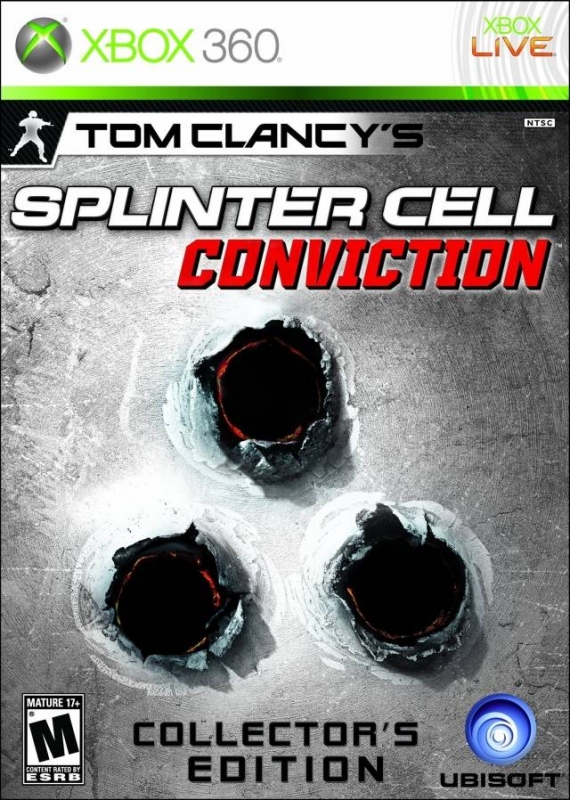 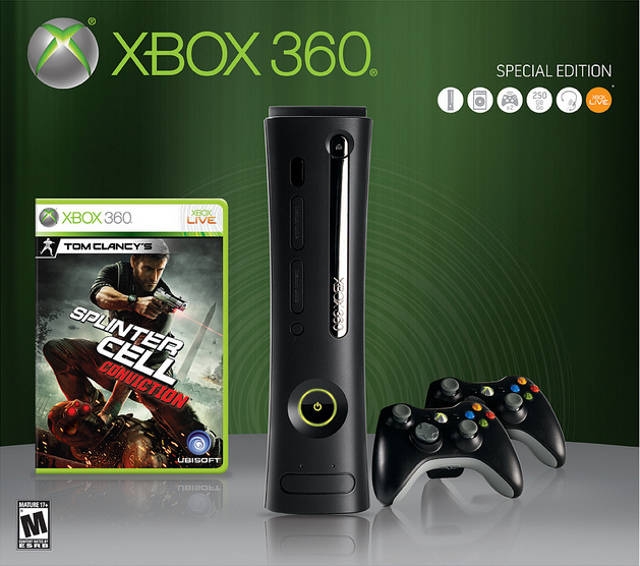 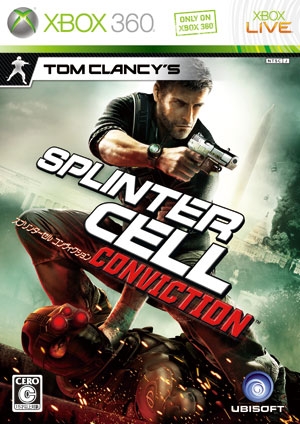 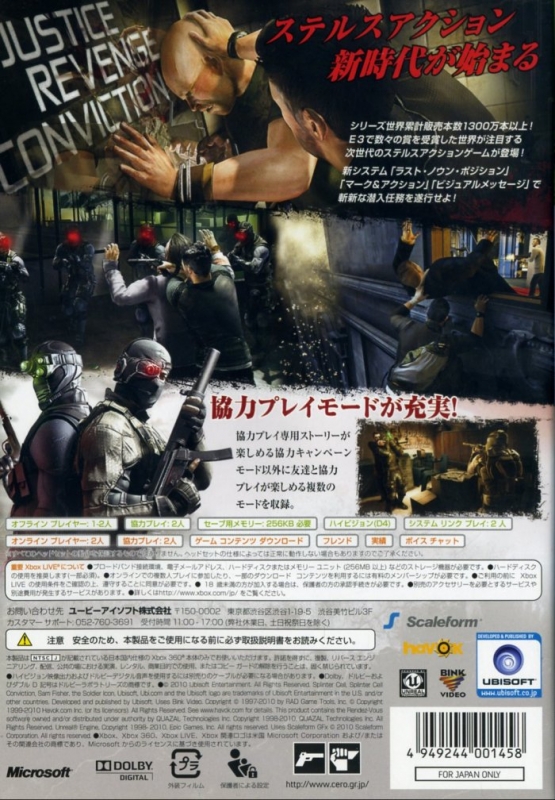 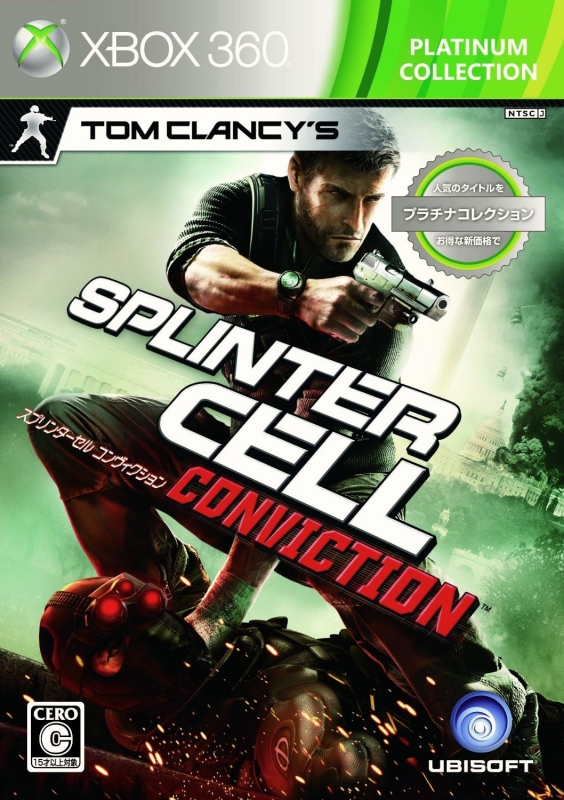 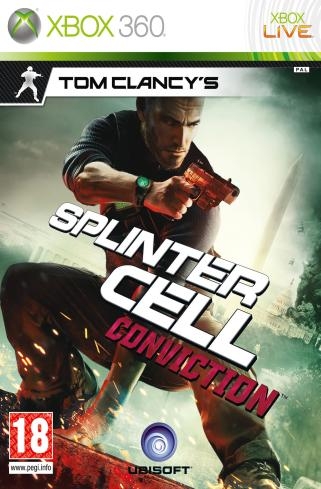 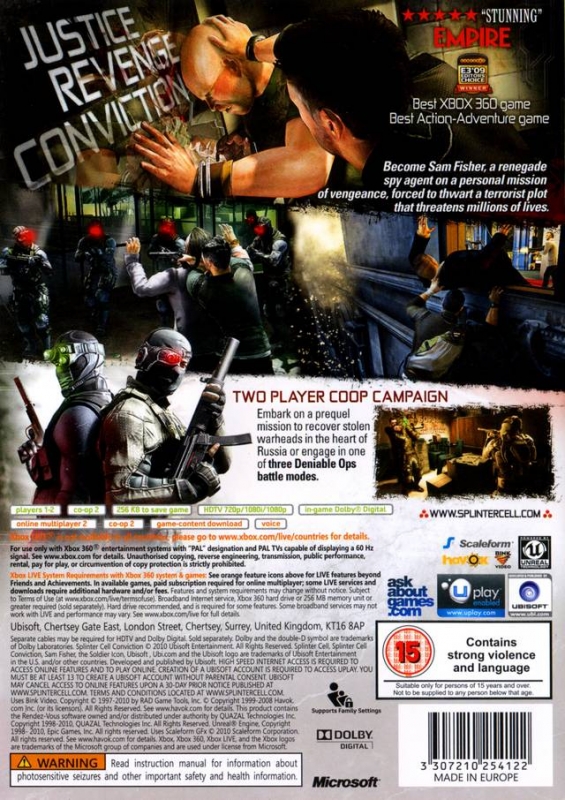 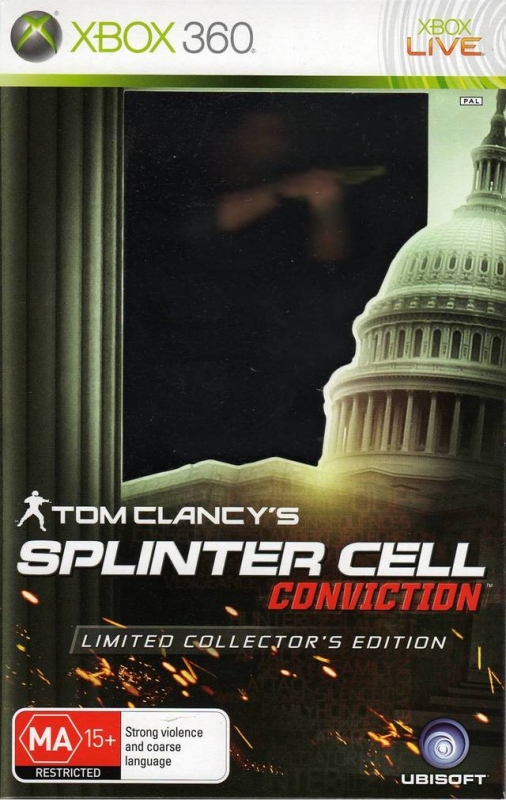 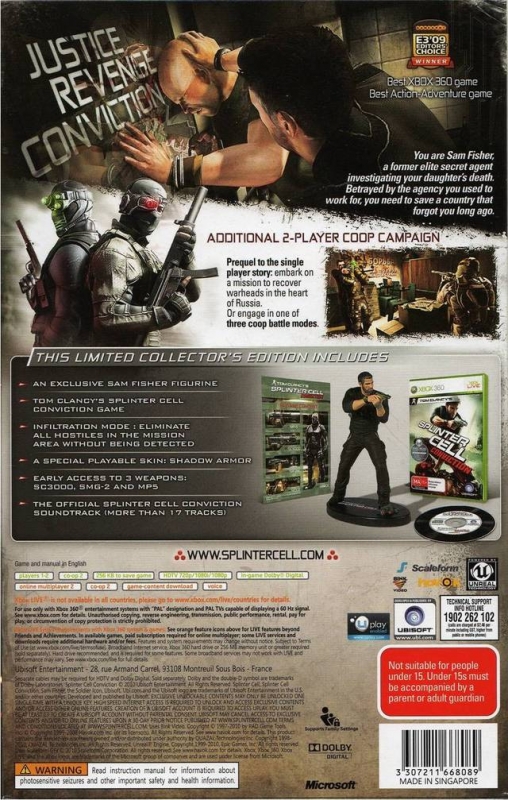 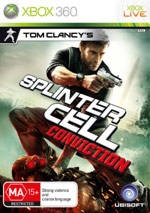 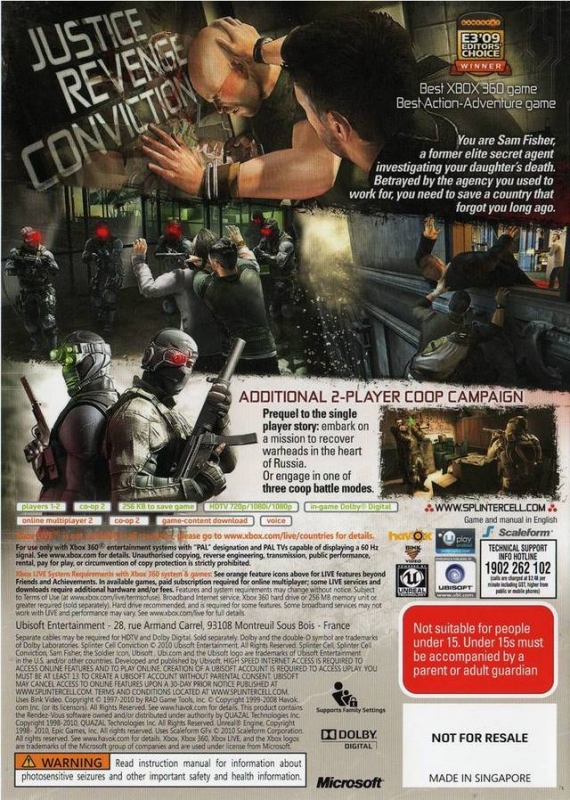 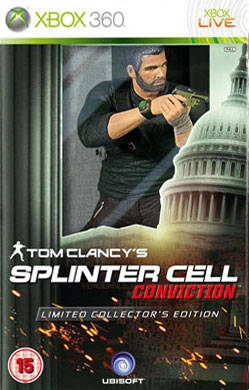 After what seems like an age since those original screenshots were first unveiled, Splinter Cell: Conviction is finally here and it looks almost unrecognisable. Indeed, if the path taken in Conviction is anything to go by, the series itself has now undergone a complete overhaul. It has evolved for the modern era of gaming. Sam is now a changed character and the rigid pure stealth of old has gone, no doubt to the chagrin of many long standing fans, but the Splinter Cell series is certainly not immune to the necessity of change.

Sam has gone rogue in a quest to discover who killed his daughter – that means he’s finally off his leash, free to do things his way in his search for vengeance and, crucially, free to jettison stealth and engage in combat when the need arises. The mystery surrounding the death of his daughter Sarah is only a small part of the story, and it’s really only in the second half of the game - when this particular storyline takes a back seat - that the game becomes particularly engaging.

Mission structure is varied. There’s really no let up in the action and definitely no filler. Most of the time this works wonders. One level you’re sneaking quietly into a high security building in a throwback to the series’ roots, in another you’re chasing an assassin through the crowded backstage of a political rally. There’s one occasion where Ubisoft make a huge error of judgment in an underwhelming flashback sequence that not only ultimately feels pointless, but also turns this excellent stealth action game into a mediocre third person shooter for its brief duration. That one level aside, the single player campaign is a lot of fun.

By performing one of a number of different melee takedown moves such as leaping from a ledge onto your target or grabbing an enemy and using him as a human shield, you’re given the ability to ‘mark and execute’ other targets. To do this you ‘tag’ your targets using the RB button and then when they’re within your field of vision, press the Y button to perform a series of headshots. It’s an intuitive system which soon becomes second nature. You’ll find yourself attempting to negotiate the environment and enemies, lining up three or four targets for execution and then singling out a single enemy for a melee takedown.

When your plan works flawlessly you feel like a deadly ninja with a gun and a supreme tactician to boot. When it fails badly, however, you’ll quickly rush to mop up the mess you’ve just created. You can sneak back into the shadows and hope the enemy troops don’t find you; a task made easier if you unleash one of your gadgets to serve as a distraction such as an EMP or frag grenade. You can also try dealing with the remaining troops in an out-and-out gun fight, being careful to pick off anyone moving out of cover in an attempt to flank you. By making clever use of your ‘last known position’ you should be able to return the favour, flanking the enemies as they presume to close in on your position.

There are also interrogation scenes which essentially allow you to beat the crap out of someone using interactions with the environment. This usually involves something painful happening to the other person’s head – be it burnt on a stove, slammed into a door, kicked (several times), smashed against television sets, whacked against urinals, etc. You get the picture. Yes, they do become repetitive, but they’re good, mindless fun the first few times.

Splinter Cell: Conviction is a good looking game and this is in large part thanks to some unique and distinctive lighting and colour effects. Take for example the contrast between the black and white hue that descends on the screen when you’re hidden in the shadows versus the vibrant colours which reassert themselves when you’re out in the open. Not only is it a crucial gameplay aid, but it’s also a neat effect which gives the game more personality.

Perhaps the best example of Conviction’s unique graphical personality is the use of projective text. Instead of delivering your mission briefings via simple text boxes, the key pieces of text are projected onto the surface of the game world in massive lettering. Whole buildings sometimes light up with words and not only is this a great graphical design, but as with the black and white/colour contrasting it’s extremely useful. It telegraphs key locations for you or kindly points the way at just the right moment. Always carefully positioned, always striking to look at, it’s certainly one of the presentational highlights of Conviction.

Sam’s character model is well detailed and brilliantly animated as well. His movements are fluid and smooth and this makes him feel all the more like a deadly assassin. However, there’s always a ‘but’ and Conviction is no different in that respect. Whilst strong, the graphics are certainly not up there with the best of this generation. Enemy character models feel somewhat lacking in detail, screen tearing is present and accounted for, there’s a slight unevenness and pixilation on the edges of some objects that only narrowly avoid being classed as ‘jagged’. Once you’ve begun the ‘mark and execute’ animation sequence, bullets will sometimes pass through walls or other objects that your enemy has since moved behind. Nothing too major, but enough issues to keep the presentation score grounded.

Sound presentation is another of Conviction’s strong points. The voice acting is excellent, particularly that of Michael Ironside who once again returns to voice Sam Fisher. His gritty voice really suits the unshaven rogue that Fisher has become. The in-game soundtrack is also superb and varied, as are the sound effects. One downside is the loading screens are quite jarring, so it’s fortunate that there’s no formal loading between levels.

The single player campaign clocked in at just under 6 hours on normal difficulty. There’s also a ‘realistic’ difficulty setting which makes a second playthrough quite rewarding since it forces you to forward plan much more so than on normal difficulty and restricts the viability of shooting your way through the game. The longevity of the game is also increased by the ‘PEC Challenge’ system. By completing certain challenges you’re rewarded with points which you can then use to upgrade your weapons, gadgets, and outfits. The system is persistent throughout the game and all of the different game modes, so you’re always working towards completing your PEC Challenges and earning those points.

As well as the single player campaign there’s also a separate cooperative campaign, which took 4 ½ hours to complete on normal difficulty and can be played offline using split screen or online multiplayer with a friend or via public matchmaking. Acting as a prologue to the events in the single player campaign, the co-op campaign features unique levels and introduces additional elements to the gameplay, including the ability to revive each other and assist your teammate with his mark and execute moves. In itself, two players already mixes up the gameplay. Add in the varied mission objectives and the co-op campaign really does add a whole new layer to the Splinter Cell experience.

Conviction also includes ‘Deniable Ops’ which can be played single player against the AI or offline split screen/online multiplayer with the aid of a teammate. There are 3 game types: Hunter, Infiltration and Last Stand, all of which play out over a whole host of maps taken from the single player campaign. Enemies vary in their placement from one game to the next, so it’s a little bit different each time you play it. You’re also able to equip custom load-outs using items you’ve unlocked throughout the rest of the game.

Each of the 3 game types features sandbox-like levels with scenarios similar to some of those found elsewhere in the game. It’s not that far removed from the gameplay found in the story campaigns, but there are slight twists which make these game types stand out. In ‘Hunter’, you’re challenged with killing a set number of enemies on each level before moving on to the next stage. The aim is to despatch them all without being detected and failure to do so results in an extra 10 enemies randomly spawning. ‘Infiltration’ - which is unlocked in-game via Ubisoft’s Uplay system - is the same setup as before, however it’s much more difficult, not least because the penalty for being detected is having to start over from scratch. It’s the game type most likely to satisfy those Splinter Cell purists out there. ‘Last Stand’ is a much livelier affair that requires quick thinking. You’re tasked with defending an EMP device against waves of enemies that will storm the level and start shooting at it, so there’s no time to stop and plan. Finally, there’s also an adversarial ‘Face Off’ mode where two players go head-to-head on a map full of AI enemies.

Sam’s change of persona has coincided with a radical reinvention of Splinter Cell’s gameplay design; a necessary reinvention for the series in this era of gaming, it’s brought it right up-to-date. Core stealth gameplay has been mixed with modern weaponry, gadgets, and the strength and skill of an assassin to make Sam a true predator at last. With a wealth of unique content, strong replayability, a single player campaign that goes from strength to strength, great presentation, and rewarding, addictive gameplay, this is not a game to pass up lightly. Splinter Cell: Conviction is a more accessible game than many fans will have to come to expect or want from the series, and yes, in some cases that will be seen as a euphemism for dumbing down or lowering the difficulty, but it makes Conviction an unrivalled, fast-paced stealth action game, that - most crucially - is simply a joy to play.