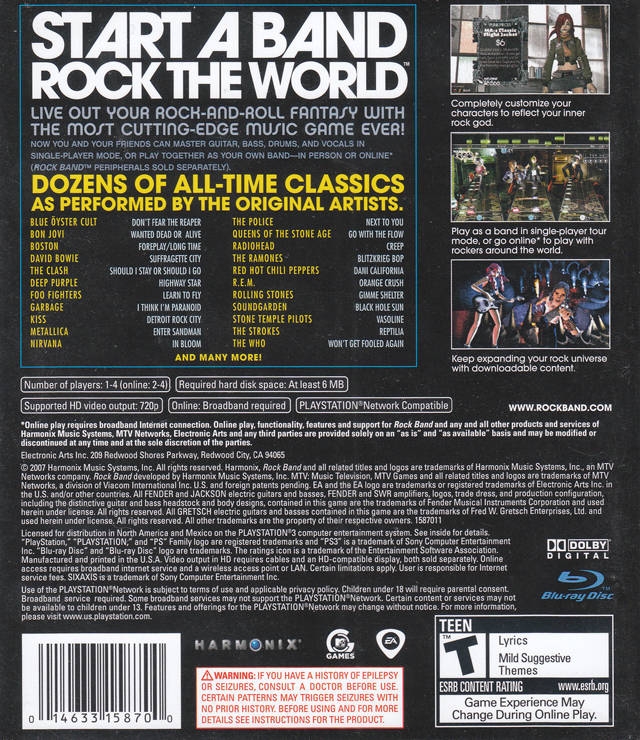 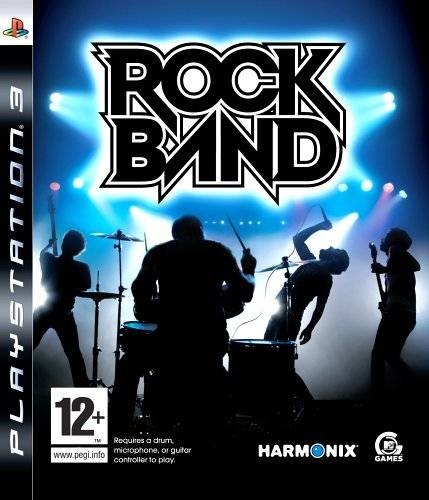 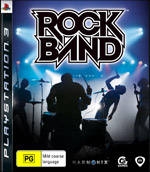 This is how you stop a juggernaut you invented.

Every inventor fears the day when their invention will inevitably turn on them. And rest assured, a creation will always betray its maker. Well, perhaps that is a little dramatic, but for Harmonix it’s a fear that has become reality. The Guitar Hero series, first developed by the Cambridge-based developer, has become both a juggernaut and, ironically, Harmonix’ greatest competitor. So the question is raised: “How do you compete against such a popular franchise?” For the music-game designers at Harmonix, the answer was simple; innovate.

The core game mechanic in Rock Band is almost completely the same as previous Guitar Hero releases. The game revolves around a metronome that has “notes” falling towards it on a track. The notes come in four to five colors, depending on the instrument. The point of the game is to input the correct color at the correct time. On the easy difficulty this task feels much like a Simon Says quest, but on harder difficulties the game play transforms into a fast paced ordeal. In order to survive such a challenge the player will need to rely on rhythmic timing and cat-like reflexes.

The input system designed for Rock Band is the true genius behind the game. Like in previous Guitar Hero games, a toy guitar is included. The idea is that in order to hit a note the player would be required to gesture hitting the note as if playing a real guitar. This is achieved by placing five buttons on the neck that match the five colors located on the metronome on screen. As a note of a certain color falls towards the metronome the player will hold the button of the corresponding color on the neck of the guitar. Then as the note slides across the metronome the player will strum on the strumming mechanism placed on the body of the guitar. The gameplay is simple yet profound in both its feel and design.

Unlike Guitar Hero, Rock Band adds two more input devices that leave the veritable Guitar Hero series in the proverbial dust. These devices are the drums and singing microphone. The drums work much like the guitar does, but with a couple major differences. Instead of holding a button and strumming to play a note, a drummer will simply use the drum sticks to hit the correctly colored drum as the note slides across the metronome. The drums have only four colors; one less than the guitar. To make up for this deficiency, the second difference was added; the bass pedal. The bass pedal is a simple pedal device that is pushed down by the drummer’s foot. A gold bar will fall towards the metronome, and like notes, this bar indicates an input, in this case the depression of the bass pedal. I cannot personally give enough praises and accolades to Harmonix for the design behind the drumming. It works very well and feels extremely natural, and like the guitar it couples a simple game mechanic with a very easy-to-understand input device.

The microphone also is a welcomed addition. Again the developer turned to their previous experience to create a great playing option. In this case they turned to Karaoke Revolution. The vocal gameplay relies on pitch and rhythm. Scrolling from right to left are long bars on a rudimentary staff. On the left side is another metronome with an arrow indicating the vocalist's current pitch on the staff. The idea is to match the pitch at the metronome to the scrolling bars. Below the staff are the lyrics, which are printed simply on a “for your information” basis since the game does not score on singing the correct lyrics or for signing anything resembling words. Yes, it is possible to cheat by simply humming the correct pitch for the whole song, but doing so completely ruins any fun that can be had. Something that has been added to the singing game since the last Karaoke revolution is a rhythm based cowbell element. Vocalist will have to use the mic as a cowbell at certain times, usually during a solo. Also, using the same mechanic, there will be times that the vocalist will have to “rap” a lyric. Both the cowbell and rapping elements are simply looking for a staccato input, such as slamming the microphone against a palm or speaking a word or syllable.

Amalgamating all of these different elements together results in a truly magical multiplayer experience. This is where Rock Band rises over Guitar Hero. Despite the multiplayer efforts in all previous Guitar Hero games made by Harmonix, none of them achieved a true multiplayer experience like Rock Band. Four players will actually feel like a Rock group and teamwork becomes a paramount goal. Everything is designed to give a sense of camaraderie, from the scoring design to how a team mate can use Overdrive (previously Star Power) to save a failed band mate. On the left side a bar indicates how each band mate is performing and how much life the whole band has until they fail the set. Rock Band features two ways to take a group on the virtual road. There is Quickplay for an ad hoc game and Tour which allows a group of friends to form a band and start a journey around the world. In Tour a band will go from city to city playing various set lists and songs. This is a nice alternative to playing a laundry list of songs featured in previous Harmonix titles. For good measure, two competitive modes were also added, Tug of War and Score Duel, however neither of these are as compelling as the cooperative mode.

This game features very carefully selected music by Viacom through the MTV brand. They do know music and how to reach target demographics. They also have access to music and bands that Harmonix could not reach previously. Without a doubt, Rock Band features one of the greatest track lists available on a music game, albeit a little safe and conservative. In total Rock Band features 58 songs, with an amazing 51 of them being master recordings. The sound production is pristine and mistakes from each instrument track are accurately portrayed. Viacom also plans to strongly support Rock Band as a music delivery platform and since release has added new downloadable content on a weekly basis (Tuesday for Xbox Live and Thursday for Playstation Network).

Despite everything that Rock Band does right, there are some hiccups along the way. The game woefully under delivers to hardcore and single player music game fans. The difficulty is not high, even in hard and expert songs and the single player Tour reverts back to the laundry-list design and does not make a world tour available. Also the avatars that can be made are fairly shallow, only allowing some customization options for clothing. They cannot be ported to other instruments or gamertags (Xbox 360). Finally, Rock Band features very noticeable load times which will creep up before each song plays and after each song in a multiple song set list. The presentation seems schizophrenic as the music and graphical design is top notch, but other areas, like the loading and single player approach, are sloppy at best.

Rock Band has ushered in a new era of rhythm based games. No longer will these be single player experiences. Music is a very social aspect of life and Rock Band successfully epitomizes a social nature. The gameplay this game offers is among the best this decade. This is further augmented by the incredible value Viacom has added by releasing new content. The presentation is not perfect, but the sound production and music videos and animations are beautiful. Rock Band is more than equipped to become the premier name in music games.