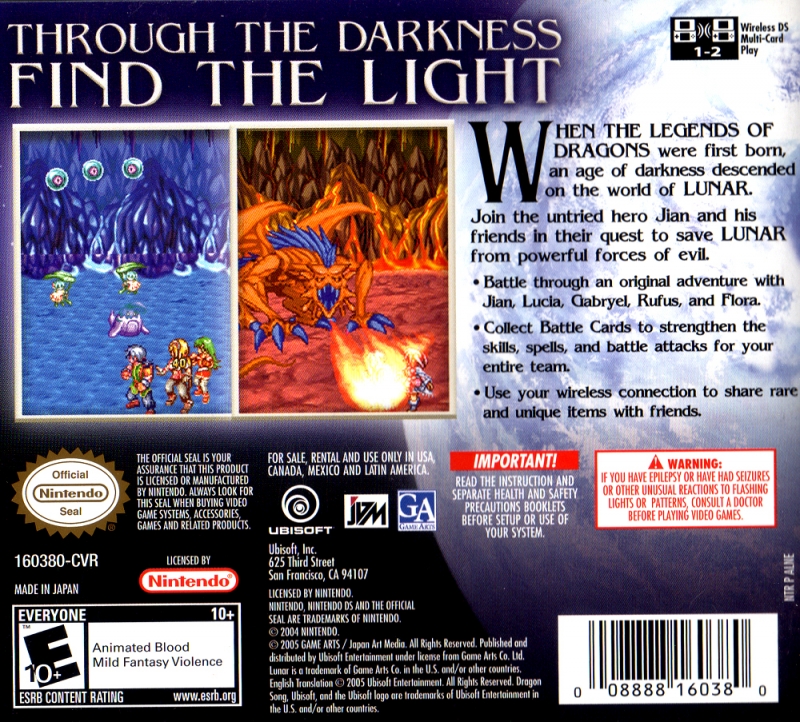 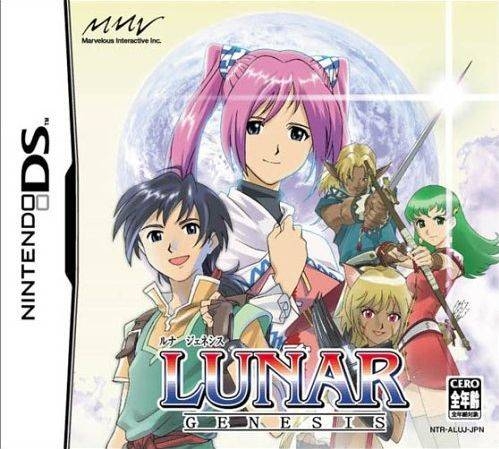 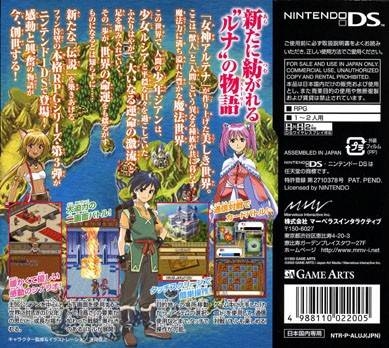 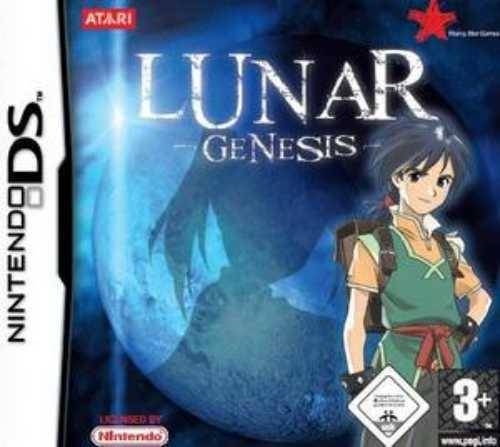 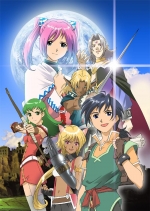 One DS game that deserves a little more love than it got is Lunar: Dragon Song. I purchased Lunar: Dragon Song a few years ago even though I had read some pretty bad reviews for the game on a few websites. Yes Lunar is a tad unconventional, but sometimes unconventionality is good. I remember all the bad press a game called Unlimited Saga garnered from the gaming press. This game was almost too unconventional for its own good, as it had no map navigation outside of a board game-like movement system and scripted D&D style encounters, as well as a slot machine driven battle and combo system. Once you found out how the game worked it was pretty fun. By no means was it a great RPG, but it did not deserve the 4/10 that it received from most reviewers. It seems that in order to enjoy a game you need to really take the game in, and not expect greatness in the first 5 minutes.

Let me start out by saying that Lunar: Dragon Song is not for everybody. In fact I can’t really say it’s at the top of my own list of RPGs. I will even go as far as saying that it’s the worst Lunar game that has come out. Aside from that, I would like to keep from doing what all the other reviewers have been doing: scaring people away from a game they might like. This game is far from perfect, but if you give it a chance it is at least enjoyable.

Here is what this particular Lunar game is all about, good and bad. These are the three most contested points I have seen for the game, and I will try to show both sides of them:

That couldn't possibly be a secret entrance

Lunar: Dragon Song features an odd battle system. The player progresses through the game in one of two ways, but both are necessary to complete the game. Combat mode is essentially pretty standard, as you battle enemies and gain items necessary to your missions, which include finding things in the woods and delivering them to people. The reason you cannot stay in this mode is that once in combat mode you will gain no 'Althena Tribute' (experience points), so you must also fight using the Virtue mode.

Virtue mode is strange because it is the only way you can actually progress through the game. As you walk on to an area you will notice that an indicator on the lower screen contains a series of check boxes related to the number of enemies in said environment. Once you kill one of the monsters, it is considered 'purified'. This checks one of those check boxes and a pocket watch begins a one minute countdown. At this point you can either find another enemy to reset the clock or let the timer run out, which respawns the enemy. Once all of the check boxes are checked in succession you will gain 30% of your HP/MP and be able to unlock that area's blue chest, which usually contains powerful items.

The map is fairly easy to use

This fighting system has it pros and cons. It keeps players from artificially leveling up to level 80 bajillion before they should, while making you actually work for money in the game. The game has the old standard of raising boss stats as you level up, so if you get insanely powerful too fast really dumb bosses will destroy you without hesitation.

As you step into an actual battle, you will notice that the developers have stripped the ability to actually choose which monster or boss you actually attack. This is odd because, for the most part, they have not added any replacement feature as a strategic element, unless the strategy itself is that you are fighting random monsters. This can have some bad effects to battles as it almost always seems like a battle goes like this: In a normal battle containing the fictitious party of Satan and two butterflies (Satan is not really in the game as far as I know), Satan will always be the last thing you attack, thus meaning you have to endure more of his uber-powerful attacks than you would prefer to. However, once you level up to a substantial point this becomes less and less of an issue as the monsters are not that hard.

Another nice titbit is that you can hold down 'R' to speed up battles, and in order to run you actually have to yell into the DS, although blowing into it works just fine, as screaming 'RUN!' will make you look foolish in public. One oddity to the game is the way traveling is handled, and this is my biggest gripe. When you walk around on the world map you are fine, but if you decide to run you will lose 1hp for around every 5 seconds you run, making some forested areas insanely tedious to navigate. The programmers did this in order to keep people from running all the time, but I think a simple stamina bar, as seen in quite a few other RPGs, would have been better. At low levels this 'run and you die' situation can be deadly, although it alleviated by leveling up your characters to a decent point.

The good side to traveling is that the towns/cities have been streamlined so that you do not have to walk around forever to trigger events. A town shows up as a static picture of said town, along with an icon representing your character on a grid. Move your character over to whatever spot you want and click on it to enter, or simply use the stylus to pick the exact spot you want to step into.

An example of the sometimes sloppy text

DS functionality for Lunar: Dragon Song is a mixed bag. Lunar doesn't really take advantage of the DS very well, the graphics are almost 16 bit and suffer from the same 're-sizing' problem that Xenogears for the PSX had with its sprites, i.e. they look blocky when they are shown close up. This also holds true for the sound, as the trademark music, singing themes and many other staples of the series have been reduced to 16 bit style. While this would normally not be a bad thing for a retro throwback game, Lunar has always had these things in common, even on the Sega CD.

That said, battles do take advantage of the DS by playing out on both screens, with flying enemies on the top screen and land monsters on the bottom screen. Then when you kill a ground monster a flying one comes down to take its place. You can connect via wireless LAN and share or trade rare and unique items. And you can save at any time for on-the-go gaming.

In conclusion, if I wasn't so sure this was made especially for the DS it would almost seem like a GBA game. I almost wish the programmers had challenged themselves more, as the presentation is really what hurts this game. Not only is the game not exactly great looking, it also seems rushed. The dialog is more akin to that of old games like Breath of Fire II than modern RPGs, and is full of typos. Because of this, the game has this 'old school' feeling to it, which is actually why I like the game, but for others this will be a point of ridicule. Personally, I liked the brash battle system and leveling system because it made the game harder than it would have been normally. It's crazy how much you need to know your characters when you can't actually pick which monster to attack. This hurts the overall value of the game, as many will not be willing to shell out $30.00 USD for a sloppy game when much better RPGs exist on the system. There is a bonus card-based game on the cart, but it is hardly a huge selling point. And although the game does end up being something like 25-30 hours long, much of this is because you have to level up in two ways to make a lot of progress in the game. In short, rent Lunar: Dragon Song to see if you like it first.