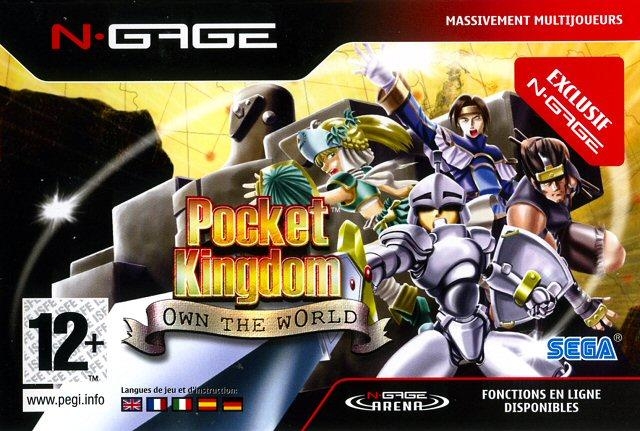 Pocket Kingdom: Own the World (NGage)

The Map of Ulgress is in absolute chaos and advancing forces threaten the peace of your modest Pocket Kingdom! With only a handful of loot and a few trusted advisors, you must gather an army. The world’s first massively multiplayer mobile online game – only on N-Gage. Command over 100 fantasy units, from golems to lycanthropes to high elves. Equip your units wisely, choosing from over 250 items. Over 400 castle configurations. Explore Ulgress to collect the valuable resources you’ll need to forge devastating weapons and impenetrable armors. Build up funds in the N-Gage Arena auctions by selling off what you don’t need, and find a deal or two while you’re there. Gain experience in 1-player mode by defeating AI enemies; then, when you’re ready, enter the N-Gage Arena and declare war on the castles of players from across the globe. "N-Gage Arena Bosses" guard the way to higher levels of play, so you’re not pestered by those wet-behind-the-ears wannabes – until they outclass you, that is!