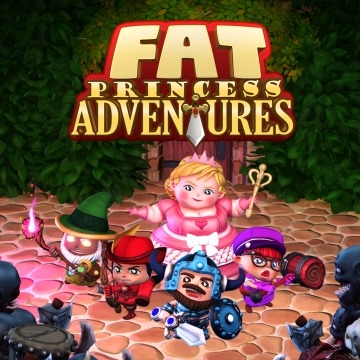 Fan-favorite Fat Princess will make her delicious debut on the PlayStation 4 system with the release of Fat Princess Adventures in 2015. Cooked up by the minds that brought you the original game, this new co-op adventure from Fun Bits Interactive serves up a generous helping of the cheeky light-hearted humor that made the PlayStation 3 game a hit. Up to four friends can team up for a not-so-epic adventure to slay monsters, steal loot, rescue the princesses, gobble cake, and defeat the evil Bitter Queen. Your band of comrades will stab, smash, grab and grub your way through the land of Great Bitten with all the mischief that you would expect from a Fat Princess RPG.