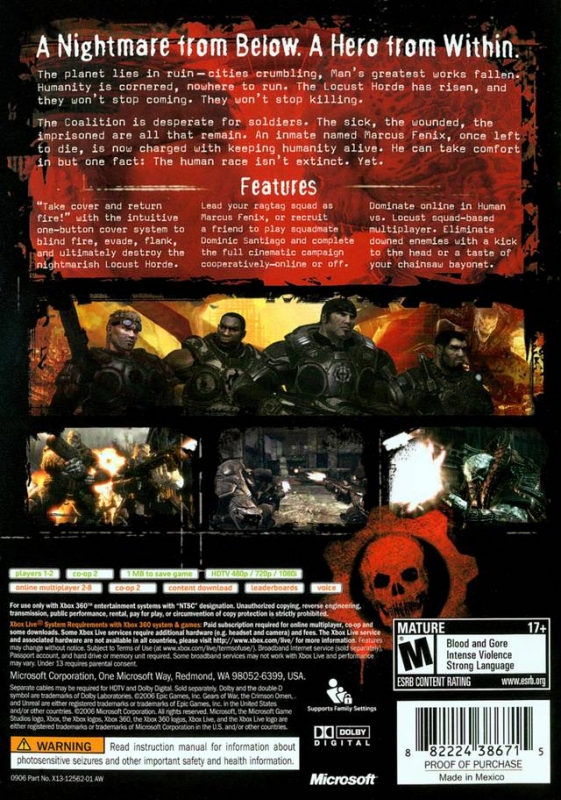 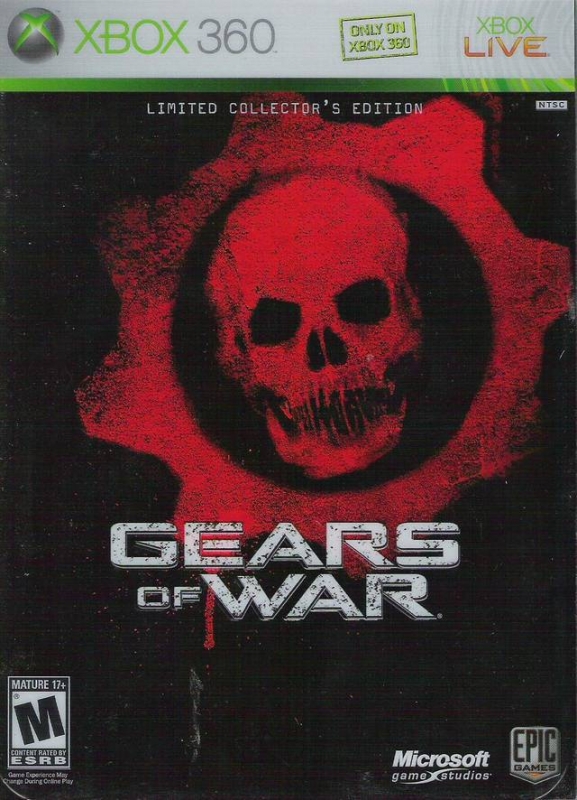 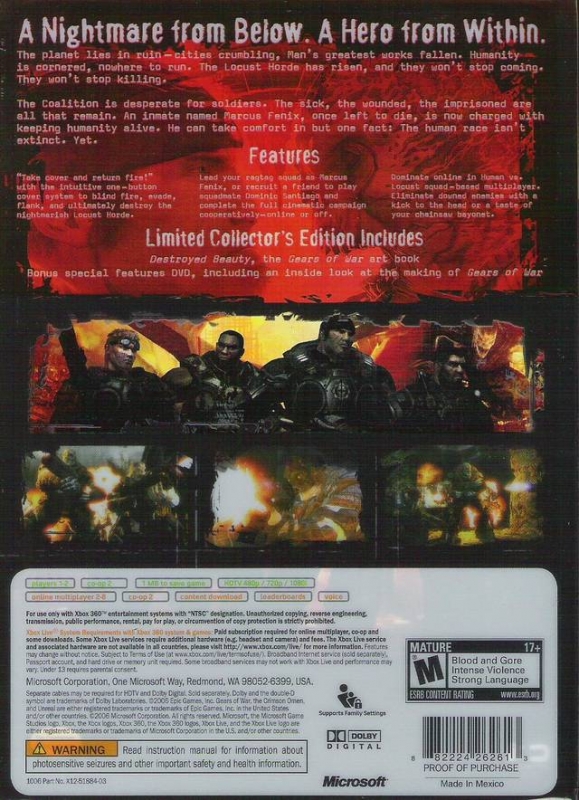 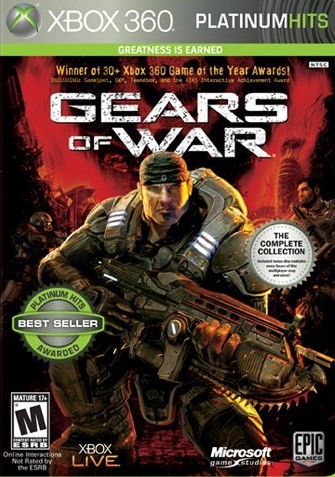 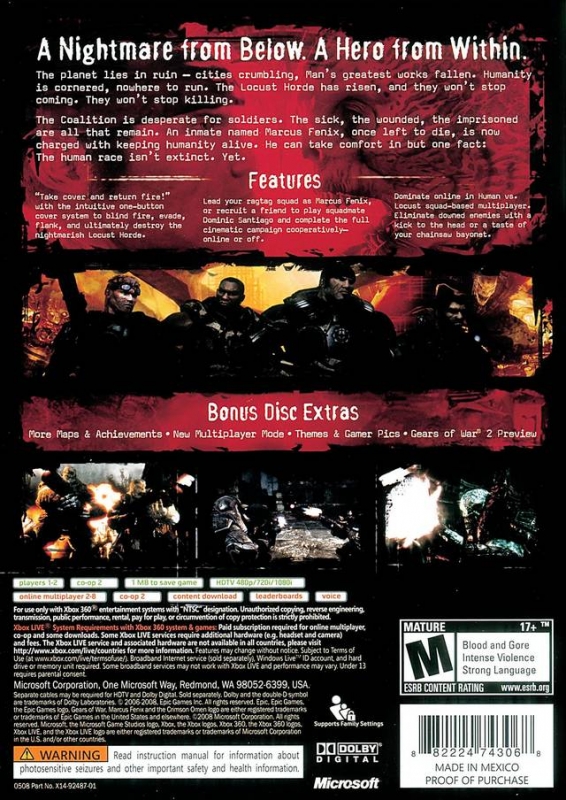 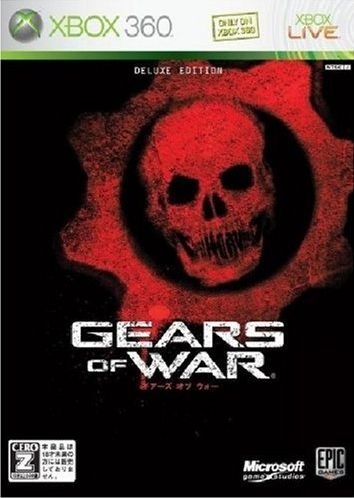 "Sometimes games are popular because they're just that good."

Epic Games' entry into the console game space in a big way. First legitimate competitive 3rd person shooter of significance and possibly the greatest graphics to ever grace the screen of a television plugged into a console. The game is definitely gory and violent with lots of blood and splatter involved.

The story is centered around a group of soldiers or 'Gears' that are engaged in a series of missions fighting their way through hordes of the Locust, a race of creatures that emerge from under ground to battle the humans of the planet Sera. You take the leadership of this group of Gears as Marcus Fenix and the whole campaign is centered around squad combat and the use of cover and flanking to a significant extent.

Definitely one of the most innovative (if not most) shooters of recent years, the decision to with a 3rd person perspective and the implementation of a cover system change the mechanics of the game from your average shooter and really add a lot to the experience.

The campaign component of the game is roughly 5-8 hours long and has both single player, two player offline co-op and online 2 player co-op. Playing with someone else through the campaign makes it a much funner experience and brings the squad combat to the forefront even more than the game normally does.

The multiplayer game is 4 on 4 multiplayer with 4 modes: Warzone (team deathmatch), Execution (team deathmatch with the ability to revive fallen comrades for a short time), Assassination (killing the other team's designated leader) and Annex (king of the hill).

Except for Annex, the multiplayer modes don't have timed respawns like other shooters do. Essentially each round is a battle of its own. This makes for a very frantic and competitive series of rounds where each player's role is maximized beacause of the small teams.

Online downloadable content has been added and more is on the way in the form of maps and new modes (Annex was added as a downloadable) so the game has continually improving online experience.

With some of the best visuals in any game ever and really interesting gameplay mechanics, good single player levels and very addictive and competitive multiplayer game, this is a must for every 360 owner who isn't turned off by the violence.