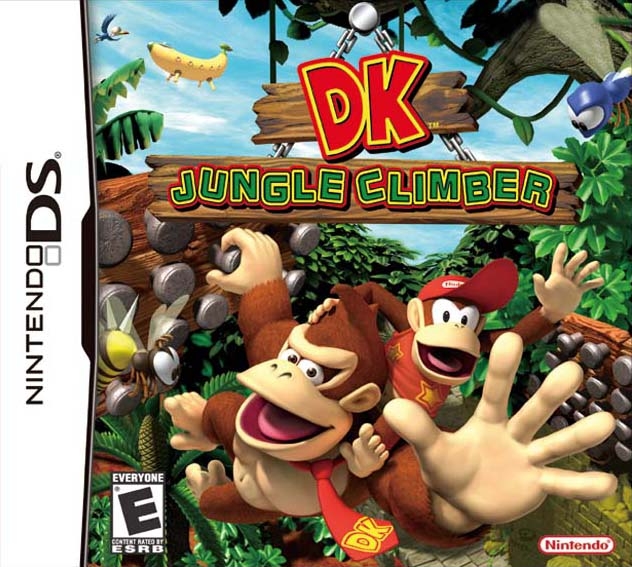 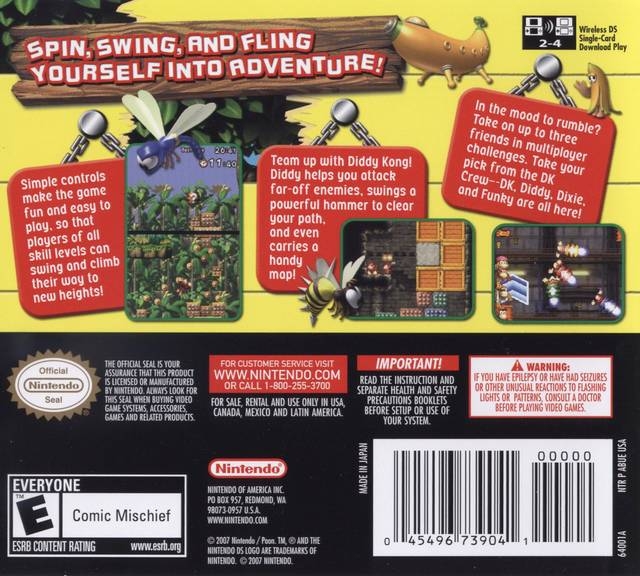 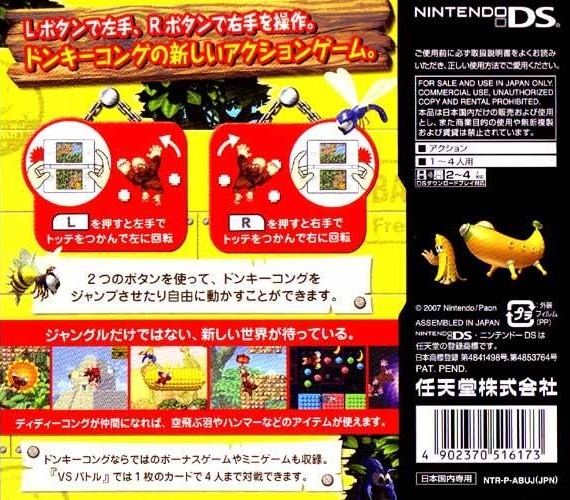 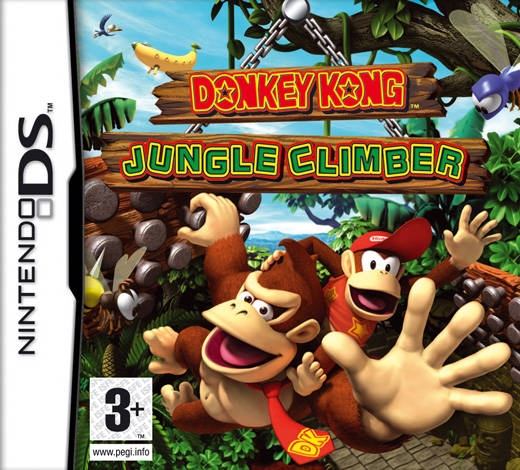 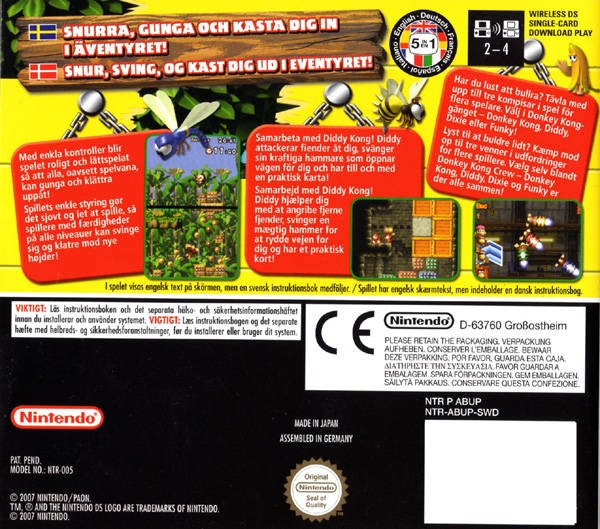 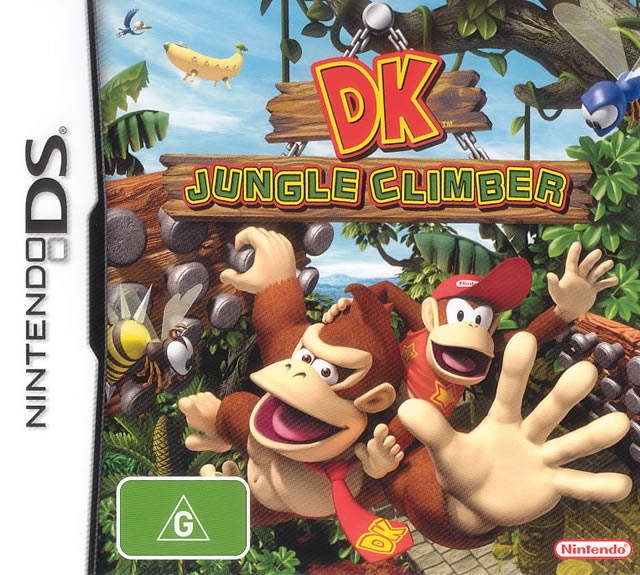 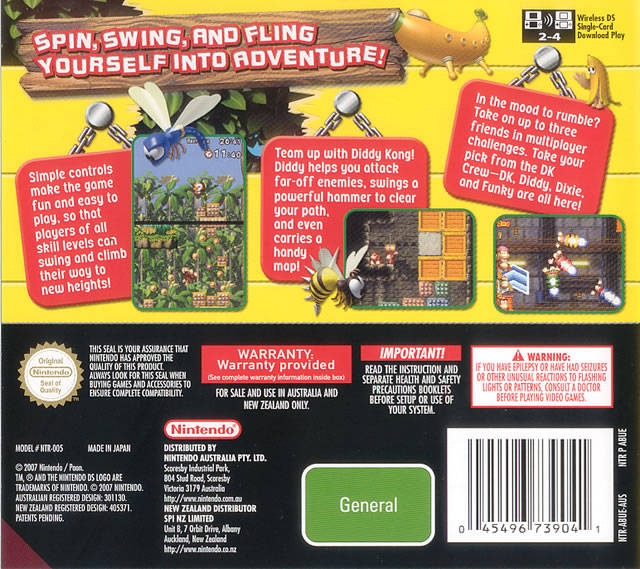 DK: Jungle Climber is a platforming video game developed by Paon and published by Nintendo for the Nintendo DS handheld video game console. It was released in Japan on August 9, 2007.

DK: Jungle Climber is the sequel to DK: King of Swing for the Game Boy Advance, featuring similar gameplay. However, the visuals have been designed to more closely resemble Donkey Kong Country and to add dual screen support.

Like DK: King of Swing, DK: Jungle Climber features Donkey Kong as the main character. To navigate the levels, you must hold down L and R to jump, and alternating between L and R allows Donkey Kong to hold onto or let go of the pegs on the levels. When Donkey Kong is only holding onto one peg, he will spin, allowing him to climb up the pegs. It features new moves, new items and minigames. It also uses the dual screens to give the illusion of one tall screen. The game features a multiplayer mode for up to four players.