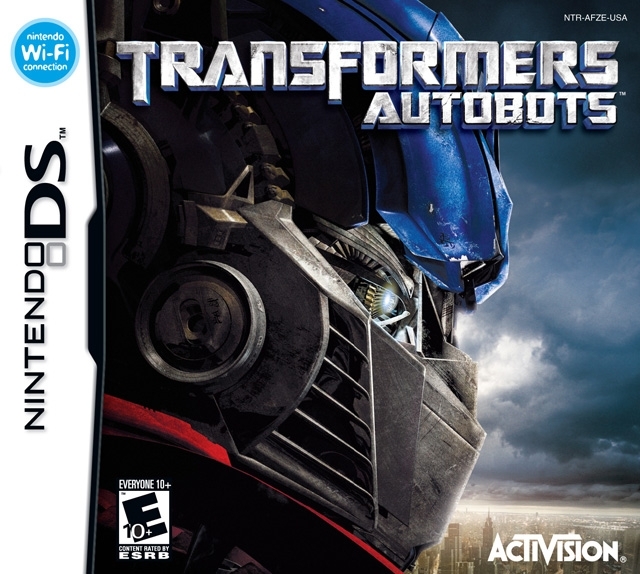 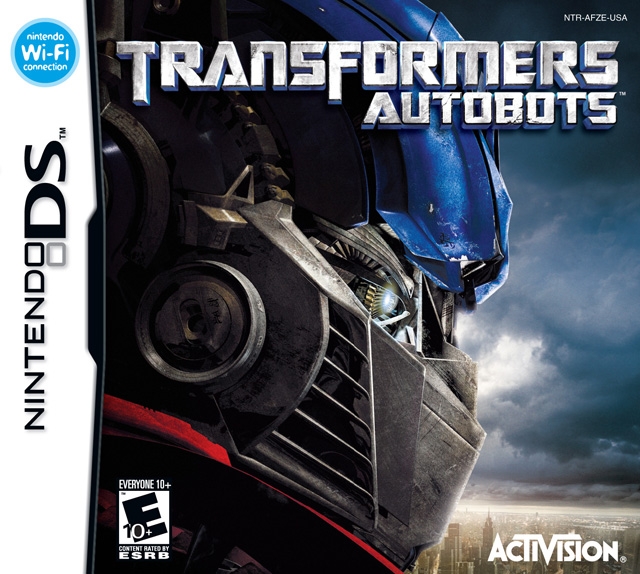 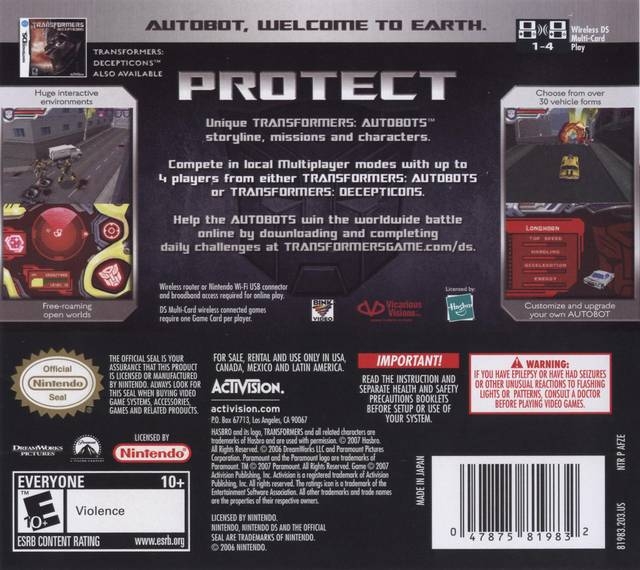 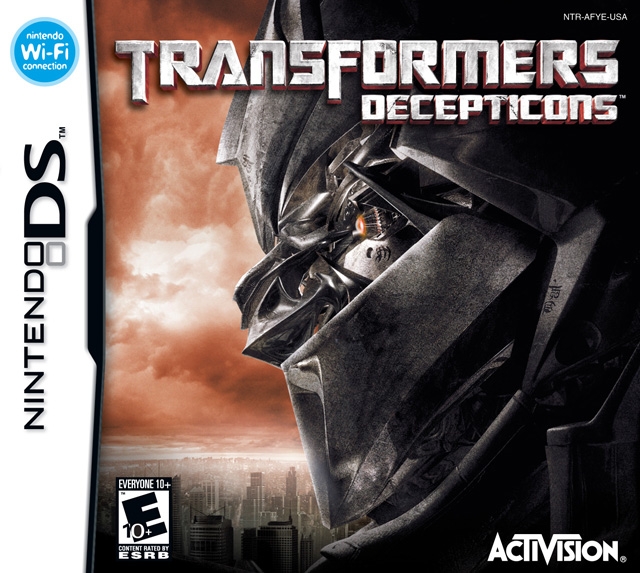 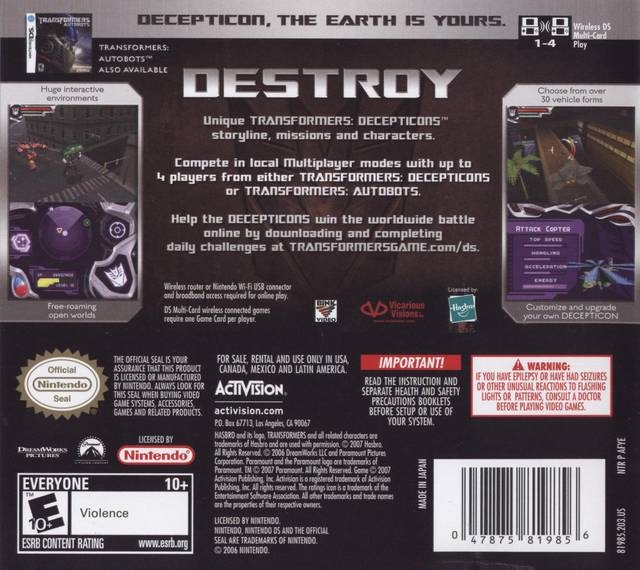 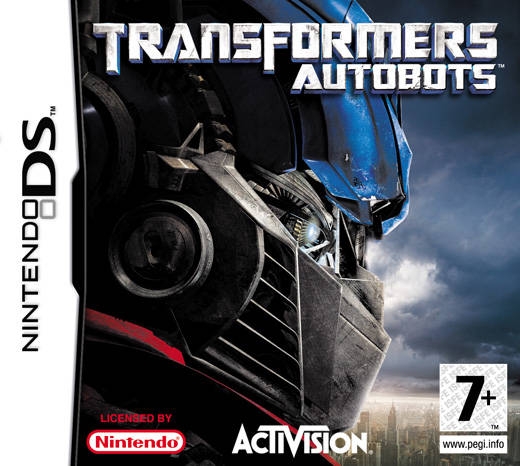 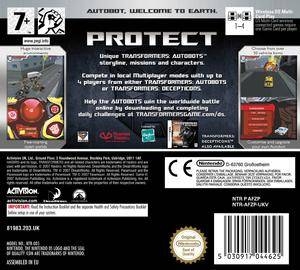 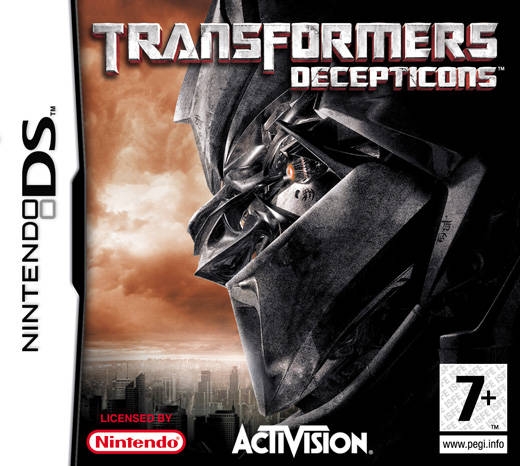 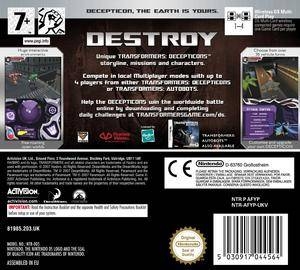 Transformers Autobots / Decepticons is a game based off the Transformers movie back in 2007. If you buy the Autobots version you'll be playing the role of the good guys and vise verso for the Decepticons version. In this game you go around completing missions and scanning other vehicles to allow you to transform into them. You also have to fight against either autobots/decepticons depending on the version you buy. You start out playing as a new autobot/decepticon and can later play as some more famous ones, suck as Optimus Prime, Bumblebee, and Megatron.