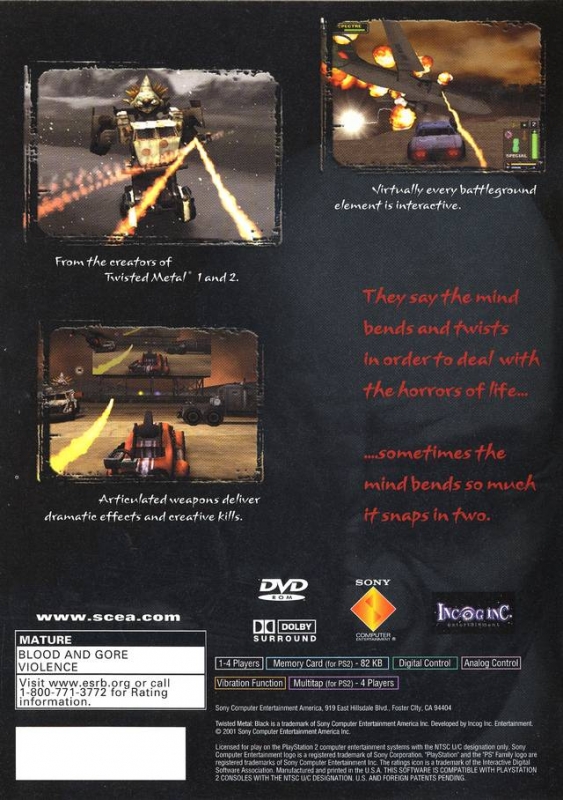 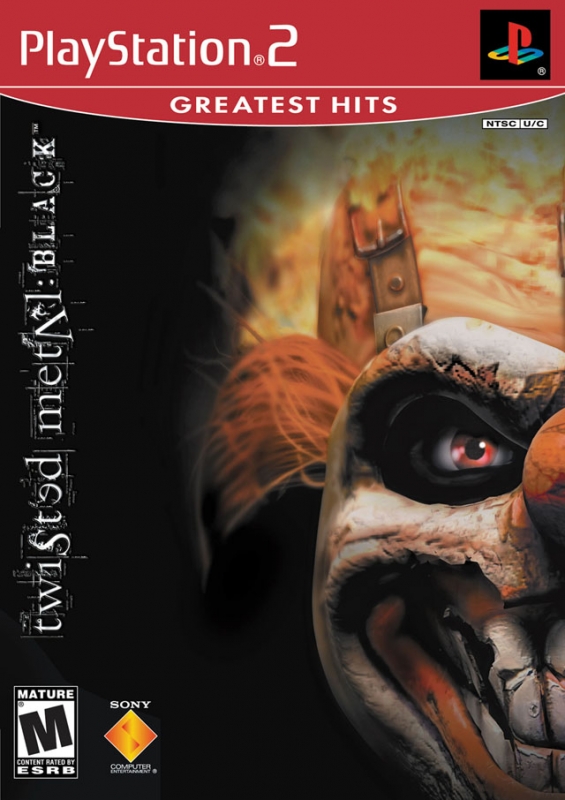 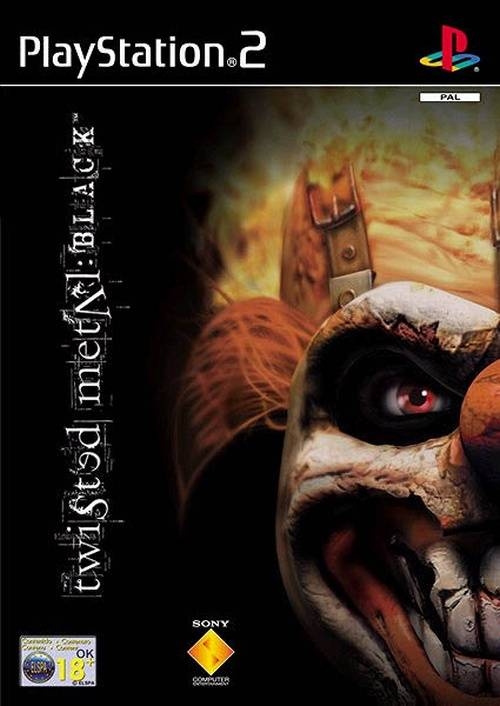 Prepare for the next chapter in car combat. Designed and developed by the makers of Twisted Metal and Twisted Metal 2, Twisted Metal: Black sends players on a deranged journey through a world rife with horror and desolation.

The infamous Calypso returns to host the ultimate contest of wreckage and devastation. Calypso has plucked a motley crew of contestants straight from the lunatic asylum, promising these otherwise doomed souls a chance to have one wish granted, should they emerge victorious in a deadly battle of twisted metal. As the carnage unfolds, so does the horrifying tale behind each of these tortured souls. Discover why these manic motorists were locked up. Slip into their minds, take a walk around their mental anguish, and come out screaming for more!