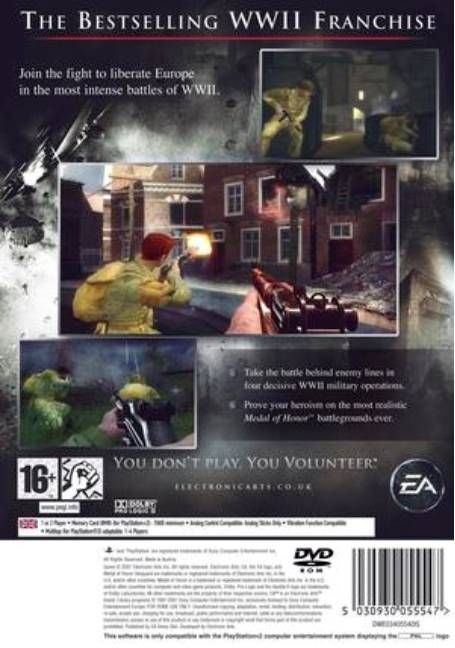 Medal of Honor Vanguard™ is the latest video game from EA’s acclaimed Medal of Honor™ franchise, credited with pioneering debut in 1999. Join the ranks of the elite 82nd Airborne Division as Corporal Frank Keegan in Medal of Honor Vanguard. From Operation Husky on the shores of Sicily to your Operation Varsity airdrop inside Nazi Germany, you’ll jump behind enemy lines to fight the epic WWII battles that turned America’s first paratroopers into heroes of WWII. Choose from a variety of authentic, customizable weapons at your disposal, each with distinct characteristics. Featuring spectacular graphics and all-out combat intensity, Medal of Honor Vanguard makes you the driving force in the struggle to liberate Europe. The Medal of Honor Vanguard development team continues to ensure that the ideals and integrity of the prestigious congressional Medal of Honor are accurately reflected in the game. The producers sought counsel from numerous expert sources to make certain the game is historically accurate and as true to the WWII experience as possible.