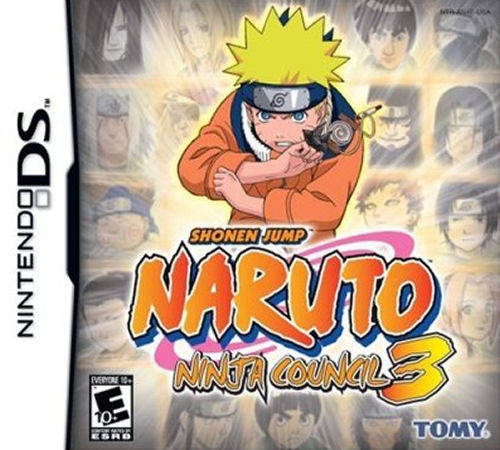 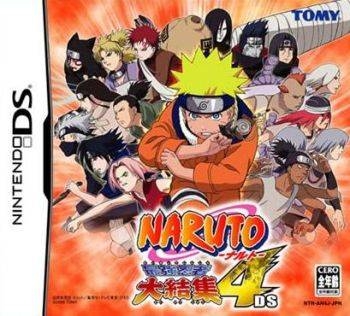 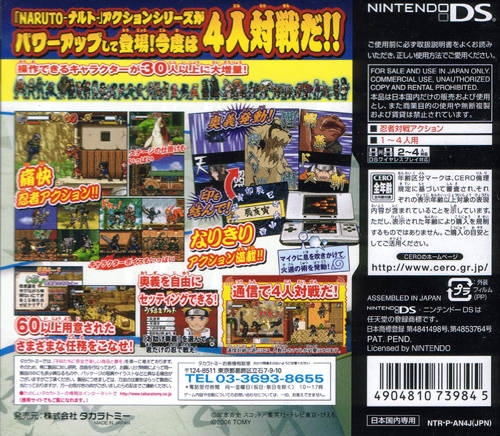 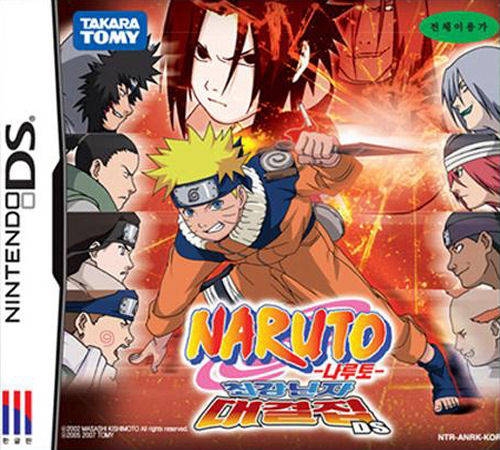 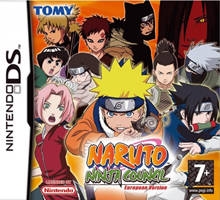 Naruto debuts on Nintendo DS! The hit series currently airing on Cartoon Network is appearing for the first time on Nintendo DS™ with NARUTO: Ninja Council 3! Following missions that are played out on the TV series, NARUTO: Ninja Council 3 delivers ninja action for 1-4 players. Battle your way to the top as Naruto, Sakura, Sasuke or many of the newly added characters using the DS stylus to master the ninja arts and complete assigned missions. Attack, defend or defeat – train like a ninja and perfect your techniques as you progress through the ranks. Are you Hokage material? Believe it! 27 playable characters – A huge improvement from Naruto: Ninja Council 2, which offered only 3 playable characters. Ninja Council 3 allows players to choose from 27 characters to complete their missions. But choose your characters wisely because different stages require different abilities. Interchangeable attack system - Select a character to be your main character to complete the mission. Then customize your attack scheme by selecting special techniques from other available characters. Increase your chance of success by combining the best techniques for the mission. Use the touch screen or microphone to activate special attacks – Utilize the special functionality of the DS to unleash special jutsu. For example swipe your thumb across the screen to summon your partner beast or blow into the microphone to increase the power of Sasuke’s Fire Style jutsu. 60+ missions to complete – With missions ranging from moderate to challenging set in 15 different environments from the world of Naruto, play again and again to perfect your ninja techniques. 4-Player wireless Versus battles – Versus modes include: Timed Mode, Scroll Collection Mode and Head-to-Head Versus Mode."