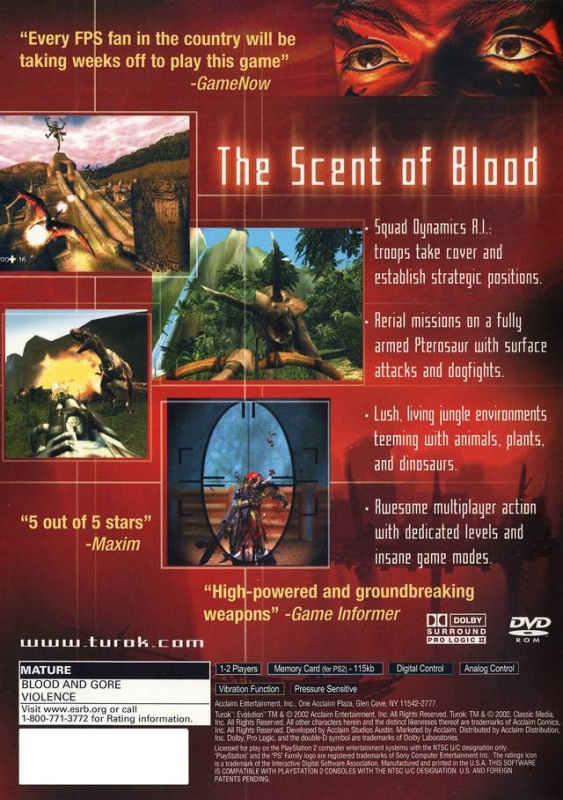 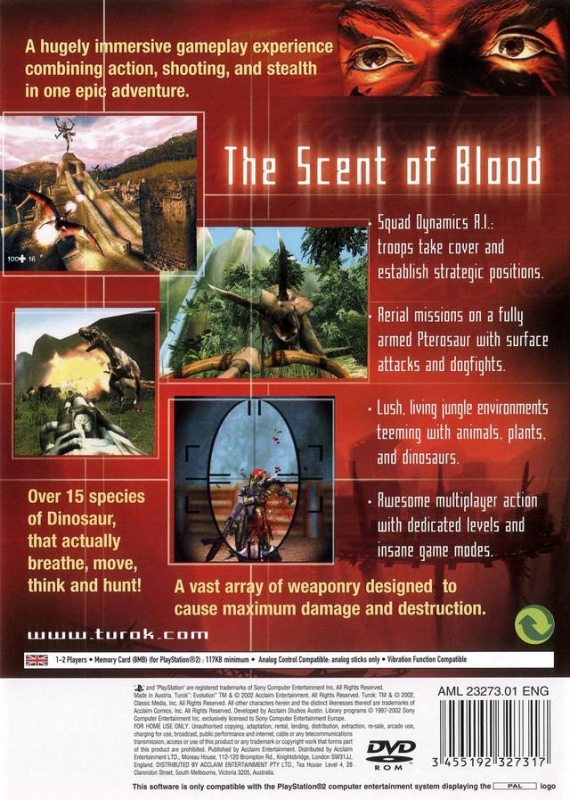 Driven into a prehistoric Lost World by a vicious conqueror who slaughtered his people, the warrior-brave Tal'Set finds himself on the hunt for the blood of all creatures stalking the Earth in Turok: Evolution for the PlayStation®2 computer entertainment system -- the first of the glorious and gory Turok series to unleash itself on PlayStation gamers! With vengeance in his heart and an incredible arsenal of weaponry at his finger tips, the fierce survivor will slash and burn his way through thick jungle forests and futuristic man-made installations as he seeks out those who have brought his ruined soul to this place. The road will be paved with casualties and destruction as the new Turok: Son of Stone makes his way to the lair of the oppressive lord Tyrannus, who has turned this land of feral dinosaurs and wild animals into an enslaved war zone. Breathtaking graphics, dynamic enemy and squad teammate AI, unspeakable weaponry and unprecedented environment interaction on land and in the sky will take your breath away and send blood hurtling through your shocked system.